Log In Register
You have permission to edit this article.
Edit
People + Profiles
Columns
Food + Dining
Home + Garden
Wellness + Fitness
The Best of Cobb
Share This
1 of 13 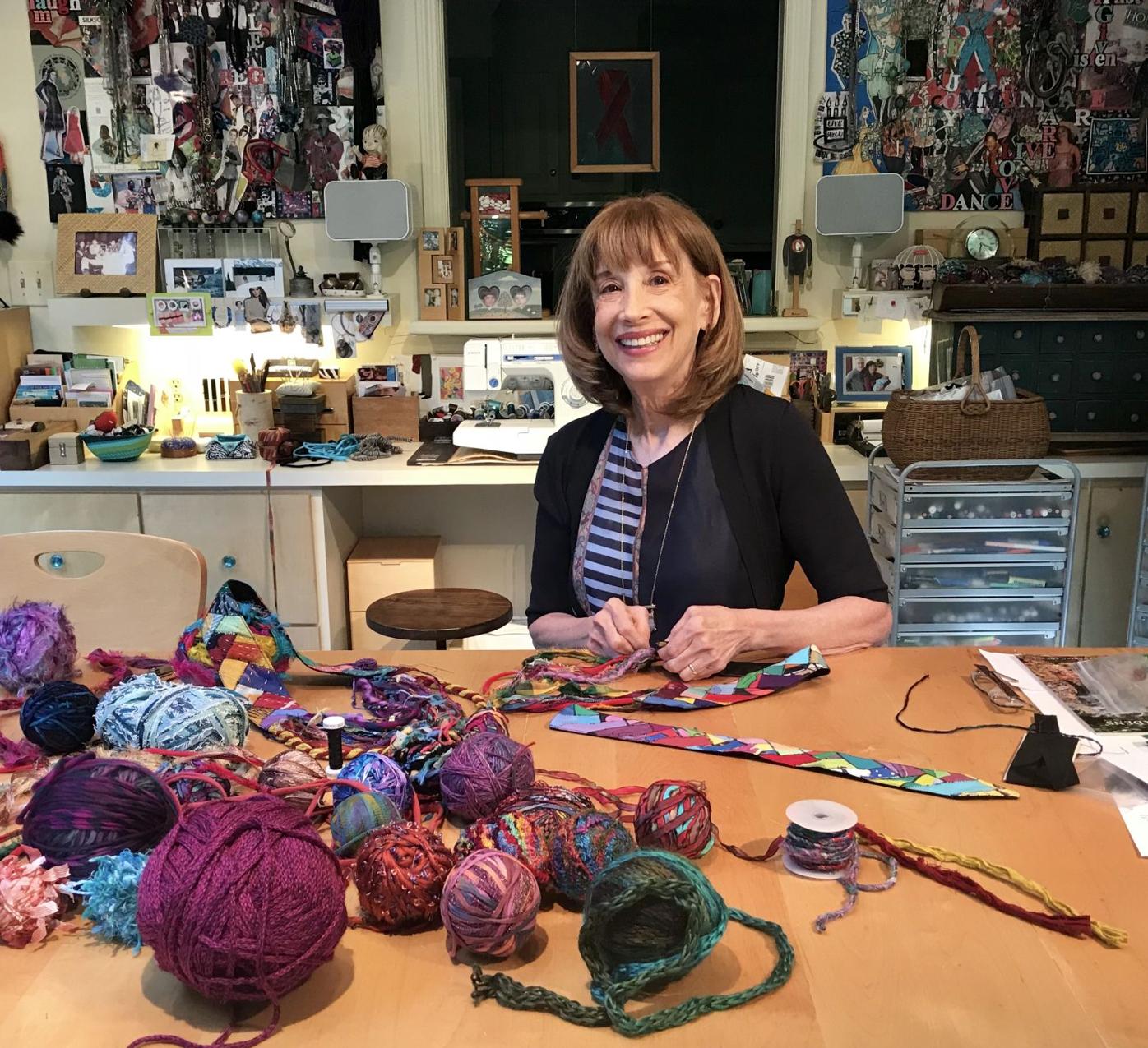 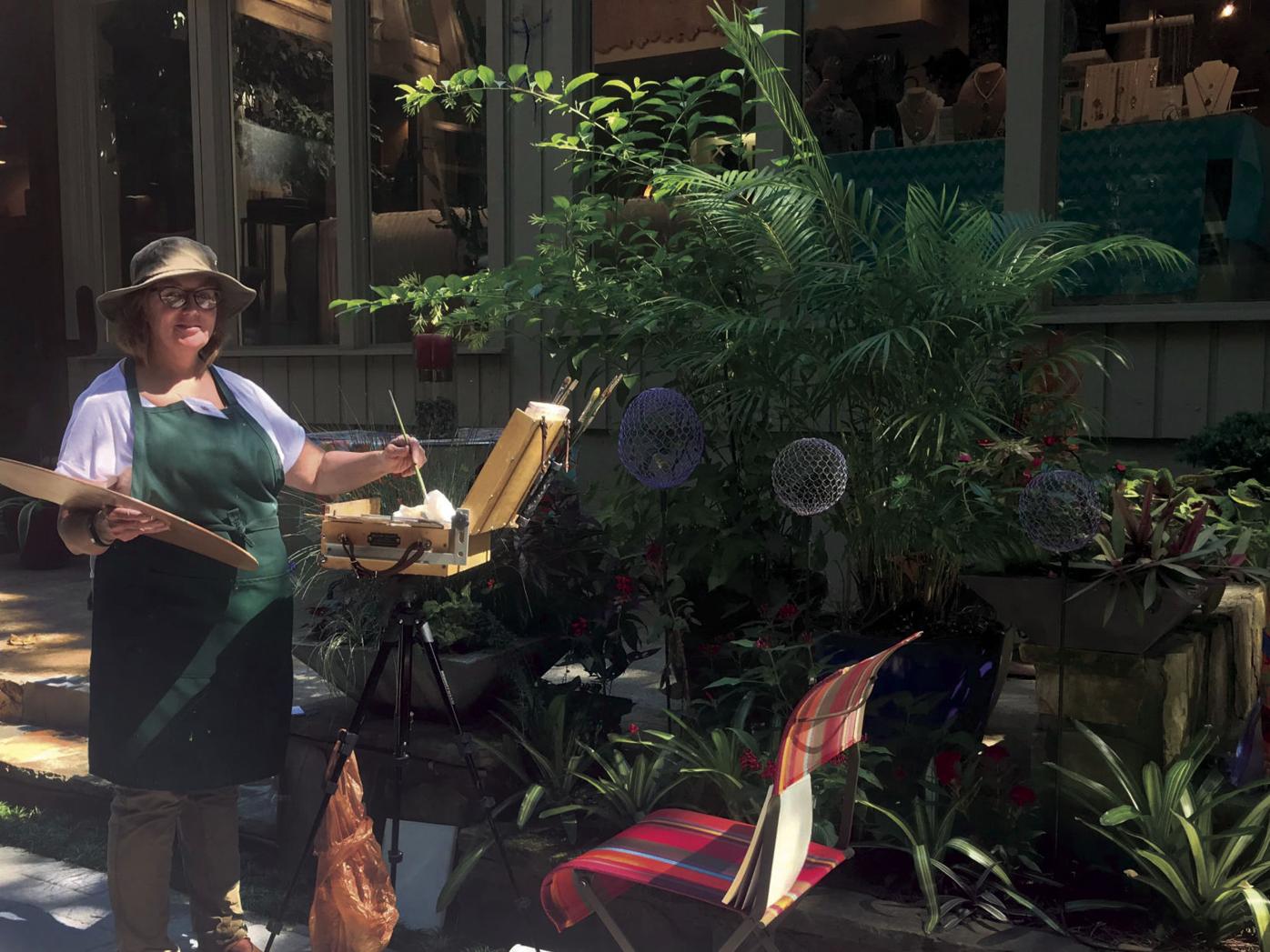 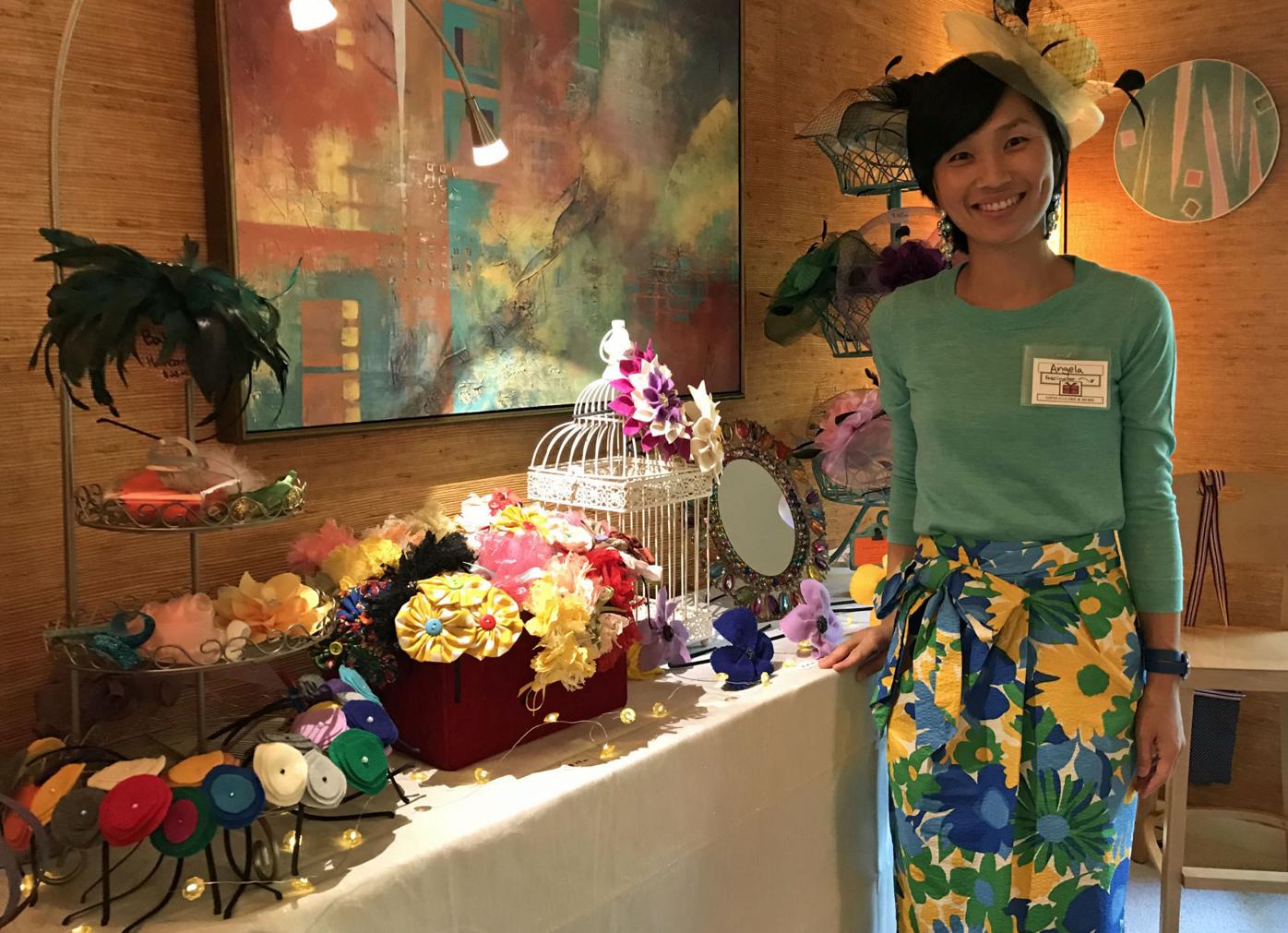 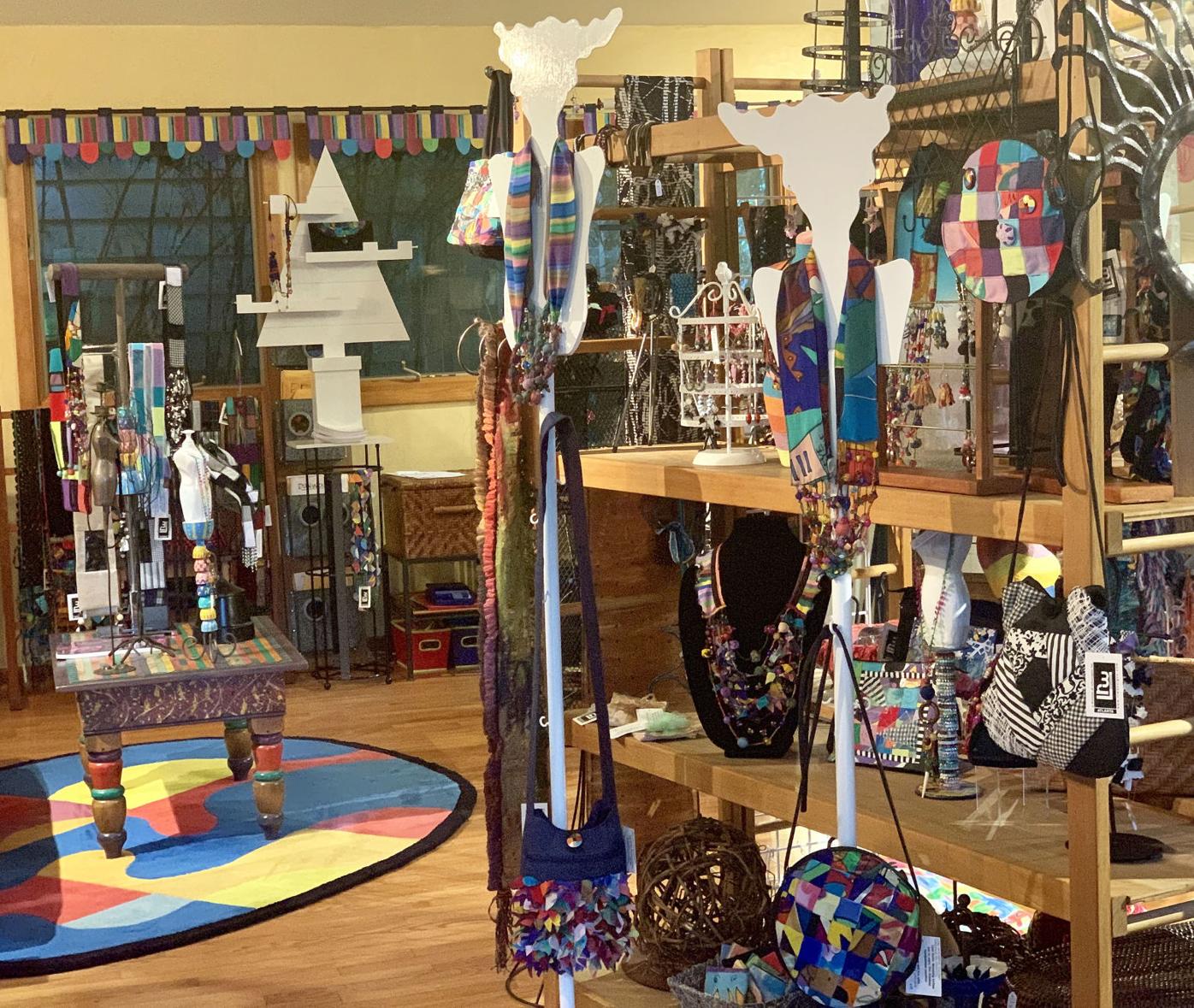 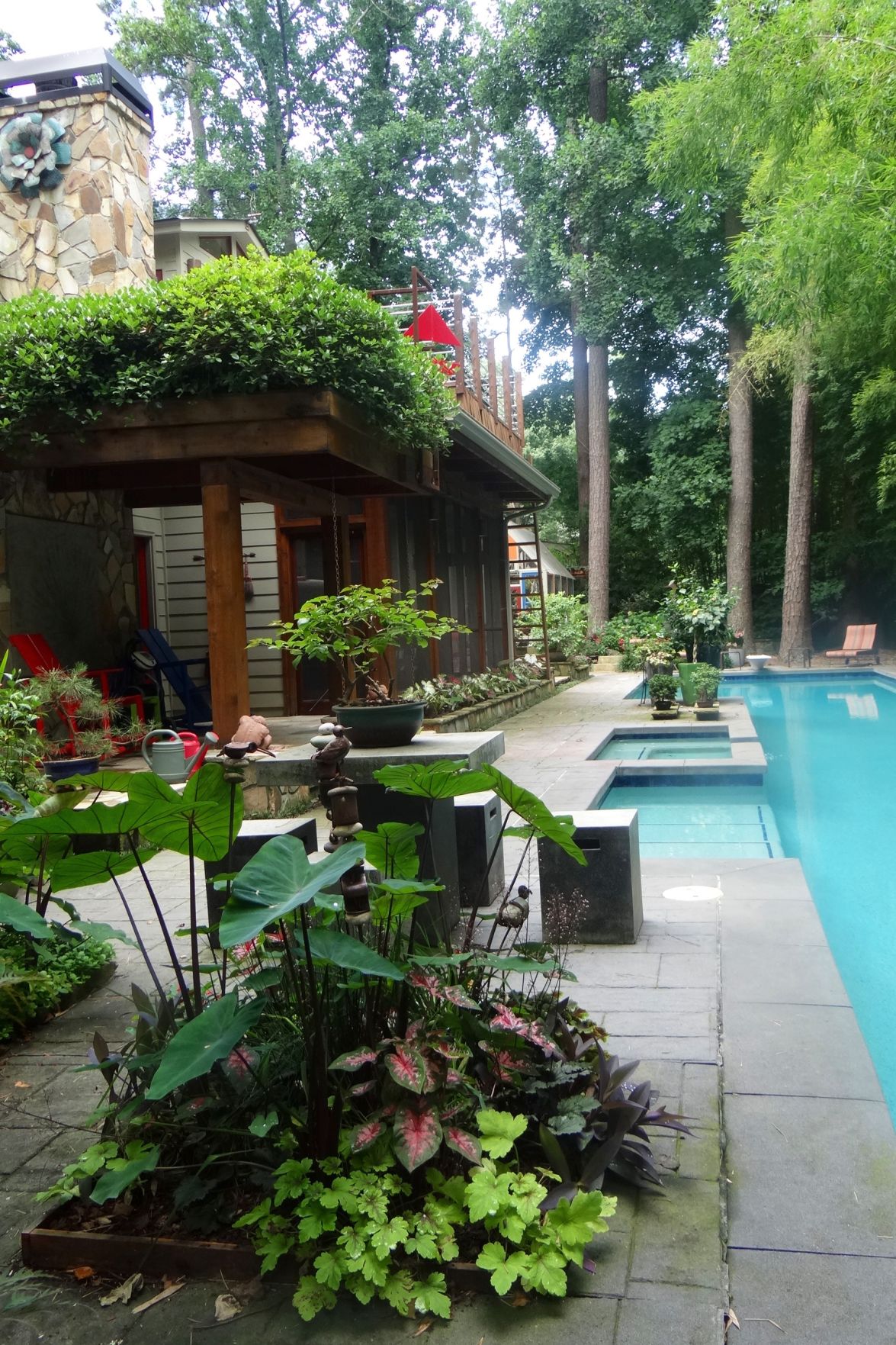 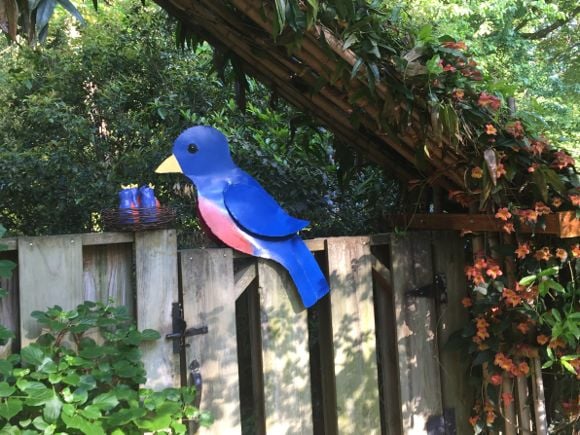 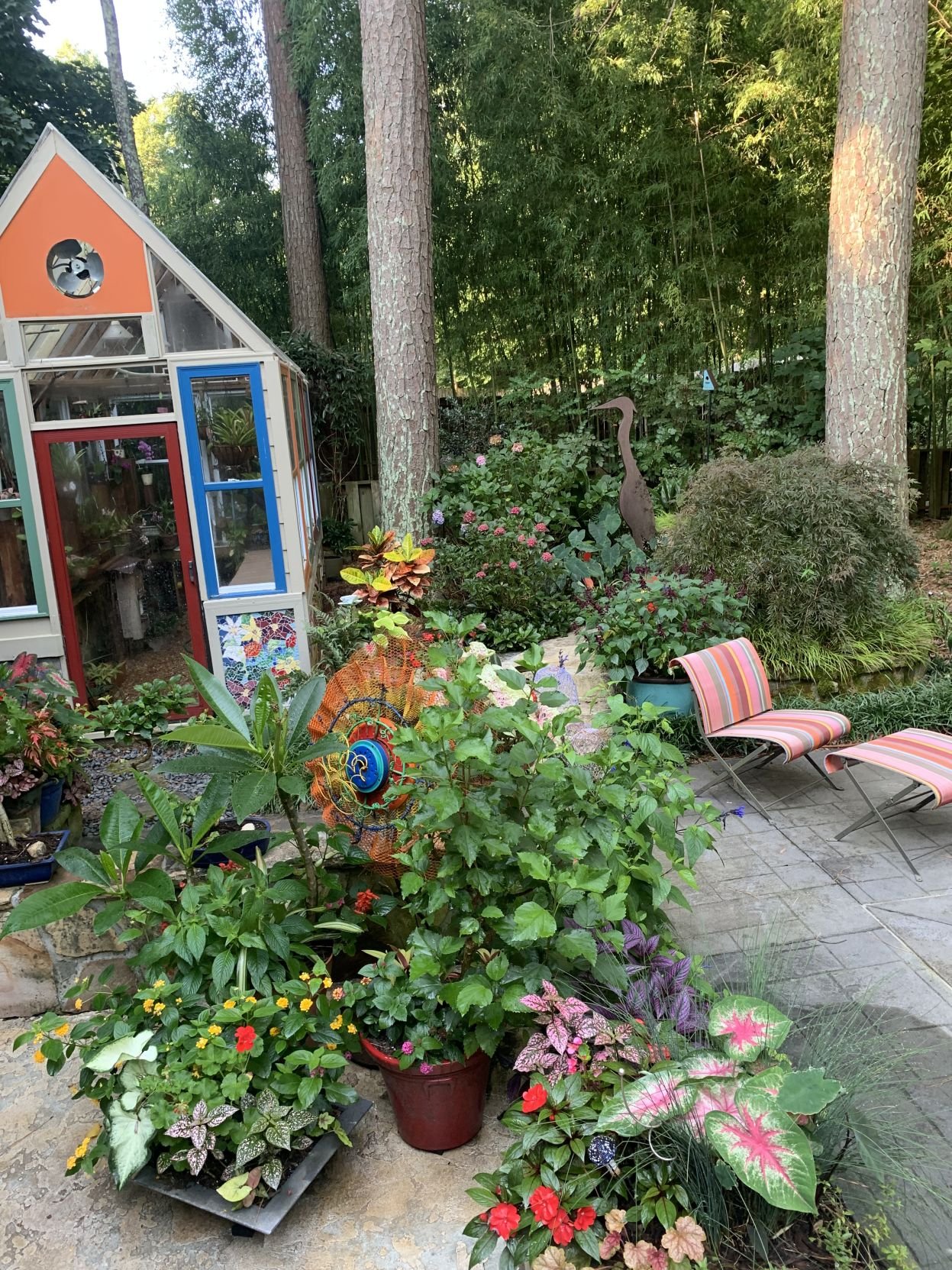 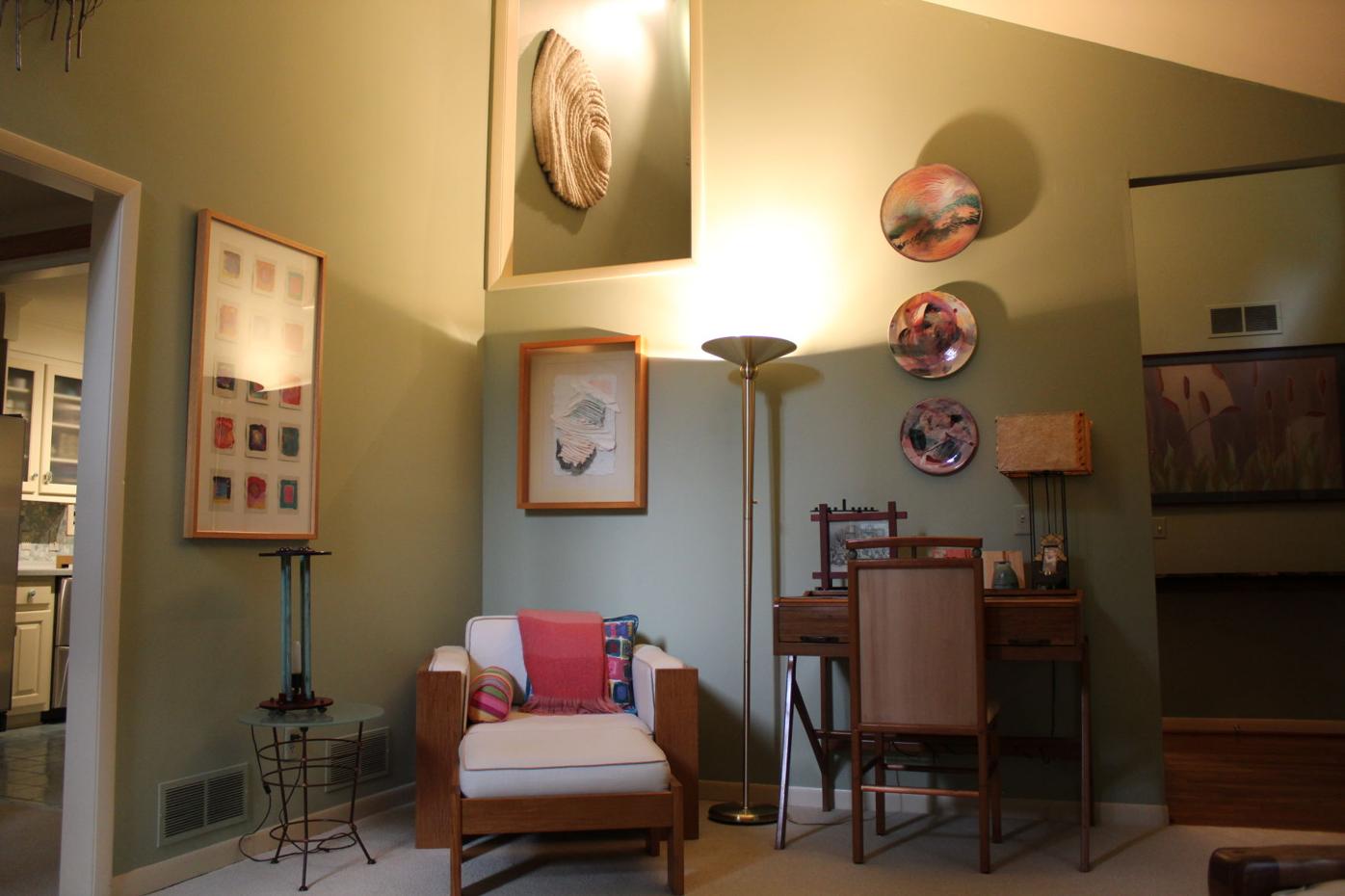 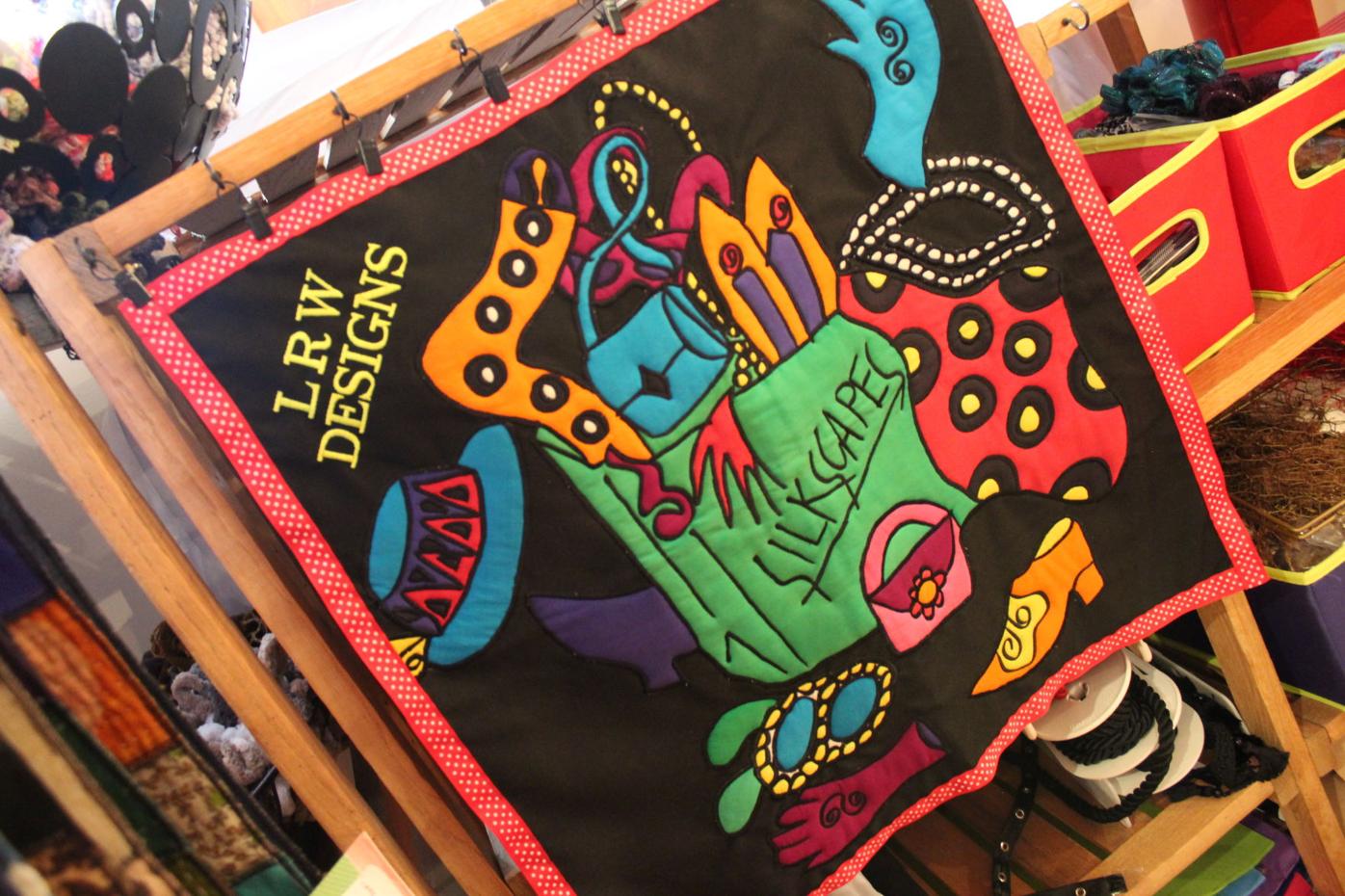 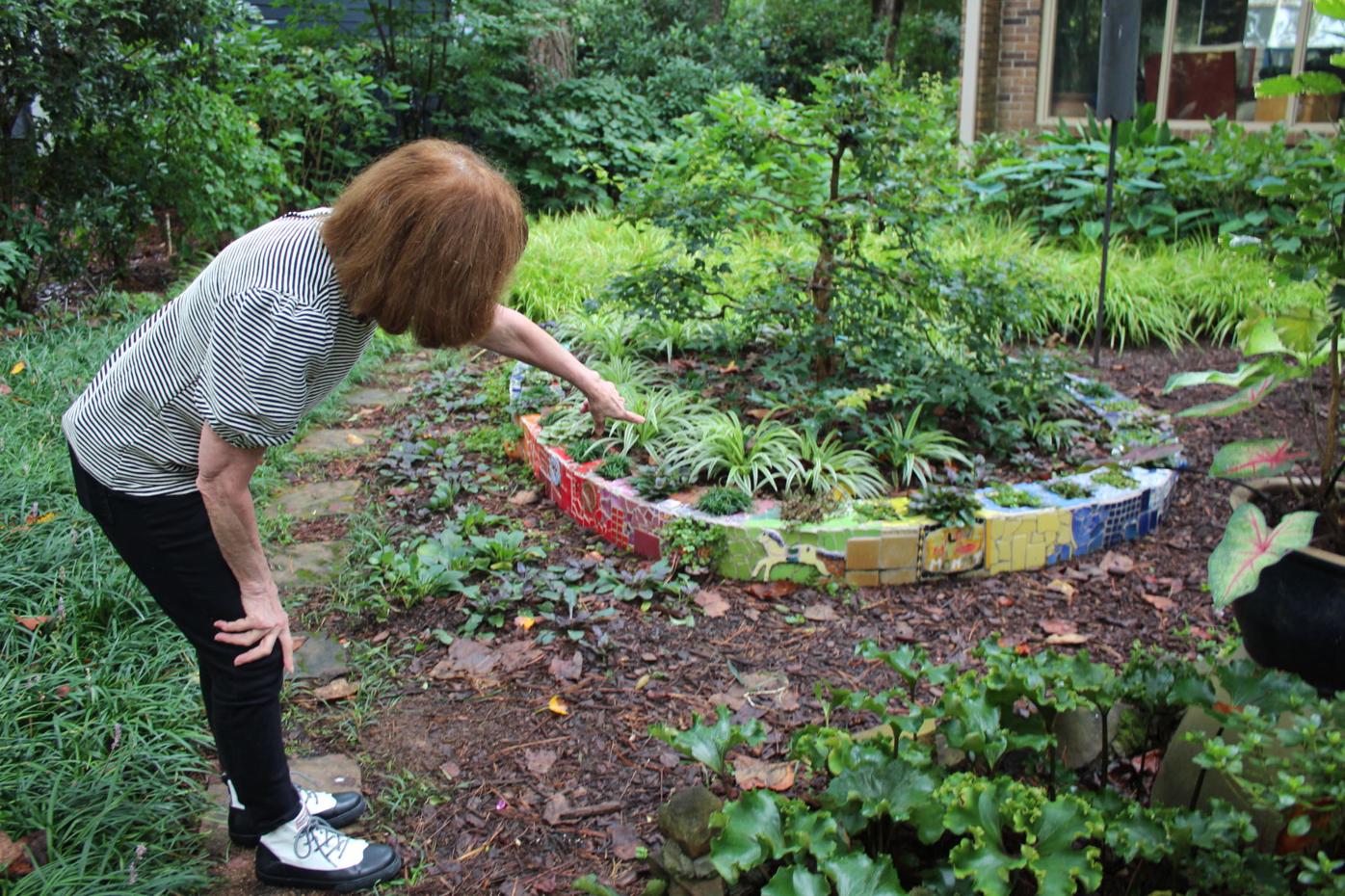 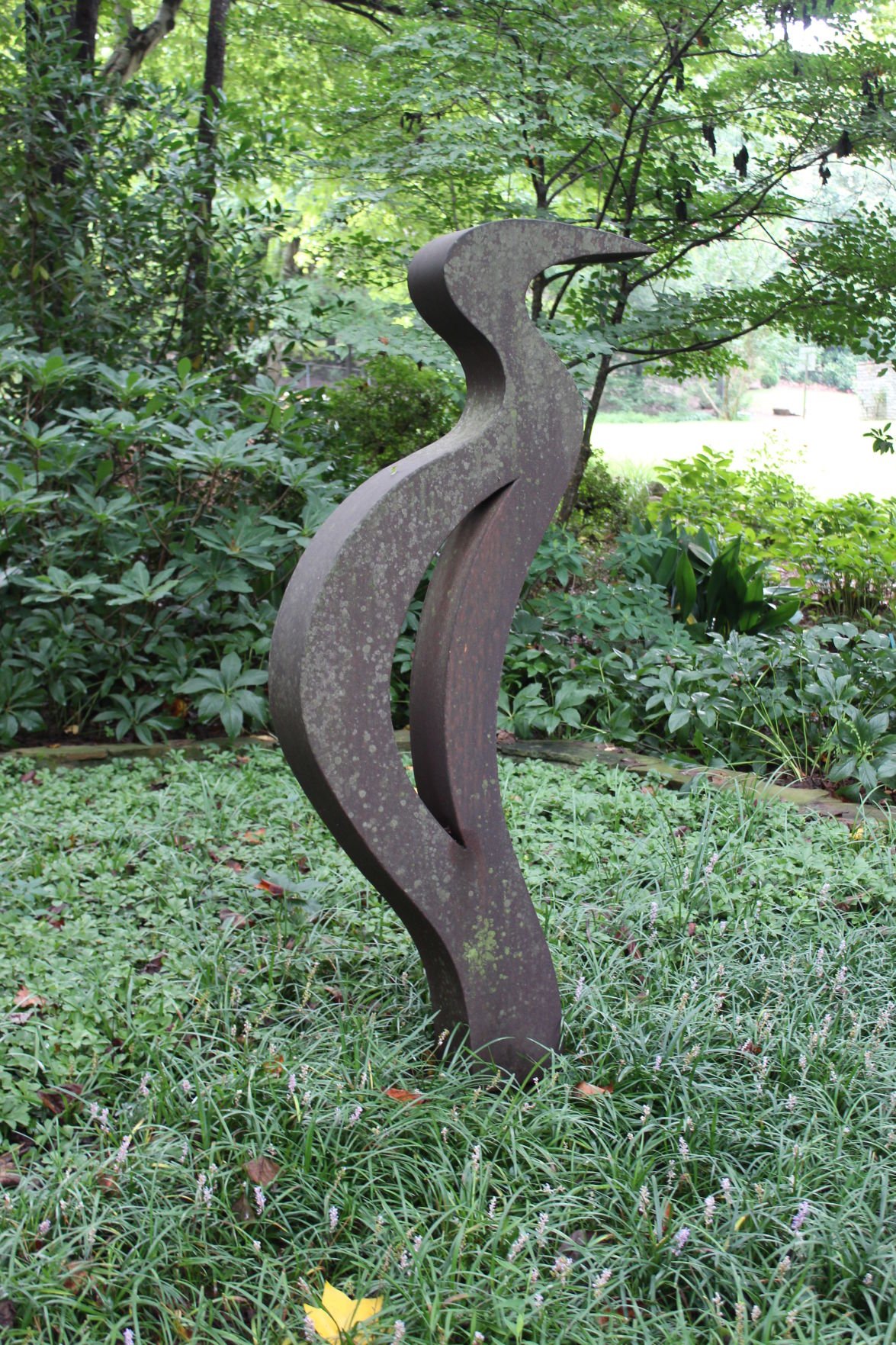 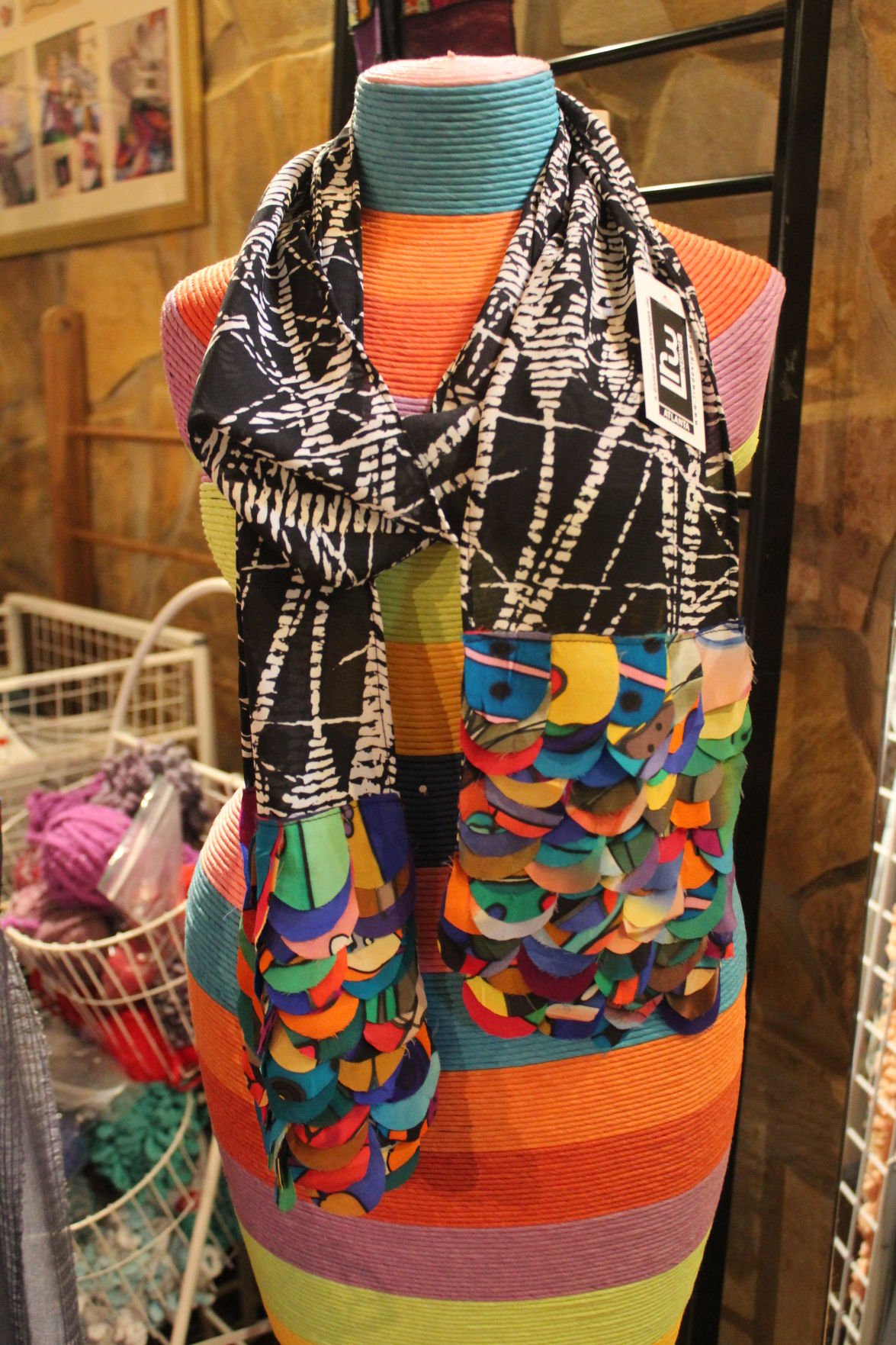 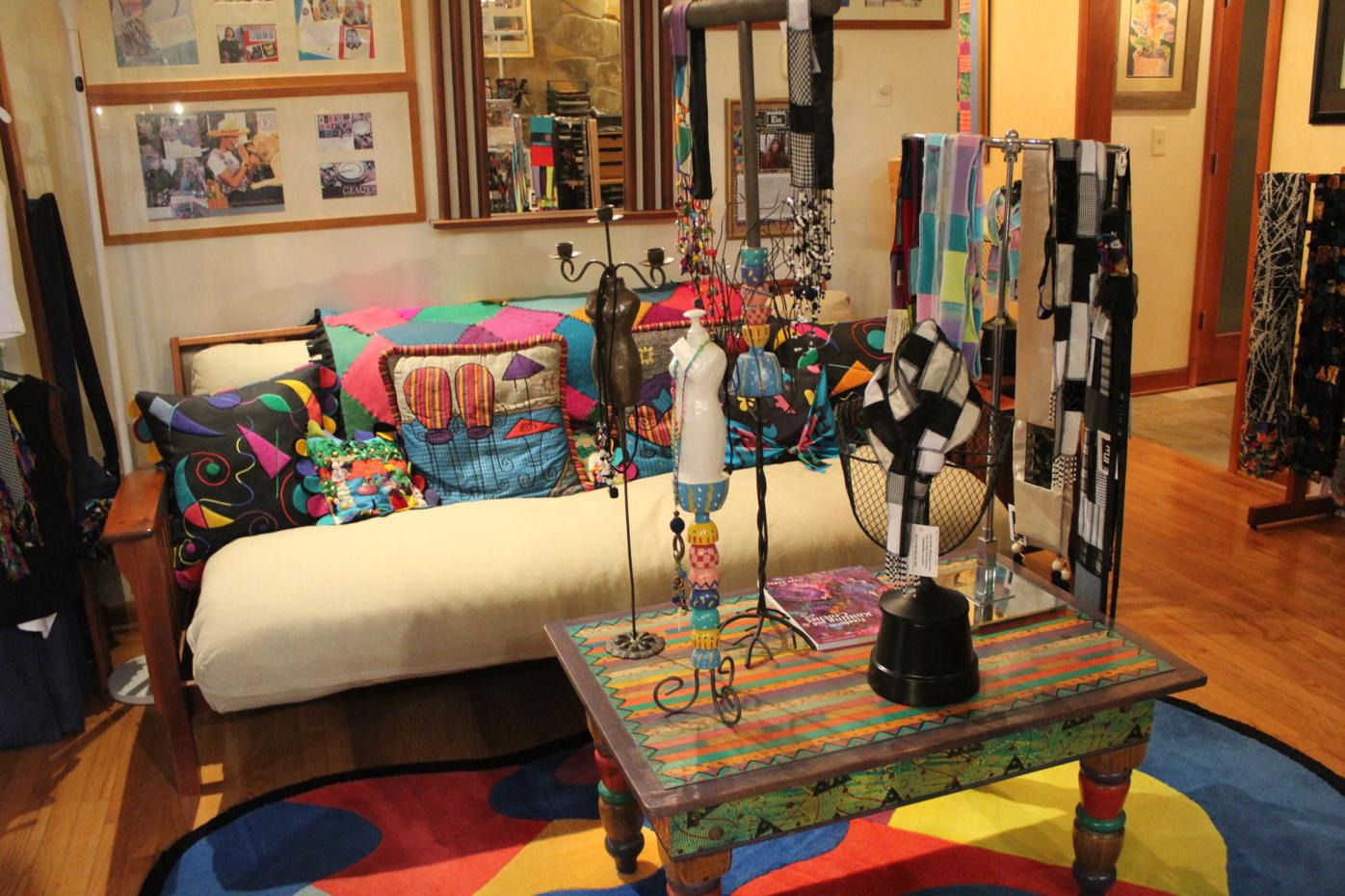 Lynn Weinberg’s creations have found homes all over the world.

The colorful jackets, vests, scarves and other fiber art products have appeared in Neiman Marcus, Nordstroms, Saks Fifth Avenue, on QVC and even on the enormously popular “Golden Girls” and “The Fresh Prince of Bel Air” television shows. “Fresh Prince” actor Will Smith liked her classic early 90s-style jackets with pops of color and caracitures so much, he even wore one of her jackets for the cover art of his and Jazzy Jeff’s “Homebase” album.

But, for the last 10 years, they have found their home in Lynn’s own house of creativity in east Cobb.

On Oct. 1 and 2, Lynn will once again open the whimsical home and gardens she shares with her husband, infectious disease physician Winkler Weinberg, to other artists and interested shoppers at the her tenth “Gifts, Galore & More” home art show.

“I decided to start Gifts, Galore & More in 2008 when the economy was really tanking,” Lynn said, as she settled into a pale pink sofa overlooking her enviable pool and gardens. “I would do big sample sales out of my studio since the 80s, but my clientele was dwindling so I needed new people. And I thought if I could bring a lot of artists together and we could all market the show and get all our clientele together in one place, we’d help each other.”

During the show, Lynn disperses artists throughout every nook and cranny of her eclectic home and gardens, nestled in the modest east Cobb community commonly referred to as Somerset. She and her husband bought the home in 1984 and have customized and added onto it throughout the years to accommodate their interests and style. They added a sauna, studio areas, a pool and even a colorful garden house. The large mirror in their master bathroom is etched with tree branches, an idea Lynn had when the enormous mirror cracked and creativity became the solution.

Prior to purchasing the house, the Weinbergs lived in Washington, D.C. and spent two years in the Philippines. There, Lynn would travel by boat and very questionable airplanes through the jungle to visit the factory where her creations were being produced. Her original company name was SILKSCAPES but Lynn now operates on a much smaller scale via the name LRW Designs.

“I decided in 2013 that I wanted to go back to my crafting days and just kind of make things on my own and sell online and in small boutiques,” she said.

The Weinbergs’ home is like a tidy, unexpected maze of artwork and patches of light and whimsy. One minute, you think you’re walking through the hallway of a spa. The next, you’re in a sunroom that transports you to Santa Fe. Much of the artwork and textiles that grace her walls were created by her own mind and hands, though she is more quick to brag on the works that her friends created.

Lynn said many people come to the show just to see her house, and that they always marvel over her use of color in her decorating.

“I don’t have a huge house, but it is different so many people come through and say, ‘Oh my gosh, I love this but I don’t think I could ever get away with this in my house.’ But it’s the way I’ve always been, and I think in this age of neutrals, people are afraid of color and creativity,” she said. “I just love color and handmade things and I love putting my creative spin on my decorating as well. Right now, everything is a lot of whites and grays and not a lot of colors. But I couldn’t imagine living without color.”

The 10th anniversary show will feature 18 artists/vendors in the eclectic east Cobb home of textile designer, Lynn Reiter Weinberg. The event is free and open to the public and includes hourly raffle prizes, sample food tastings and a display of unique gift and handcrafted items. It also features an artful garden with a display of garden sculptures and, this year, there will be plein air landscape artists demonstrating in the garden.