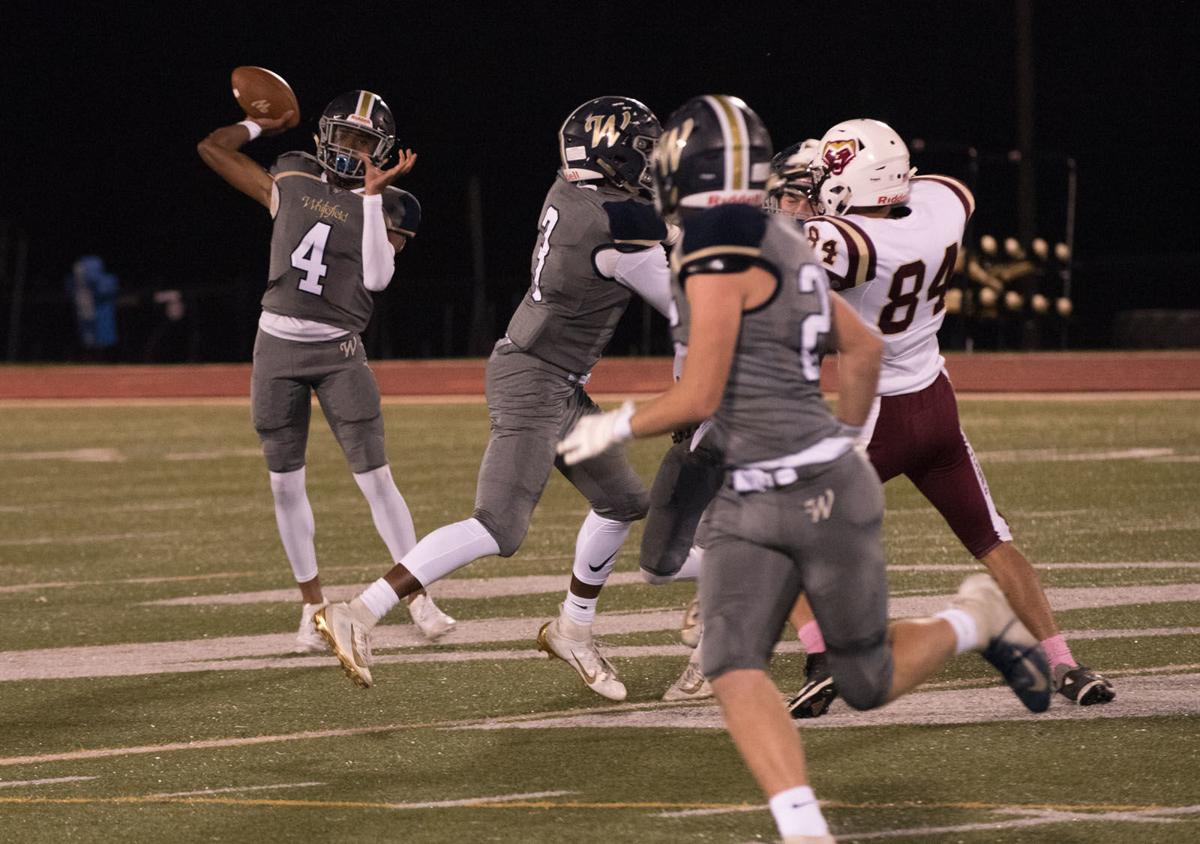 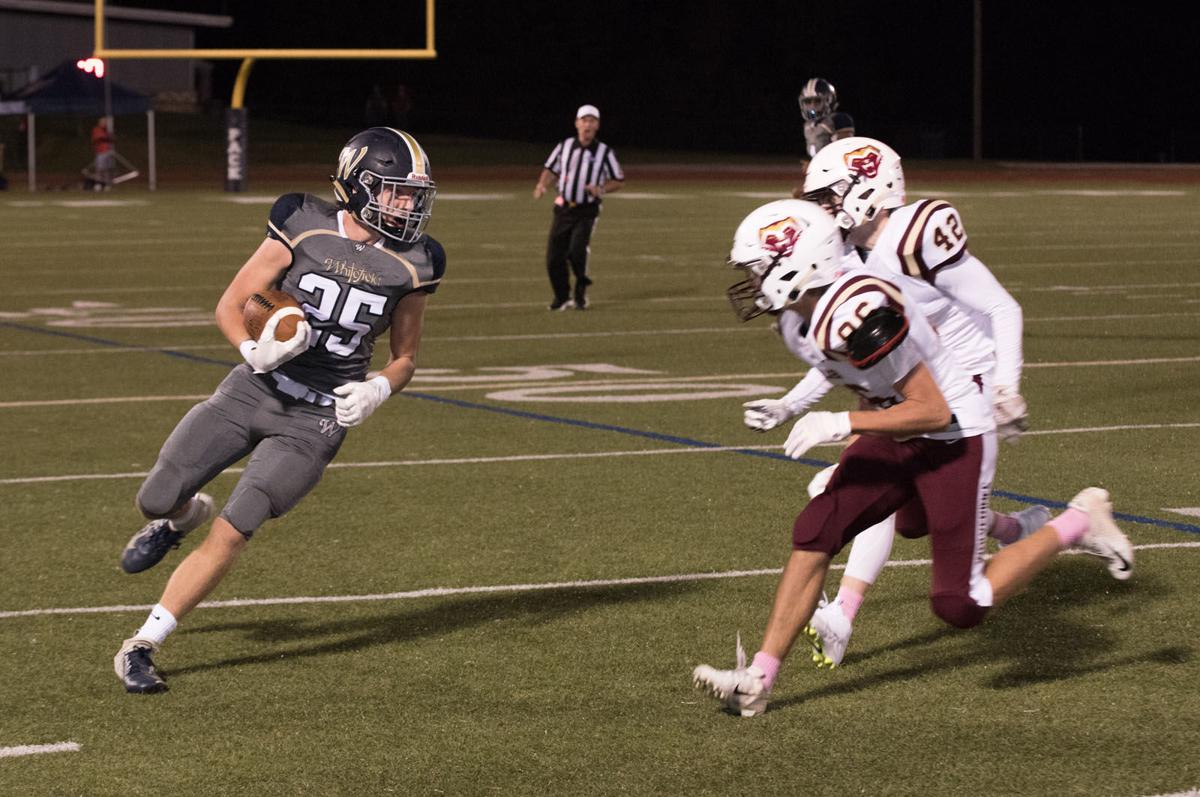 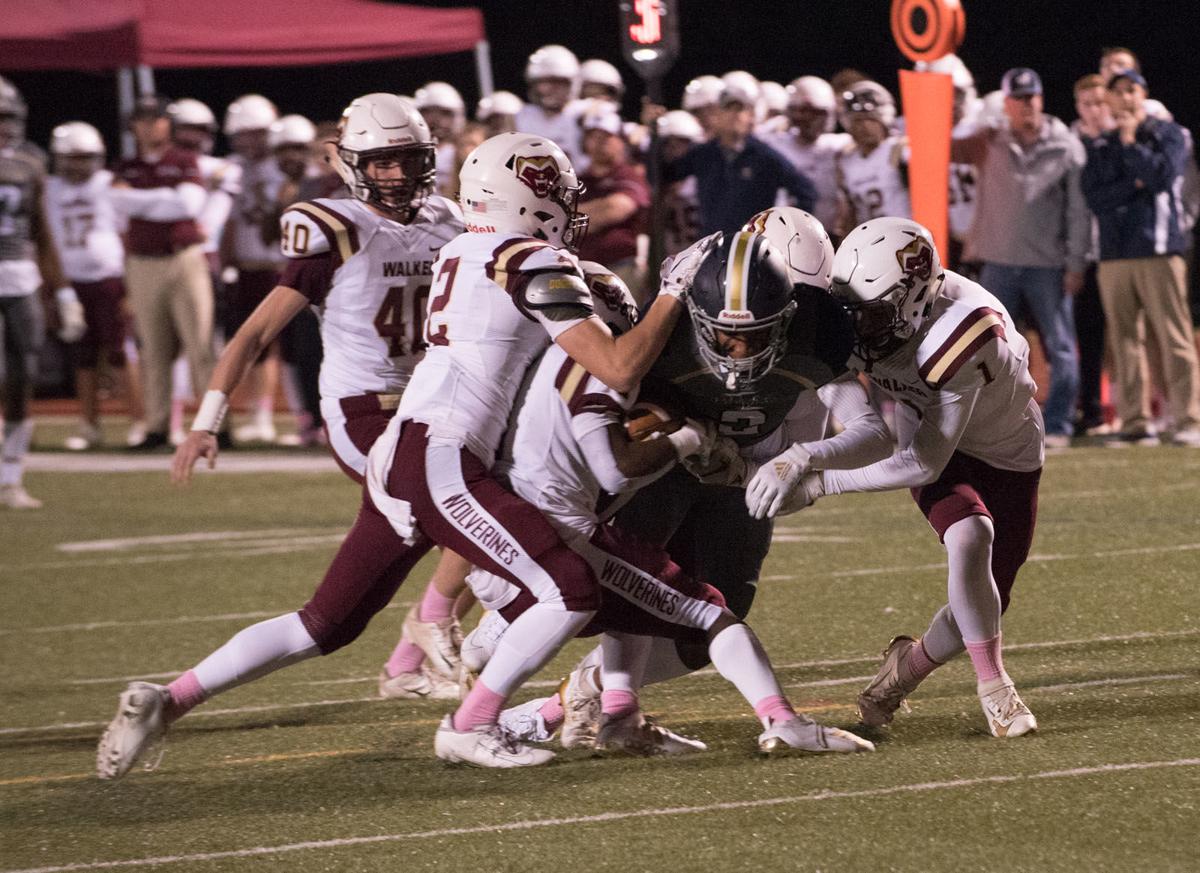 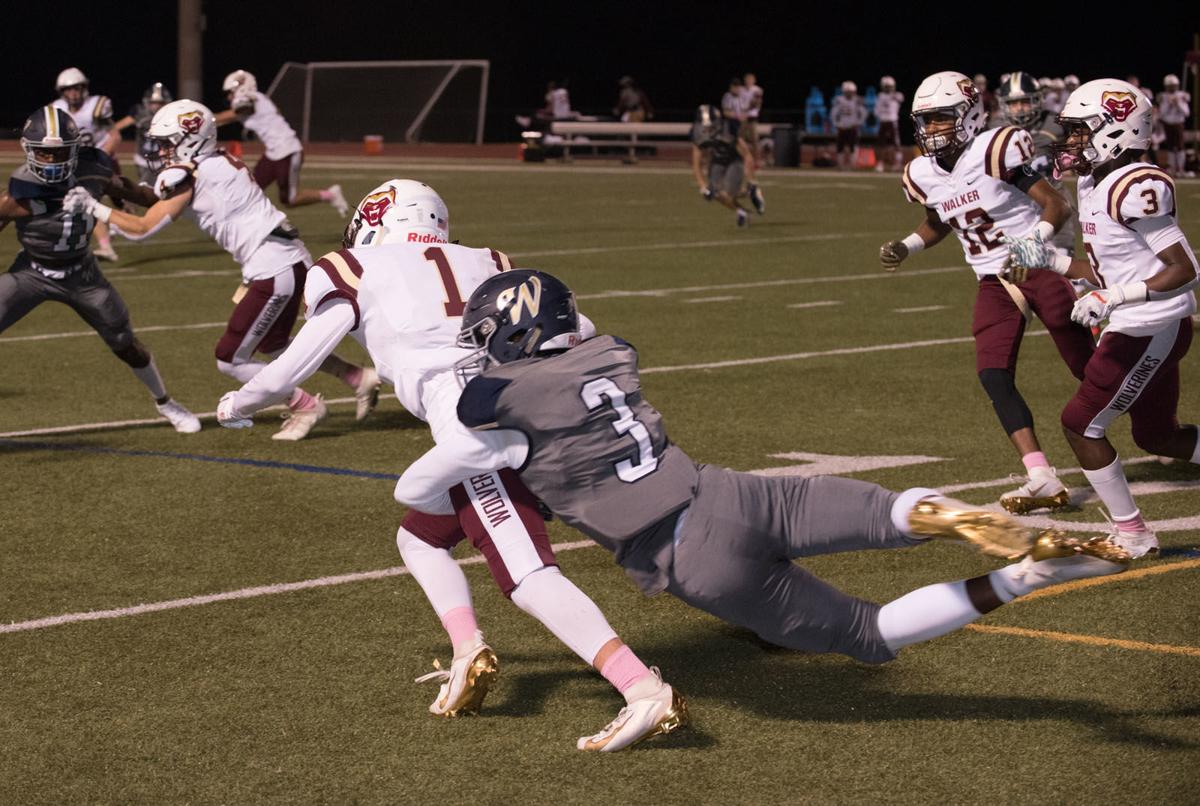 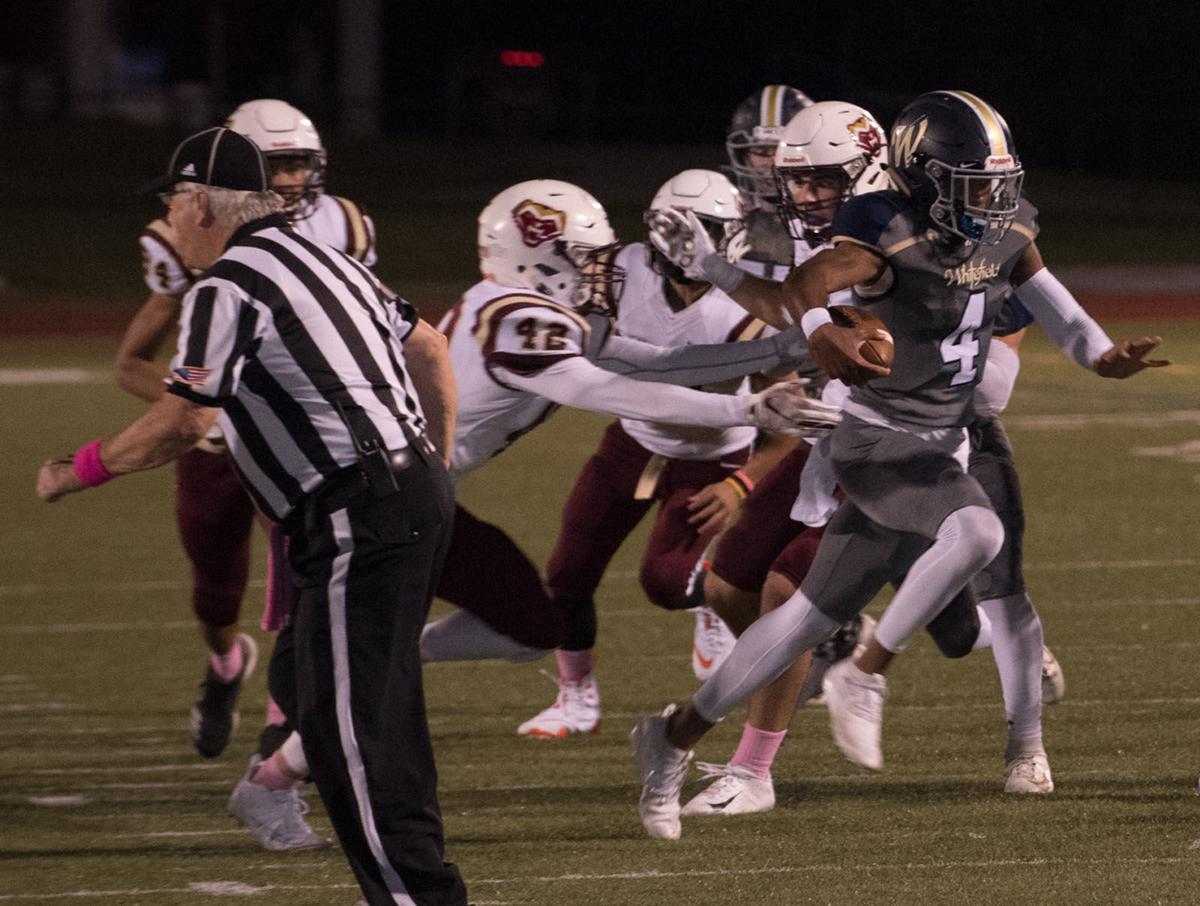 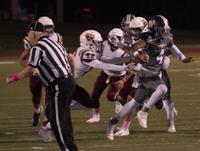 Whitefield Academy's Ayden Duncanson tries to break away from Walker's Carson Coburn (42) and other defenders. 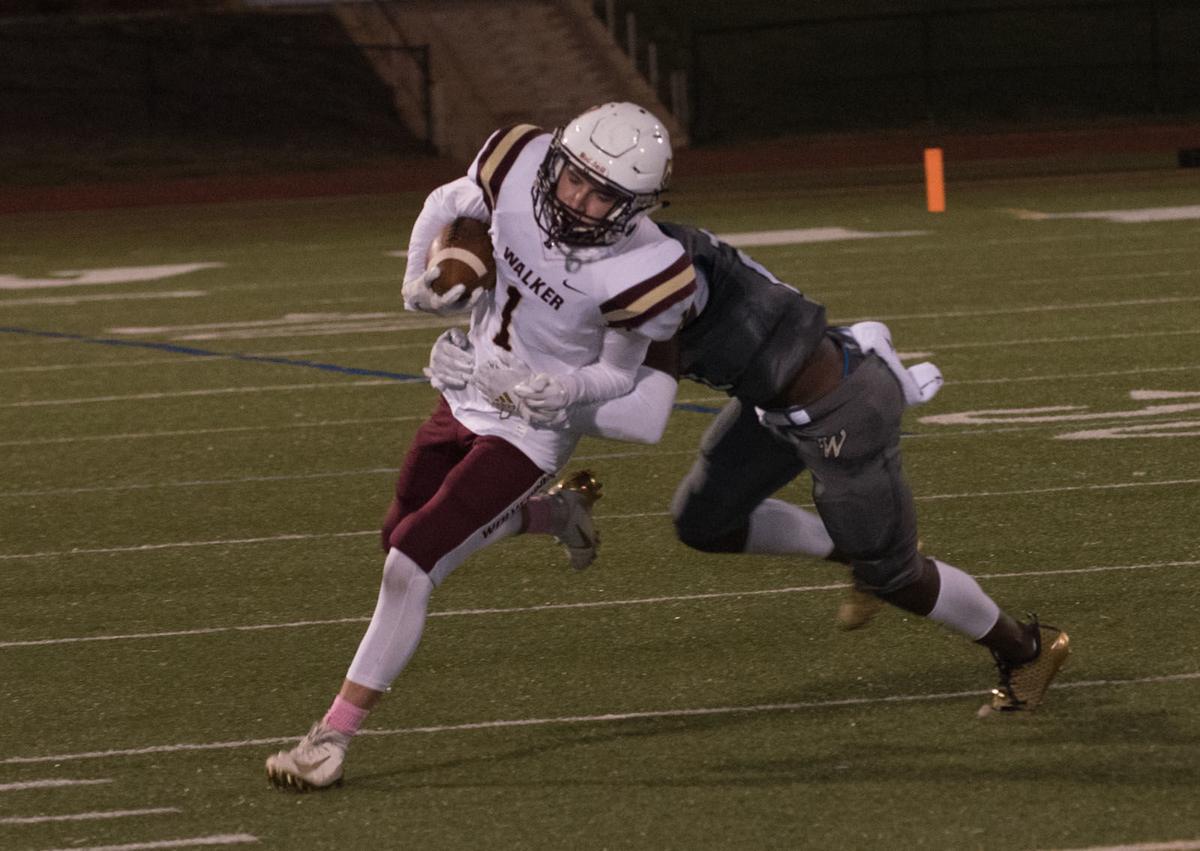 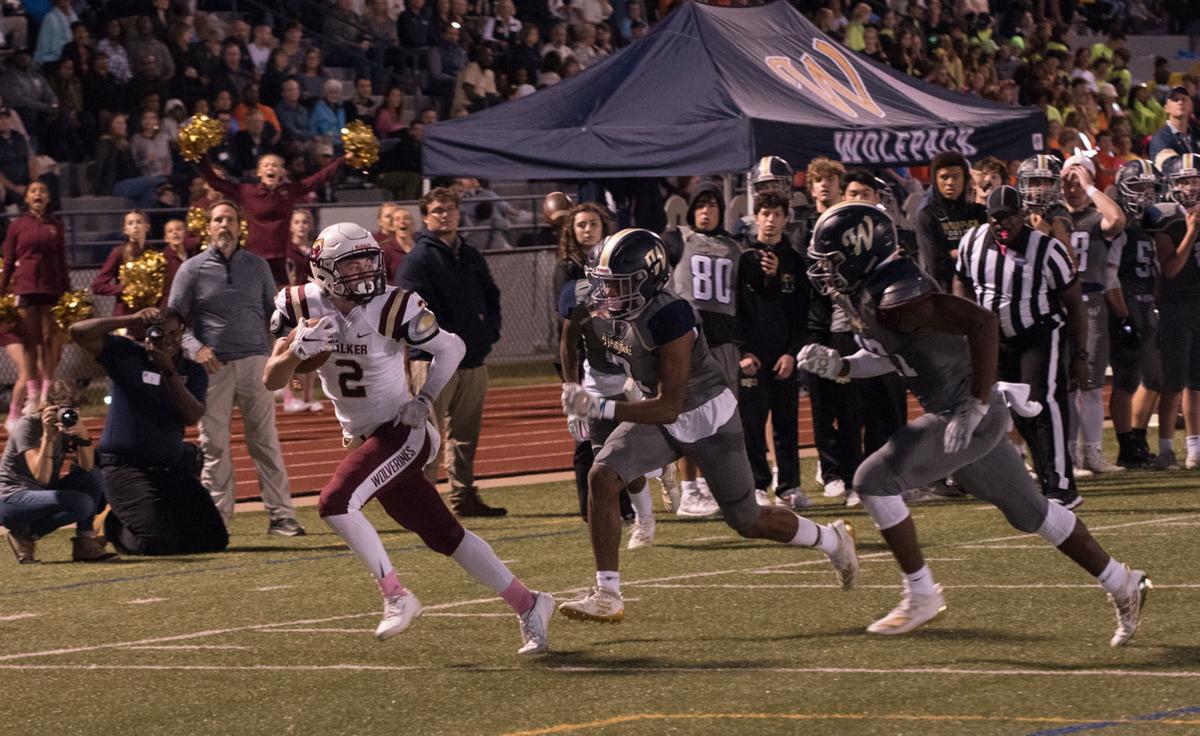 Walker's Jake Tasman breaks away from the Whitefield Academy defense. 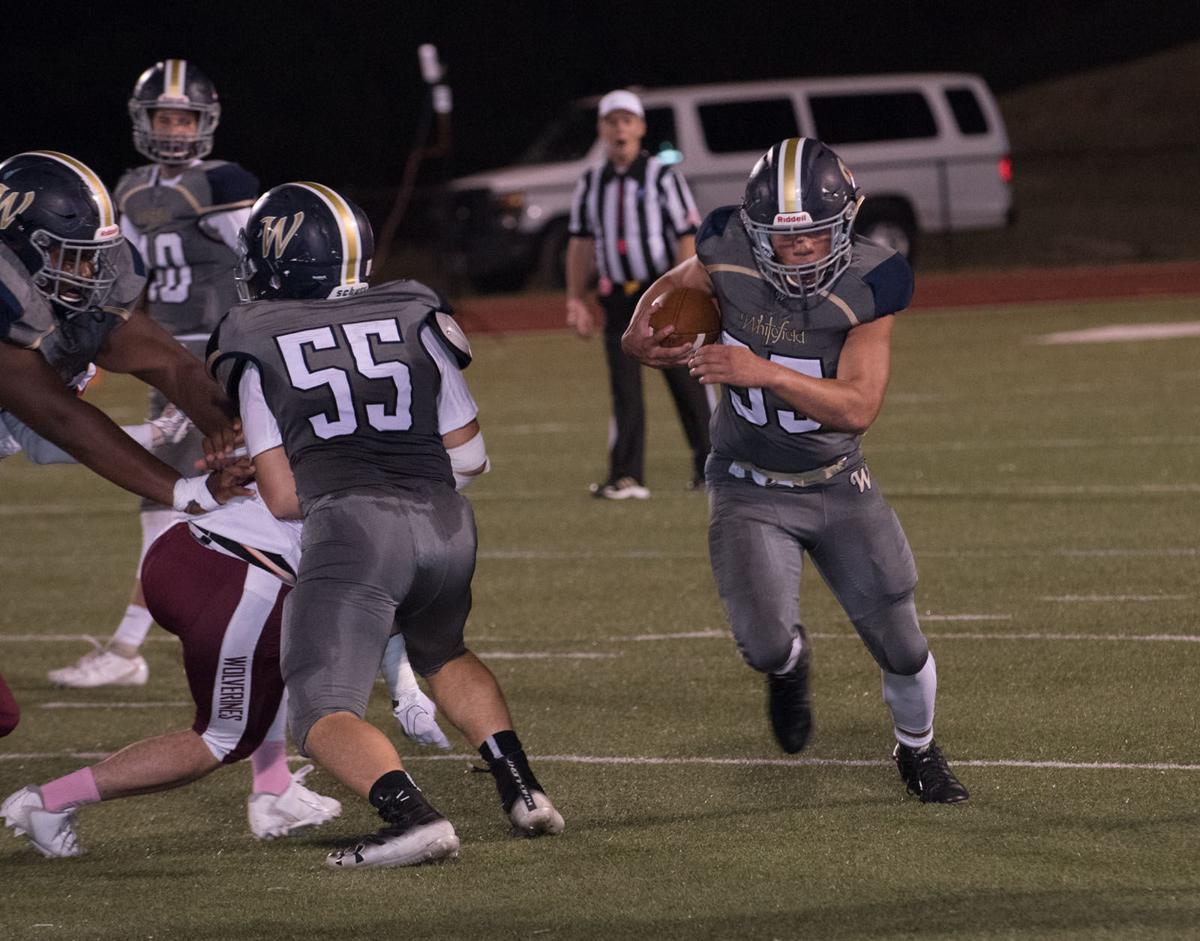 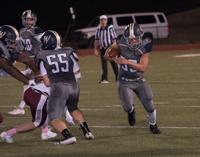 Whitefield Academy's Ayden Duncanson tries to break away from Walker's Carson Coburn (42) and other defenders.

Walker's Jake Tasman breaks away from the Whitefield Academy defense.

MABLETON — Whitefield Academy kept its hopes for a spot in the region championship game alive after defeating Walker 42-7 in Region 6A(B) action on Friday.

The victory equaled the Wolfpack’s best start to a season in program history as the team moved to 7-1. They also improved to 6-0 in the region.

“This was one of our goals this season to beat Walker,” Whitefield coach Coleman Joiner said. “We’ve played them every year, so this was a game we worked hard for. They’re our rival and the kids fought hard and did what they had to do to get this win.”

Whitefield totaled 346 yards of offense compared to only 83 for the Wolverines.

Jaden Griffith’s 73-yard interception return for a touchdown put the Wolfpack in front 33-7 with 10:21 to play in the third quarter.

Charlie Purdue’s 27-yard field goal roughly 8 minutes later added to the lead, and Ethan Garrett’s 3-yard run with 9:00 left in the game capped off the scoring for the night as the game finished with a running clock.

Griffith also ran seven times for 74 yards. Garrett had seven carries for 35 yards and a score, while Ayden Duncanson ran three times for 82 yards and two first half touchdowns. He also caught three passes for 38 yards.

“Walker’s having a great season and they’re a tough team, so we knew they would come in here ready to play,” Joiner said. “We didn’t want to have any regrets. We wanted to leave everything on the field.

“We had the turnover that gave them the short field and they scored off that. We know we can’t do that so that’s something we’re going to have to shore up going forward.”

Walker’s Charlie Condon was 5-for-11 for 29 yards with a touchdown and an interception before leaving the game early in the fourth quarter after his head hit the turf following a tackle. Ross Simpson had two carries for 31 yards, and Jake Tasman recorded two catches for 27 yards and a touchdown.

Whitefield rolled to a 27-7 halftime lead behind a strong performance from Duncanson, who had touchdown runs of 32 and 48 yards while completing 5-of-7 passes for 110 yards and two scores.

Starting from the Wolfpack 49, Duncanson capped a five-play drive with a 37-yard strike to Myles Redding to put Whitefield on the board for a 7-0 lead.

After forcing a short punt, Duncanson sliced through the Wolverines’ defense on the first play from scrimmage for a 32-yard touchdown run and 14-0 advantage.

Duncanson’s second touchdown came on the first play of Whitefield’s next drive, giving it a 21-0 lead early in the second quarter.

Walker’s Keon Smart recovered a fumble and put the Wolverines at the Whitefield 24 midway through the period.

They took advantage as Condon found Tasman for a 24-yard touchdown on fourth-and-10 to cut the deficit to 21-7 with 3:06 remaining in the half.

Whitefield, however, wasn’t done scoring as it needed only three plays to go 60 yards to stake the 27-7 halftime lead. Back-to-back runs of 10 and 21 yards from Griffith led to Duncanson completing a 29-yard touchdown pass to Justin Tinch for the final score of first half.