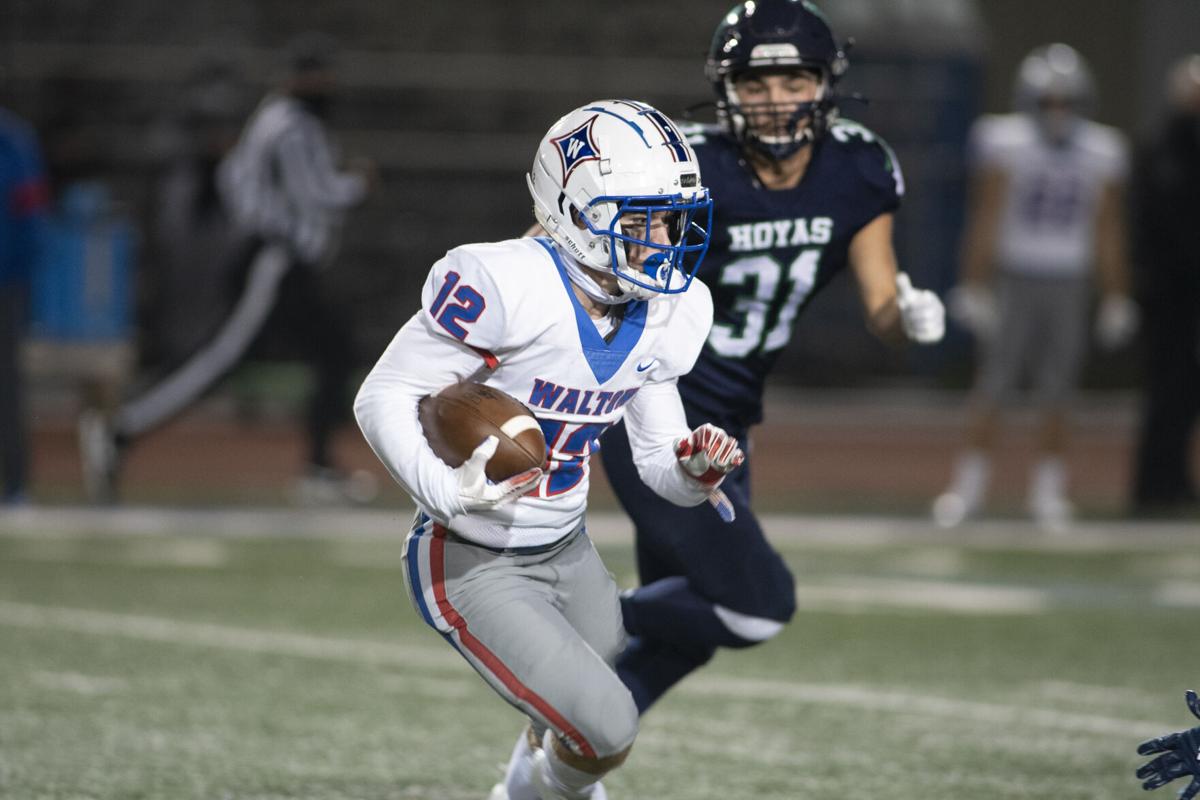 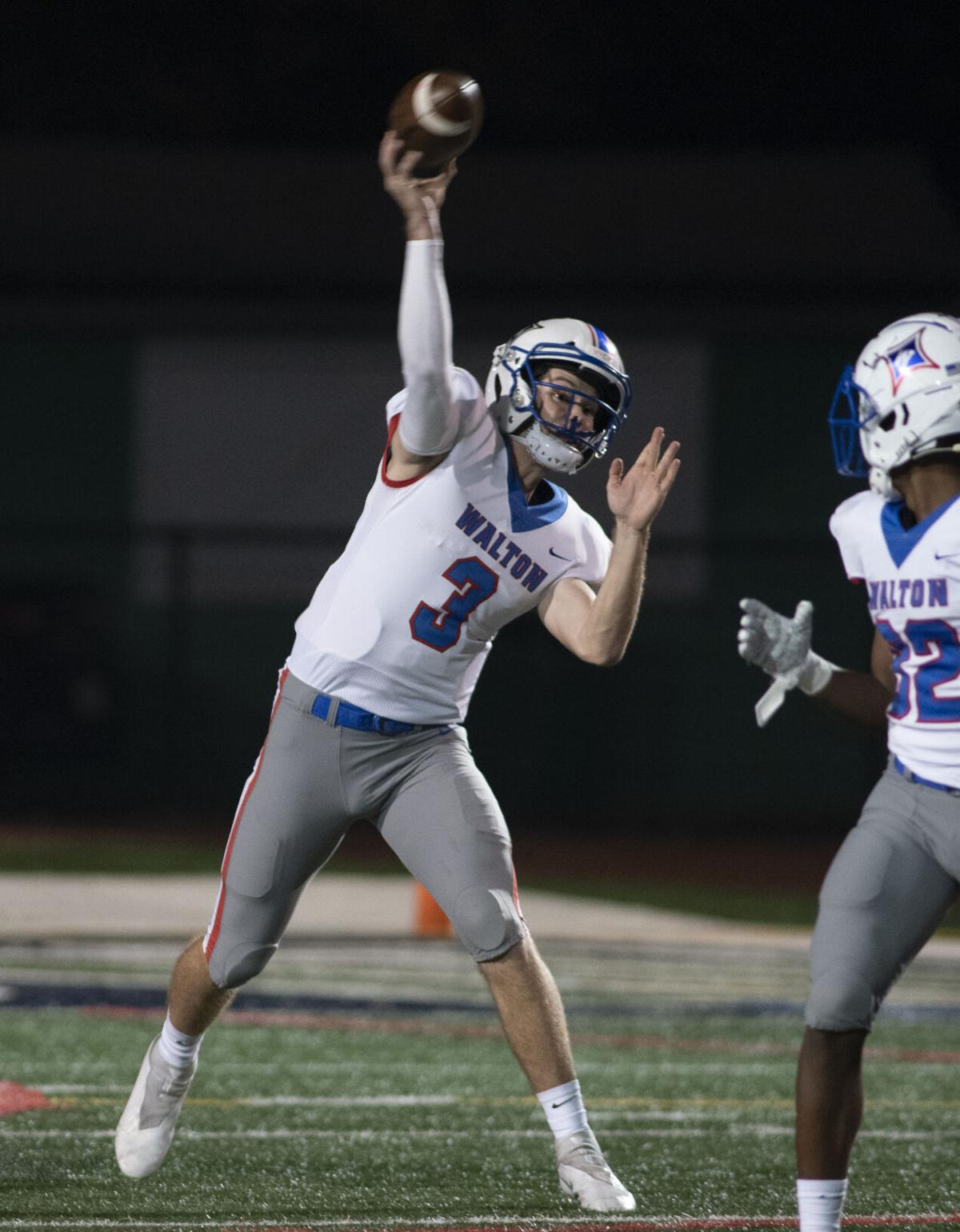 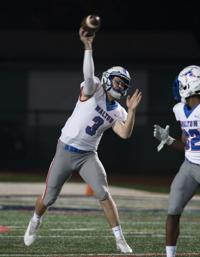 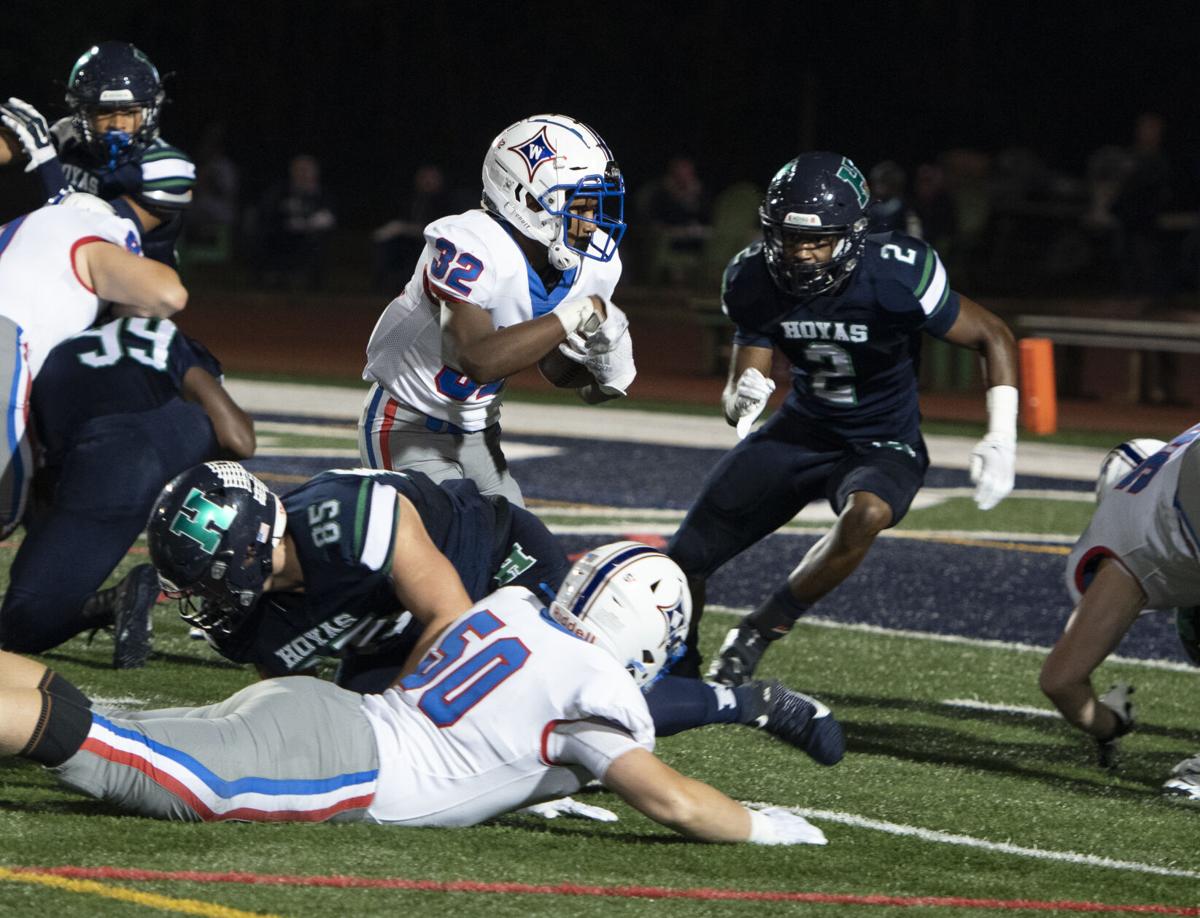 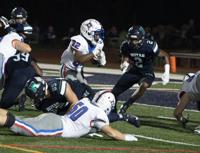 Walton's Braylen Stokes (32) runs for a touchdown in the first quarter of Friday night's game against Harrison. (Photo: Anthony Stalcup) 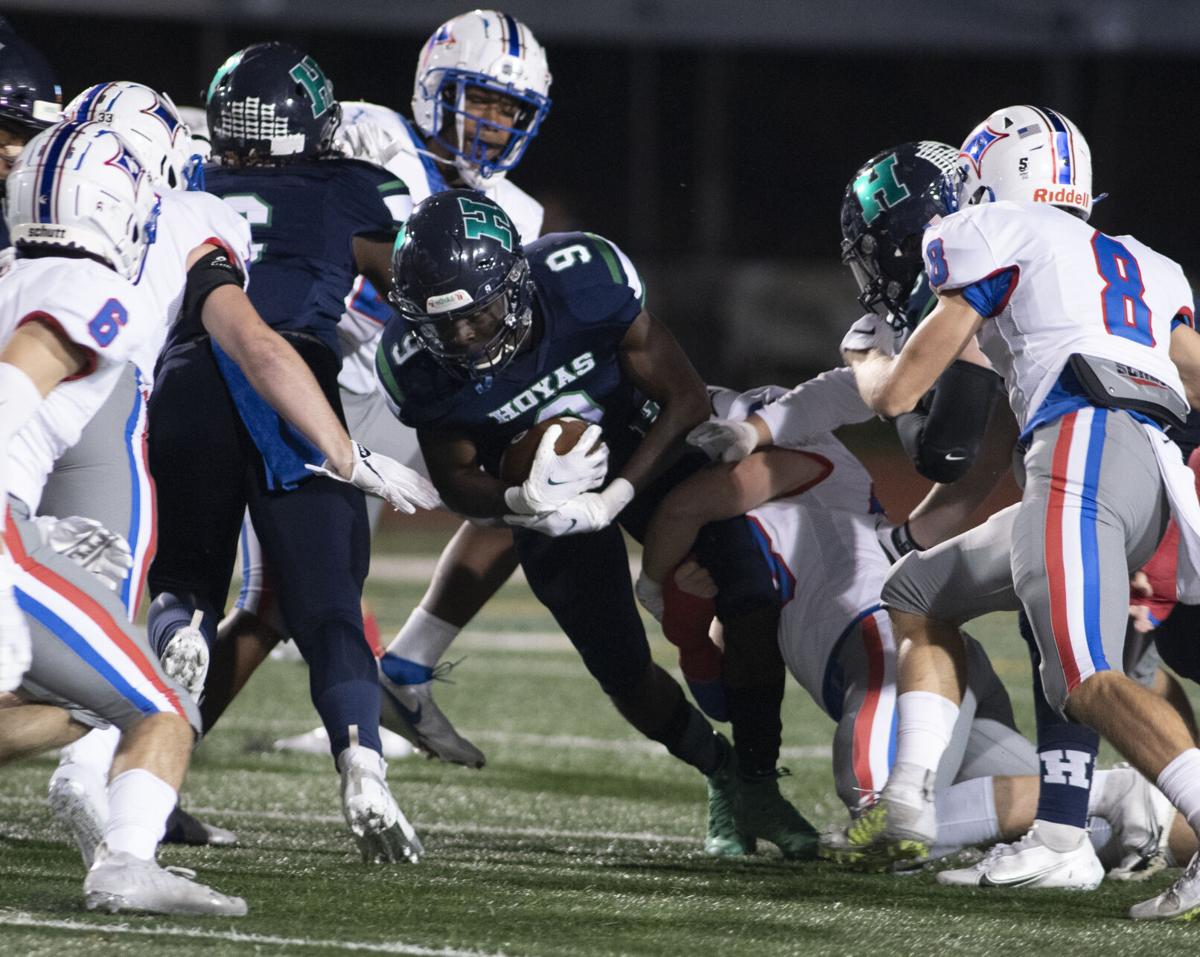 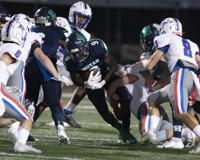 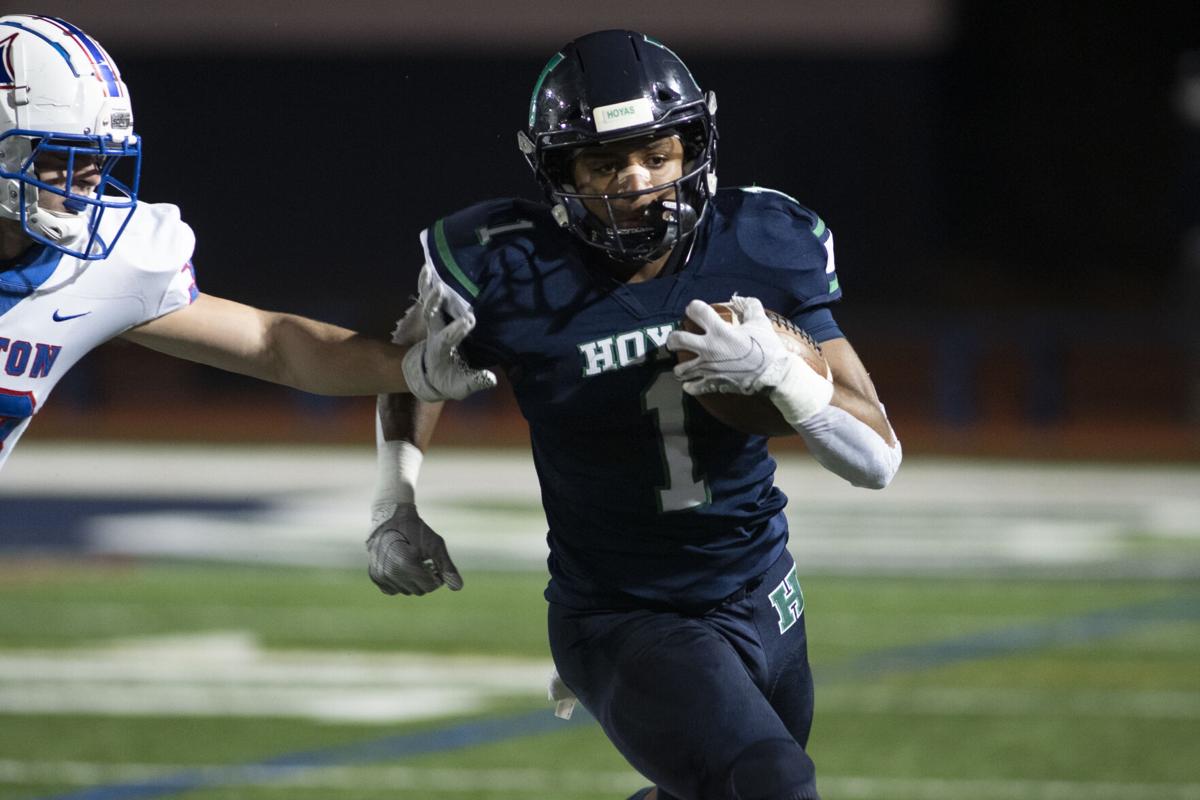 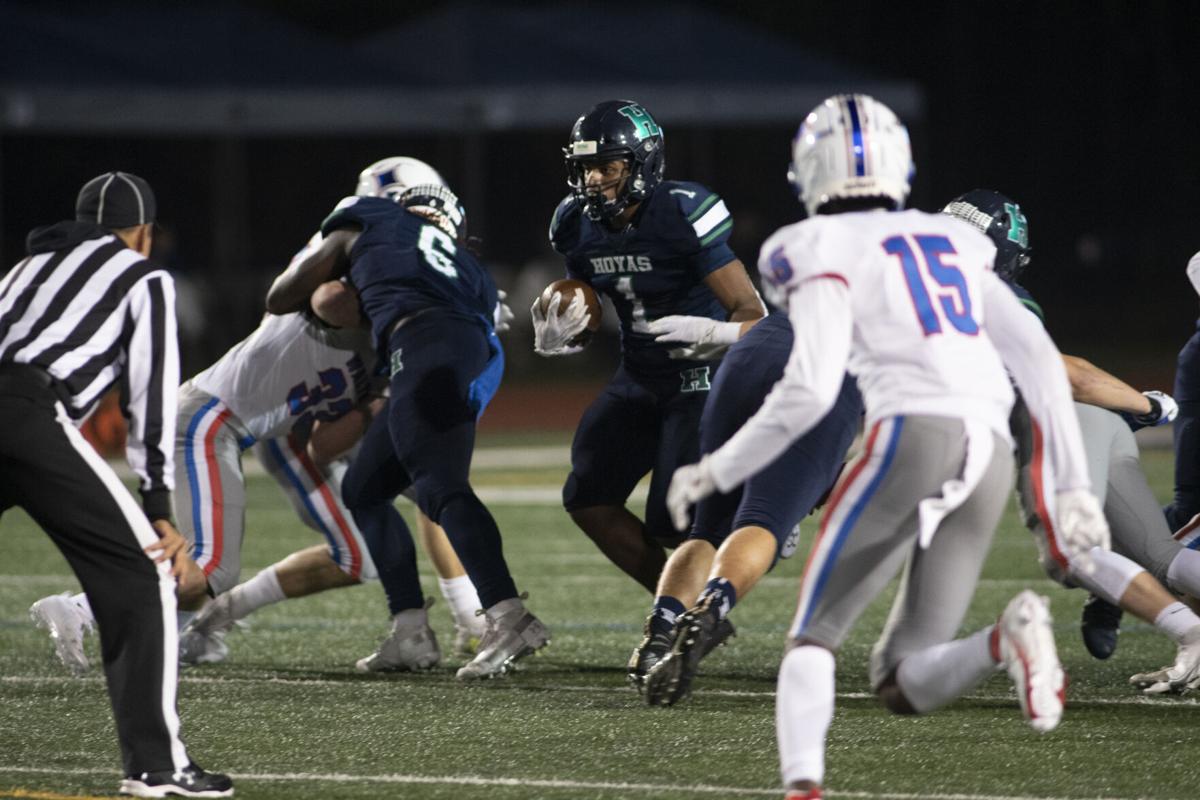 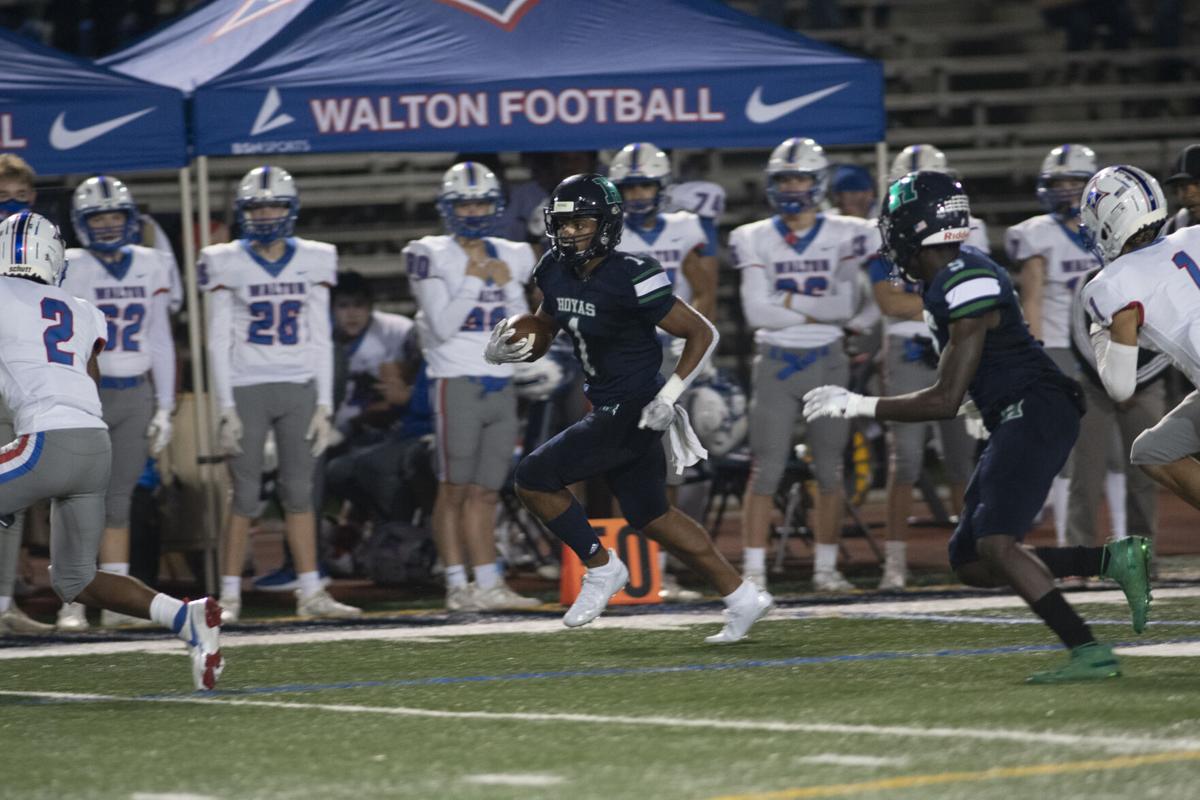 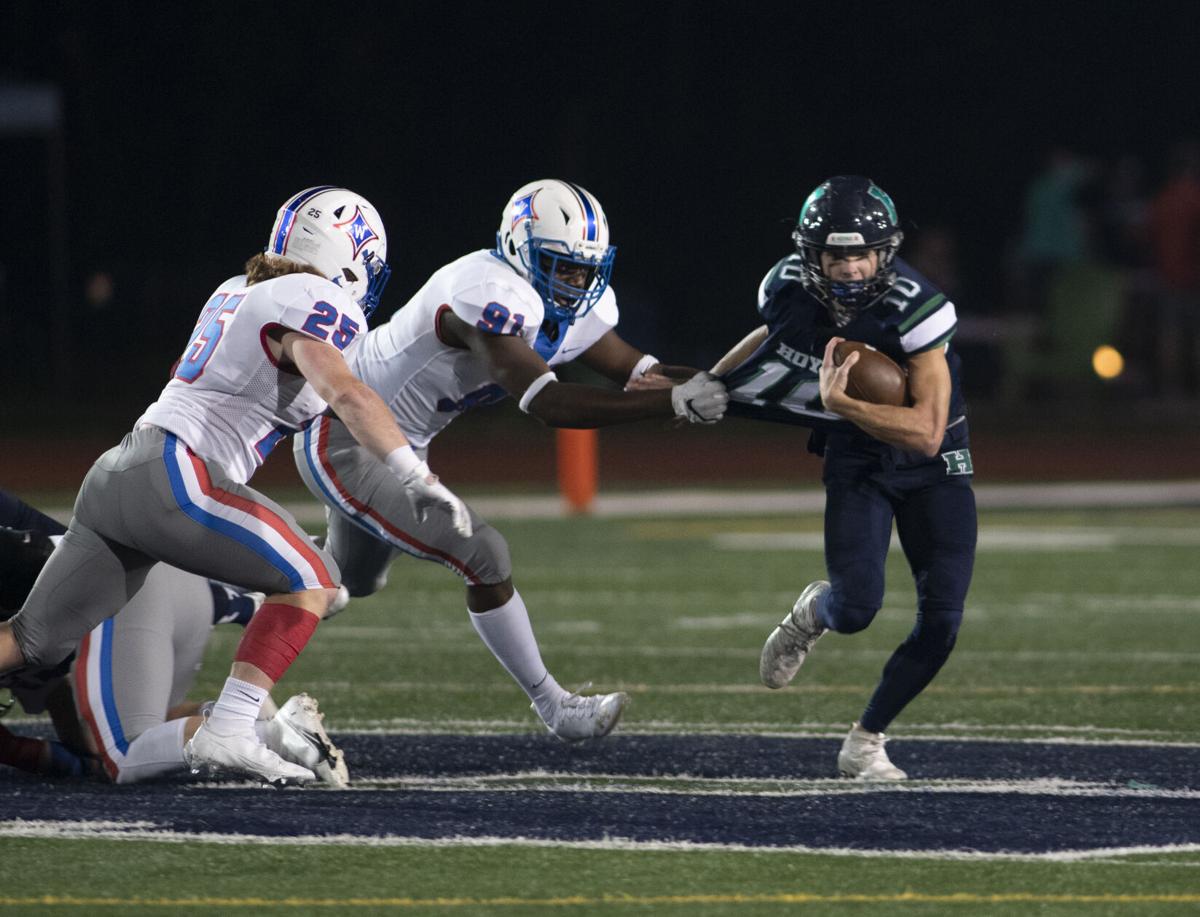 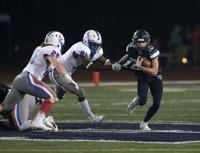 Walton's Braylen Stokes (32) runs for a touchdown in the first quarter of Friday night's game against Harrison. (Photo: Anthony Stalcup)

KENNESAW — Walton secured the No. 2 seed from Region 3AAAAAAA with a 28-14 victory over Harrison on Friday at Cobleigh Stadium.

The Raiders (5-4, 3-1) scored two touchdowns in the third quarter to break a 14-all halftime tie and secure the win to break a tie for second with the Hoyas (2-5, 2-2) as they head towards next week’s regular-season finale at Marietta.

“I’ve never been more proud of this group as a whole,” Walton coach Daniel Brunner said. “Our kids, from ninth all the way to 12th grade — what this group proved (Friday) was that they had a lot of fight in them, a lot of heart and selfless football. Nobody cared who made the plays, nobody cared who was on the field. They just cared who won the ballgame, and the result is we beat a very good Harrison football team.”

Harrison can clinch the region’s No. 3 seed with a win at home against Hillgrove next Friday.

Zak Rozsman was 9-of-13 passing for 265 yards and two touchdowns, while Stone McKnight caught five passes for 127 yards and a score to lead the way for Walton.

After forcing Harrison to punt on the first offensive series of the second half, Walton needed only four plays to score as Rozsman threw a 28-yard pass to Nic Hestor to take the ball down to the Hoyas’ 30. Rozsman then launched a 30-yard scoring strike to Tannor Daniels to give the Raiders a 21-14 lead with 7:48 remaining in the third quarter.

Harrison was once again forced to punt on the next series, and Walton took advantage of its opportunity with another score.

This time, it took a 13-play, 71-yard drive for Walton to score as A.J. Brown entered the end zone on a 2-yard scamper with 1:05 left in the quarter to increase the lead to 28-14 and give the Raiders their final margin of victory.

“In the first half, Harrison absolutely dominated the line of scrimmage,” Brunner said. “I couldn’t be more proud of how they fought back in the second half.”

Walton needed only two plays to score on the first series of the game as Rozsman connected with Nate Lyons on a 75-yard pass to take the ball down to the Harrison 5-yard line, where Braylen Stokes scored on a 5-yard run to put the Raiders ahead 6-0 with 11:31 remaining in the first quarter.

Harrison came back to take a 7-6 lead when Tripp Richardson scored on a 28-yard quarterback keeper with 5:43 left in the first quarter.

The Hoyas increased their lead to 14-6 when Marcus Bleazard ran 50 yards to the Walton 1 and then scored on a 1-yard run with 2:21 to go in the first half.

Walton, however, struck back on the next series as Rozsman threw a 22-yard touchdown pass to McKnight, and Brown ran the ball in for the 2-point conversion to tie the game at 14-all.