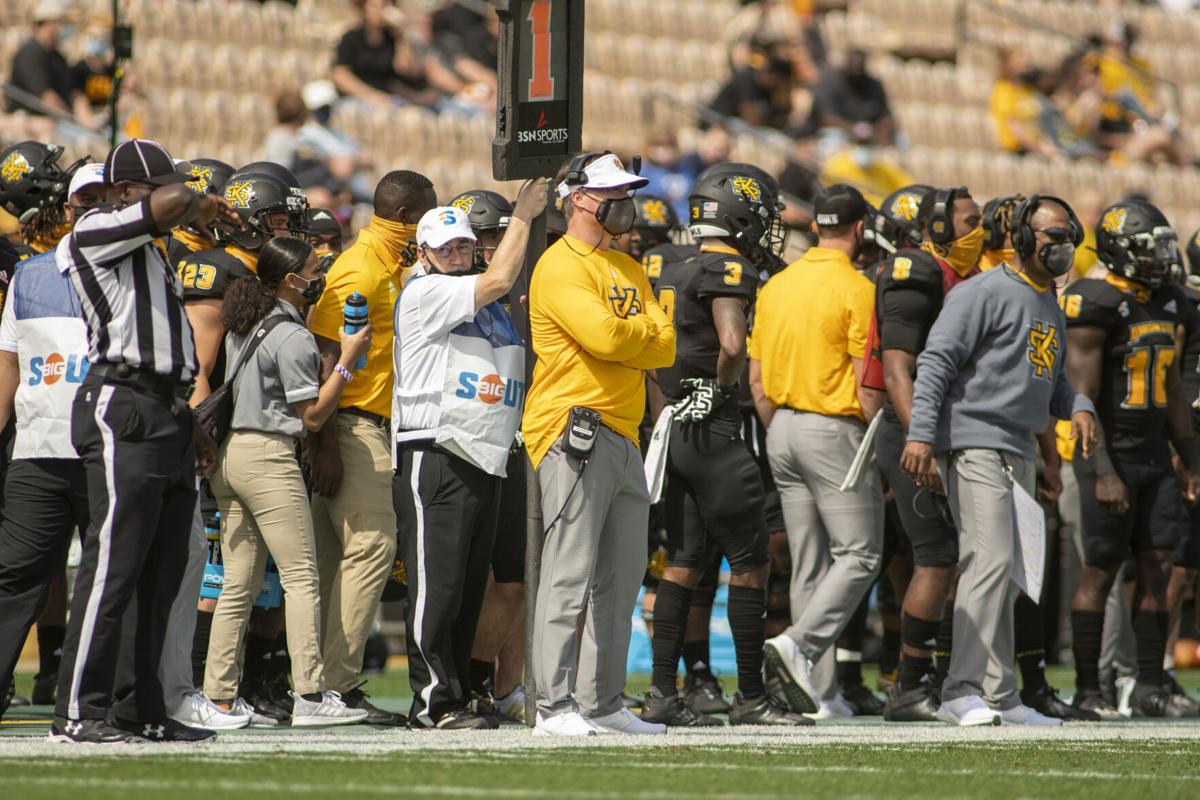 Kennesaw State coach Brian Bohannon, left, praised the work of the Owls’ special teams unit as being a key factor in Saturday’s win over Charleston Southern. 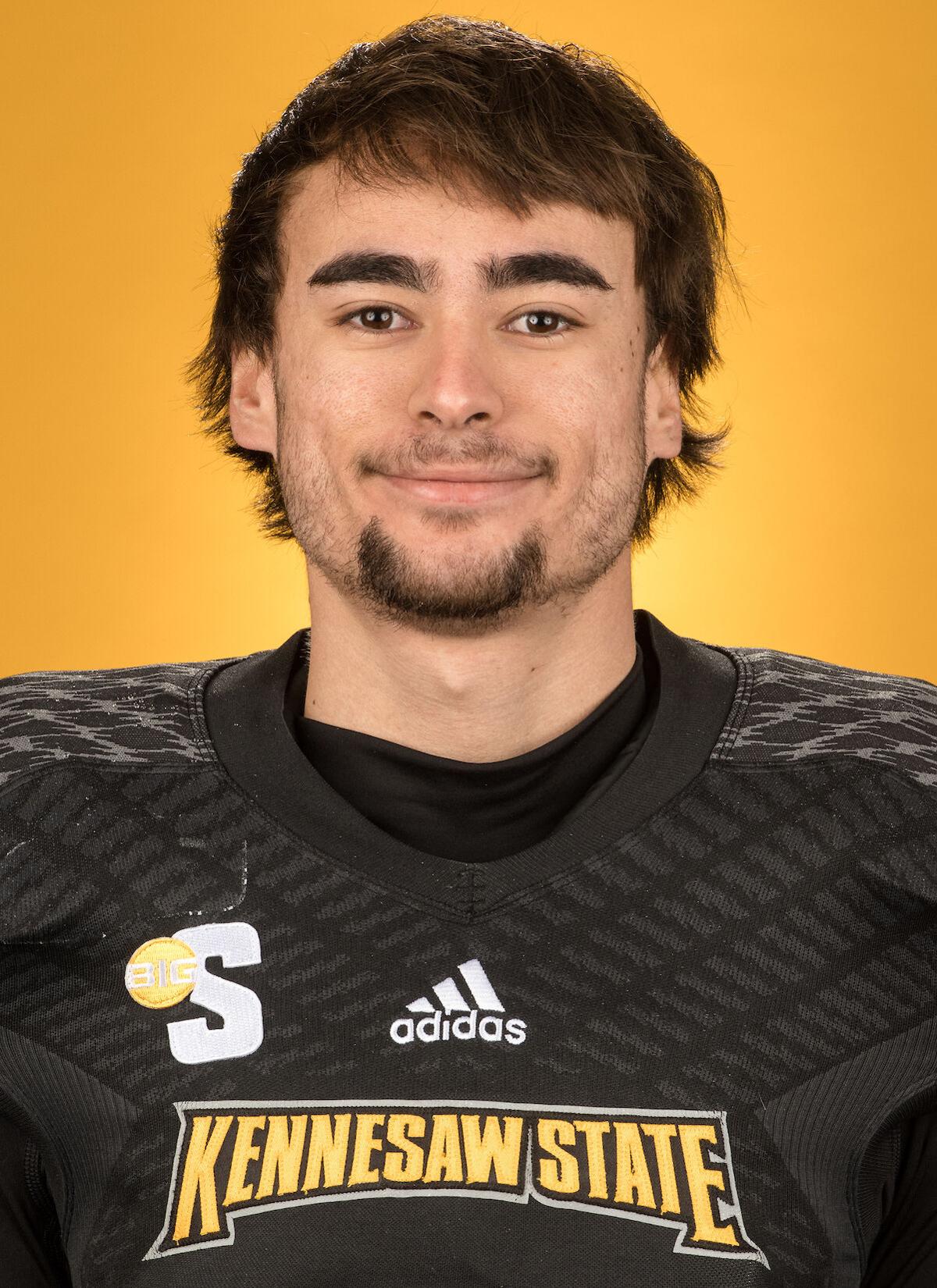 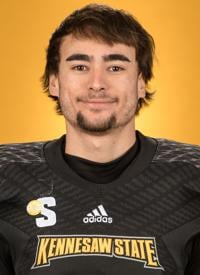 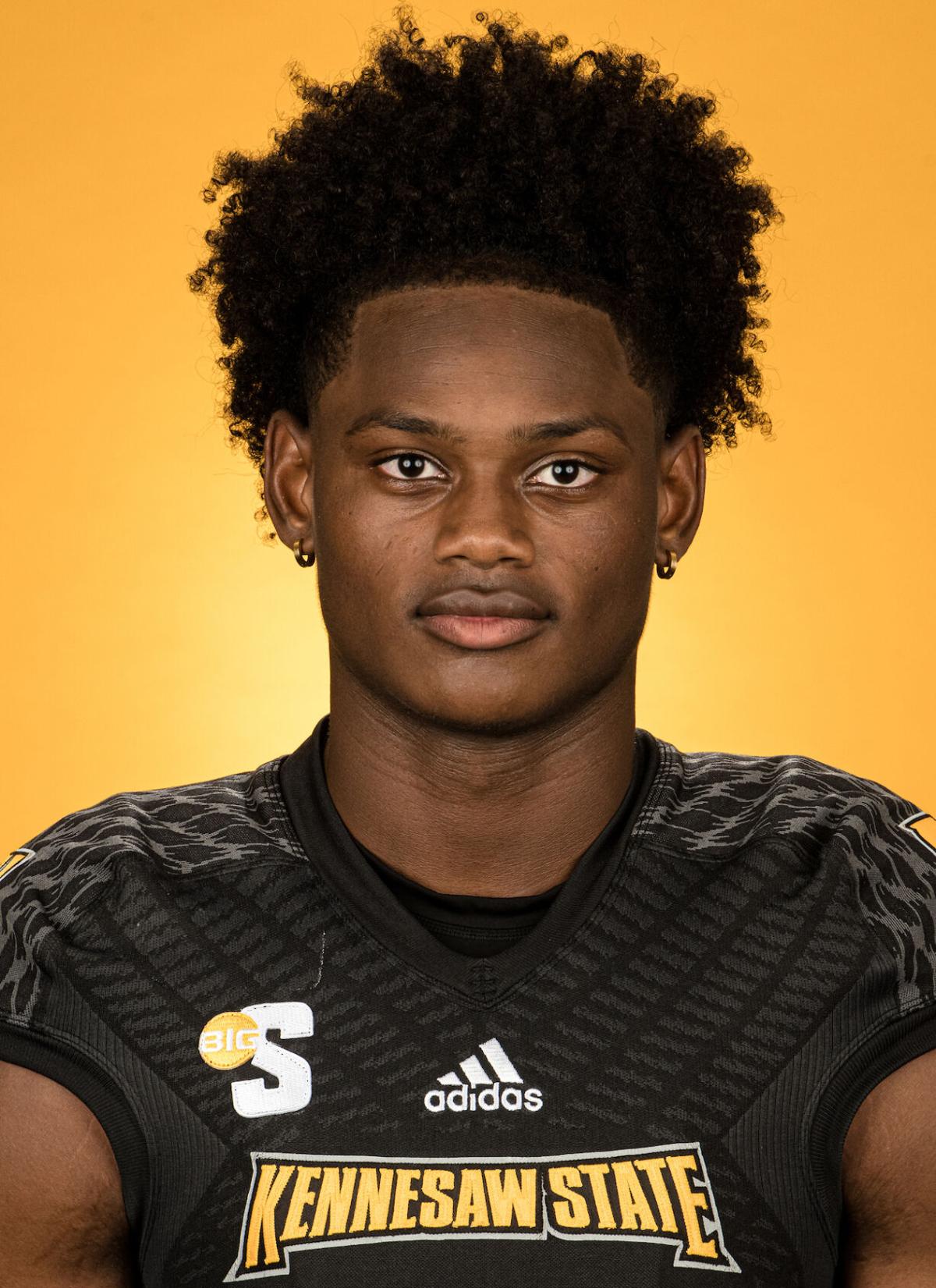 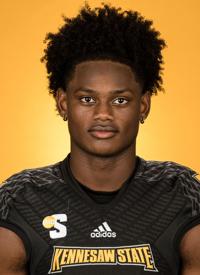 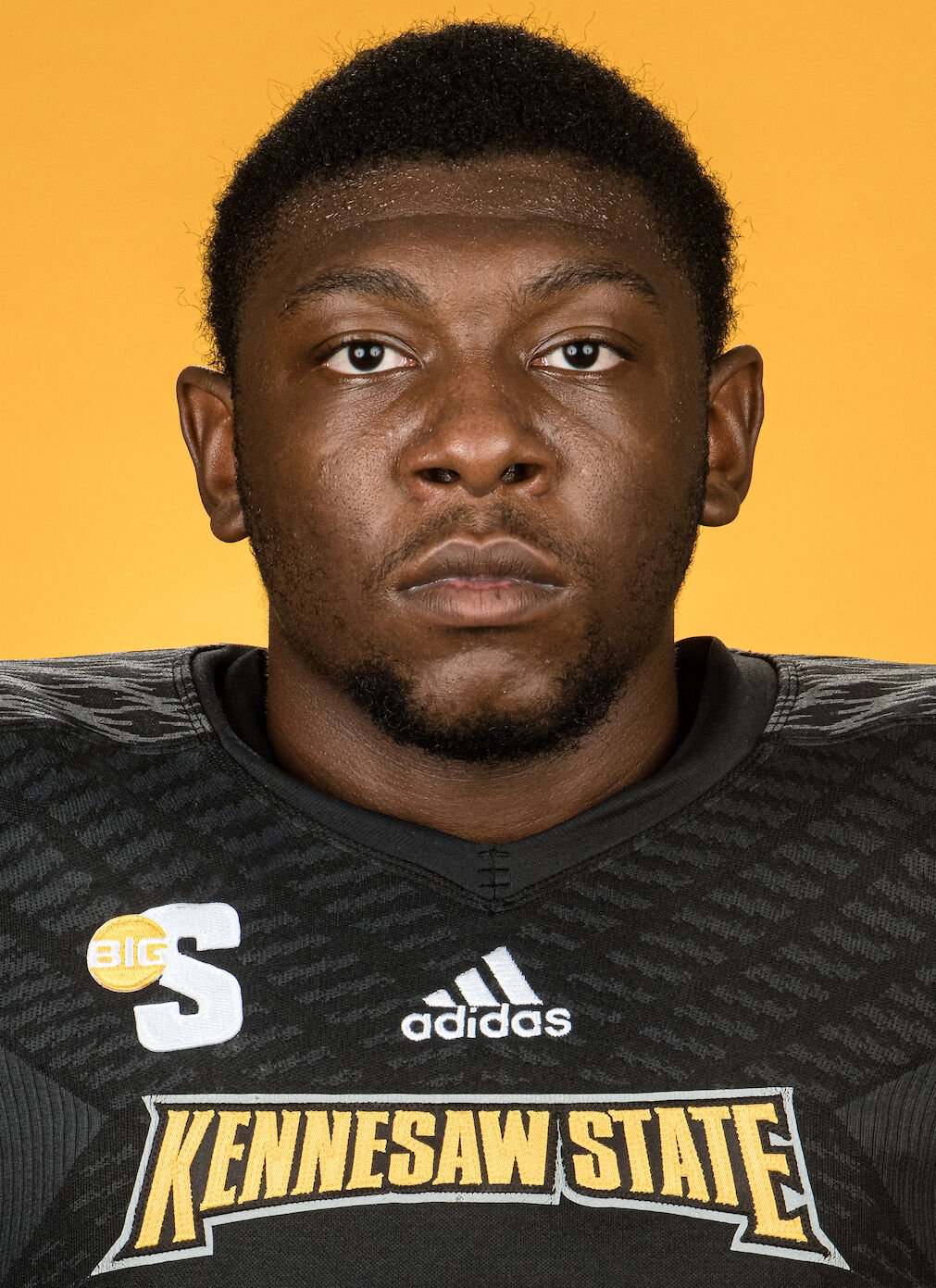 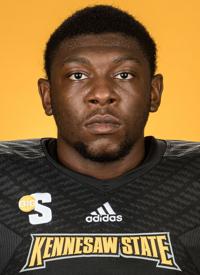 However, it was the special teams that made the plays that provided the necessary spark to get the other units on track.

“We were talking Monday on how big these special teams plays can change a game,” Kennesaw State coach Brian Bohannon said during his Tuesday media availability. “We were watching (freshman linebacker) Jalen Barnum run down on kickoff and had a huge hit, and everybody saw that, but on tape, we’re pointing to the sideline watching the energy that that creates, and you could see it. Everybody is jumping up and down. Special teams has a way to pull it all together, and I think that will be huge for us moving forward.”

During Kennesaw State’s 24-19 victory, the special teams also blocked a punt and an extra point, which helped flip the game.

With the game tied at 7-all late in the second quarter, sophomore defensive back Jeremiah Compton came clean on a punt rush and blocked the kick. The ball skidded out of bounds at the Charleston Southern 31.

Four plays later, Nathan Robertson came in and connected on a 25-yard field goal, which gave the Owls a 10-7 lead at the half.

While the block helped swing momentum in Kennesaw State’s direction, Bohannon said it could have been one of a few blocks on the day. The Owls had just missed on Charleston Southern’s first punt attempt, and they had a chance at another in the second half.

Kennesaw State led 24-7 when Charleston Southern scored a touchdown at the midway point of the fourth quarter. Instead of the Buccaneers closing to 24-14, some earlier communication between the special teams and the coaching staff led to a blocked extra point.

“The first (extra point), to our kid’s credit, Je’Cory Burks comes off and tells coach (Liam) Klein that he felt we could go get it, the guy was stepping out on them,” Bohannon said. “Sure enough, we put on an edge pressure and it opens up for (former McEachern standout) Xavier Reddick to come through the gap. He was almost so clean, he didn’t realize it, and he kind of jumped over the leg. It was a low kick, but we did find a way to get an open seam to go block it.

“It was another big play because now, when they do score (to cut it to 24-19), they have to go for two, which they didn’t get. All these things played a huge part in the game.”

With Kennesaw State and Charleston Southern being the only Big South Conference game played last weekend, it was no surprise that the Owls swept the conference player of the week awards.

Robertson was named Special Teams Player of the Week with his field goal and three extra points, and lineman Tyler Scott was named the Freshman of the Week after having three tackles.

Other teams of note included Jacksonville State at No. 8, Chattanooga at No. 11 and Furman at No. 13. Big South rivals Monmouth and Gardner-Webb were among those that also received votes.