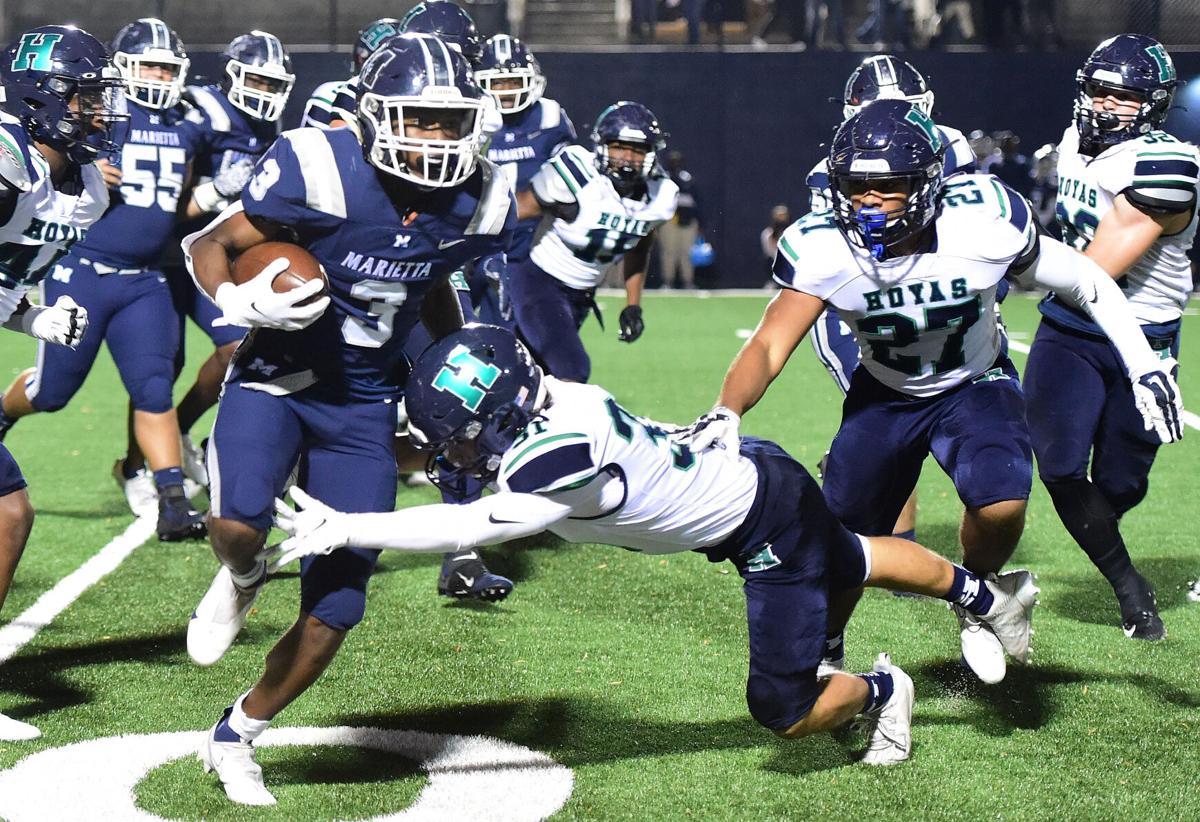 Marietta’s Milon Jones gets tackled by Harrison’s Trenton Hayberg on Nov. 6 at Northcutt Stadium. The postseason fates for both teams hinge on the results of this week’s final regular-season games. 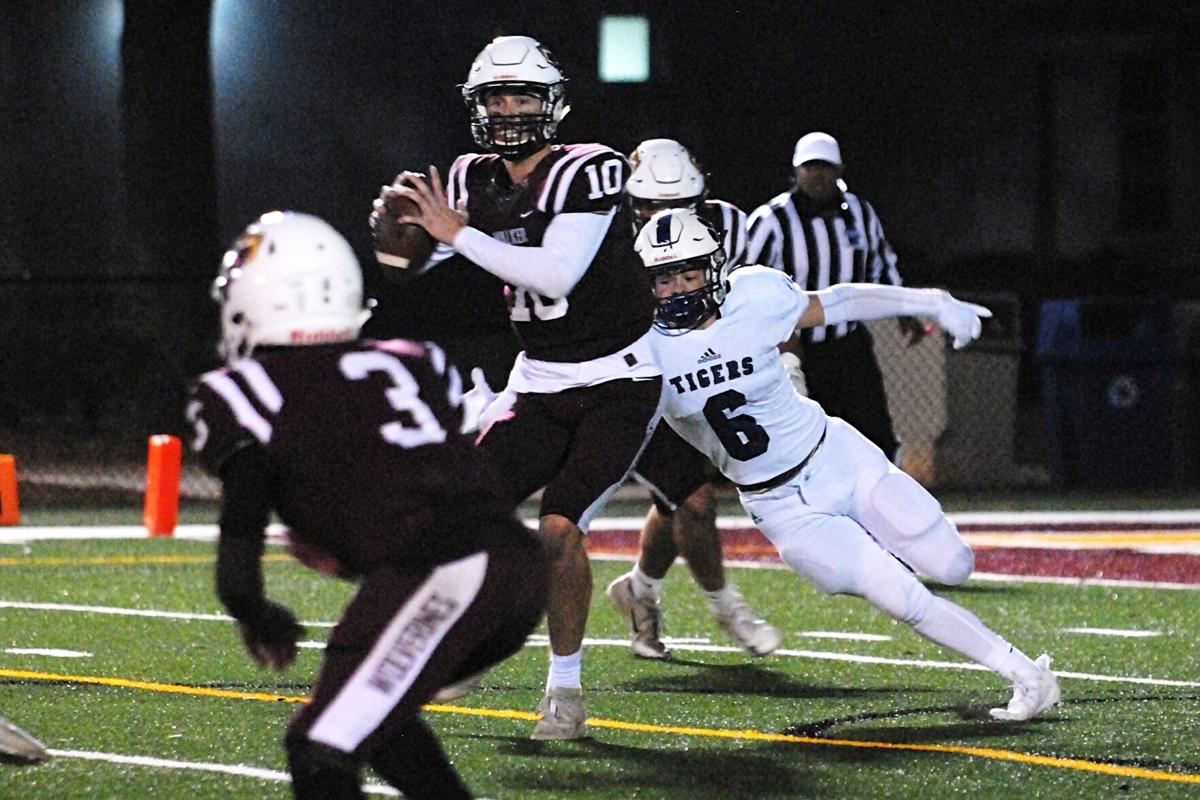 Walker quarterback Charlie Condon looks to pass last week against Darlington. The Wolverines will face Mount Paran Christian on Friday, with the winner securing the final playoff seed out of Region 7A.

Marietta’s Milon Jones gets tackled by Harrison’s Trenton Hayberg on Nov. 6 at Northcutt Stadium. The postseason fates for both teams hinge on the results of this week’s final regular-season games.

Walker quarterback Charlie Condon looks to pass last week against Darlington. The Wolverines will face Mount Paran Christian on Friday, with the winner securing the final playoff seed out of Region 7A.

Entering the last week of the high school football regular season, many of the playoff spots are already locked up.

What is still up in the air is which team will slide into which seed.

Cobb County could have as many as 13 teams make the postseason when the games are completed this weekend, and it looks like there will be a few intra-county games in Round 1 of the postseason. Regions 2 and 3 are set to face off against one another in Class AAAAAAA, while Regions 6 and 7 in Class AAAAAA will face off, which means some Cobb schools will face off with former region rivals from Cherokee County.

Here is the way the playoff picture looks heading into this week’s games.

Newnan and East Coweta are both undefeated in region play and will face one another to determine the champion Friday.

The No. 3 and No. 4 seeds will be determined Saturday when McEachern hosts Pebblebrook at 2 p.m. Both teams, assured of playoff berths, will open the playoffs on the road against either North Cobb or Walton.

The others are still up for grabs.

Marietta (2-7, 1-3) can make the playoffs as the No. 4 seed by beating Walton and having Harrison beat Hillgrove.

North Paulding (2-7, 1-3) would earn the No. 4 seed by beating North Cobb and having Hillgrove and Marietta lose.

If Hillgrove, Marietta and North Paulding all lose, it would leave the trio with 1-4 records in the region. The Georgia High School Association’s bylaws state that, if there are three or more teams tied, one team would advance if it has beaten the others.

To break the tie, it would revert to point differential among the common opponents. In that case, it appears that Hillgrove would come out on top. The Hawks beat Marietta by 18 points and lost to North Paulding by six, which gives them a plus-12 point differential.

The tiebreaker would be records of those four teams against one another. Hillgrove and Harrison would each be 2-1, while Marietta and North Paulding would be 1-2. That would leave Hillgrove as the No. 3 and Harrison at No. 4.

If the Greyhounds lose, they could potentially be on the outside looking in. The region members agreed to a stipulation that it would not put a team that played more region games at a disadvantage if it had the same number of wins as one that had games canceled because of the virus.

What that means is if Pope loses, Sprayberry (4-4, 4-2) beats South Cobb and Kennesaw Mountain beats Osborne the third and fourth seeds will be determined by point differential.

If Allatoona beats Pope by one or two points and Sprayberry beats South Cobb, then Sprayberry is the third seed and and Pope is the four.

If Kennesaw Mountain beats Osborne by at least 15 points and Allatoona beats Pope by three, then there would be a tie in point differential among common region opponents between the Greyhounds and Mustangs and that would trigger the next tiebreaker, points allowed.

If Landmark upsets Eagle’s Landing Christian, all three teams will be tied, and it could set up tiebreaking mini-games.

Editor's note: This story was updated with changes to rules within Region 6AAAAAA.