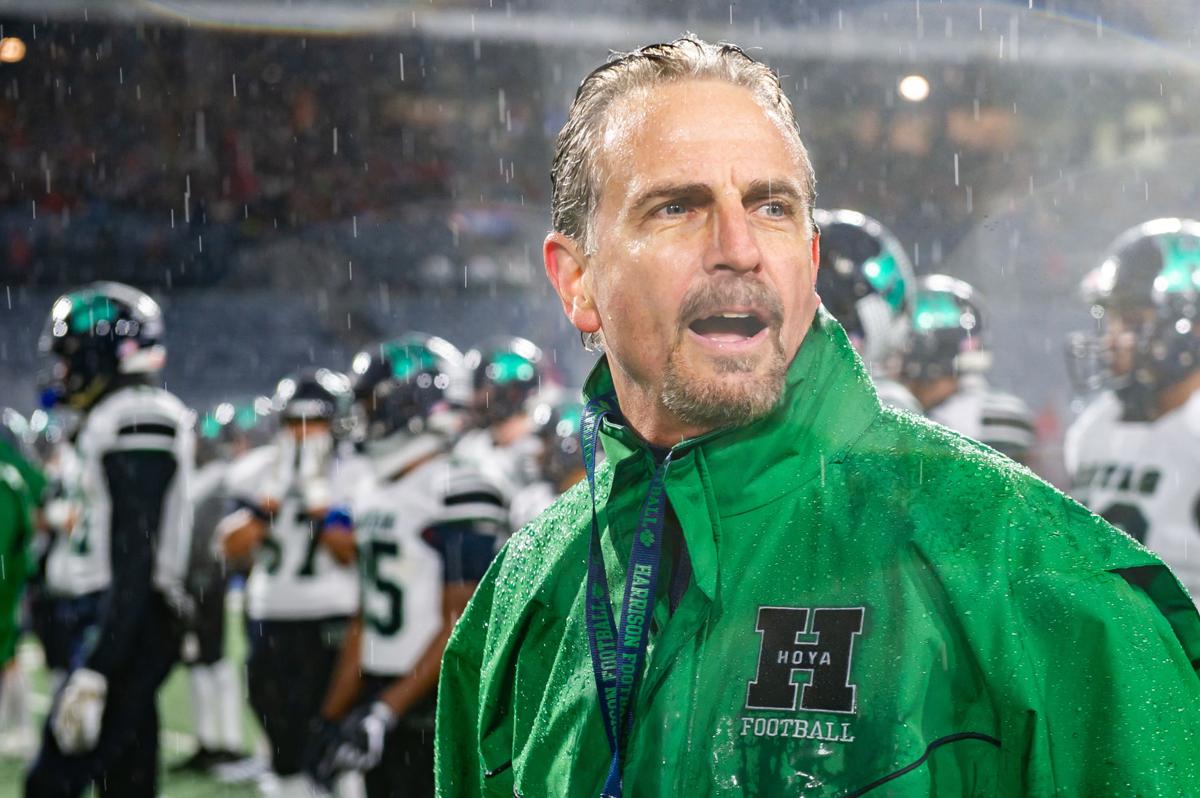 Harrison head coach Matt Dickmann gets his team ready to play Allatoona in the rain for the GHSA AAAAAA state final Friday, Dec. 13, 2019 at Georgia State Stadium in Atlanta. (Photo: Will Fagan) 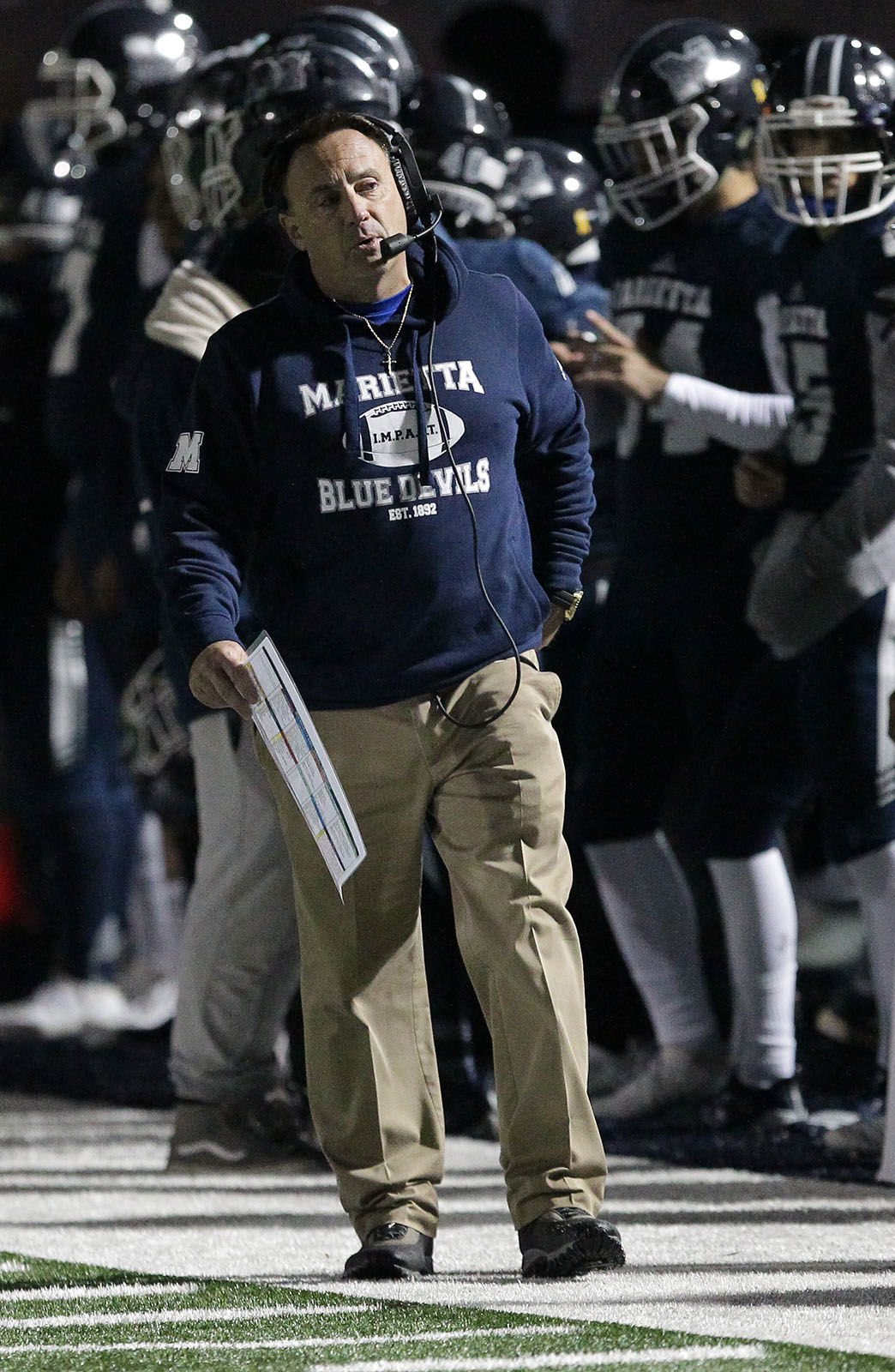 Harrison head coach Matt Dickmann gets his team ready to play Allatoona in the rain for the GHSA AAAAAA state final Friday, Dec. 13, 2019 at Georgia State Stadium in Atlanta. (Photo: Will Fagan)

In Georgia, only eight teams finished the 2019 football season holding a state championship trophy above their heads.

Two of them were in Cobb County.

When a coach leads a team to a title, he gets to share in the accolades, and Marietta's Richard Morgan and Harrison's Matt Dickmann are no different.

Morgan, who led Marietta to a 13-2 record and the program's first state championship since 1967, was blessed to have a roster with nine seniors who signed Division I letters of intent, along with many other talented up and coming players behind them.

Many times, getting a group with that much talent to work together can be a challenge, but Morgan said his group did not care who got the credit.

"It's an honor, and I'm humbled (about the award)," he said. "My job, and my coaching staff, is to get them ready to play. A lot of the credit has to go to the kids because they really bought in to our vision.

"Practices were fun, and the season flew by. We played a lot of challenging games. I think I'm most proud of the way they handled adversity, came together and earned Marietta's support. Everyone bought into being one team for one city, and the support grew every week."

After losing two games during the regular season, Marietta steamrolled its way through the playoffs and beat Lowndes 17-9 in the title game.

Morgan said this team will be remembered.

"This group will never be forgotten" he said. "Forty years from now, they will be talking about this team."

The same will be able to be said for Harrison.

The Hoyas completed the first 15-0 season in Cobb County history, and only the county's second undefeated championship run, after Mount Paran Christian (14-0) in 2014.

"If I got coach of the year, it's because of the team," Dickmann said. "They are a special group. It's great to be recognized, but it's a reflection of the kids and the coaching staff."

Harrison went through the season averaging 39.3 points per game, while allowing only 10.5.

Only once did the Hoyas have an opponent keep the game within one score. Harrison beat Allatoona 21-17 in October, but the Hoyas made up for that with a 13-point victory in the rematch in the state championship game.

While their team was not full of Division I prospects, the Hoyas won because the whole was greater than the sum of its parts according to Dickmann. It was a true team effort from a roster of players reaching their potential.

Dickmann said it was amazing the response the team got from everyone connected to the program.

"There is a lot of pride in the Harrison community," he said. "The members of the 2000 (state runner-up) team was so happy. They considered this taking care of some unfinished business. It was touching to hear from them. They were so excited."

they both are the finest coaches of the league and they deserve to be mentioned in the news and glad to see them nominated in the best coach category. I want you to write my book review after reading it. Both of them supervised the team at their best and made them qualify till the end in the league.