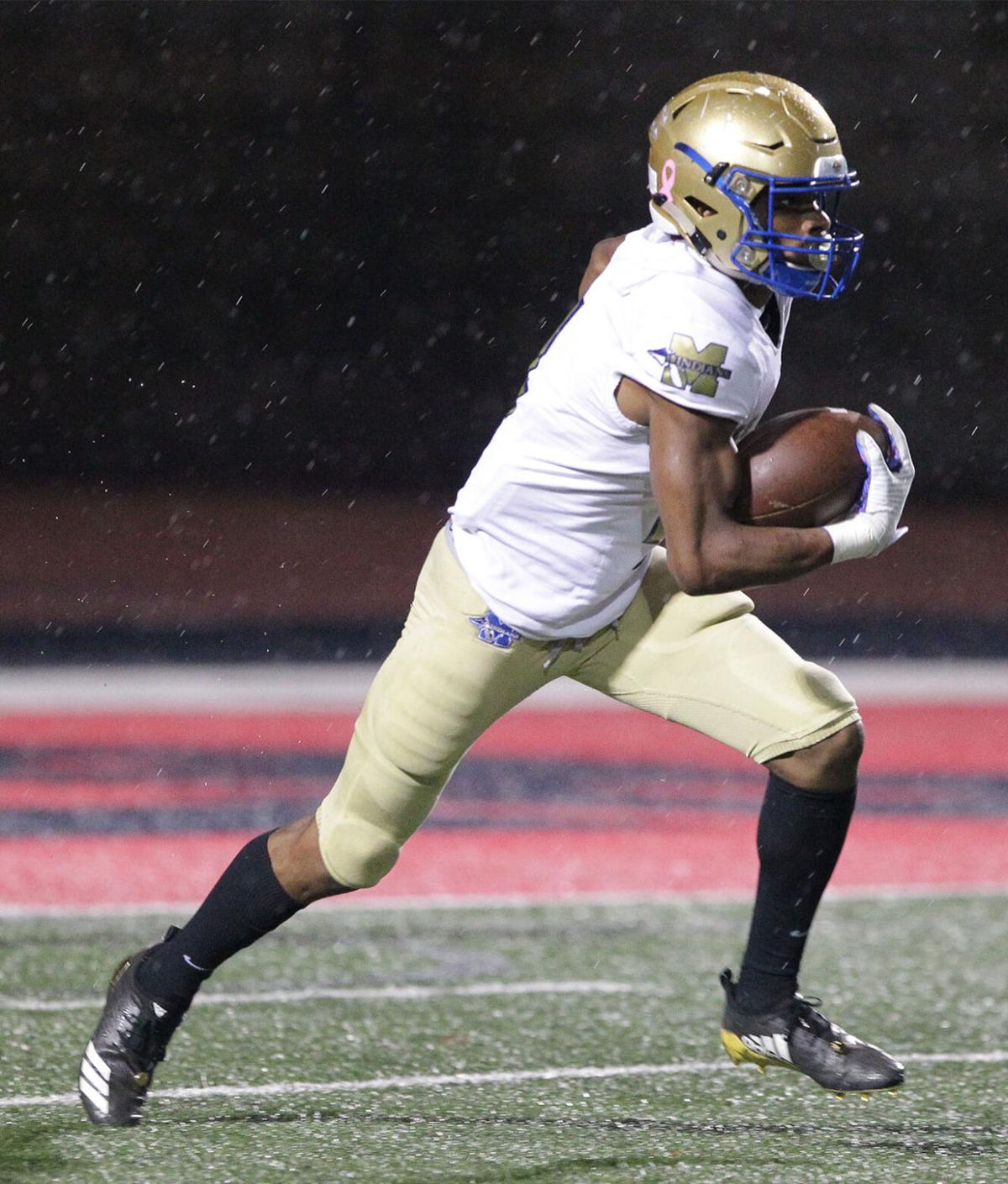 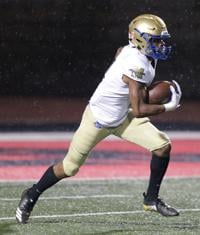 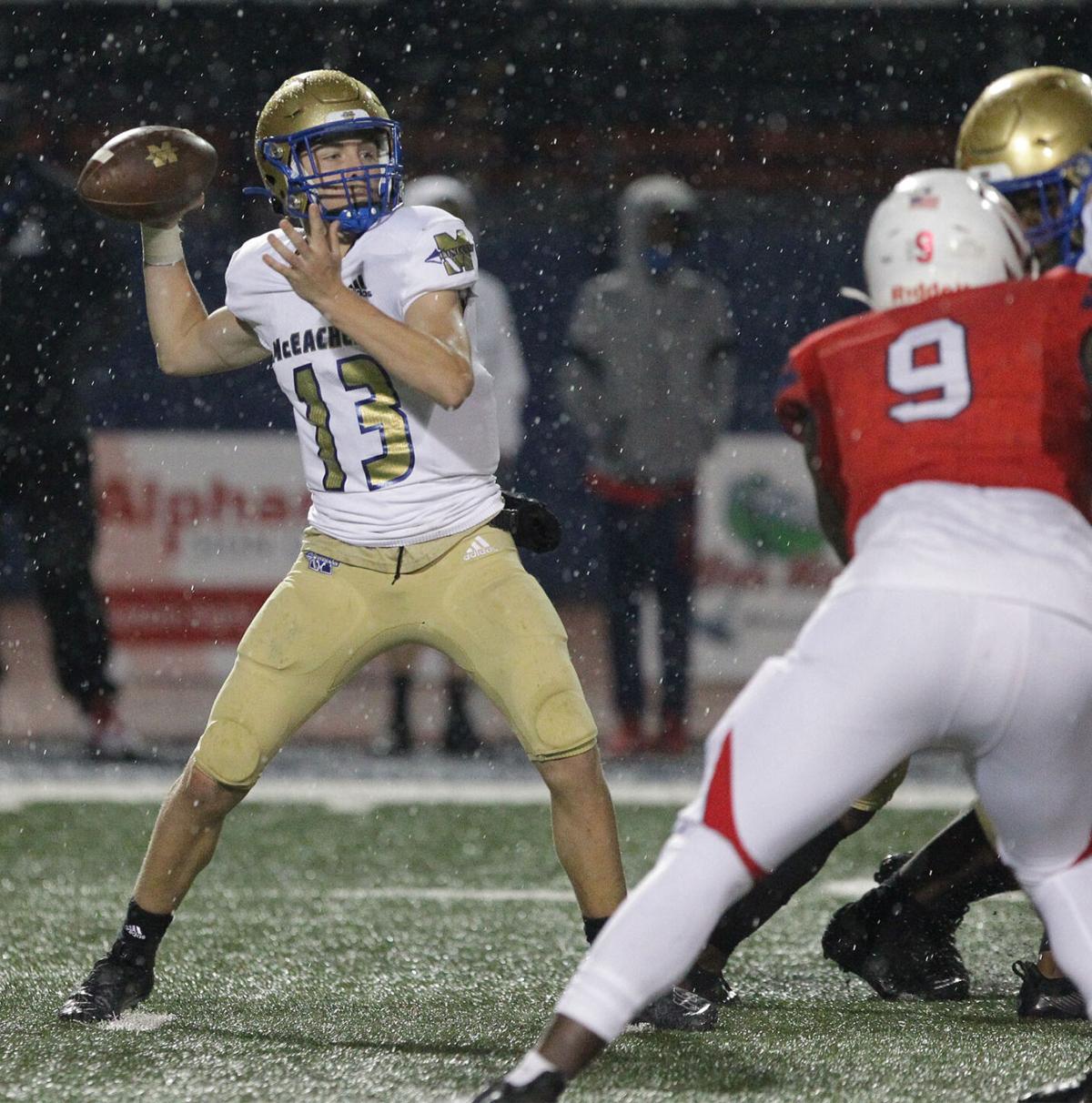 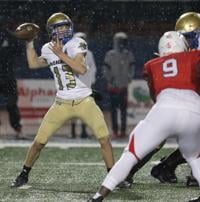 McEachern QB Reece Kingeter (13) looks to air the ball out against the Milton defense. SPECIAL/John Silas 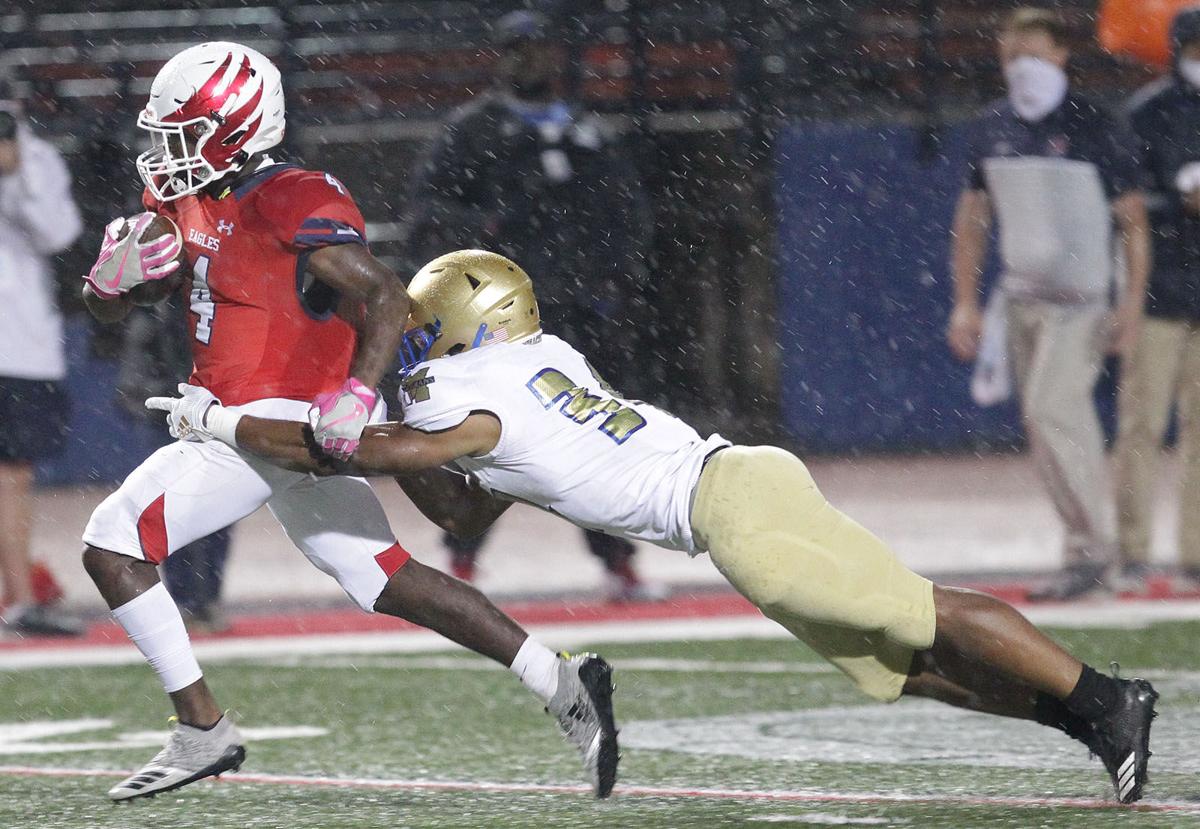 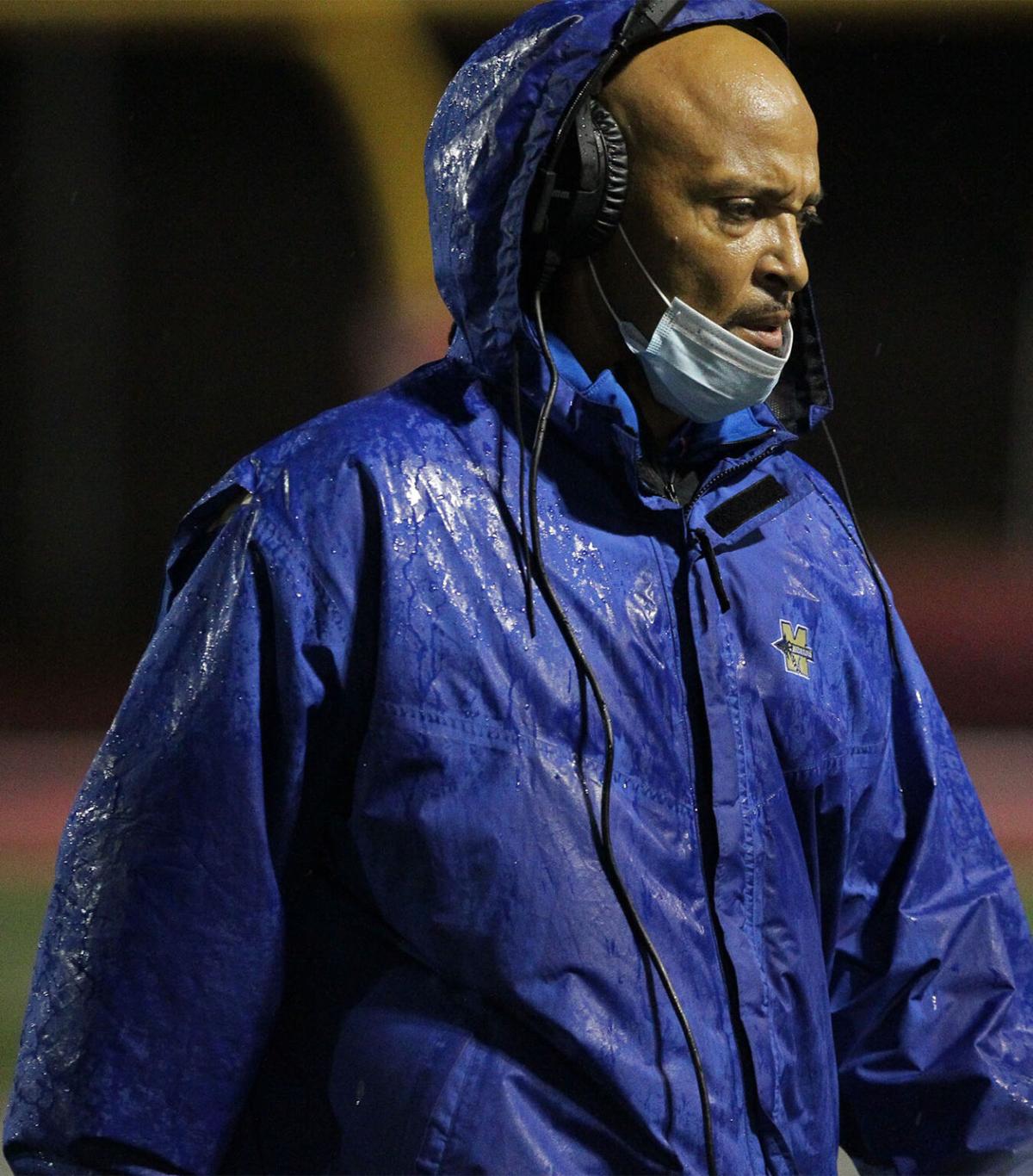 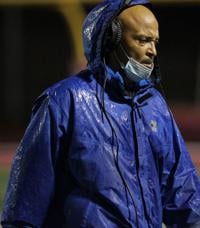 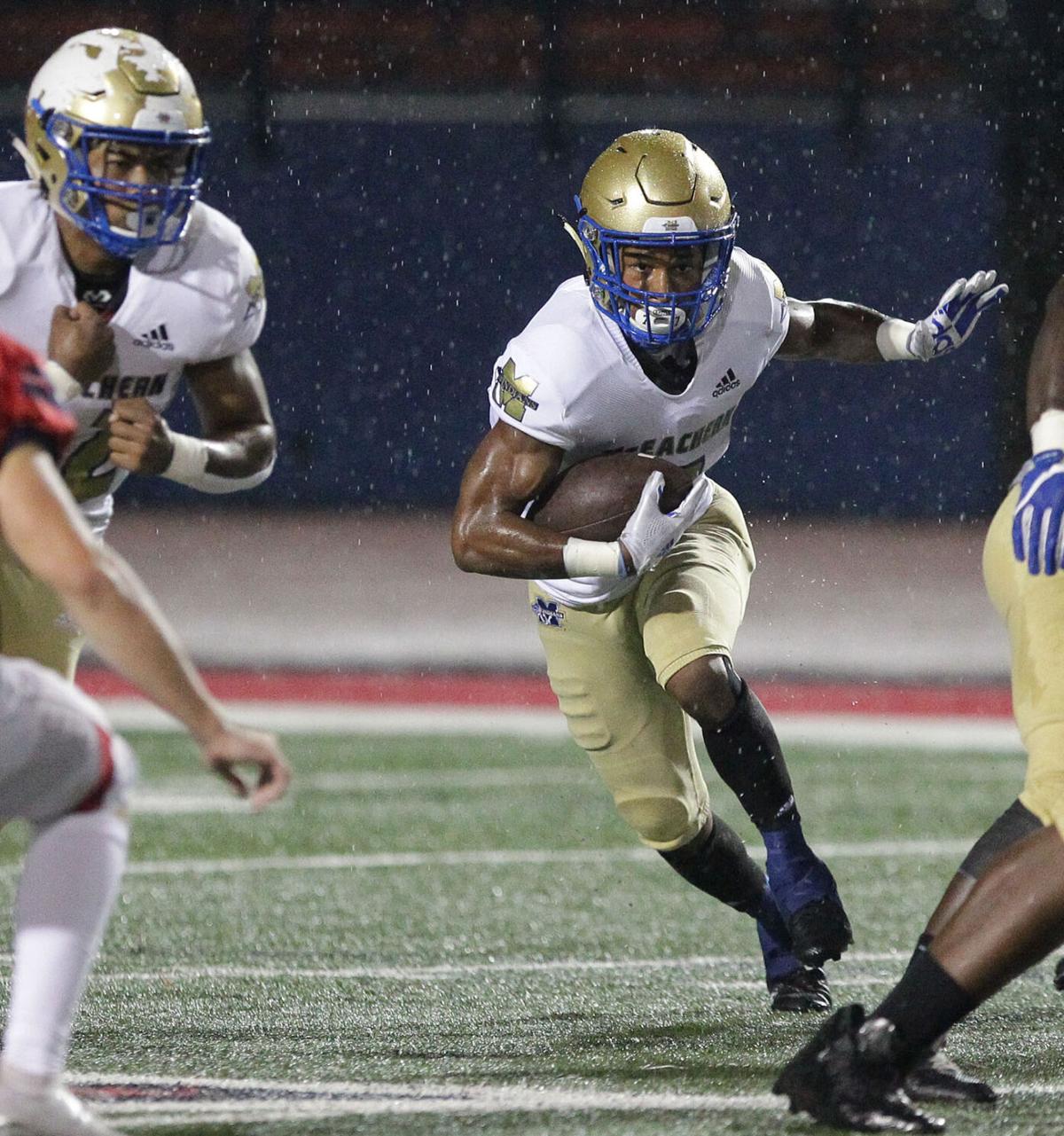 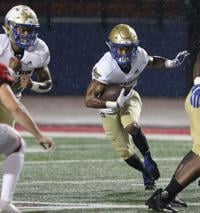 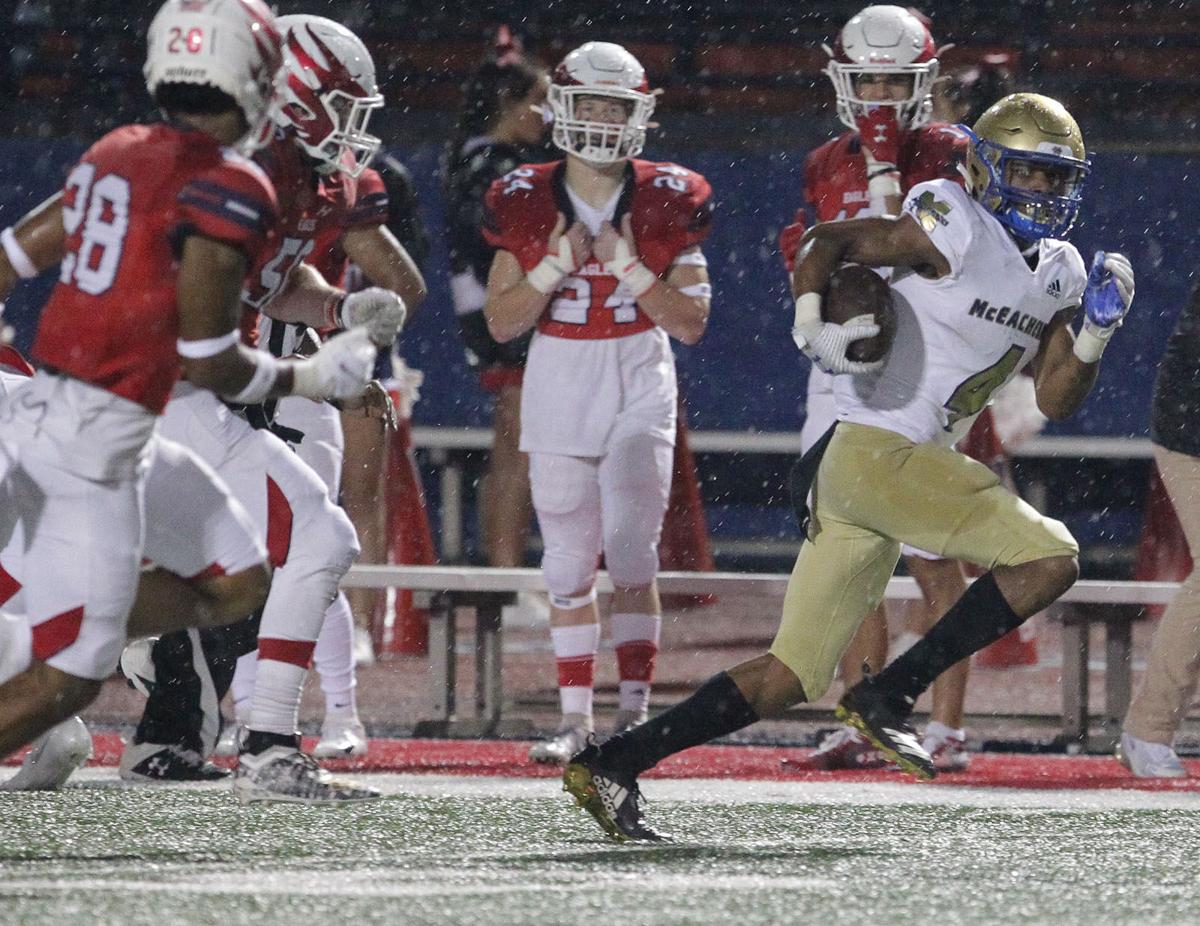 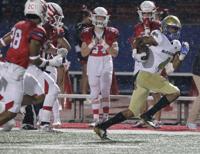 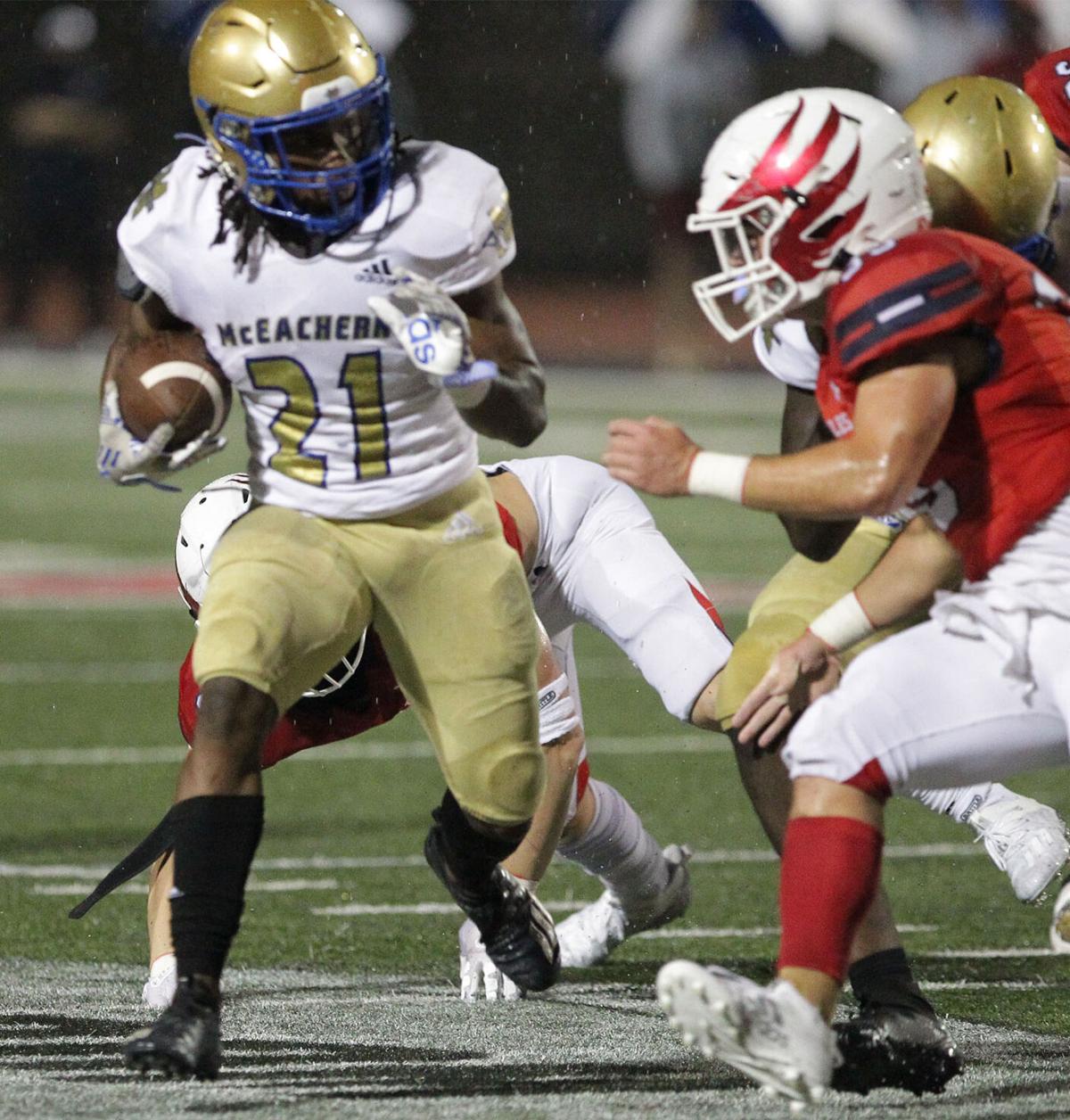 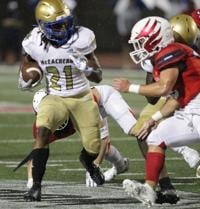 McEachern RB Mekhi Crawley (21) breaks into the open for a first down run. SPECIAL/John Silas 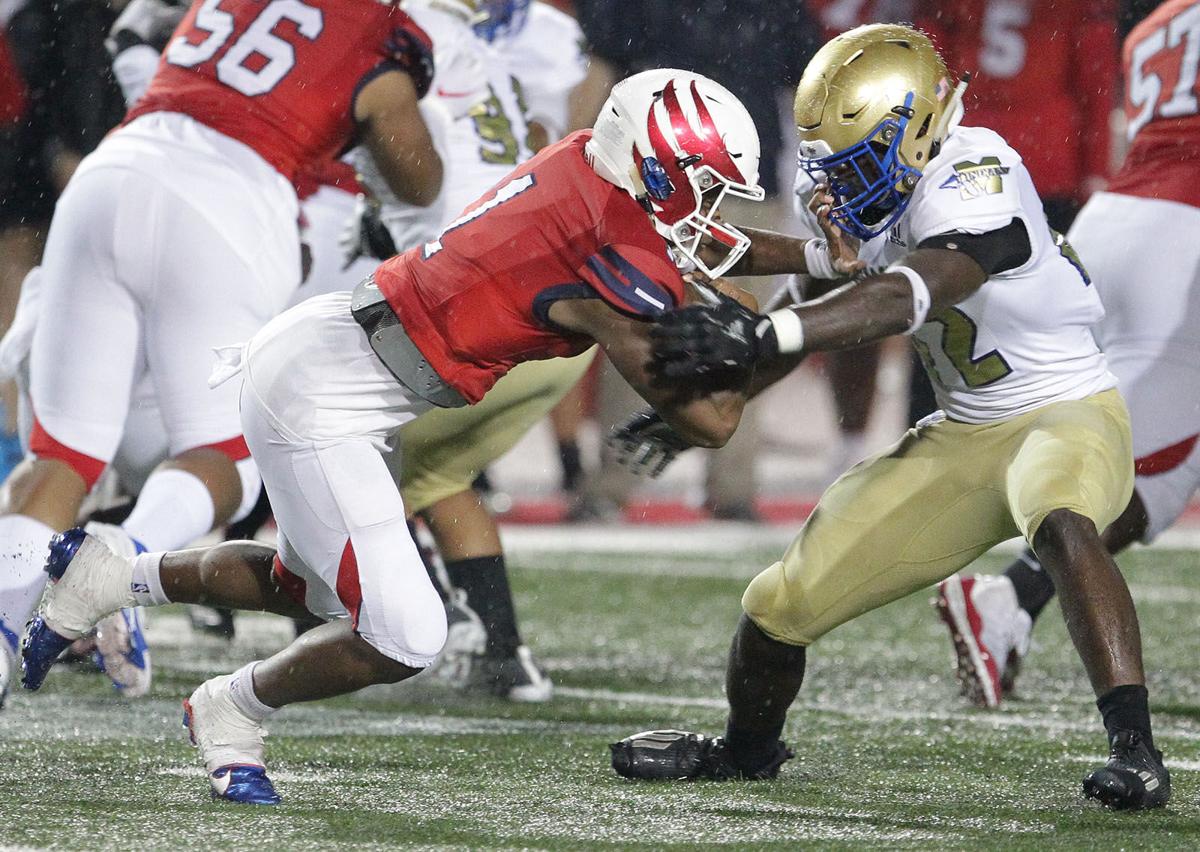 McEachern QB Reece Kingeter (13) looks to air the ball out against the Milton defense. SPECIAL/John Silas

McEachern RB Mekhi Crawley (21) breaks into the open for a first down run. SPECIAL/John Silas

MILTON -- McEachern wasn't able to get its offense going, and the Indians lost to Milton 16-3 in a rain-drenched non-region game at the Eagles Nest on Friday.

The Indians took a 3-0 lead in the second quarter, but Milton proceeded to score 16 unanswered points to claim the win.

This is the first time McEachern (2-4) has lost four of its first six games of the season since 2007. The Indians will be off next week before opening Region 2AAAAAAA play against Campbell on Oct. 23.

McEachern was unable to run or pass the ball effectively in the wet conditions, gaining only 31 yards on the ground and 72 yards in the air.

After a scoreless first quarter, McEachern (2-4) got on the scoreboard first with a 27-yard field goal by Kyle Hill that gave it a 3-0 lead with 8:52 remaining in the first half.

Milton (3-1) got a big break towards the end of the first half when Owen Pauley recovered a flubbed McEachern punt and took the ball to the Indians 15 yard line with 45 seconds to go.

Three plays later, Milton scored as Devin Farrell ran 15 yards into the end zone on a quarterback keeper with 17 seconds left to give the Eagles a 7-3 advantage that they would take into the locker room at halftime.

Farrell also provided Milton its next score when he connected with Debron Gatling on a 30-yard touchdown pass to increase the Eagles a 13-3 lead with 6:16 remaining in the third quarter.

McEachern was able to get a serious drive going later in the third quarter, moving the ball all the way down to the Milton 19 with 3:12 to go.

However, a holding penalty moved the Indians back to the Milton 29, and they were unable to regain their momentum, eventually giving the ball back on downs.

Milton scored one more time late in the fourth quarter when Christian Colasurdo kicked a 27-yard field goal with 3:50 left in the game to give the Eagles their final margin of victory.