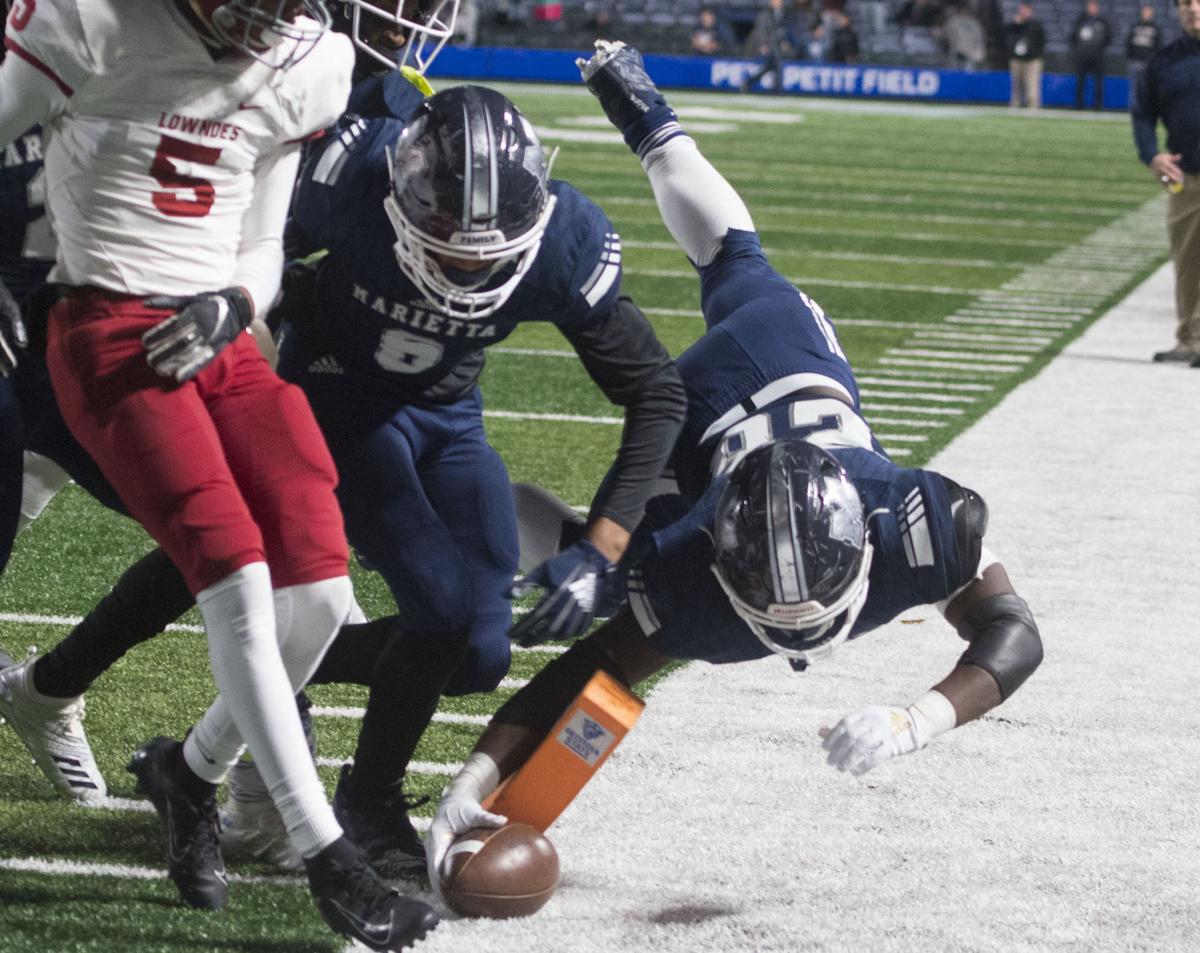 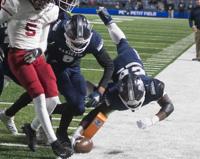 Marietta running back Kimani Vidal hits the pylon to score a touchdown against Lowndes in the Class AAAAAAA state championship game in December. 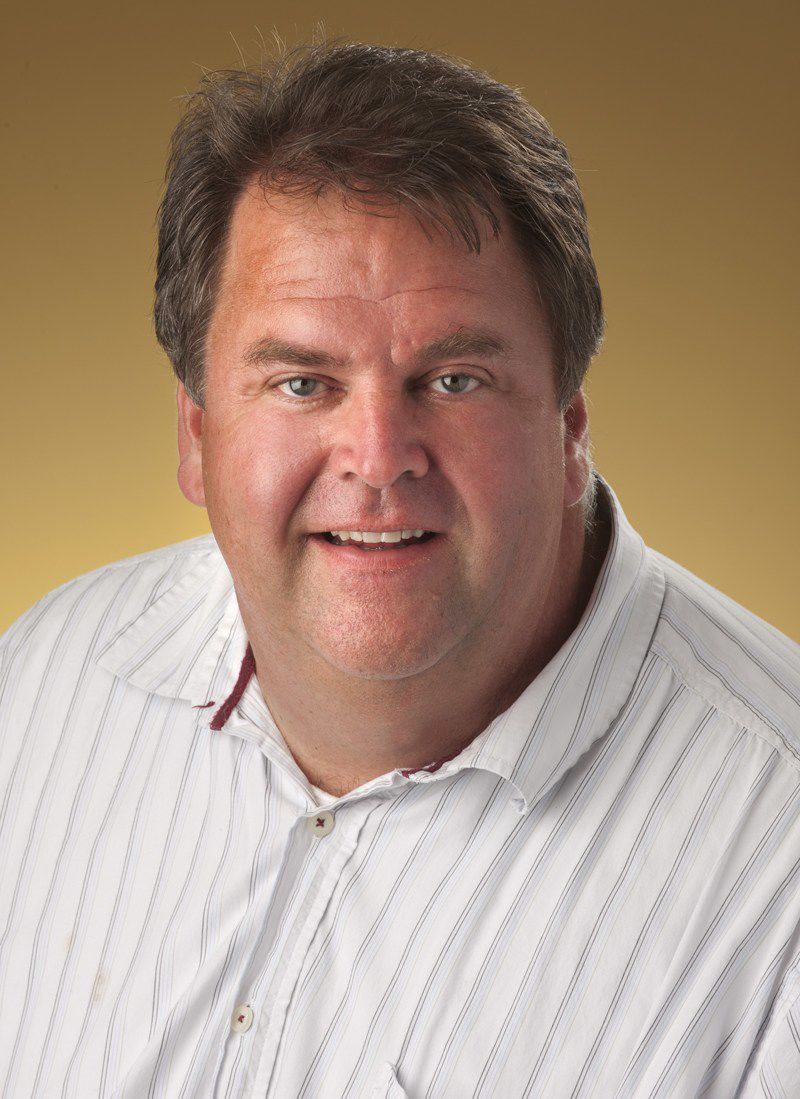 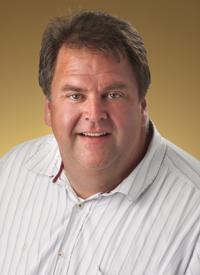 As a photographer who is shooting a big event, award-winning photos are not the first thing that crosses Anthony Stalcup’s mind.

He is more concerned with doing a good job for his employer.

For Stalcup, last December’s Class AAAAAAA football state championship game between Marietta and Lowndes allowed him to have both.

Stalcup’s photo of Marietta running back Kimani Vidal diving into the corner of the end zone for a second-quarter touchdown won first place in the Associated Press Sports Editors’ national contest for action photos in the small-newspaper division.

The award, announced Thursday, is Stalcup’s first national first-place award. He will be honored at the APSE Summer Convention, which is scheduled for June in Indianapolis.

As far as the winning photo was concerned, Stalcup said he did not realize his photo was worthy on the national level.

“I really didn’t think so when I took it,” he said. “It’s a big event and you go there hoping to do the best job you can. There are hundreds of thousands of sports photos taken every day. I knew it was a good photo, but that’s not what you think about in the middle of a game.”

Judging in the action photo category was based on the quality of photo from a live event. The judges were national photographers from The Associated Press.

Stalcup has shot many sports photos for the Marietta Daily Journal. In addition to football, he covered the recent state wrestling and basketball championships in Macon.