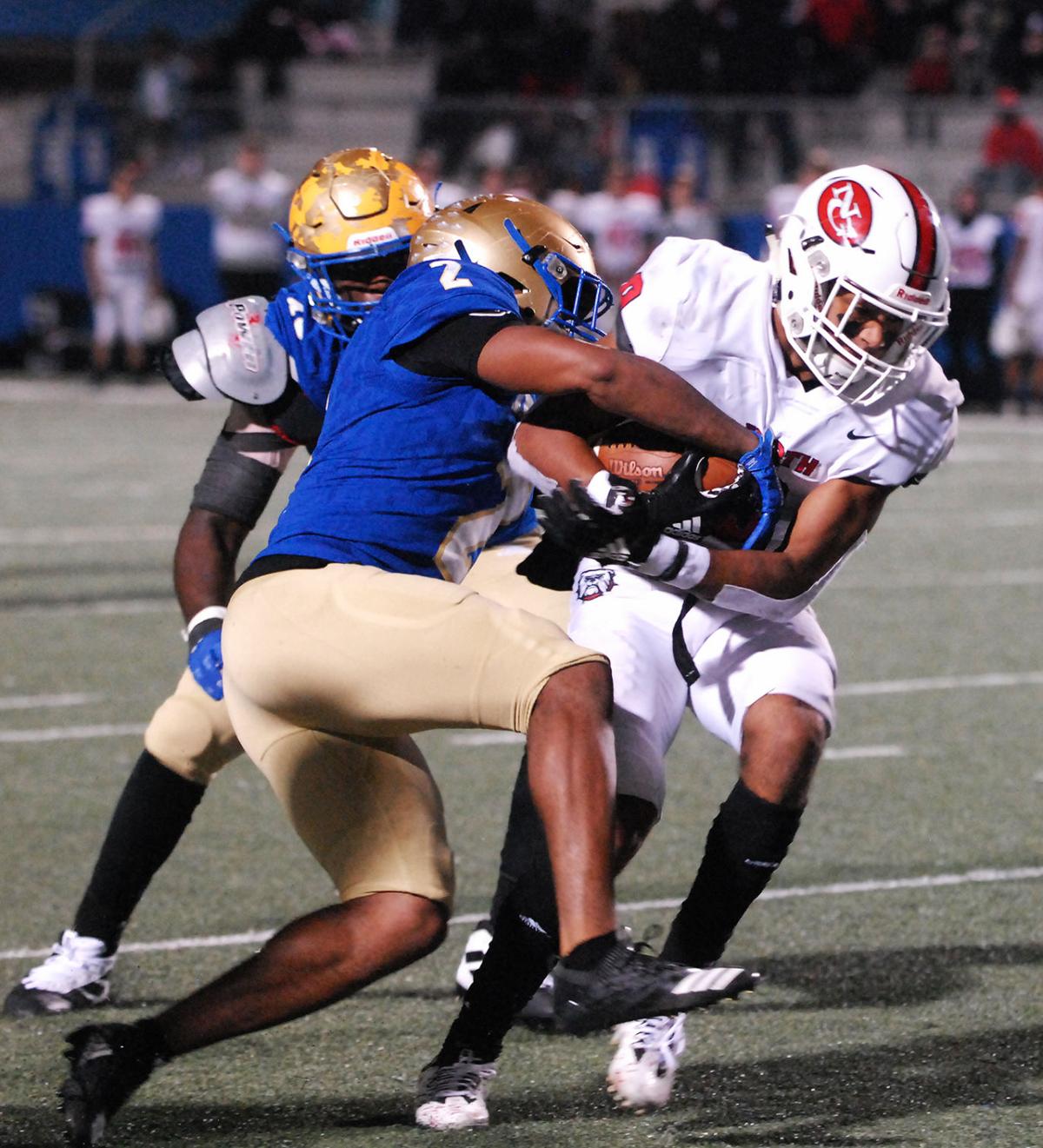 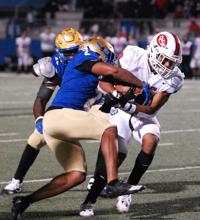 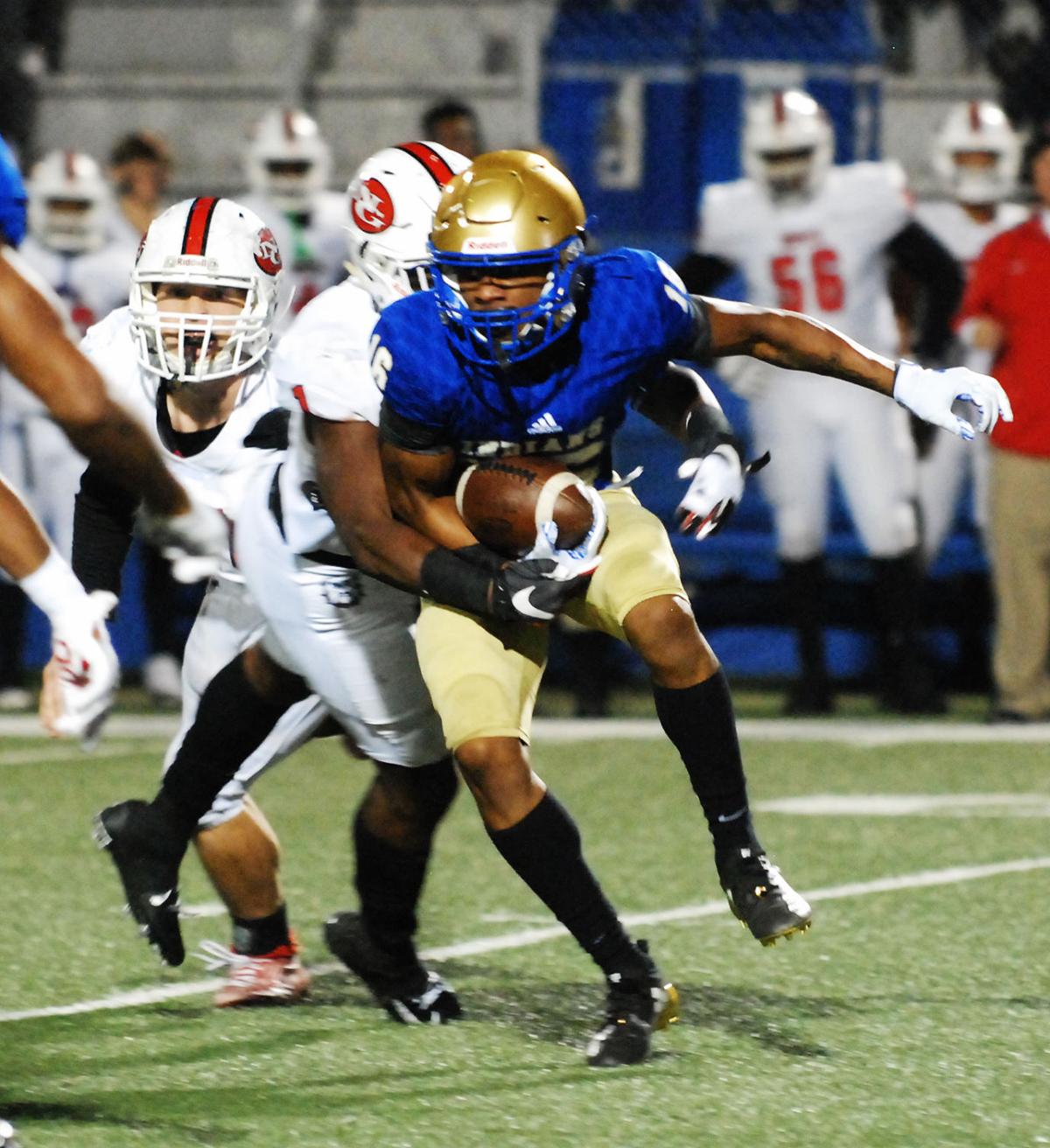 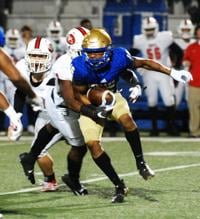 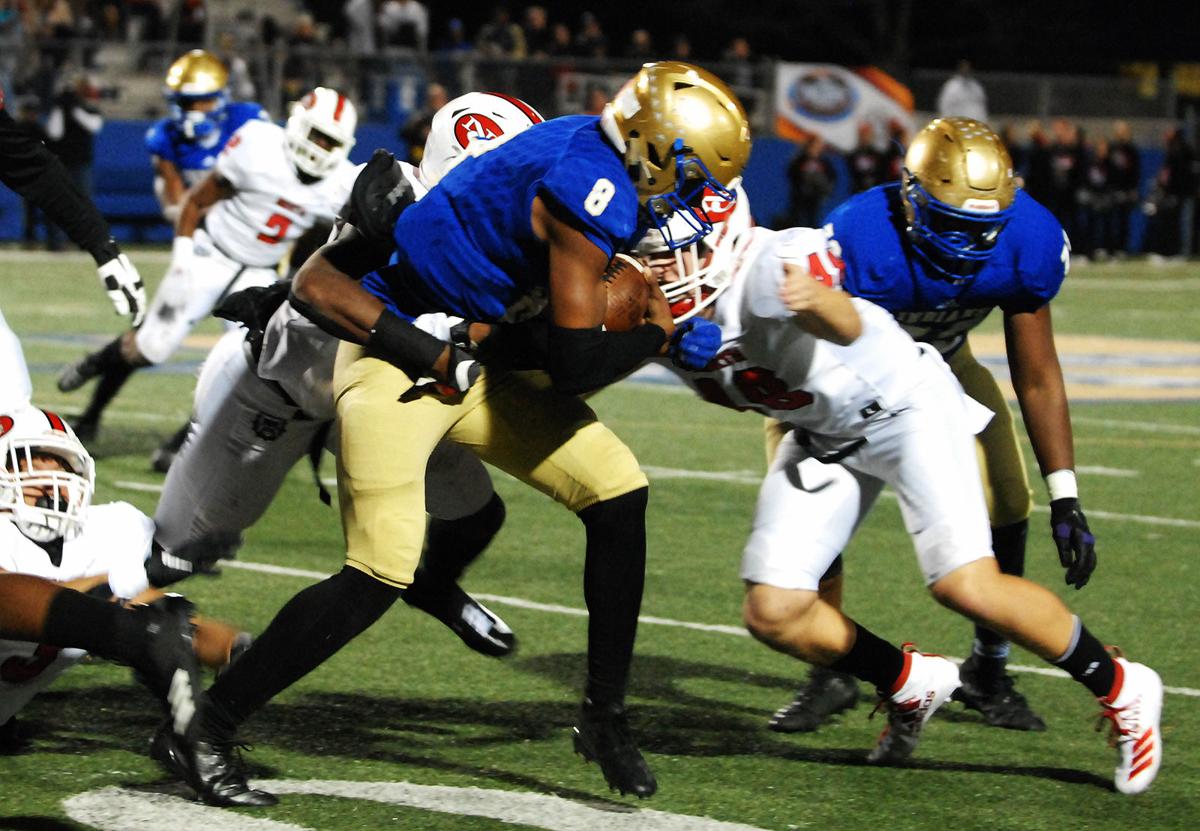 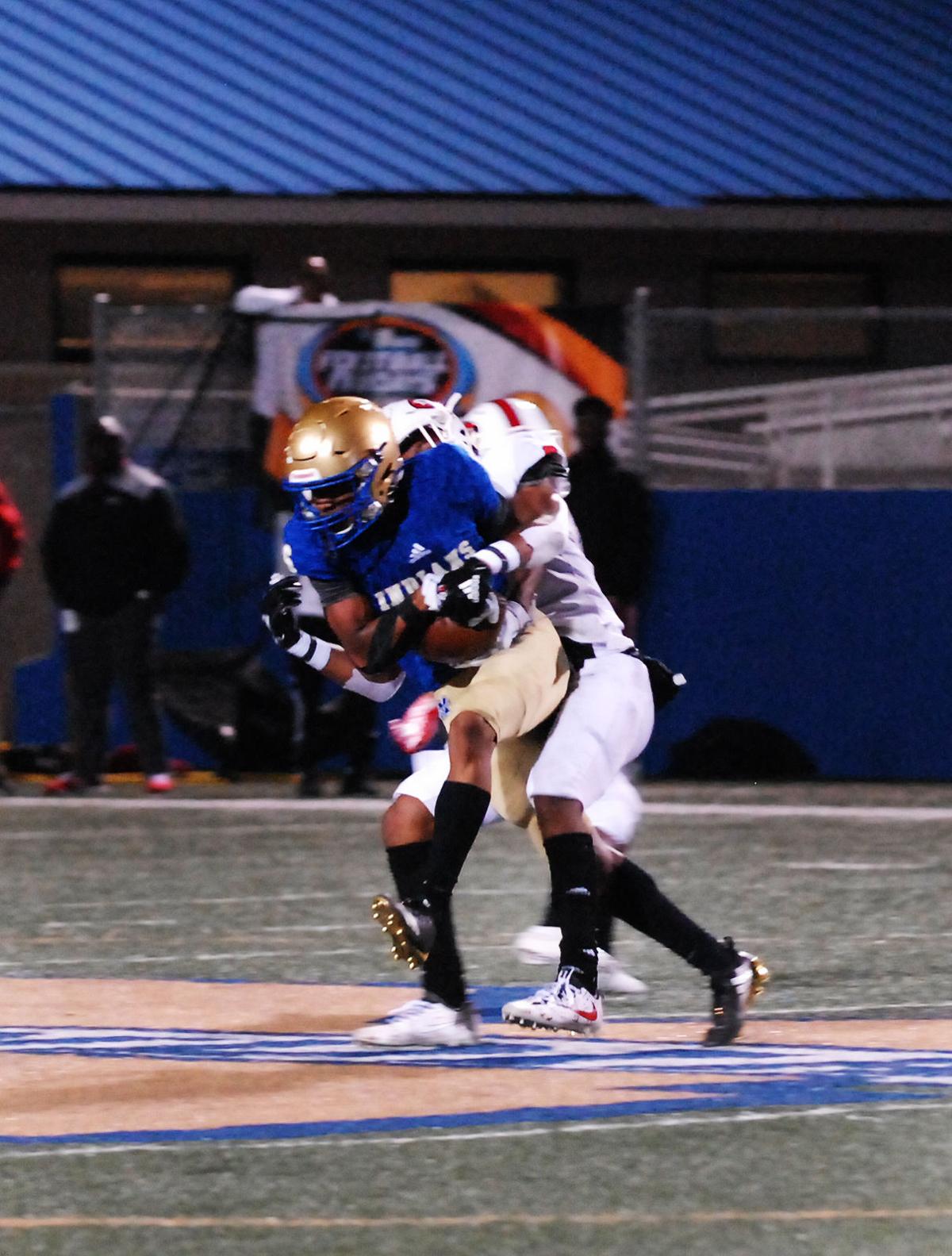 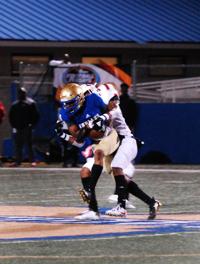 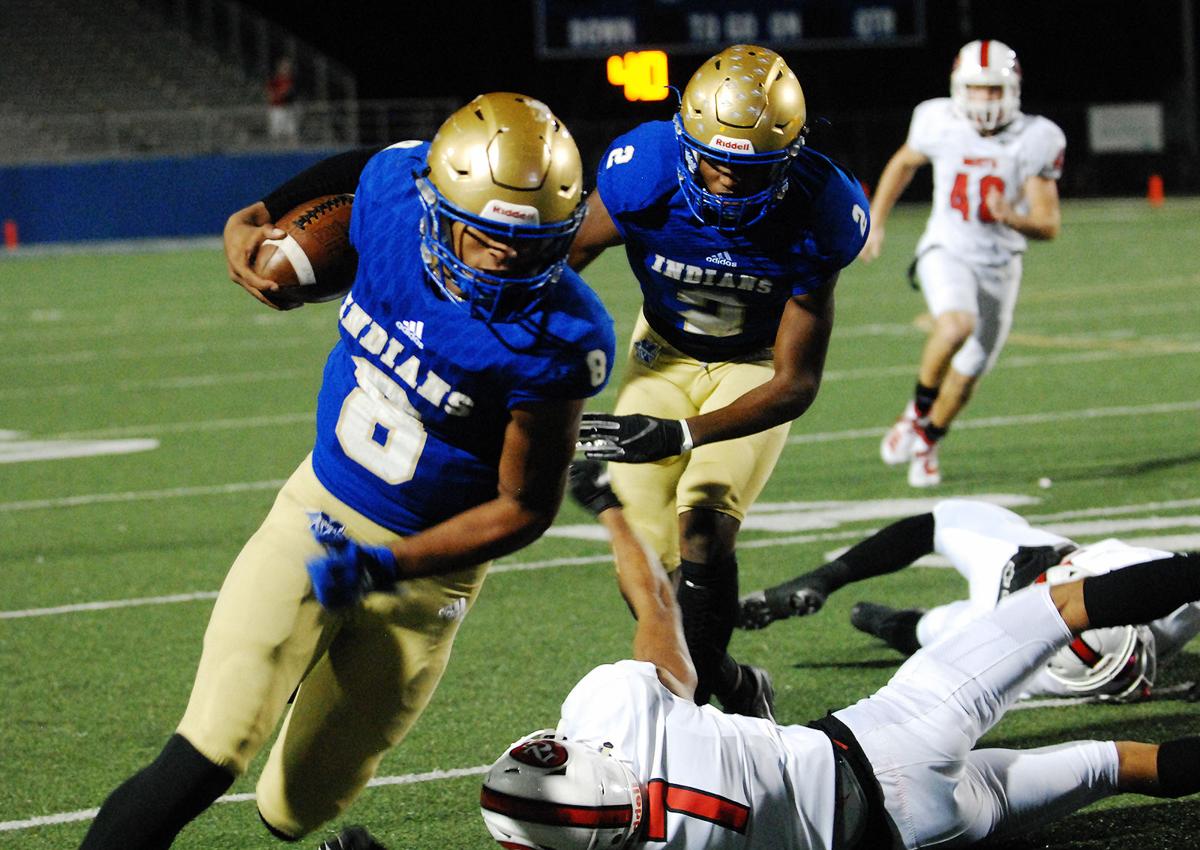 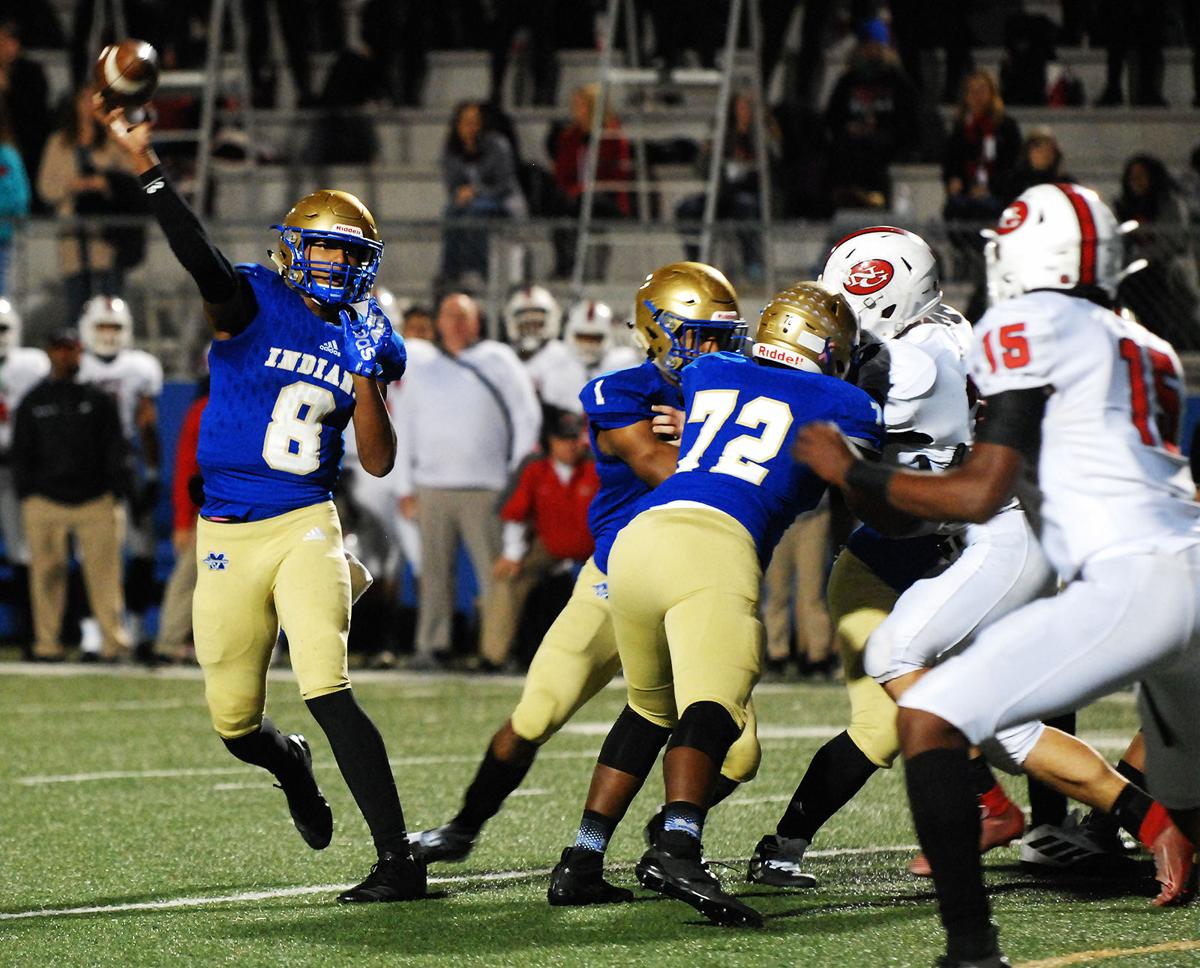 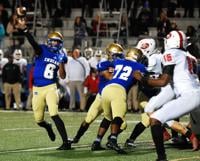 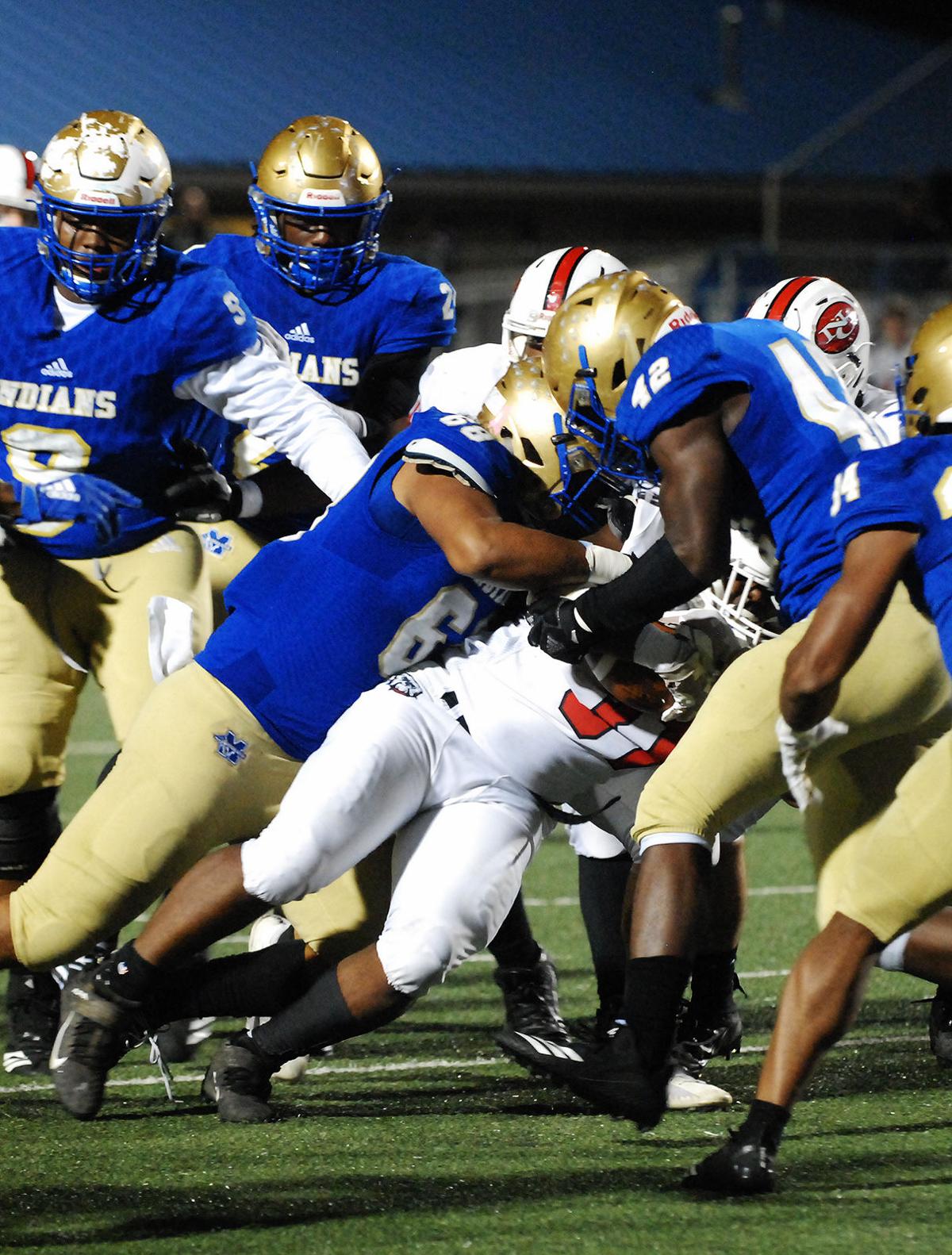 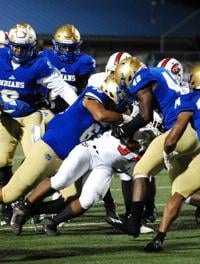 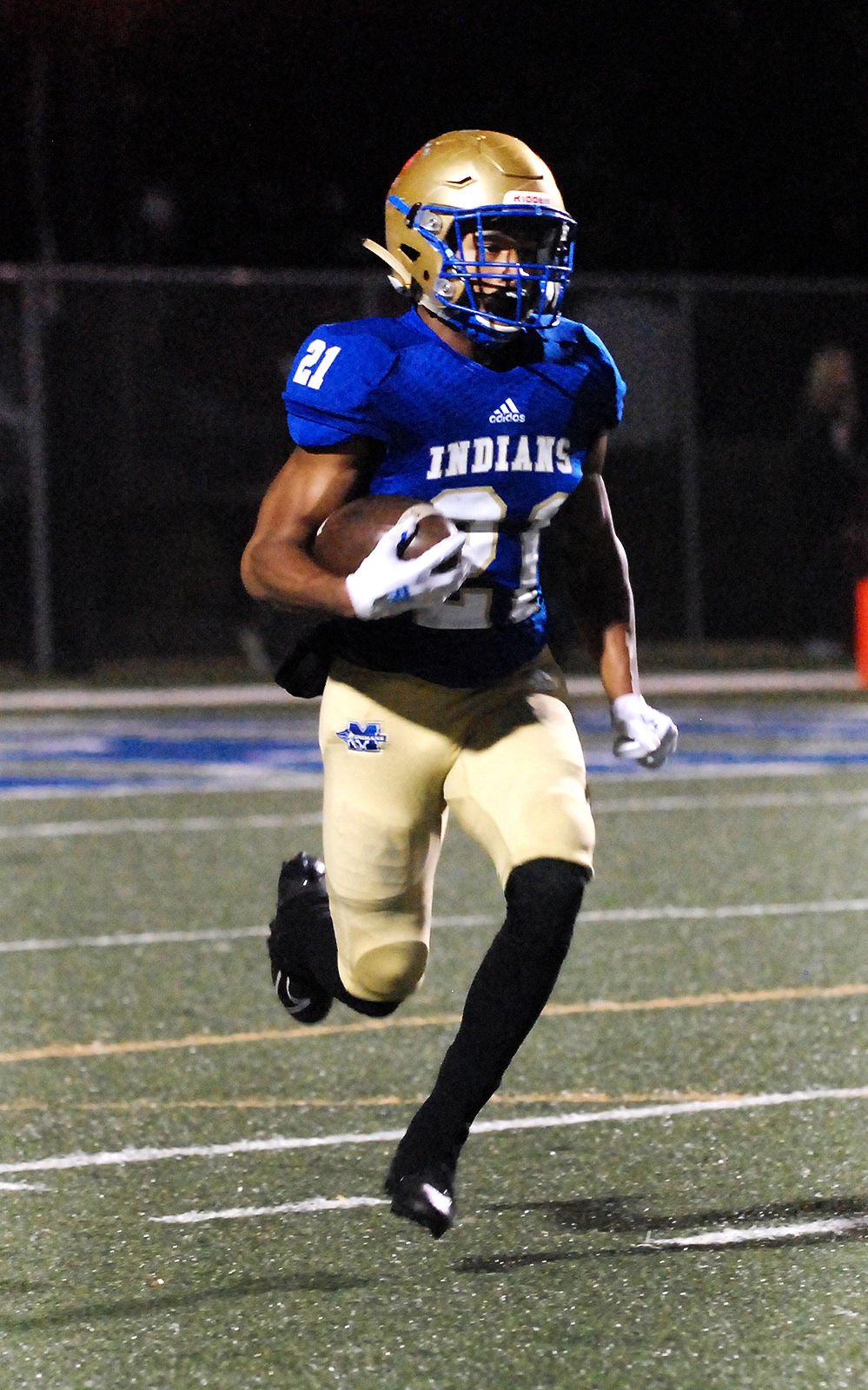 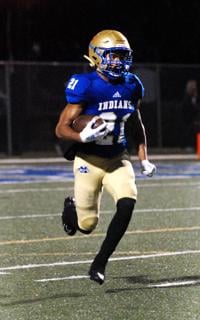 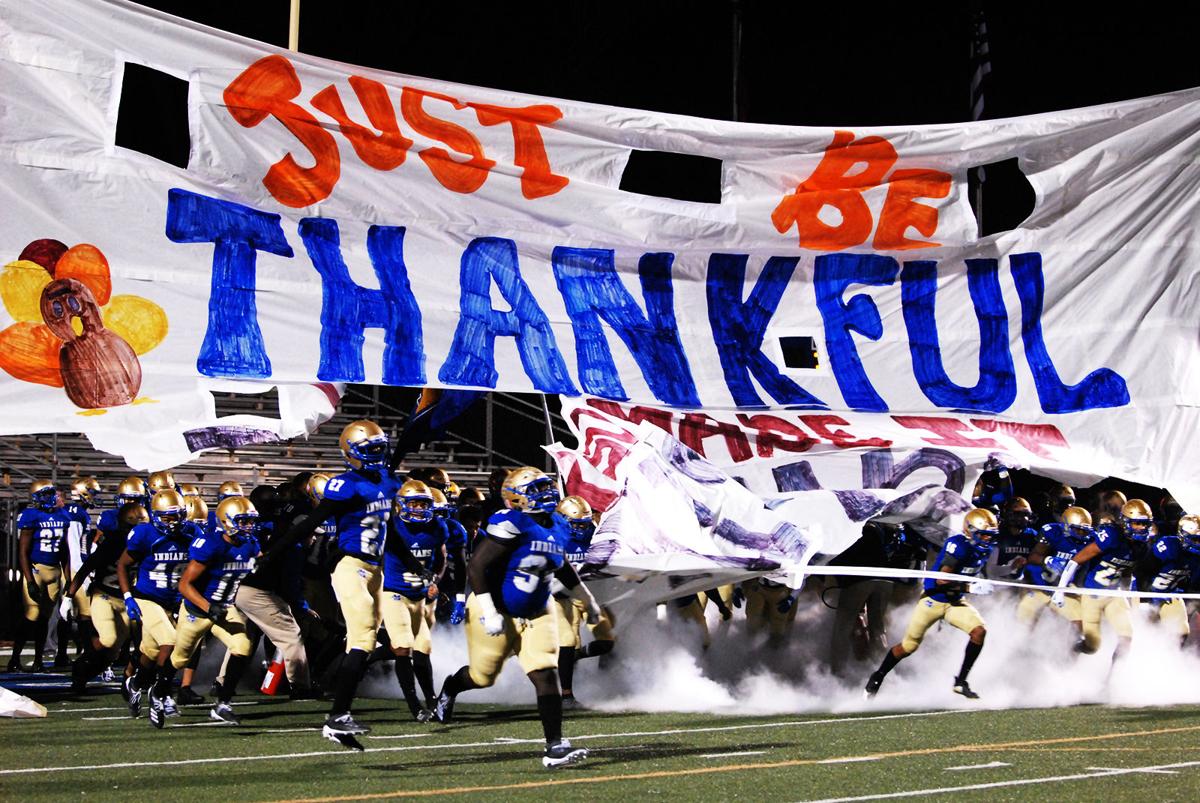 POWDER SPRINGS -- North Gwinnett's defense proved to be as good as advertised, coming away with a 32-13 victory over McEachern in the quarterfinals of the Class AAAAAAA state playoffs Friday at Walter Cantrell Stadium.

The Indians (12-1) entered the game averaging more than 30 points per game.

"North Gwinnett is a good defensive team," McEachern coach Franklin Stephens said. "They played hard and played their butts off. We challenged our guys to execute, but it wasn't enough against that defense.

"We tell the guys there's a certain way to do things, and when you don't do that, you get beat, and we got beat (Friday)."

North Gwinnett's offense was also a catalyst Friday as Devin Crosby rushed 31 times for 178 yards and three touchdowns, while J.R. Martin completed 10 of 18 passes for 202 yards and a touchdown and added seven carries 51 yards.

McEachern fell behind 14-0 at halftime and 22-0 early in the third quarter following Martin's 35-yard touchdown pass to Downs.

Jordon Simmons finally got the Indians on the board with a 75-yard run seconds later, and they added to their momentum after recovering a fumble in the end zone with 6:45 remaining in the period.

North Gwinnett's defense held strong, however, as the Indians gained only 2 yards on the possession and elected to punt.

The Bulldogs (12-1) answered behind a seven-play drive that culminated in a 46-yard field goal from Andrew Lim and a 25-7 lead entering the fourth quarter.

"We survived some games this year and North Gwinnett was able to expose that," Stephens said. "We have to change some things to become the championship program that I know we can be."

Carlos Del Rio-Wilson, who had 19 carries for 60 and was 10-for-22 for 98 yards, directed an 11-play, 71-yard scoring drive to make the score 25-13. Del Rio-Wilson connected with Javon Baker for a 6-yard touchdown catch, but the Indians failed on the 2-point conversion attempt and trailed by 12.

One possession later, Martin's 40-yard completion to Hart helped set up Crosby for a 2-yard touchdown and the 32-13 margin with 2:51 left in the game.

Simmons finished with two carries for 77 yards to pace McEachern on the ground. Baker had two catches 19 yards and a score, while Decari Collins had three receptions for 44 yards. Caleb Brown caught five passes for 36 yards.

McEachern's offense failed to get anything going en route to a 14-0 halftime deficit. The Indians punted three times and converted five first downs, while only mustering 101 yards.

After a strong kickoff return put the Indians on the Bulldogs' 48, three consecutive runs from Del Rio-Wilson put the ball inside the 10. McEachern failed to advance the ball from there and Denzell Moore was unable to connect on a 26-yard field goal try as the Indians only got as close as the North Gwinnett 45 the rest of the half.

North Gwinnett scored on two of its first two first-half possessions as Crosby rushed in from 8 and 23 yards out for the 14-0 advantage. The Bulldogs attempted to add to their lead midway through the second quarter, but Lim's 46-yard field goal try fell short of the uprights, and neither squad had another scoring opportunity the rest of the way.

McEachern almost found itself inside the red zone late in the first half after Justin Akomah recovered a fumbled punt return at the Bulldogs' 20 with just over a minute remaining in the first quarter, but an inadvertent whistle negated the play, resulting in a re-kick.