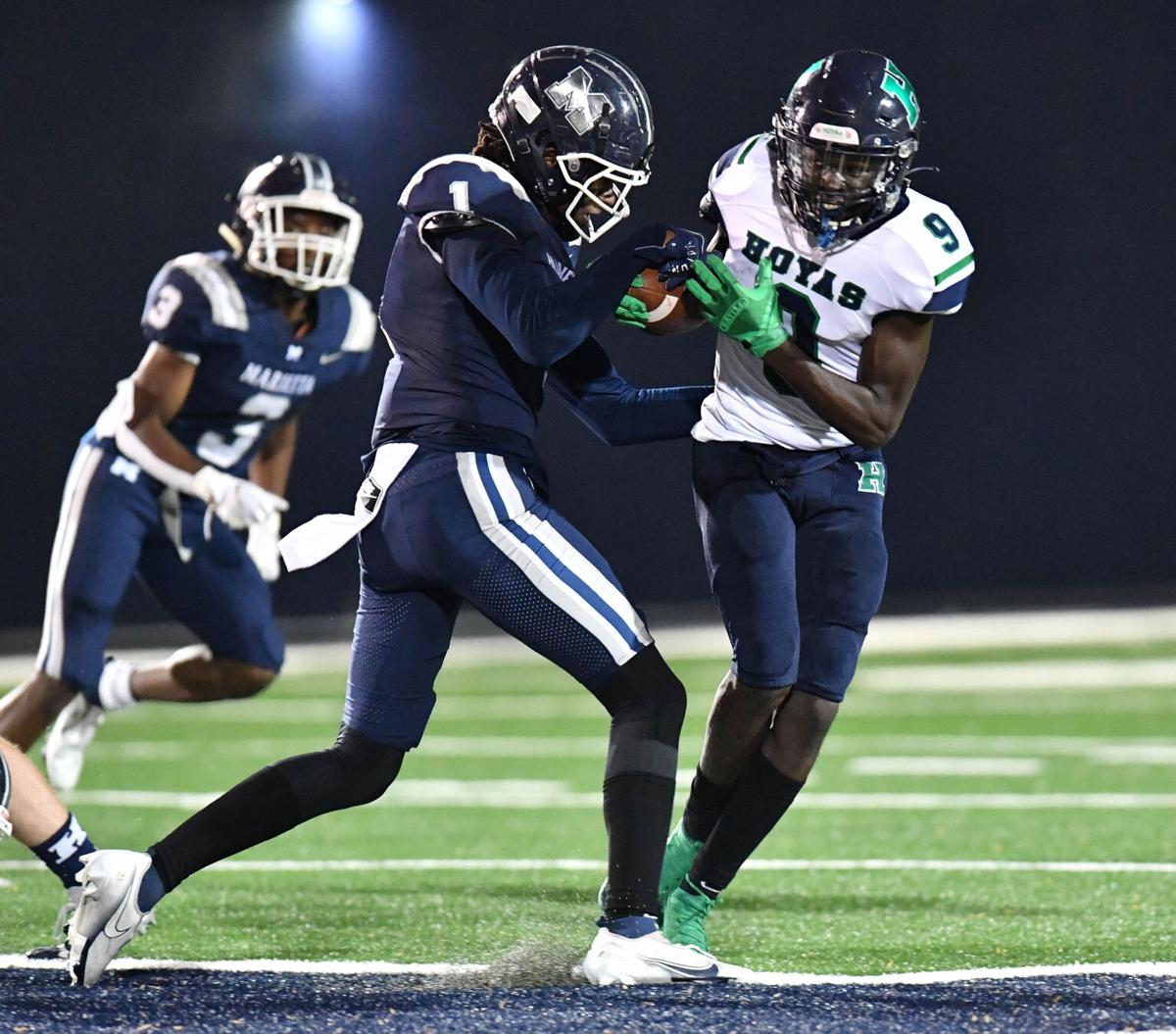 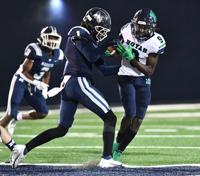 Marietta’s Daniel Martin, left, strips the ball from Harrison’s Jared Montour during a game this past season. 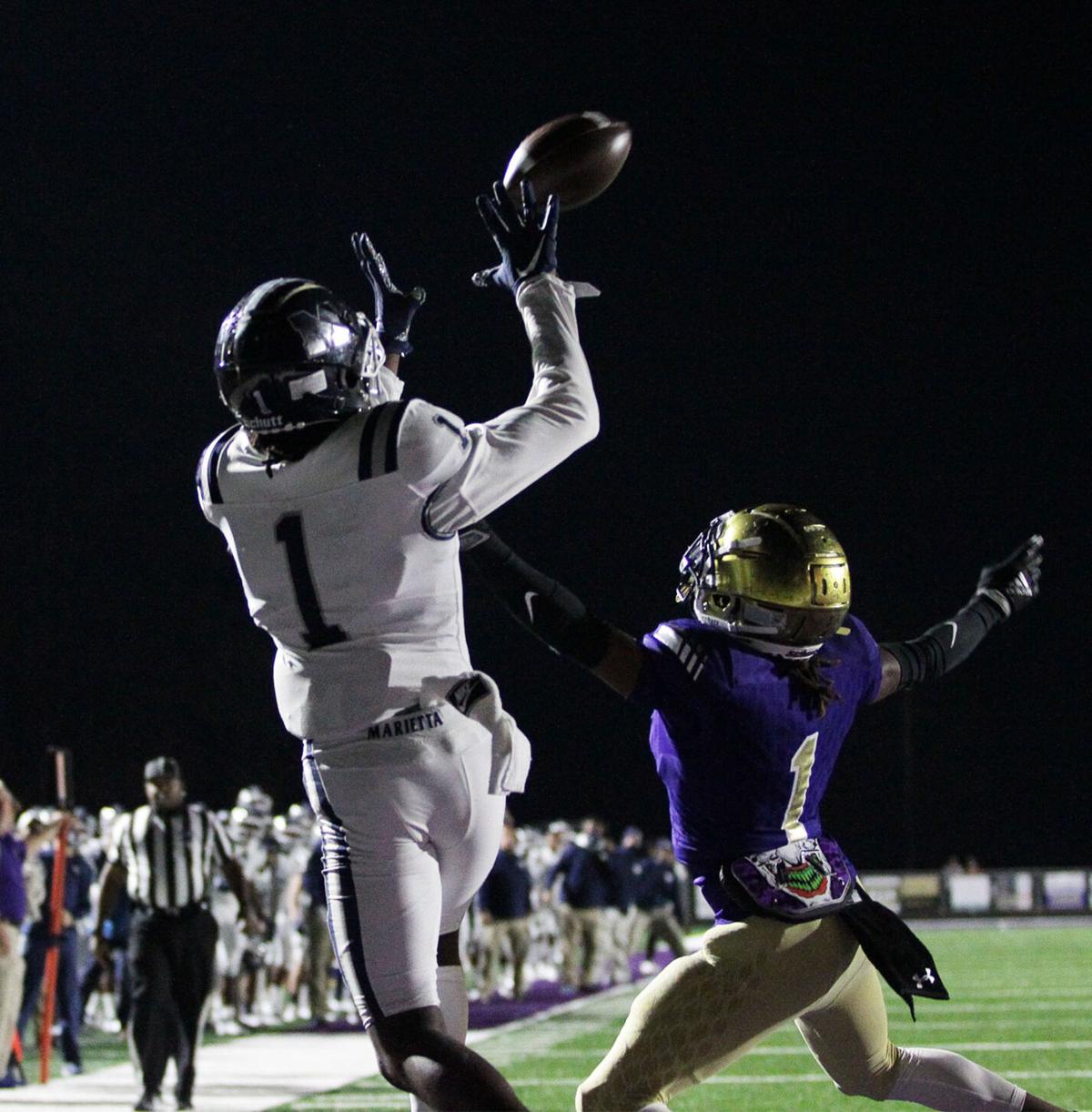 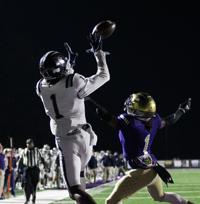 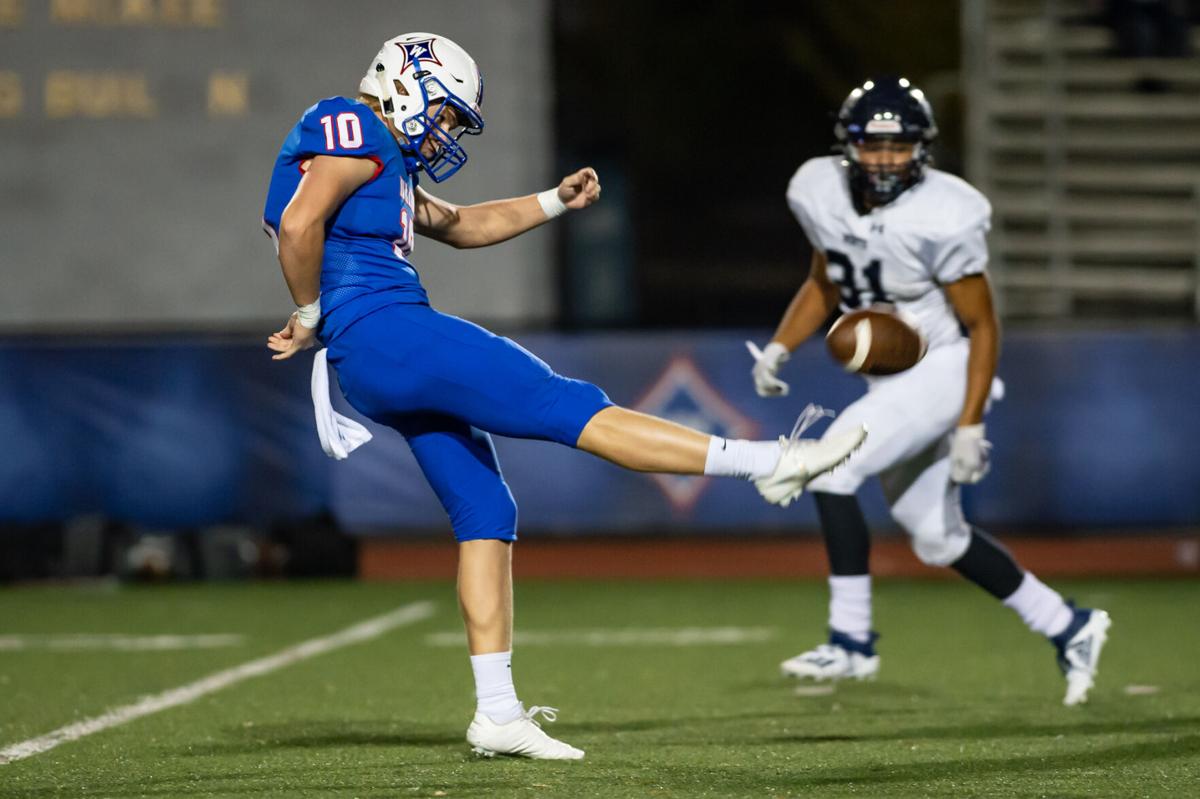 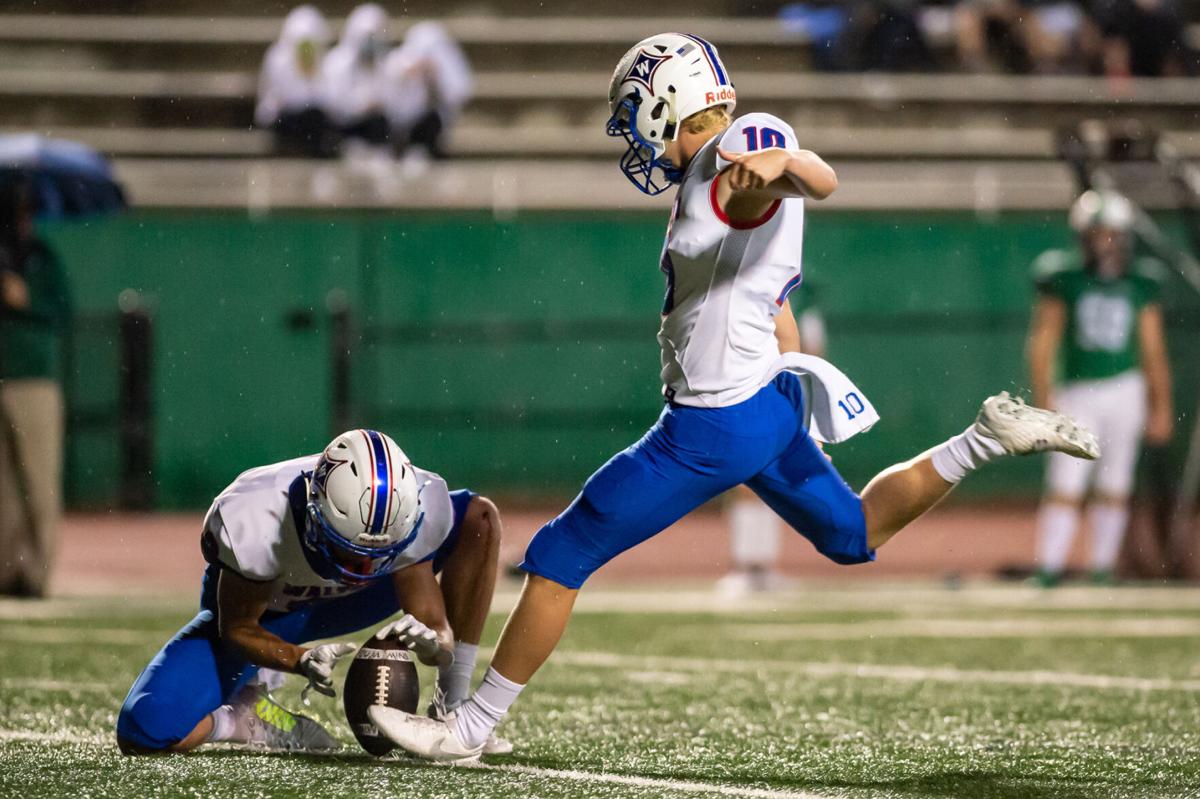 Walton's Conor Cummins (10) kicks an extra point against Roswell during their game Friday, Oct. 9, 2020 at Roswell High School in Roswell. (Photo: Will Fagan)

Marietta’s Daniel Martin, left, strips the ball from Harrison’s Jared Montour during a game this past season.

Walton's Conor Cummins (10) kicks an extra point against Roswell during their game Friday, Oct. 9, 2020 at Roswell High School in Roswell. (Photo: Will Fagan)

Two Cobb County players were honored by MaxPreps as part of its all-state team for Georgia.

Marietta’s Daniel Martin was selected to the first team as the all-purpose player, while Walton’s Conor Cummins earned the nod as the second-team kicker.

For Martin, he truly was all-purpose for the Blue Devils in 2020.

After making 71 tackles as a sophomore during the Blue Devils’ 2019 state championship run, he was expected to be the leader of the defense this season. While he did finish with 67 tackles and three sacks, Marietta coach Richard Morgan switched his role as midseason approached.

“He never really came off the field,” Morgan said. “We really wanted to save him for defense, but about the fourth or fifth game of the season, we realized we needed to get him the ball.”

Martin scored a touchdown against Parkview in his first game as a starting wide receiver, and Marietta had a much needed offensive weapon. He finished the season with 51 receptions for 896 yards and eight touchdowns, and was a first-team all-Region 3AAAAAAA selection at receiver.

Cummins, meanwhile did not wait until midseason to take off. He began making field goals early, and he did not finish until making two long kicks against Colquitt County in the playoffs.

Cummins finished 11-of-16 on field goals and 30-of-33 on extra points. His 60 total points led all kickers in Cobb County and earned him a spot on the all-Region 3AAAAAAA first team.

“He’s one of the best I’ve ever seen,” Walton coach Daniel Brunner said. “The sky is the limit for him.”

Brunner said Cummins has earned the praise, and he compares favorably to a pair of current professional punters who Brunner coached while he was an assistant at Roswell — current Los Angeles Chargers punter Ty Long and three-time CFL All-Star punter Richie Leone, who is on the Arizona Cardinals’ practice squad.