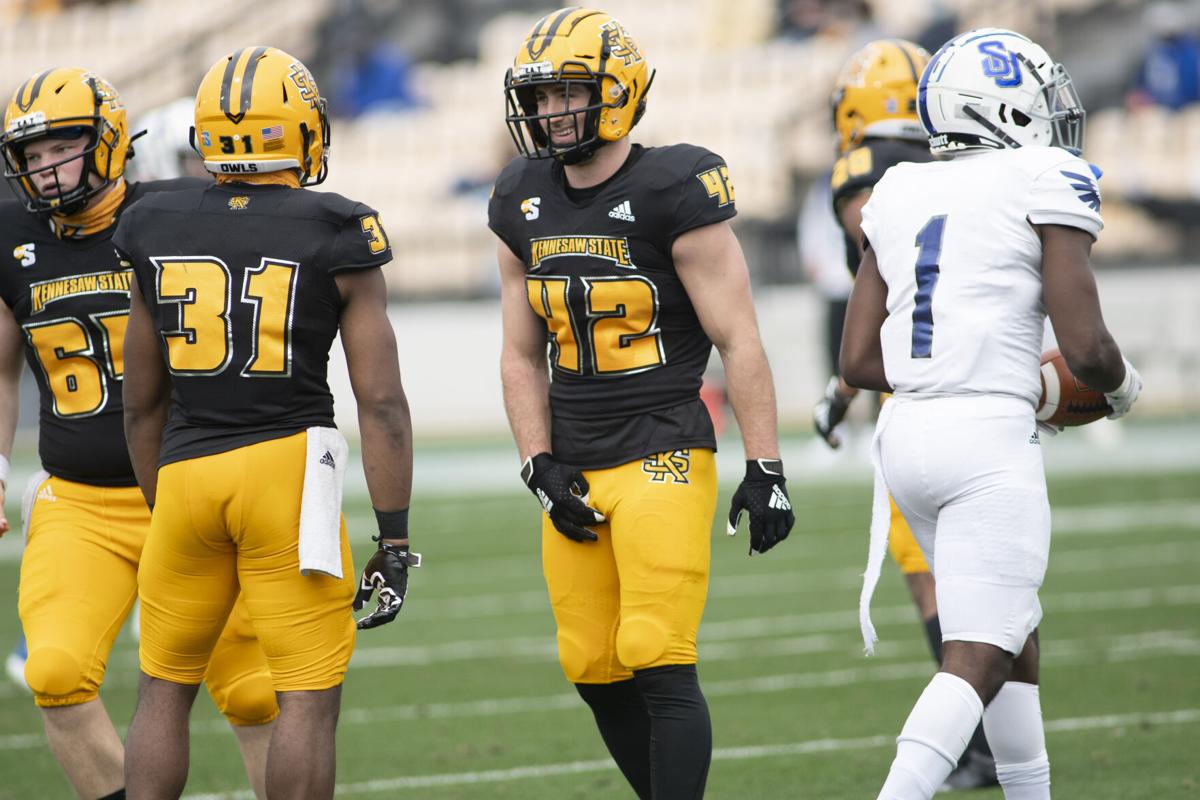 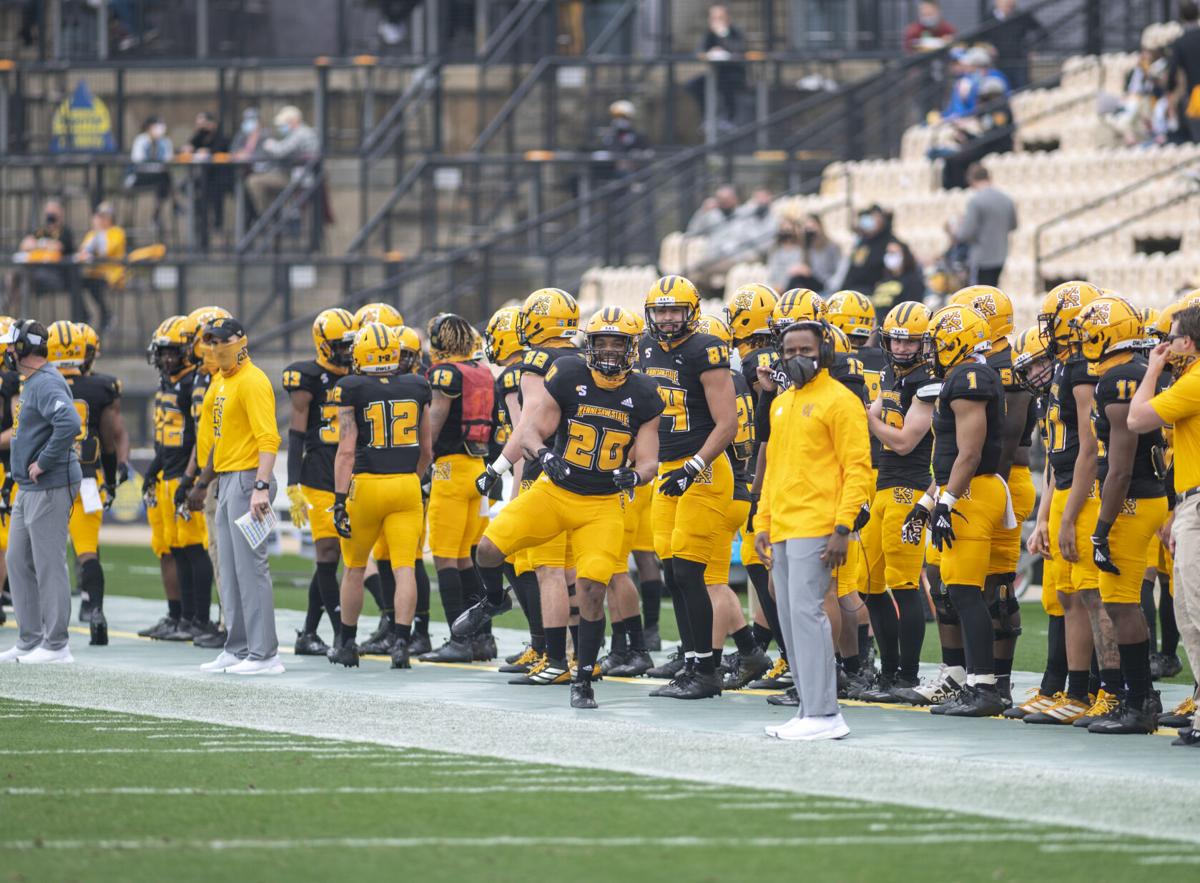 Kennesaw State had some clear room for improvement after its season-opening win over Shorter, which coach Brian Bohannon said the team worked on with its bye week. Below: Kennesaw State linebacker Bryson Armstrong (42) talks with defensive back Adesola Abisoye after a stop. Defensive pressure was a section of the game that the Owls excelled with against Shorter.

Kennesaw State had some clear room for improvement after its season-opening win over Shorter, which coach Brian Bohannon said the team worked on with its bye week. Below: Kennesaw State linebacker Bryson Armstrong (42) talks with defensive back Adesola Abisoye after a stop. Defensive pressure was a section of the game that the Owls excelled with against Shorter.

Urgency has been the word of the day for the Kennesaw State football team.

The Owls used last week’s bye to hit the practice field and fix the issues that plagued them in their 35-3 victory over Division II Shorter in the Feb. 27 season opener.

For coach Brian Bohannon, the game was necessary to get the players’ attention.

“The urgency has to change,” Bohannon said Tuesday during his weekly news conference. “After 60-some-odd practices, sometimes the message goes in one ear and out the other. This football team needed (to play a game), and we’ve attacked (the issues).”

In finding the urgency, Bohannon stressed that players are competing for their jobs during each practice, and it has led to a new starter on the offensive line.

Junior right tackle Sean Brown moved ahead of the Week 1 starter Zion Katina on the latest depth chart. The move was an effort to not only reward the 6-foot-2, 265-pound Brown for his work, but to help motivate Katina, a 6-foot-2, 285-pound sophomore, and other players.

Brown is no stranger to the starting lineup. The Macon native started five games at right tackle in 2019, and he filled in for Jake Lassiter at left tackle against Shorter.

Bohannon said the last week-plus of practices have been good as the team turns its attention to its Big South Conference opener against Charleston Southern on Saturday at Fifth Third Bank Stadium.

Kickoff is scheduled for 1 p.m.

While there were many areas that needed to be addressed, Bohannon said there were a few positives, mostly on the defensive side of the ball.

“Defensively, we settled down,” he said. “We moved forward and we were able to create some negative plays.”

Overall, the Kennesaw State defense allowed only 160 total yards, and only 108 after Shorter went 52 yards for a field goal on its opening drive.

Another area Bohannon was pleased with was penalties. After not playing at game speed for nearly 450 days, the Owls were only penalized three times for 25 yards.

Hanging in the top 10

A week after dropping from No. 8 to No. 9, Kennesaw State stayed at No. 9 in this week’s STATS Perform FCS top 25 poll.

The only other Big South program ranked in the top 25 was No. 24 Monmouth, while Gardner-Webb received votes. Future ASUN Conference rival Jacksonville State was tied for 10th.