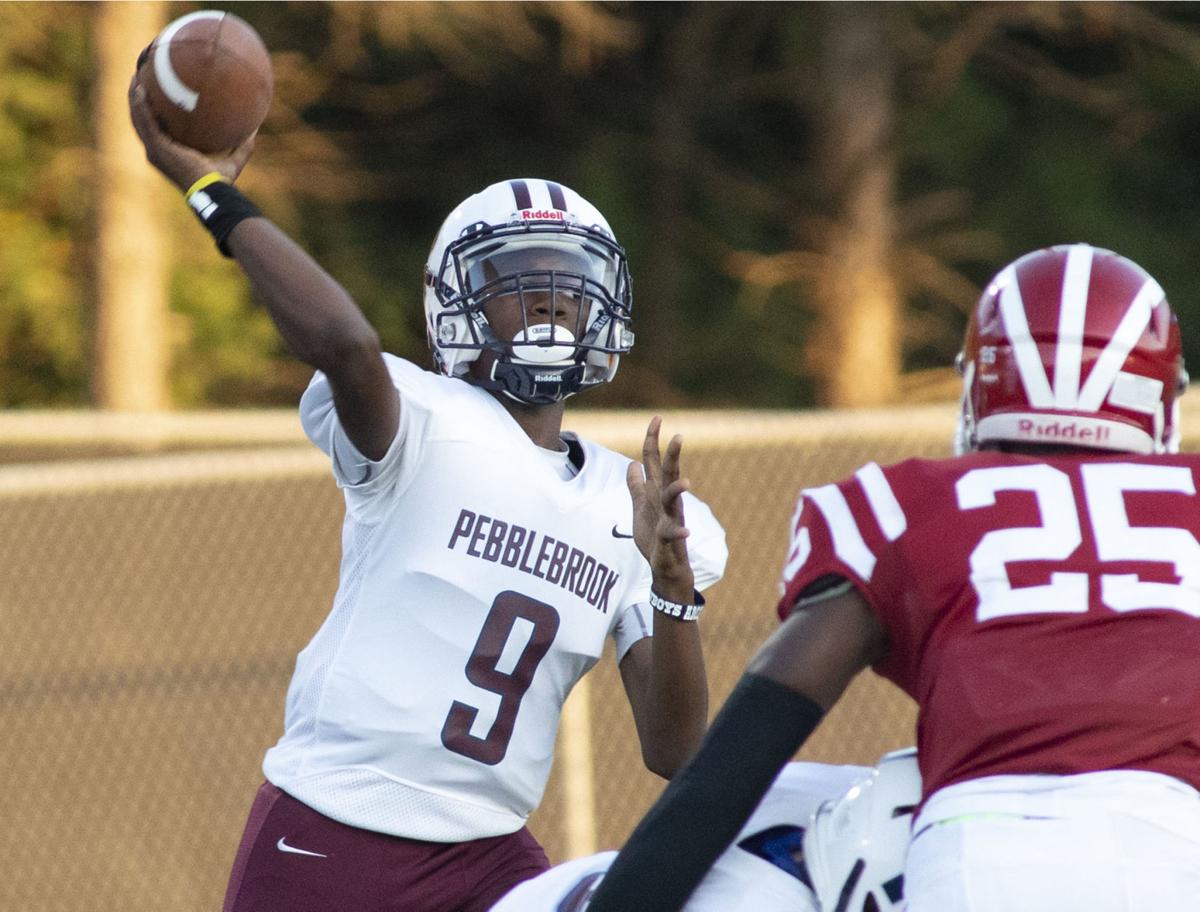 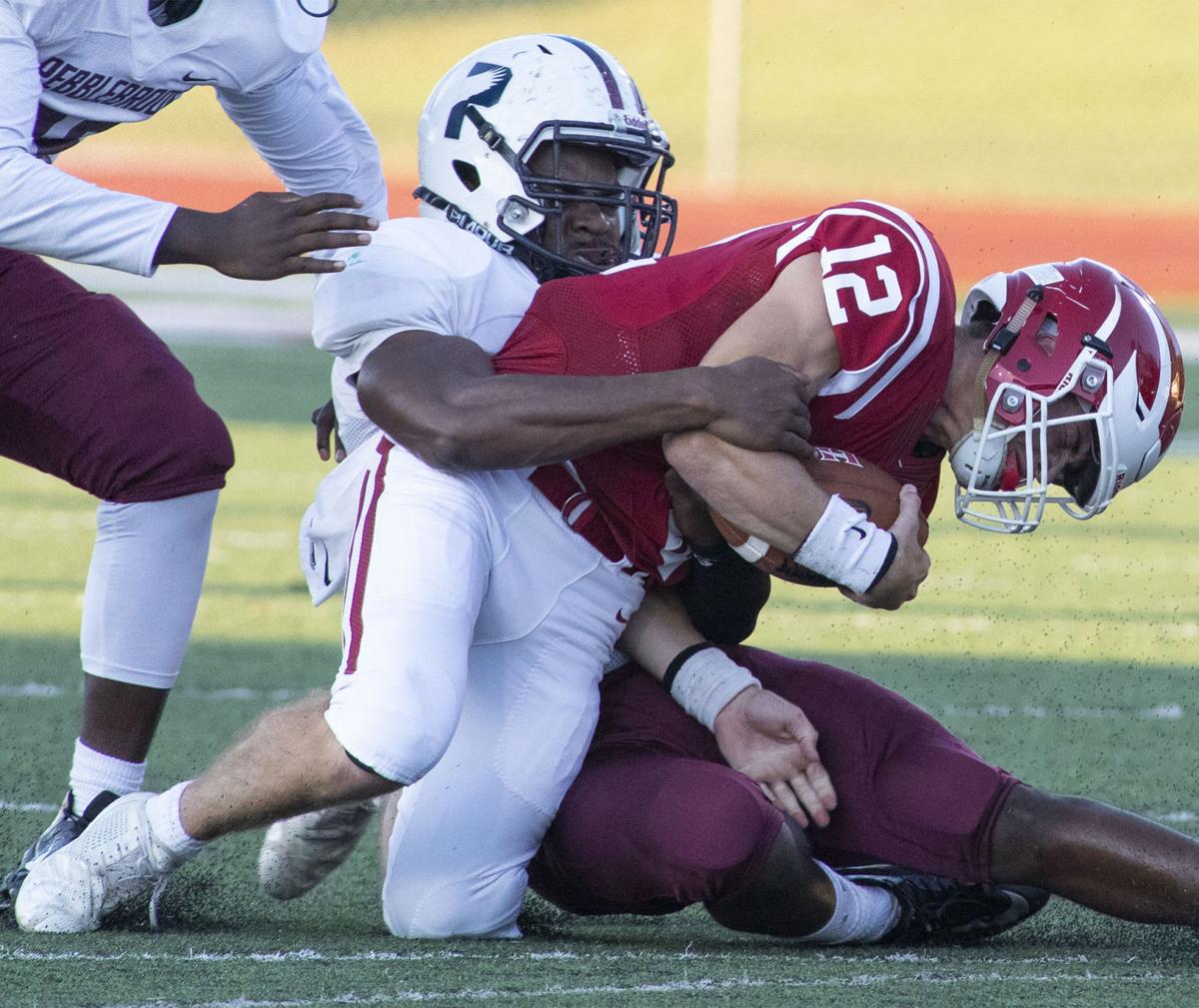 Pebblebrook's Quincey Miller drags Hillgrove's Matthew McCravy down for a sack in the first half during Friday night GHSA action. Special-Kelly J. Huff 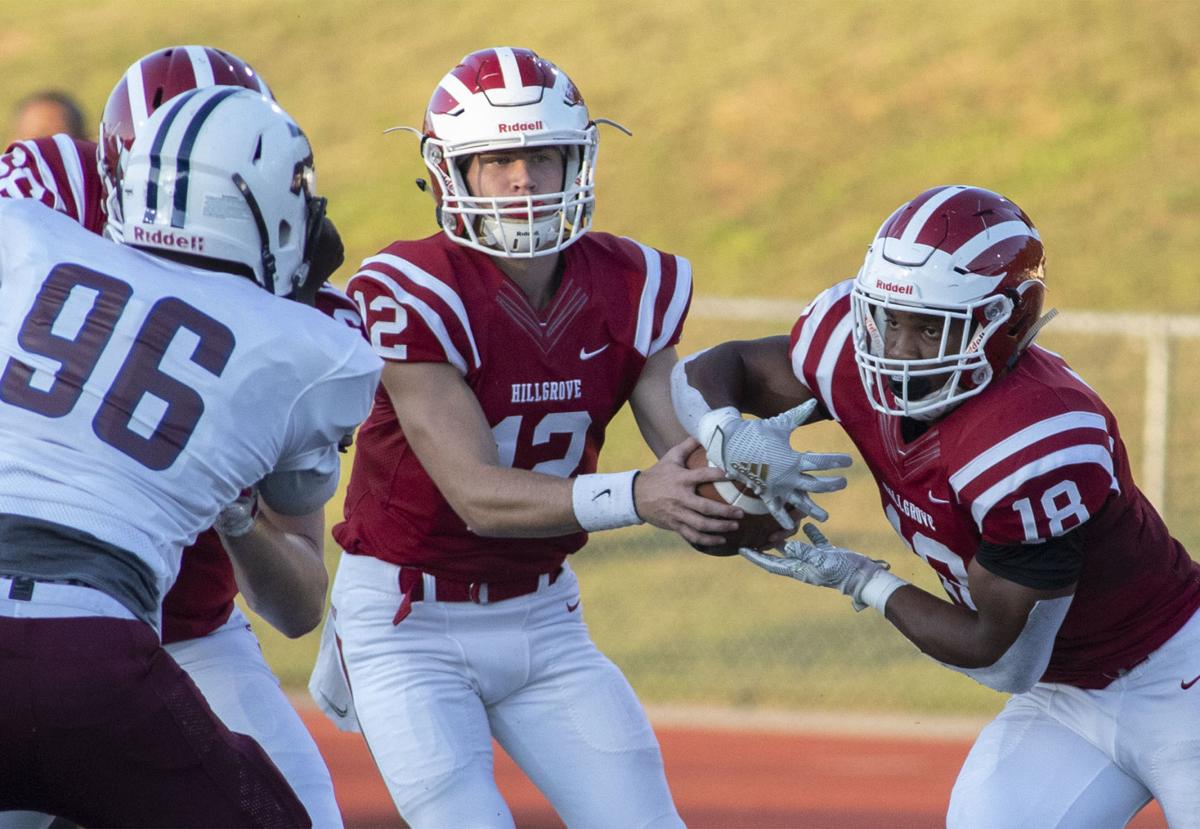 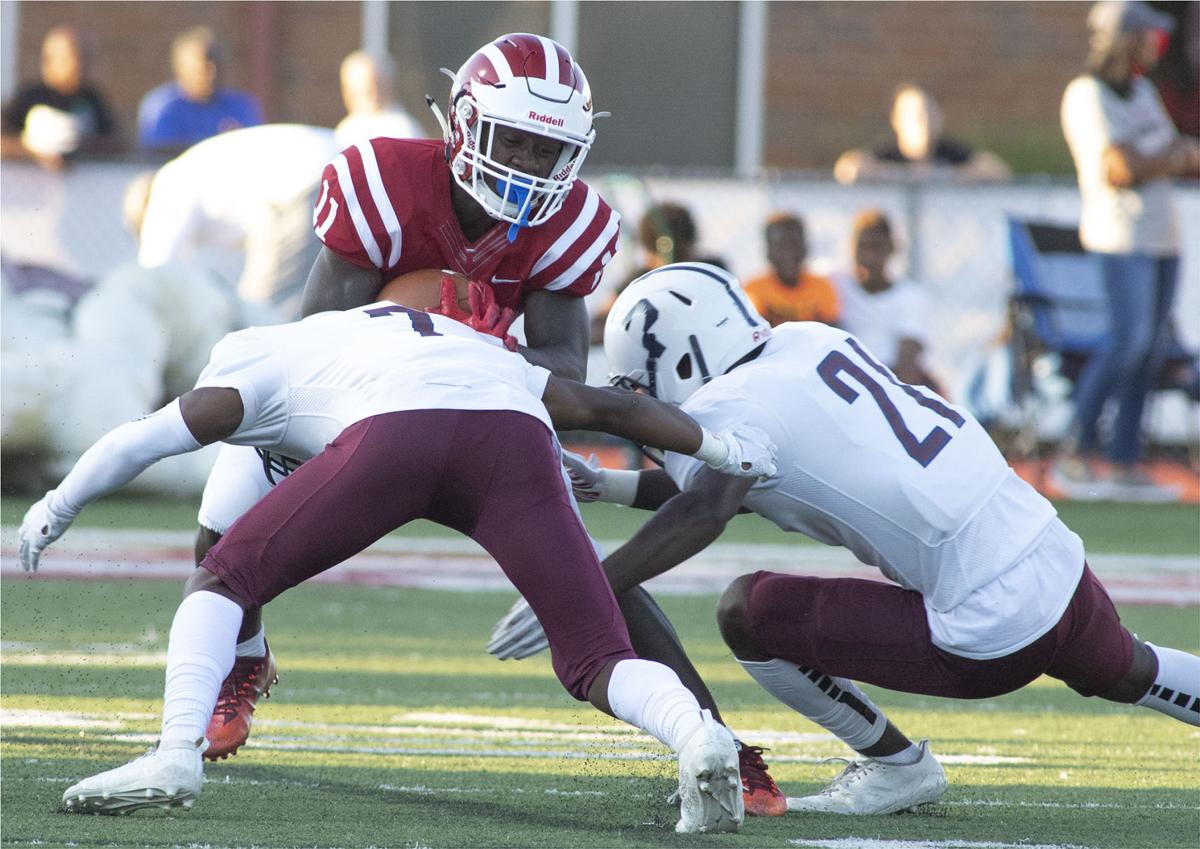 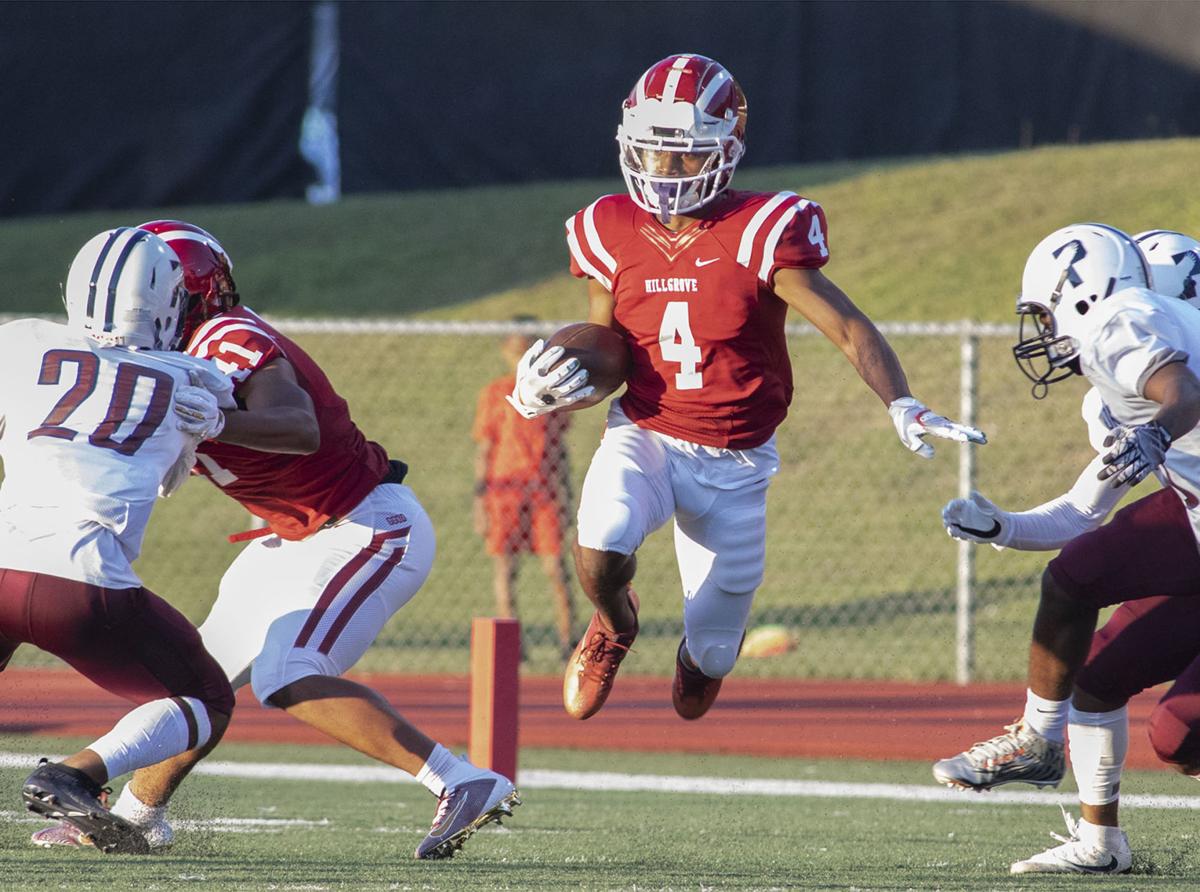 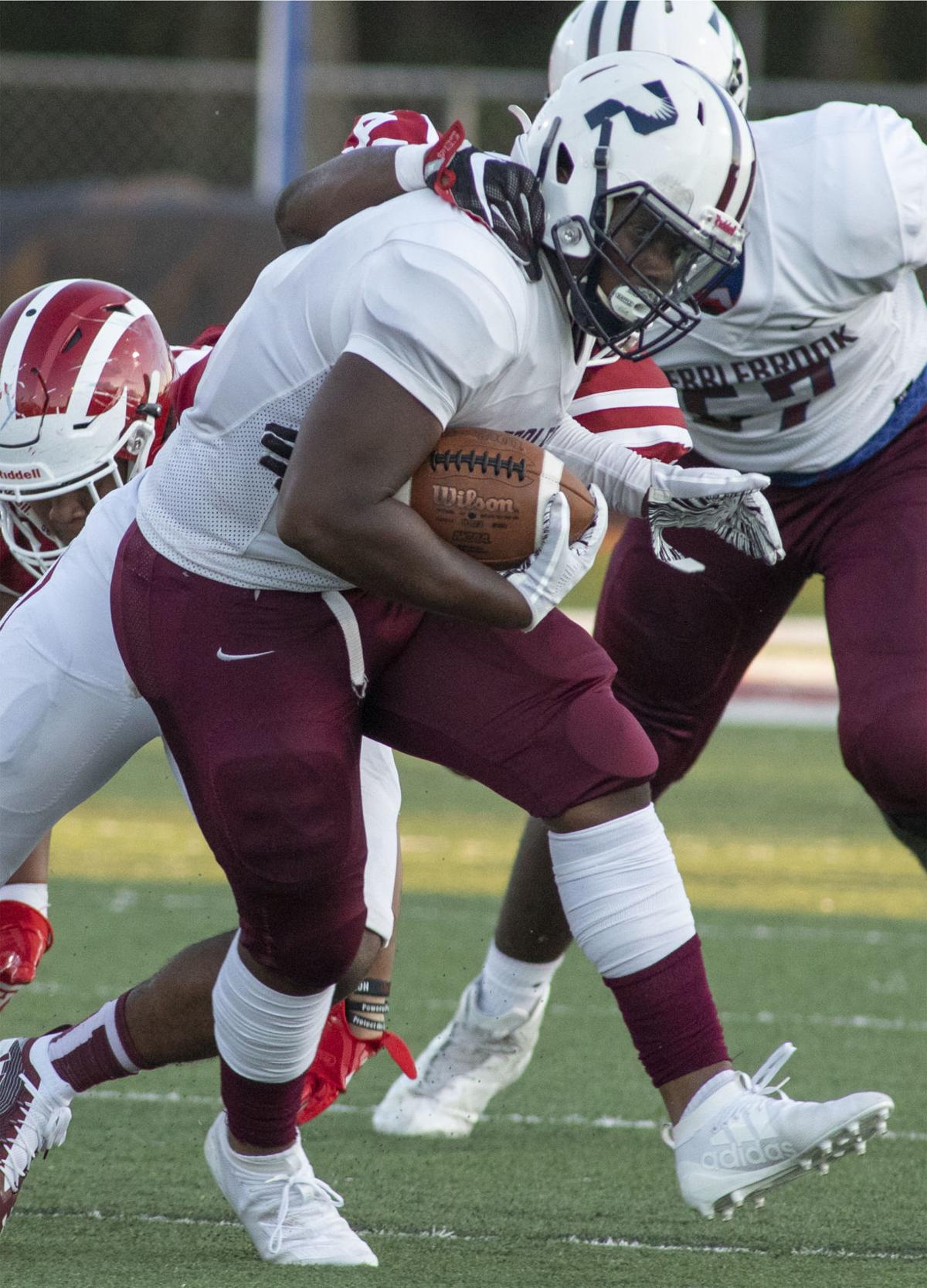 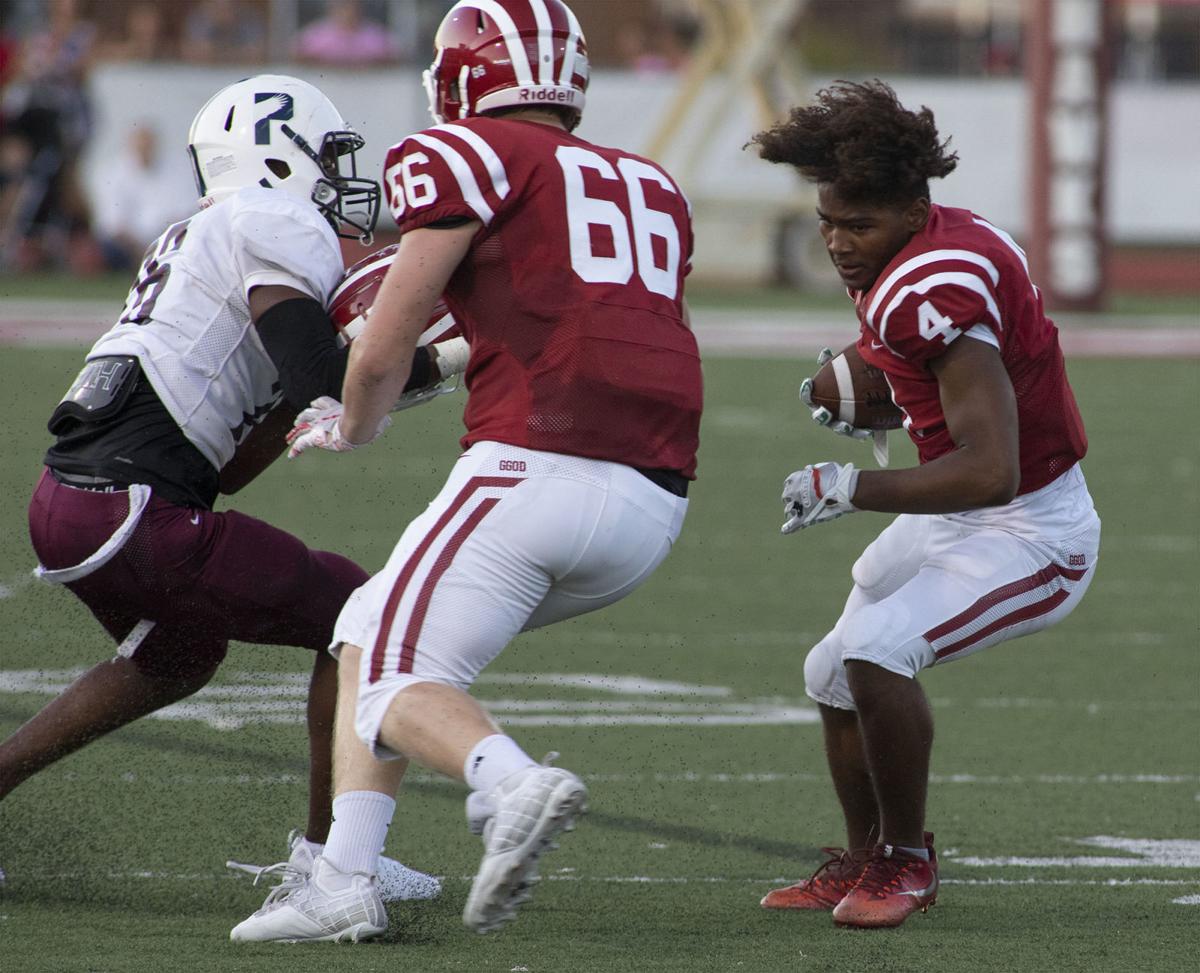 Hillgrove's Issaiah McCray has his helmet ripped off his head by Pebblebrook's David Scott but keeps running to pick up extra yardage during Friday night GHSA action. Special-Kelly J. Huff 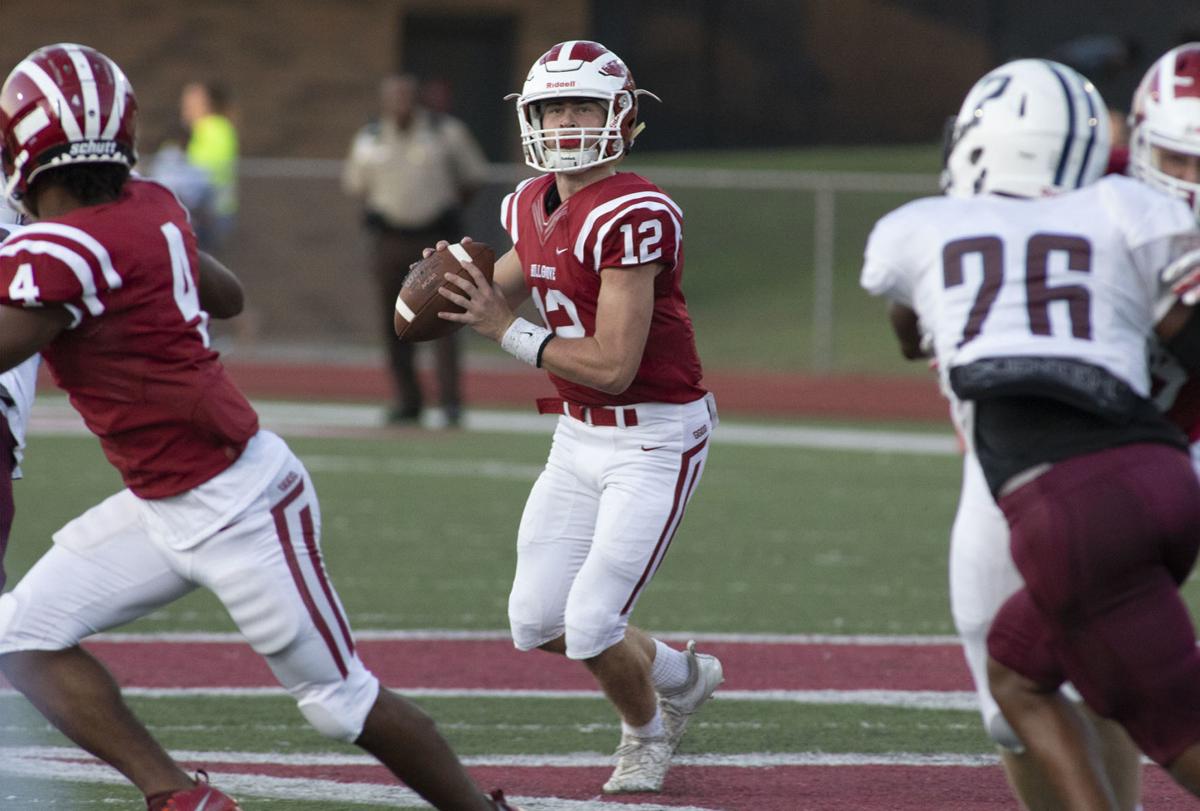 Hillgrove's Matthew McCravy rolls out of the pocket looking for an open receiver against Pebblebrook during Friday night GHSA action. Special-Kelly J. Huff 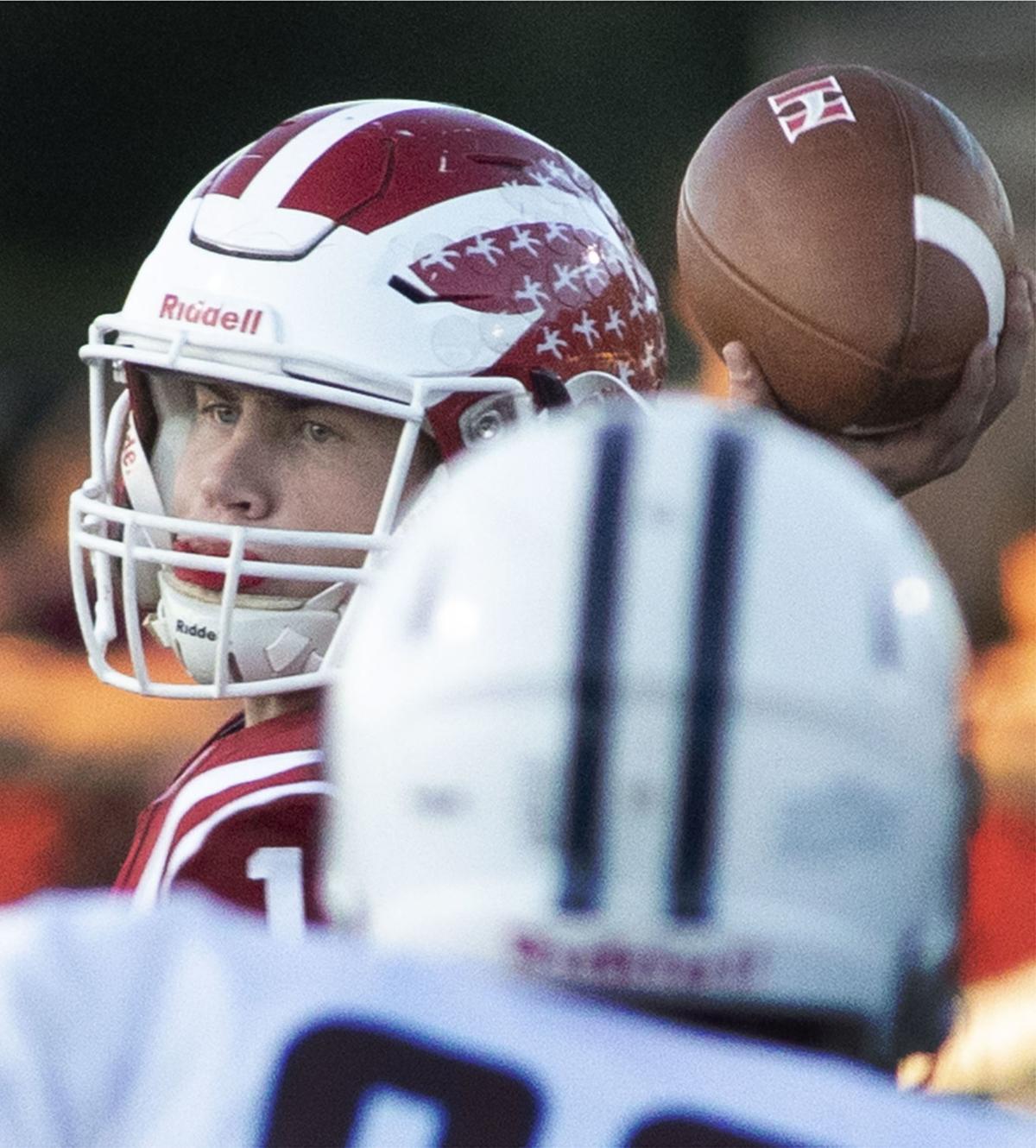 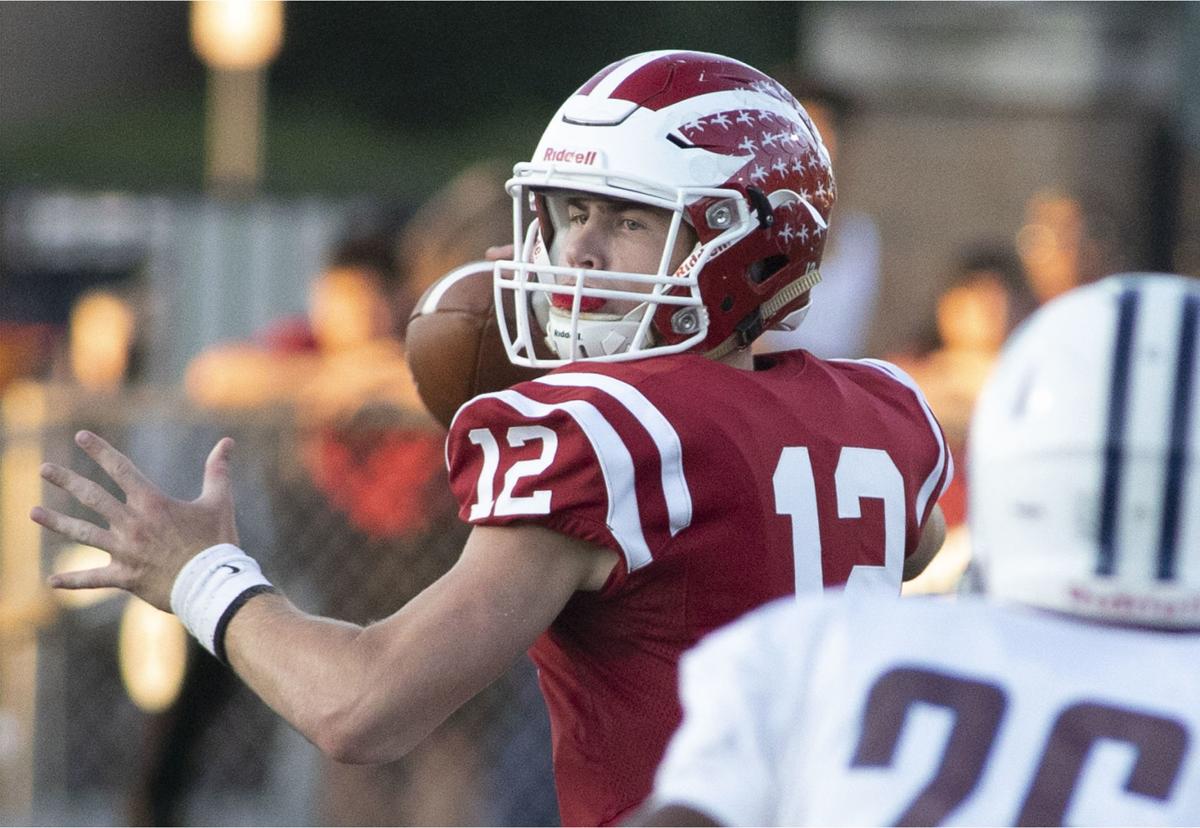 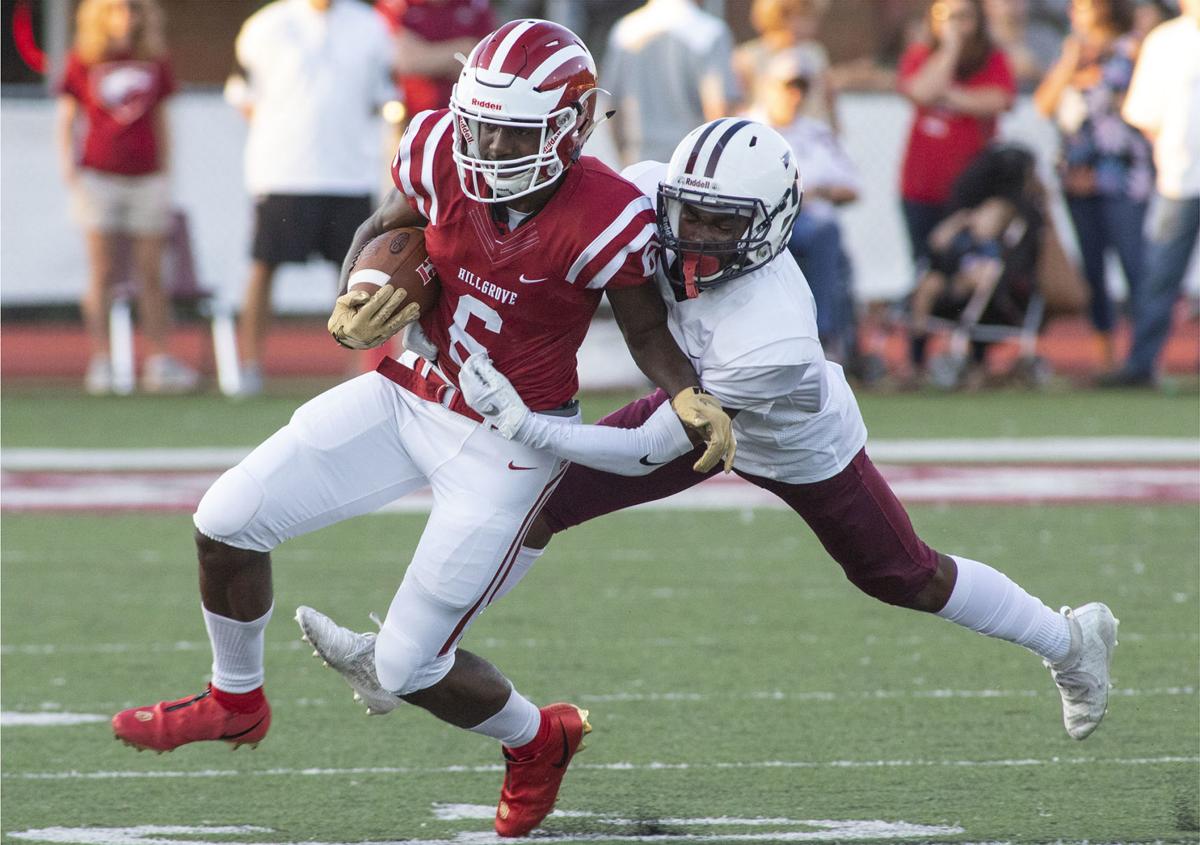 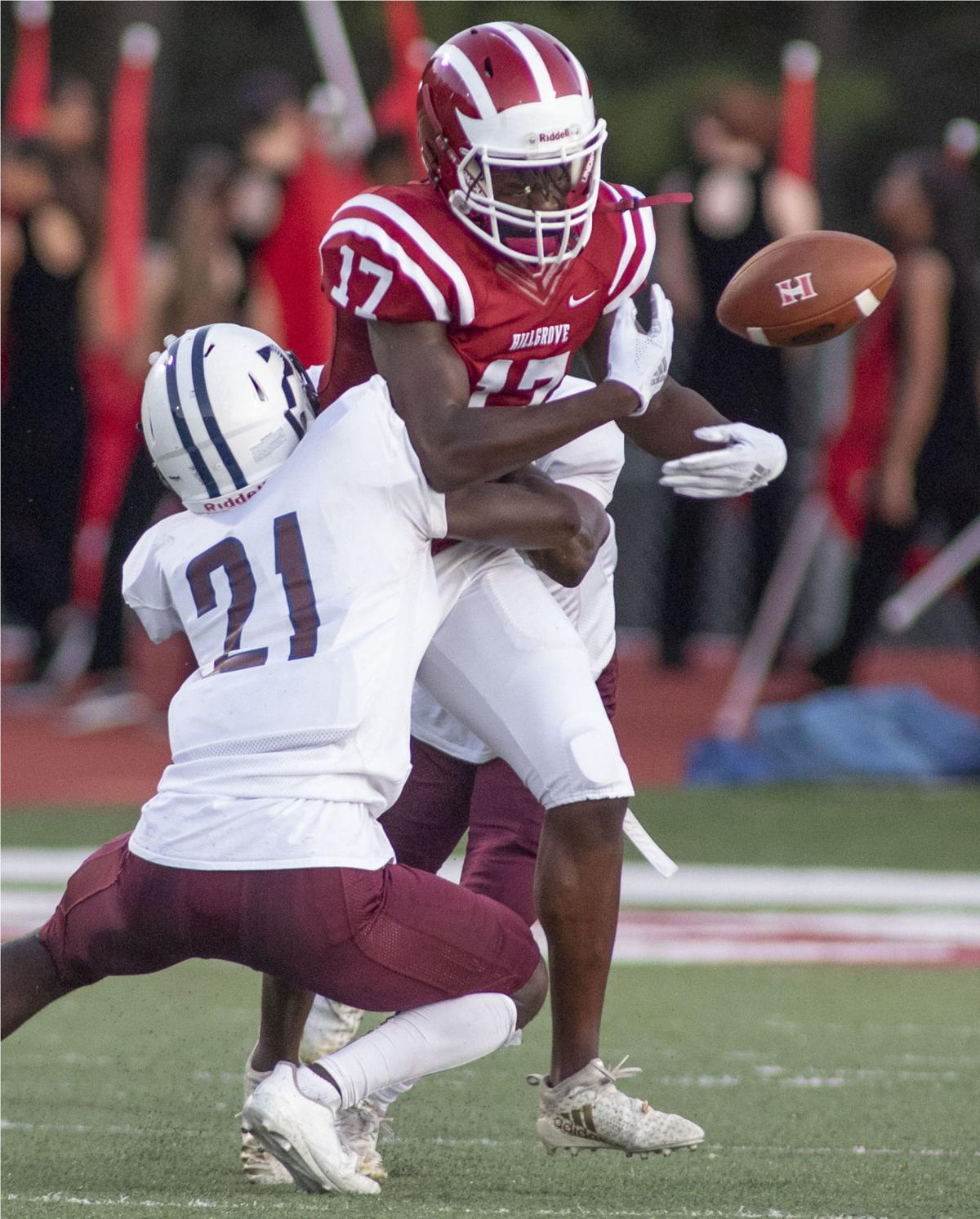 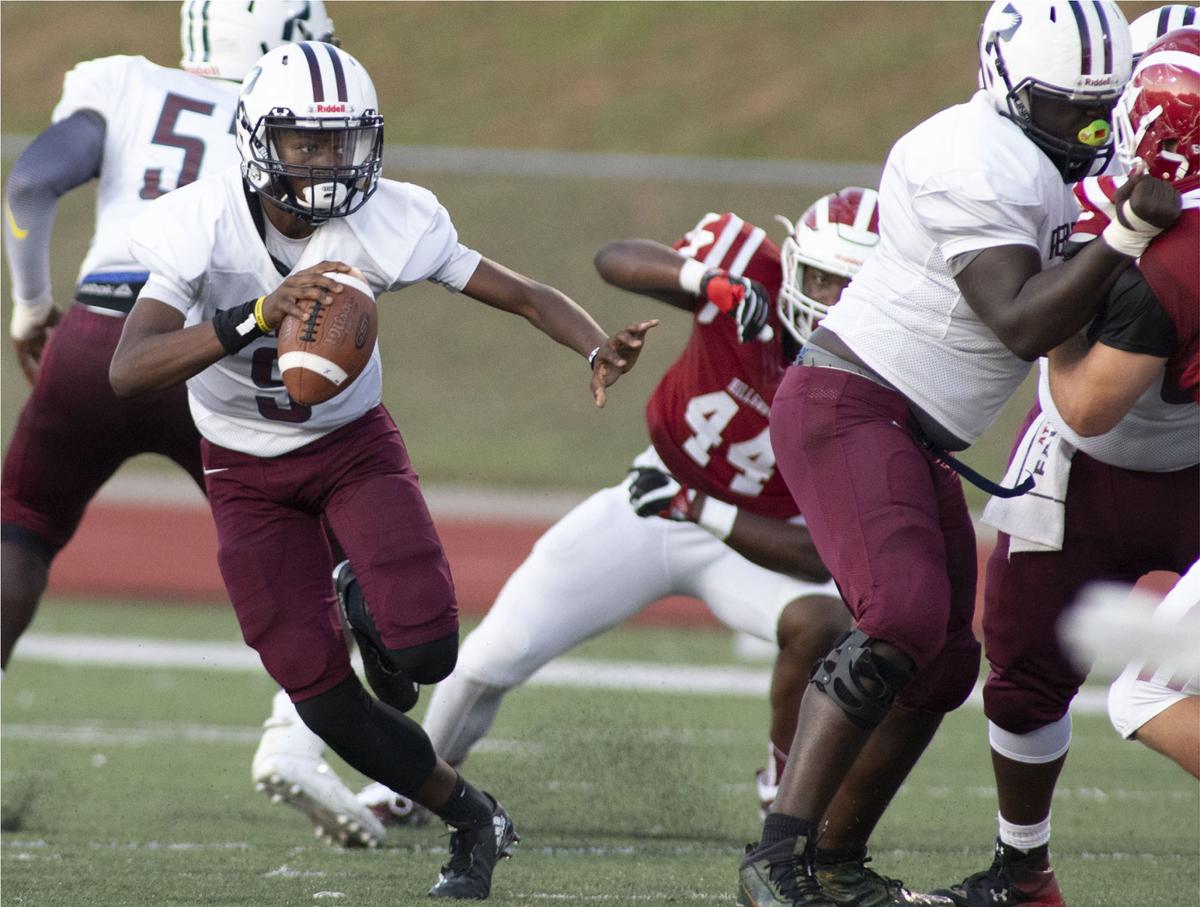 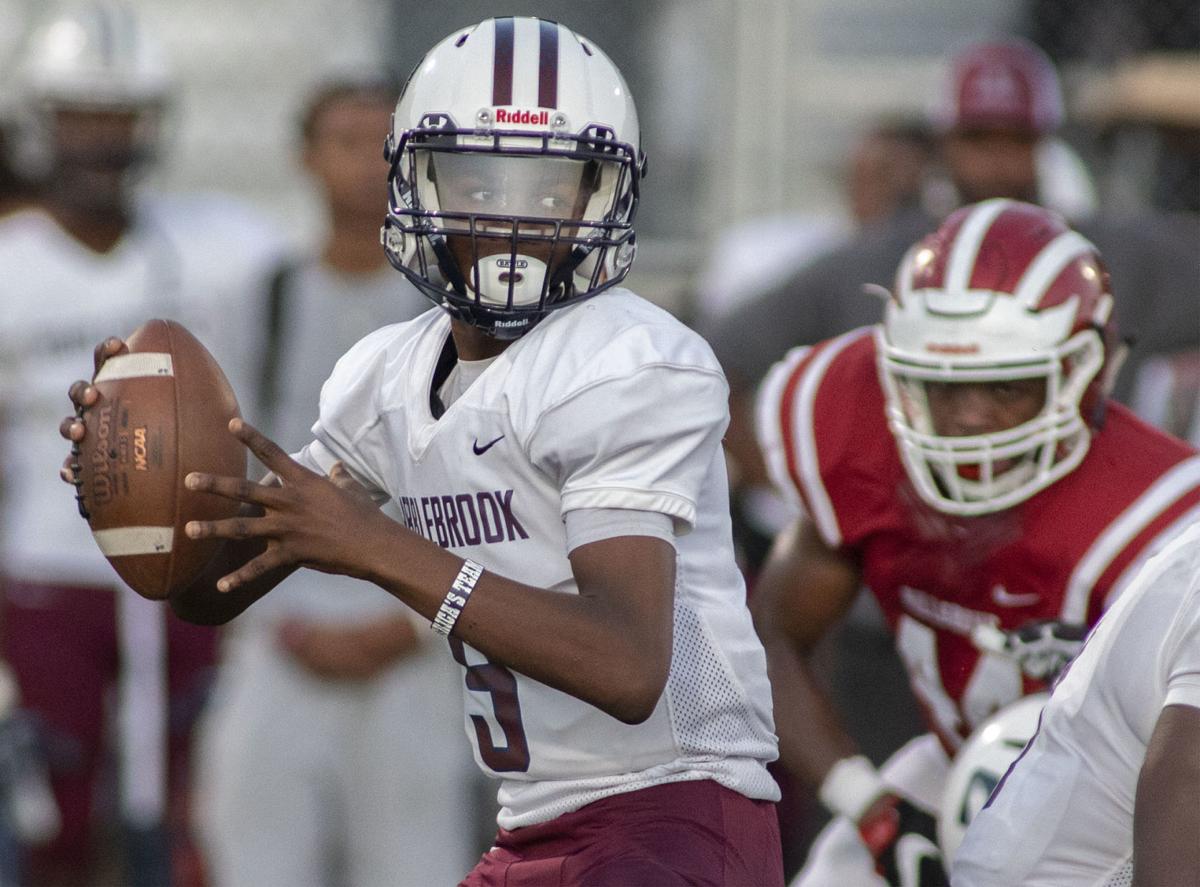 Pebblebrook's Quincey Miller drags Hillgrove's Matthew McCravy down for a sack in the first half during Friday night GHSA action. Special-Kelly J. Huff

Hillgrove's Issaiah McCray has his helmet ripped off his head by Pebblebrook's David Scott but keeps running to pick up extra yardage during Friday night GHSA action. Special-Kelly J. Huff

Hillgrove's Matthew McCravy rolls out of the pocket looking for an open receiver against Pebblebrook during Friday night GHSA action. Special-Kelly J. Huff

POWDER SPRINGS — Hillgrove made quick work of beating Pebblebrook for the third time in the last two seasons Friday in a 35-0 win.

While the fourth quarter was played with a running clock, the Hawks (2-0) actually needed until an untimed down at the end of the first quarter to get on the scoreboard.

“Pebblebrook is a program still trying to get used to a new coach,” Hillgrove coach Phil Ironside said. “They threw some stuff at us early that gave us some trouble. Our depth just eventually showed and wore them down. They’ll be good. They just need to get a little more time to get comfortable.”

A 24-yard screen pass from Matthew McCravy to Trevarus Walker put Hillgrove on the board for a 7-0 lead.

A 45-yard run from the Falcons’ (1-1) Jaquavious Jones put Pebblebrook in the red zone with a chance to tie the game. A fumble two plays later was picked up by Hillgrove’s Reuben Lowery and returned 70 yards for a score.

“We can’t make those mistakes,” Pebblebrook coach Leroy Hood said. “I think we saw that (Friday). You can play well for 90 plays, but if you make those mistakes in crucial moments, it can cost you the game. We put ourselves in a good position to get back in the game, but we make that mistake, and we never really got back in it.”

While the fumble return was the Hawks’ defense’s biggest play of the game, Hillgrove did not allow any other scoring chances.

They held the Falcons to just 126 yards of total offense, 60 of which came from Jones on the ground, and have allowed just six points in two games this season.

“Those kids can just play,” Ironside said. “We’re building depth on that side as we go. With all the starters we lost in the secondary and a couple really good players still out, we’re still growing, but I think we’re getting to where we want to be.”

Offensively, Hillgrove was at its best when moving up-tempo and allowing McCravy to spread the ball around.

He finished 18-of-25 passing for 296 yards and four touchdowns. Walker caught five passes for 70 yards. Issaiah McCray caught three passes for 101 yards and score. Jalen Royals hauled in four passes for 30 yards and a touchdown, and Tar-U-Way Bright got wide open for a 31-yard touchdown catch.

“We’re going to take it any way we can get it,” Ironside said. “I’m not one of those coaches who says we have to do things a certain way. As long as we’re getting those yards, I don’t care how they come. (Friday), it just happened we were able to do more throwing the ball.”

Jones was also Pebblebrook’s leading passer with 26 yards on 7-of-12 passing, while Sincere Street led the Falcons with three catches for 23 yards.

“I think we saw this team doesn’t quit,” Hood said. “In the past, I think they kind of let it snowball when things went bad. We’re trying to get away from that this year and build each other up.”