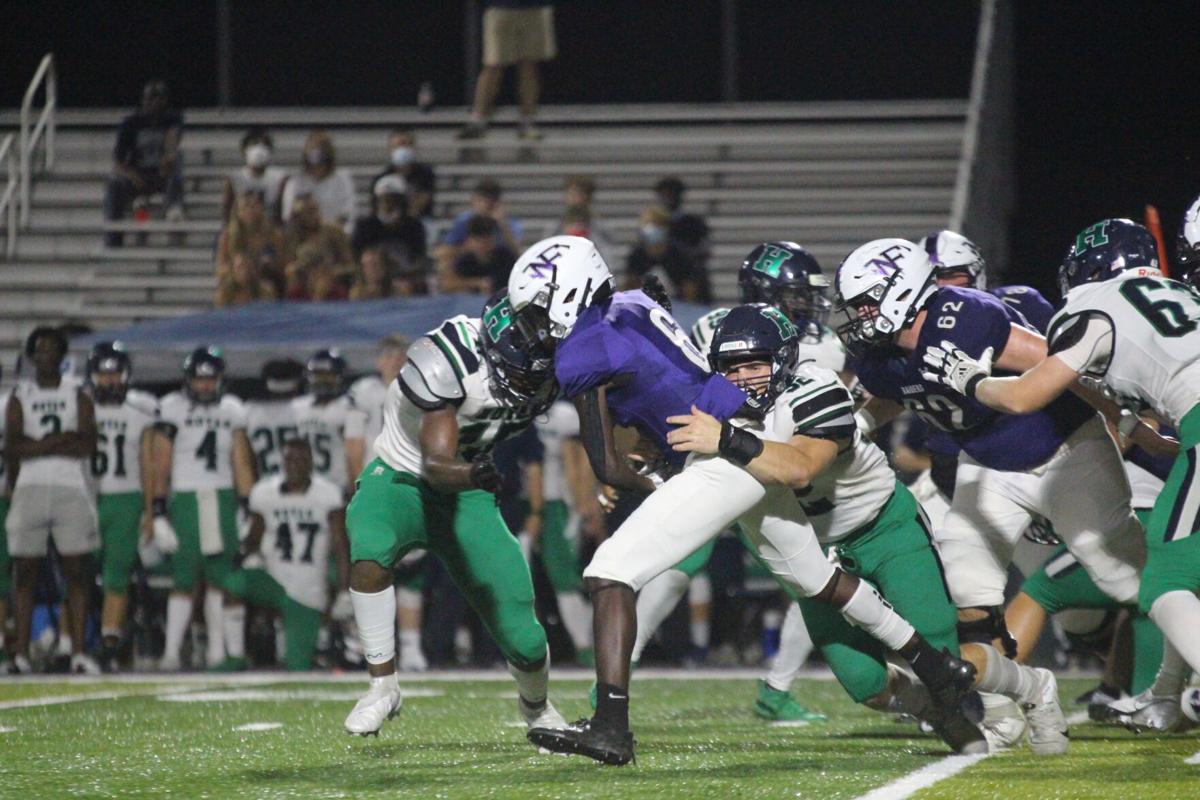 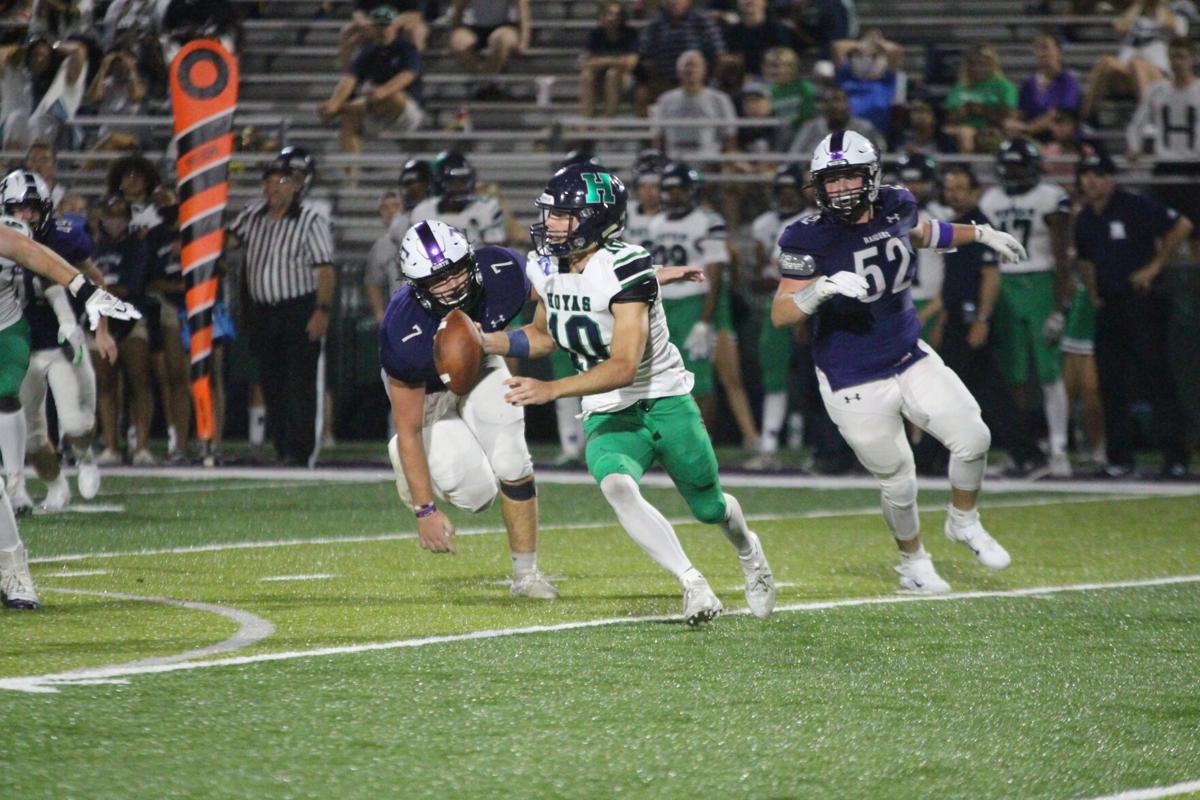 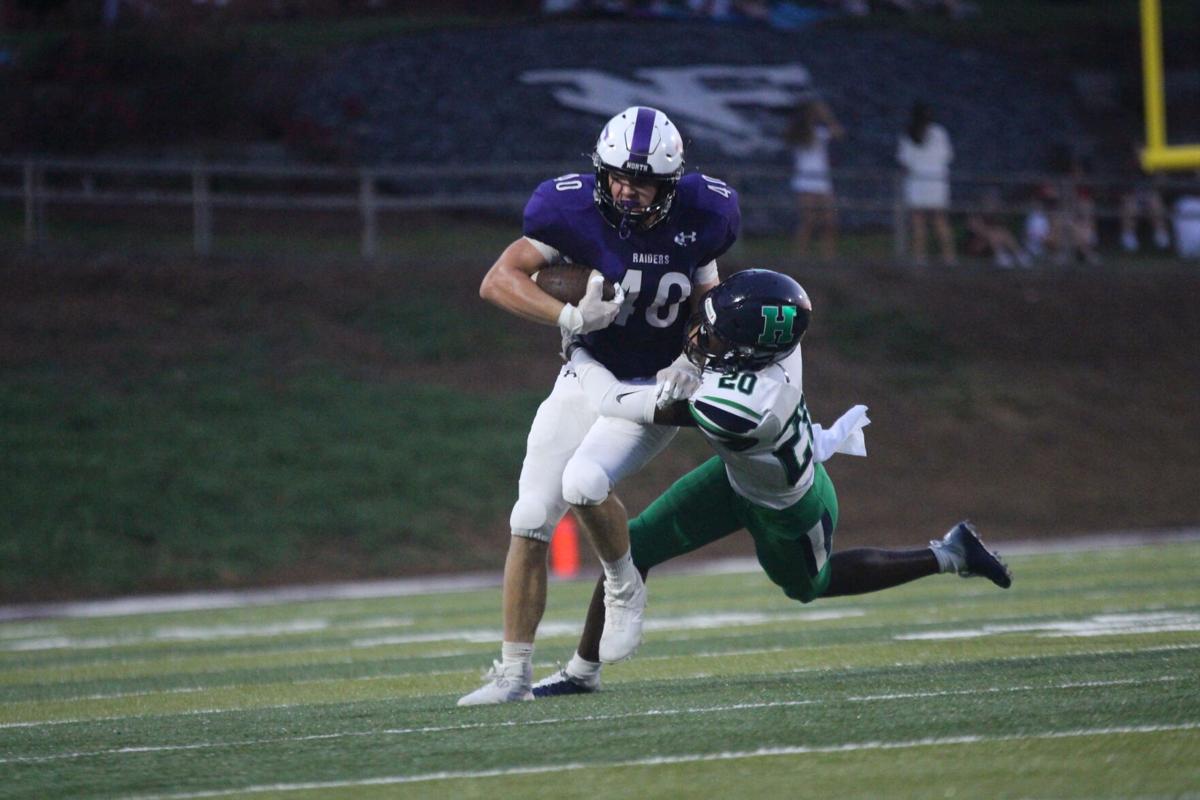 Down by one point and with fewer than 20 seconds on the clock, Marques Owens caught a long pass down the right side of the field. He was met immediately by a North Forsyth defender, but before going to the ground, he tossed the ball behind him. It was caught by another Harrison receiver, who managed to gain a few yards before tossing the ball behind him as well.

After a few more frantic tosses the ball landed in the hands of a Hoya lineman, who was finally brought to the turf, ball in hand.

Time had expired, the crowd roared and the improbable was accomplished. The Raiders beat last year's Class AAAAAA state champion 10-9.

“I’m just ecstatic for our guys. Just so pumped,” North Forsyth coach Robert Craft said. “I mean, just with everything we’ve gone through, just to see the fight in our guys -- that’s what you want as a coach, man, for your guys to just play hard. And if people say your team plays hard, that’s the best compliment we can get. And I’m proud of that.”

Coming off of a 35-3 win against Alcovy, North Forsyth (2-0) still had something to prove to the rest of the state as it came into Friday night against Harrison (0-2).

And prove they did. The Raiders fought hard to secure a win on their home field and tame the Hoyas.

The fight was won, ultimately, on defense.

North Forsyth forced two fumbles, made three sacks, allowed only three completions and gave up fewer than 60 yards of total offense in the first half alone.

Hardly a down went by in the first half when a purple jersey was not in the backfield busting up a play.

After halftime, the Raiders' defense allowed a few big plays, namely a 52-yard touchdown run early in the third quarter by Jay Ziglor, but a blocked point-after by Austin Colon kept the Hoyas from tying the game after kicking a 30-yard field goal in the middle of the fourth quarter.

“One of the biggest strengths of our football team is certainly our defensive line,” Craft said. “We’ve got a couple seniors in there who lead the way, and when you’re good on the line of scrimmage, you always got a chance.”

Seven sacks, relentless pressure on the quarterback and countless tackles for loss paved the way for an almost purely defensive win.

And then there was the interception.

Peyton Wagner lunged underneath a tipped ball to give the Raiders back possession during a crucial late fourth-quarter Hoya drive. It was essentially the nail in the coffin for Harrison.

On the offensive side of the ball, North Forsyth performed just good enough to bring home the win, controlling the tempo of the game and keeping possession overwhelmingly longer than Harrison.

Brady Meitz went 15-for-21 for 167 yards. Jared Lucero rushed for a hard-fought 49 yards, and Patrick Corrigan provided the only Raider touchdown of the night on a 4-yard rush.