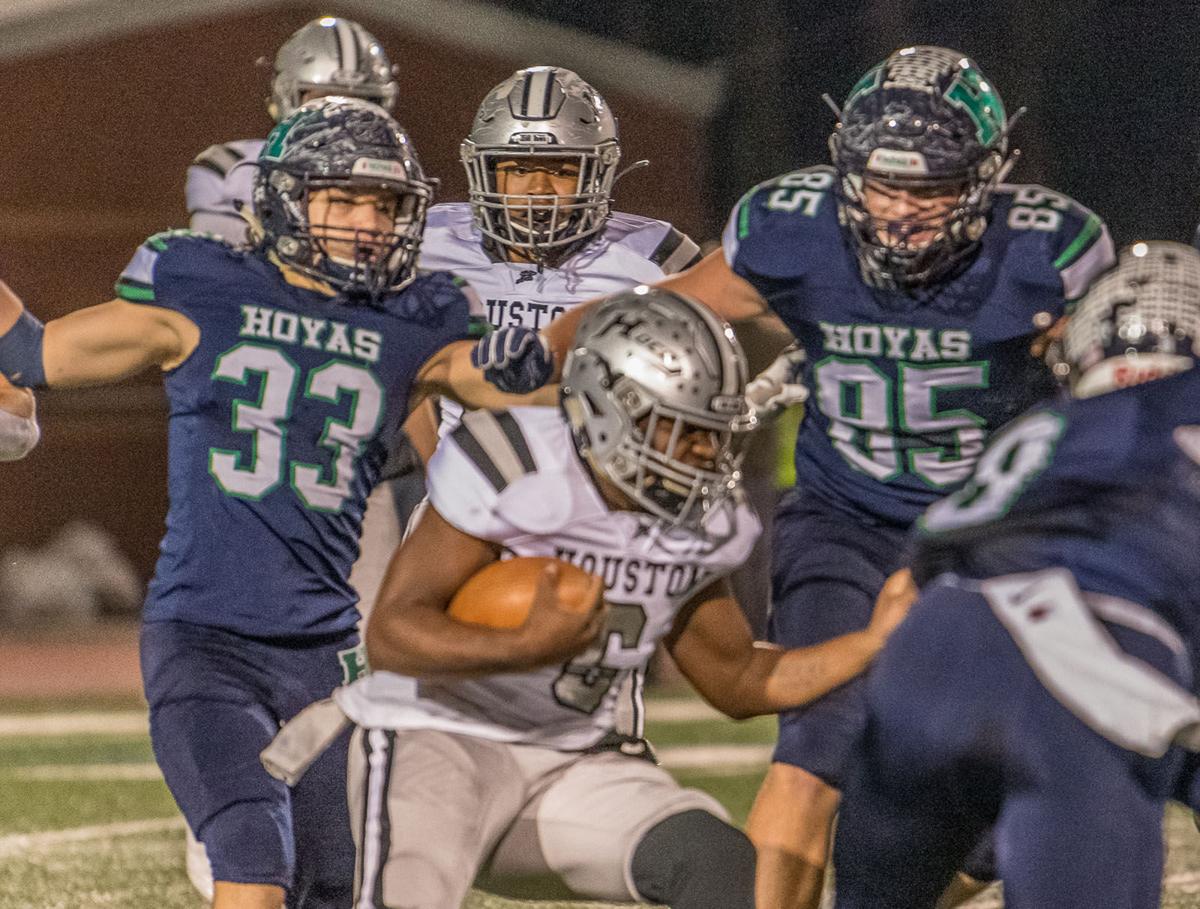 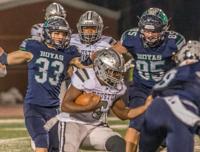 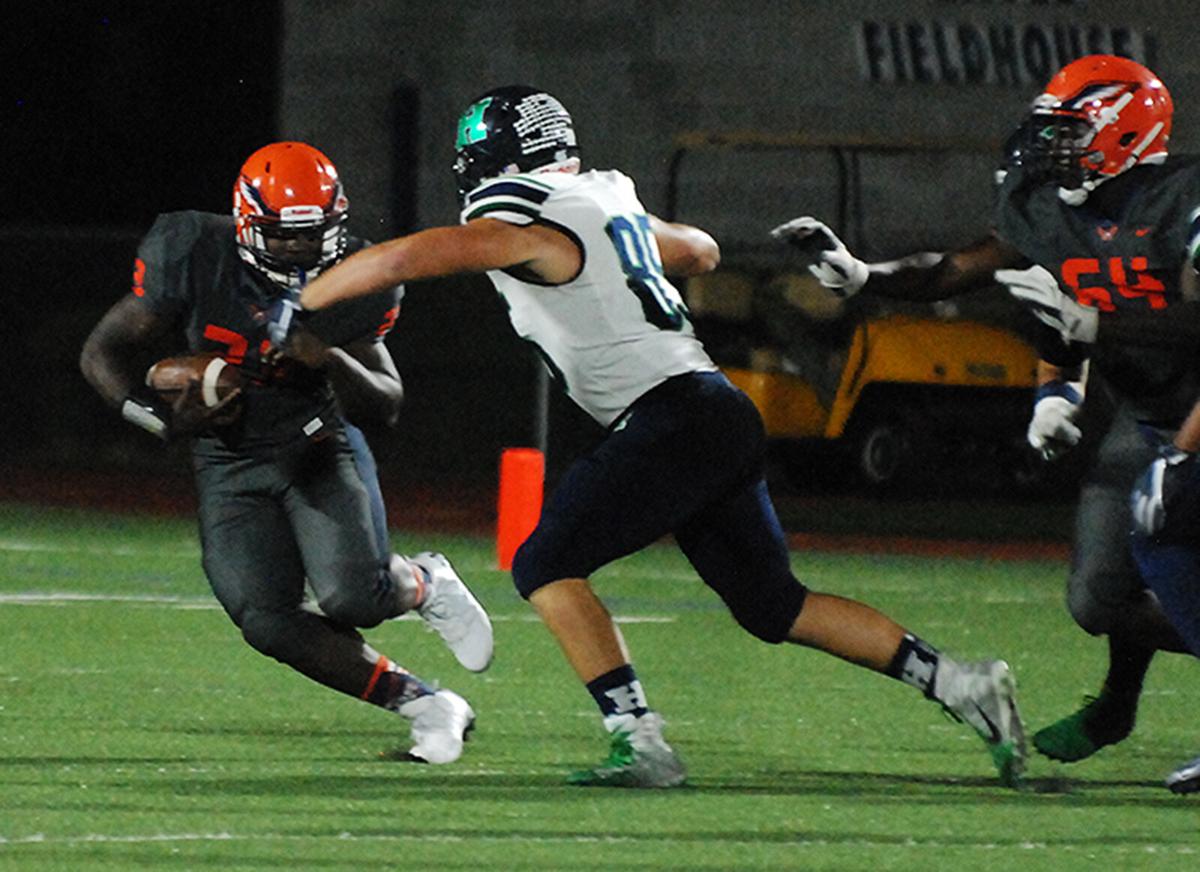 South Cobb's Johnathon Simmons (23) tries to find a way around Harrison's Bryce Stanfield (85) before he gets wrapped up.

South Cobb's Johnathon Simmons (23) tries to find a way around Harrison's Bryce Stanfield (85) before he gets wrapped up.

Stanfield, who will join the perennial Football Championship Subdivision playoff team for the 2021 season, made his decision known Tuesday on Twitter.

Stanfield had offers from Football Bowl Subdivision schools Akron, Coastal Carolina and Appalachian State, along with FCS programs Jacksonville State, Wofford, Tennessee Tech, Yale and Villanova before deciding Furman would be the best fit for him. He said he was looking for a school with a top-notch athletic program as well as a strong academic standing to set him up for the future.

“Furman has absolutely amazing academics and an amazing football team as well,” Stanfield said. “They are actually the only Division I program to be ranked by Forbes in the top 100 academic schools and win an NCAA playoff game in the last season.”

The 6-foot-2, 250-pound Stanfield said his recruiting process was a different experience than he had seen from players before him. Many of his visits were supplanted by Zoom calls and other forms of virtual communication due to the coronavirus pandemic.

Furman, though, was one of the teams that was able to bring him in for a live visit and Stanfield made a strong connection with the coaching staff and campus in Greenville, South Carolina. He also jumped at the idea of being close to his family.

“Another factor for me was the proximity to home,” Stanfield said. “It is about three hours from my house. My extended family, my grandparents, my cousins, my aunts and uncles, they can all come see my games, as well as my parents.”

Harrison coach Matt Dickmann believes Stanfield is a model athlete, and he said Furman is getting a great leader and smart football player.

“We always talk about in our program that people need to step up and lead, and he is one of those guys,” Dickmann said. “He does not tolerate things that are done wrong by his teammates, and he will be a voice.”

Stanfield prides himself on his adaptability and his willingness to be coached and taught. He said playing at Harrison has taught him to be a great football player and, especially, a disciplined person.

“Coach Dickmann likes to call it being an uncommon man,” Stanfield said. “That is, not afraid to stand out in a crowd. Someone who is always out there to help somebody else.”

Dickmann said he is proud that Stanfield earned the opportunity to play collegiately and knows the coaching staff at Furman already loves the young defensive end’s maturity on and off the field.

“Bryce checks a lot of boxes, and that is why he is getting a scholarship to play football,” Dickmann said. “He is a student of the game, he is very coachable, bright and he handles himself very well.”