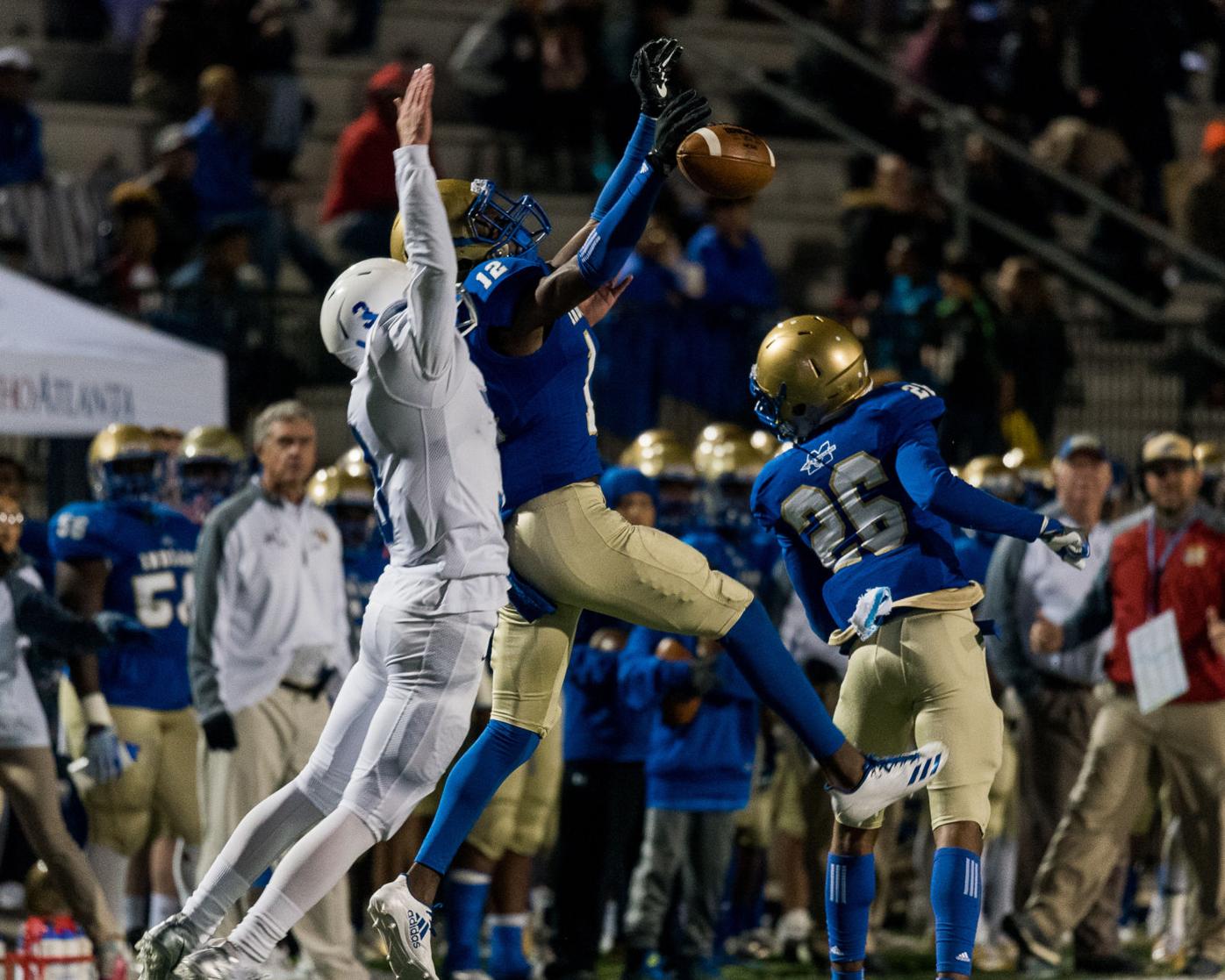 McEachern’s Erwin Byrd (12) goes up to intercept a pass in a 2017 game against Etowah. Byrd, after beginning his career at Maryland, is transferring to play at Kennesaw State. 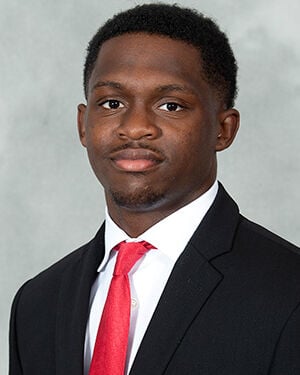 Kennesaw State announced seven additions to its football team for the fall 2021 season.

Byrd is transferring to Kennesaw State from Maryland after redshirting the 2020 season. The defensive back made three appearances and two starts during his time with the Terrapins.

Hines, a two-star prospect from Hueytown, Alabama, is joining the Owls after spending one year at the Naval Academy Prep School. As a senior for Hueytown, the defensive tackle had three sacks in three games and helped lead his team to an 11-2 mark.

Marts, a transfer from Navy, is a Jacksonville, Florida native. He graduated from Harvest Community School in 2018 as a three-sport athlete, earning letters in basketball, football and track and field.

Marts, a running back, is the son of former NFL linebacker Lonnie Marts, who played for four teams over a 10-year career.

Scotland is a recent graduate of Walhalla High School in South Carolina. The running back left the program as the all-time touchdown leader in program history, a three-time all-region performer and the 2020 Region 1AAAA Player of the Year.

Spottsville, a defensive back, comes to Kennesaw State after playing 22 games in two years at North Carolina. A three-star prospect out of Havelock (N.C.) High School, he made 10 appearances for the Tar Heels as a true freshman in 2019, primarily on special teams and as wide receiver. In 2020, Spottsville appeared in all 12 games, primarily on special teams and as defensive back.

Evan Thompson, a Clermont, Florida, native, played football and golf at Florida Tech, which eliminated its football team due to budget cuts during the COVID-19 pandemic. He was a linebacker for the Panthers, where he had 63 tackles in 2018 and was ranked No. 2 on the team for stops in 2017 with 52.

Gabriel Thompson, an offensive lineman from Wiregrass Ranch High School in Zephyrhills, Florida, is a three-star prospect who caught 11 passes at tight end his junior year.