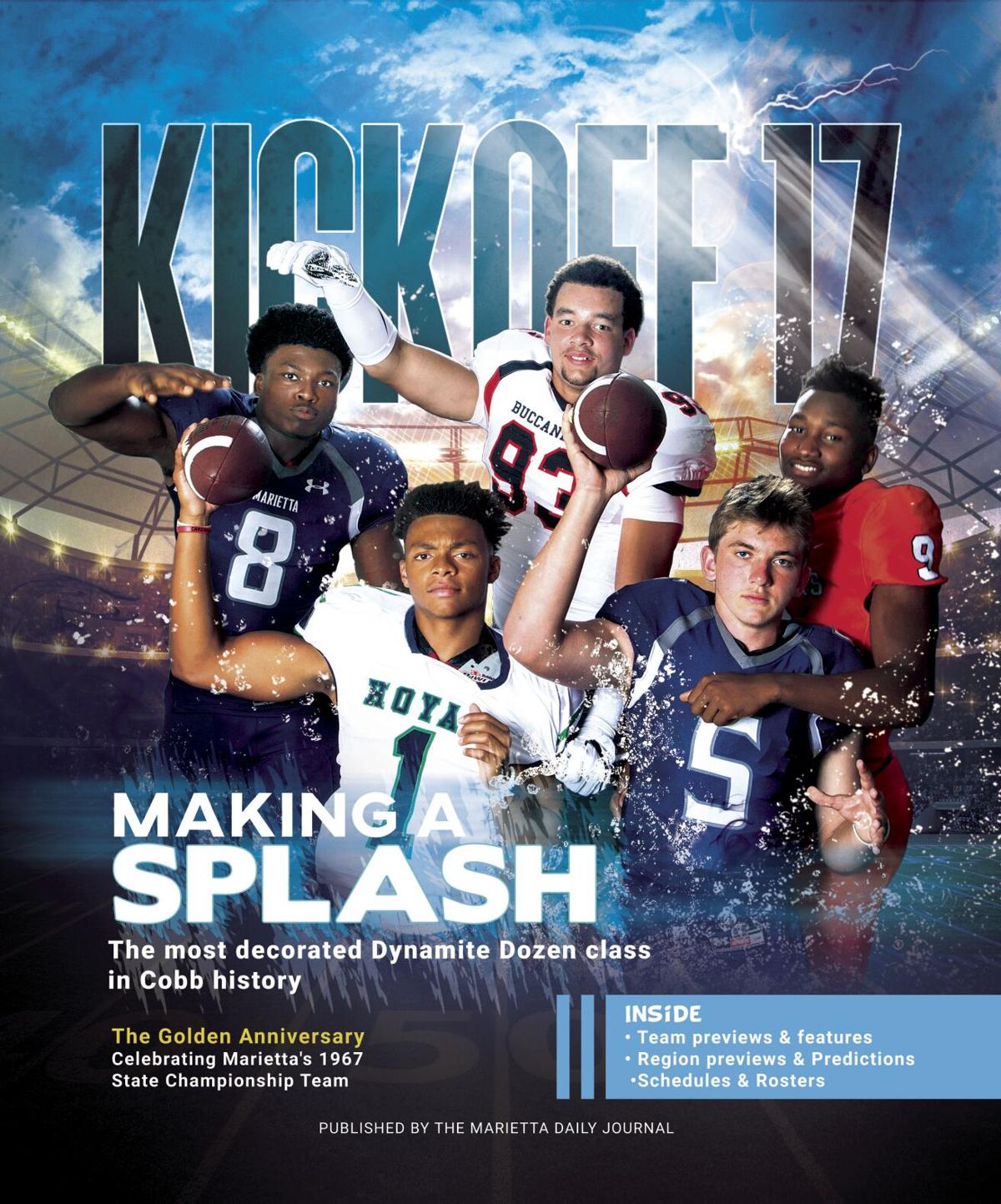 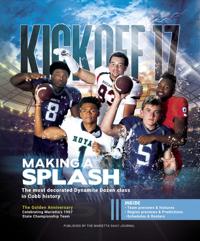 After the dust settled on the NFL draft, six former Cobb County football players found new homes in the league.

Justin Fields, Azeez Ojulari and Trey Sermon all heard their names called in the draft. Meanwhile, former South Cobb and Cincinnati defensive end Elijah Ponder was signed as an undrafted free agent by the Tampa Bay Buccaneers, as was former McEachern and Georgia Tech defensive back Jaytlin Askew by the Miami Dolphins.

While Ponder, Askew and McKinnon are ready to prove their worth and are likely thankful for the chance to show what they can do for their new teams, Fields, Ojulari and Sermon will likely enter with chips on their shoulders.

Fields and Ojulari were drafted well below most of the pre-draft projections, and while they likely will not likely speak about it publicly, it will be a motivating factor going forward.

Fields, a former Harrison High School standout who led Ohio State to the College Football Playoff the last two seasons, was expected to be the No. 2 quarterback taken in the draft behind unanimous No. 1 pick Trevor Lawrence. Instead, Fields was the fourth QB called.

Yes, Fields had a bad game against Northwestern, which held him to 114 yards and two interceptions, but then everyone saw maybe his best game against Clemson when he completed 22 of 28 passes for 385 yards and six touchdowns in the Sugar Bowl.

Despite going 20-2 as a starter, being a Heisman finalist and the Big Ten Offensive Player of the Year, Fields began to slide. During the last month leading up to the draft, there were questions about his work ethic, which for anyone who knows the 6-foot-2, 220-pound signal-caller who runs a 4.4-second 40, were astounding.

“It got a little frustrating,” former Harrison coach Matt Dickmann said. “Questioning his work ethic? This is the player who, when he was playing baseball, I would have to come down to the fieldhouse at 6:30 a.m. and turn on the lights so he could throw before he went to school, and those were some cold mornings.”

To this day, no one knows where the work ethic question came from, but Dickmann said being drafted at No. 11 by the Chicago Bears would end up being the best place for Fields. He will join a team that was in the playoffs last season and has a defense that can help a rookie quarterback get his bearings.

“It was a great spot,” Dickmann said. “They have great structure.”

However, during the draft, Dickmann wasn’t sure why Fields was sliding. After Lawrence was taken No. 1 by the Jacksonville Jaguars, BYU’s Zack Wilson was taken by the New York Jets at No. 2 and North Dakota State’s Trey Lance No. 3 to the San Francisco 49ers.

It had been rumored that the draft would go that way, but it was still a surprise to Dickmann and others.

After the Atlanta Falcons passed on Fields at No. 4, there was a question how far he would fall. When Fields made it past Denver at No. 9, Dickmann started to see visions of Dan Marino falling all the way to the end of the first round in 1983, but as soon as the Bears made the trade to move from No. 20 up to No. 11, Dickmann’s worries were over.

“As soon as they made the trade, I knew who it was for,” Dickmann said.

Ojulari was the No. 1 edge rusher in the draft until about a week out. He was coming off a season in which he led Georgia with 12.5 tackles for loss and 8.5 sacks, including three against Cincinnati in the Peach Bowl.

All of a sudden, despite a clean bill of health, there was a question as to Ojulari potentially having a degenerative condition in his knee that could limit his career. Instead of going in the middle to late first round, as he was expected to, the 6-foot-3, 240-pound former Marietta Blue Devil slid to the second round, where the New York Giants took him with the 50th overall pick, teaming him with former Hillgrove standout Evan Engram.

“He’s a first-round talent,” Marietta coach Richard Morgan said of Ojulari, “but everything happens for a reason. He has the versatility to do whatever they want him to do (at defensive end or outside linebacker). People don’t realize how good he is against the run.”

For Sermon, he was finally starting to hit his stride in the College Football Playoff when an injury on the first play of the national championship game likely caused him to be there in the third round, where the San Francisco 49ers traded up to get him.

Sermon struggled his first few games at Ohio State as he regained his confidence from an injury that ended his 2019 season early at Oklahoma, but when the former Sprayberry High School star got in gear, he was lights out.

Sermon ran for 112 yards against Michigan State as a warm-up, then set an Ohio State and Big Ten championship game record with 331 yards against Northwestern. In the playoff against Clemson, he added another 193.

If Sermon had a similar game against Alabama in the championship, not only would the game of had a different flow, but Sermon may have had his stock shoot up near the top of the second round.

“He told me they had schemed up some 1-on-1s for him, and they were going to take advantage of those matchups because Alabama was geared up to stop the run,” said East Paulding coach Billy Shackelford, who was Sermon’s coach at Sprayberry.

Despite that, Shackelford said Sermon landed in a great spot for having his talents utilized.

“He’s going to be a real asset to the 49ers,” Shackelford said. “Coach (Kyle) Shanahan had a great history of making an offense that relies on running backs, and Trey has a great ability to run between the tackles.”

With the influx of talent from the 2021 class entering the NFL, Cobb County now has 17 players in the league, with Fields the third player taken in the first round since 2017 after Engram and Hillgrove’s Bradley Chubb.

Ojulari joined former McEachern standout Adam Meadows as the only second-round selections from the county, and Sermon was the sixth player taken in the third round since 2014, joining McKinnon, Hillgrove’s Kenyan Drake, South Cobb’s Justin Jones, McEachern’s Chuma Edoga and Sprayberry’s Jabari Zuniga.