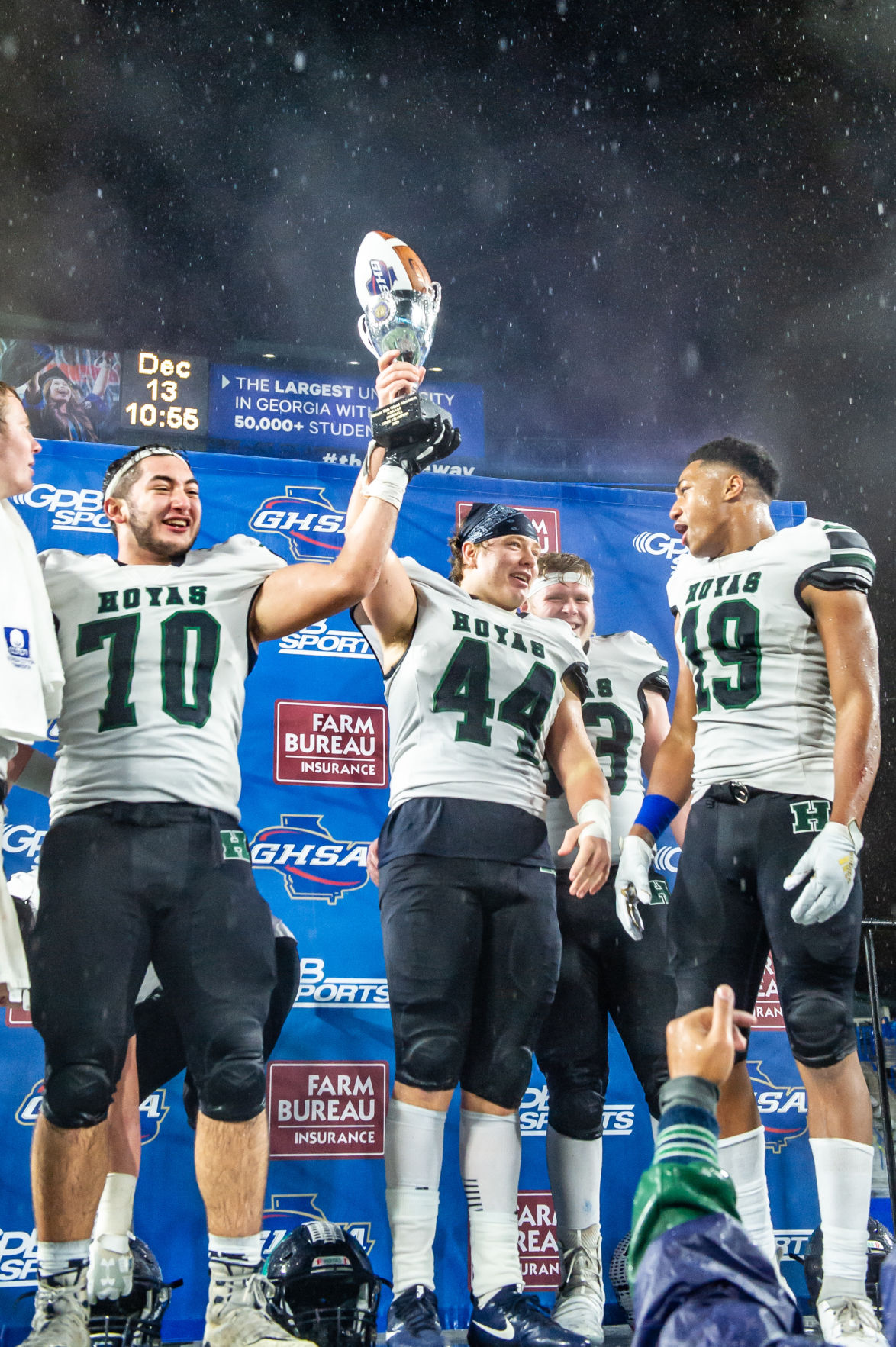 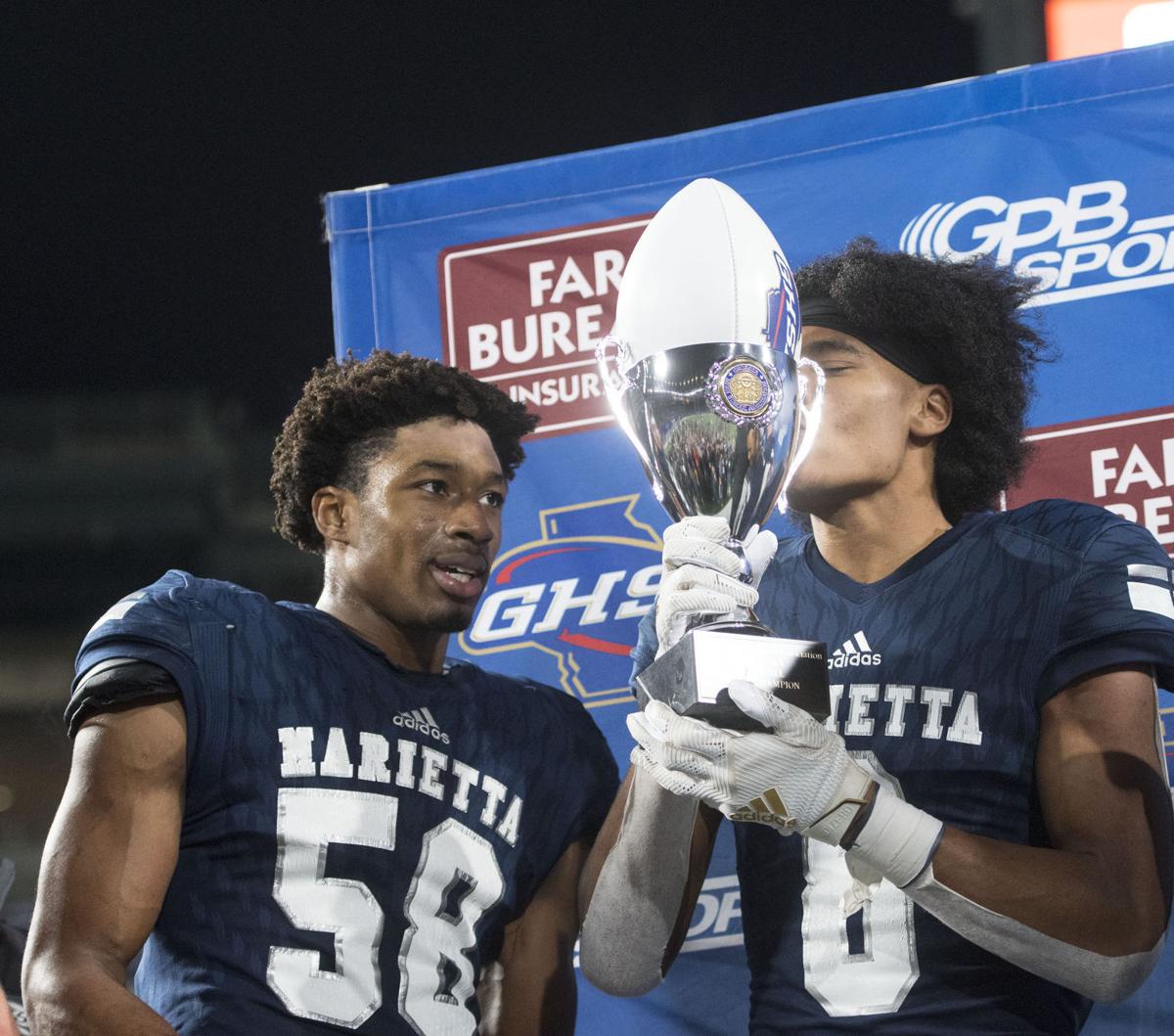 I like to tell the story that one of the first things I did after becoming sports editor of the Marietta Daily Journal was to deal with National Signing Day.

It was February of 2007 and we invited all of the Division I football signees to the MDJ offices for pictures and interviews. That year, they all fit into our small conference room. There were six players who were going on to play big-time college football.

That 2006 high school football season, six Cobb County teams made the playoffs — Campbell, North Cobb, South Cobb, Walton, Wheeler and Whitefield Academy. Of those six, only Campbell advanced to the second round. The season in the county was completely done by Thanksgiving.

That’s not the case any more.

Cobb County is the king of high school football in Georgia in 2019.

Let that sink in for a minute. Cobb County is the king of high school football in the state of Georgia.

It’s been a long time coming, and there are a lot of people who likely thought it would never get here. While the county has dominated in nearly every sport other than football — see 2019 volleyball champions Allatoona and Walton, softball champion Pope, boys cross country winners Walton and Harrison, along with the Walton and Hillgrove girls (not a bad fall season by the way) — the gridiron always seemed to be ruled by south Georgia or Gwinnett County. Over the last 20 years, Gwinnett and south Georgia took the trophy home in the two highest classifications a combined 27 times.

Harrison and Allatoona provided the county with a no-lose situation on Friday night. It was the first time two Cobb teams had squared off in a football state championship game. It was too bad that the weather didn’t cooperate to allow more fans to be there, but the Hoyas took care of their business and completed the first 15-0 season in Cobb County history. Plus, it was only the second undefeated season in county history joining Mount Paran Christian, which went 14-0 in its title season of 2014.

I would also be remiss if I did not mention the best moment of the weekend came out of Harrison’s victory. It was when coach Matt Dickmann dedicated the win to former Hoyas coach, and program founder, Bruce Cobleigh, who passes away two years ago. Pure class.

Marietta kept things rolling on Saturday. The quick passing game and getting players is space had the Blue Devils offense going through the Lowndes defense like a hot knife through butter in the first half. It allowed them to build a lead big enough to withstand the Vikings’ comeback and give Marietta its first state title since 1967.

The Blue Devils air attack reminded me of the offense that former Lassiter, and current Troy University coach Chip Lindsey first brought to the county in 2008. His offense was an eye opener and showed what could happen when a team’s best athletes could get the ball without anyone around them for a few yards. Soon others followed suit. That change, and a group of better coaches, finally dragged the county into the modern day of high school football. Gone was everyone lining up and looking at three yards and a cloud of dust.

For the fifth year in a row, the county had more 1,500 yard passers (9) than it had 1,000 yard rushers (8). And after watching Marietta’s Harrison Bailey throw for more than 4,200 yards this season, moving the ball through the air is going to become even more commonplace.

Wednesday is the first of two National Signing Days for football. We are likely to see 15 — maybe 20 — players sign National Letters of Intent not only with Division I programs, but with the Power 5 variety. By the time we get to the second signing day, we will likely have another 20-plus sign to play Group of 5 and FCS.

The way Cobb County high school football has advanced over the last decade, it’s hard to imagine it slowing down now. In 2014, we were wondering if the county would ever break its then 47-year drought without a state championship. Mount Paran finally gave us the answer. Allatoona followed the following year, and now we have four in the last five years.

Congratulations to all the players and coaches who suited up and brought us a year’s worth of excitement.

For this season, Cobb County is the king of Georgia high school football.

It won’t be the last.

John Bednarowski is the sports editor of the Marietta Daily Journal and can be reached at sportseditor@mdjonline.com or on Twitter @ jbednarowski