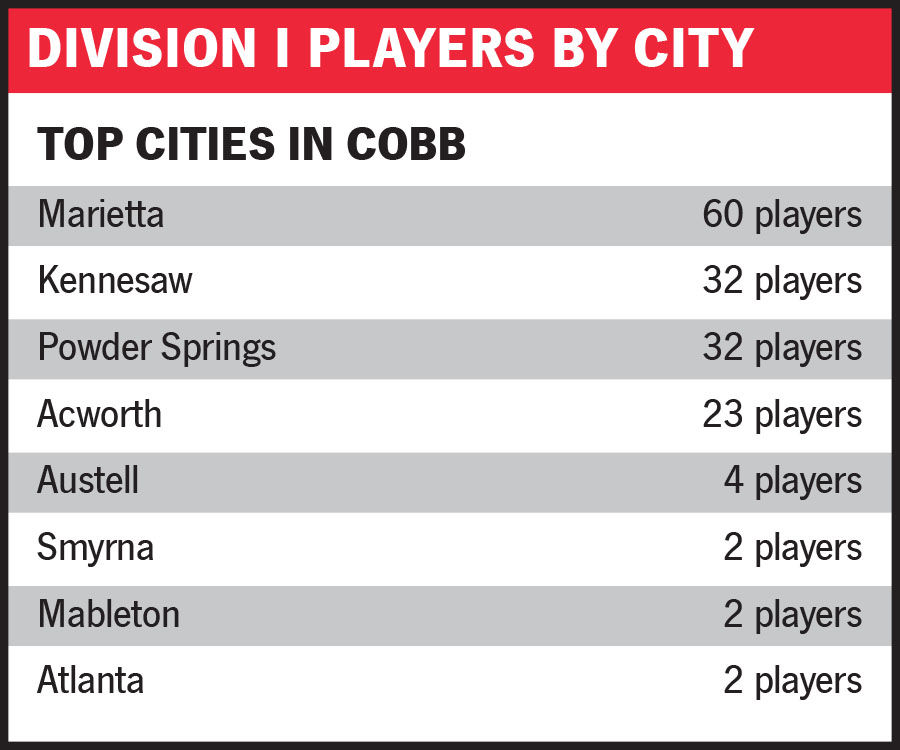 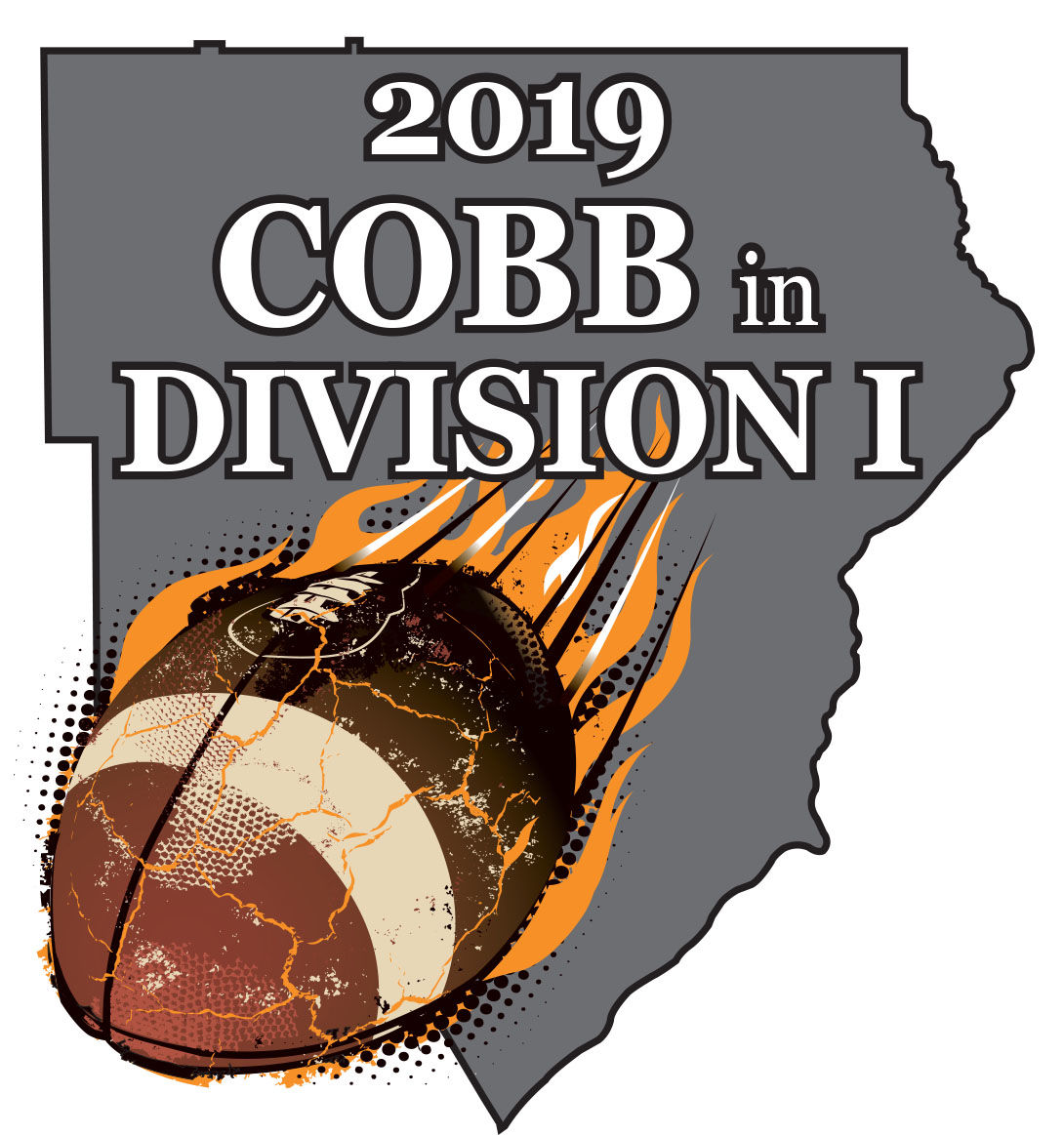 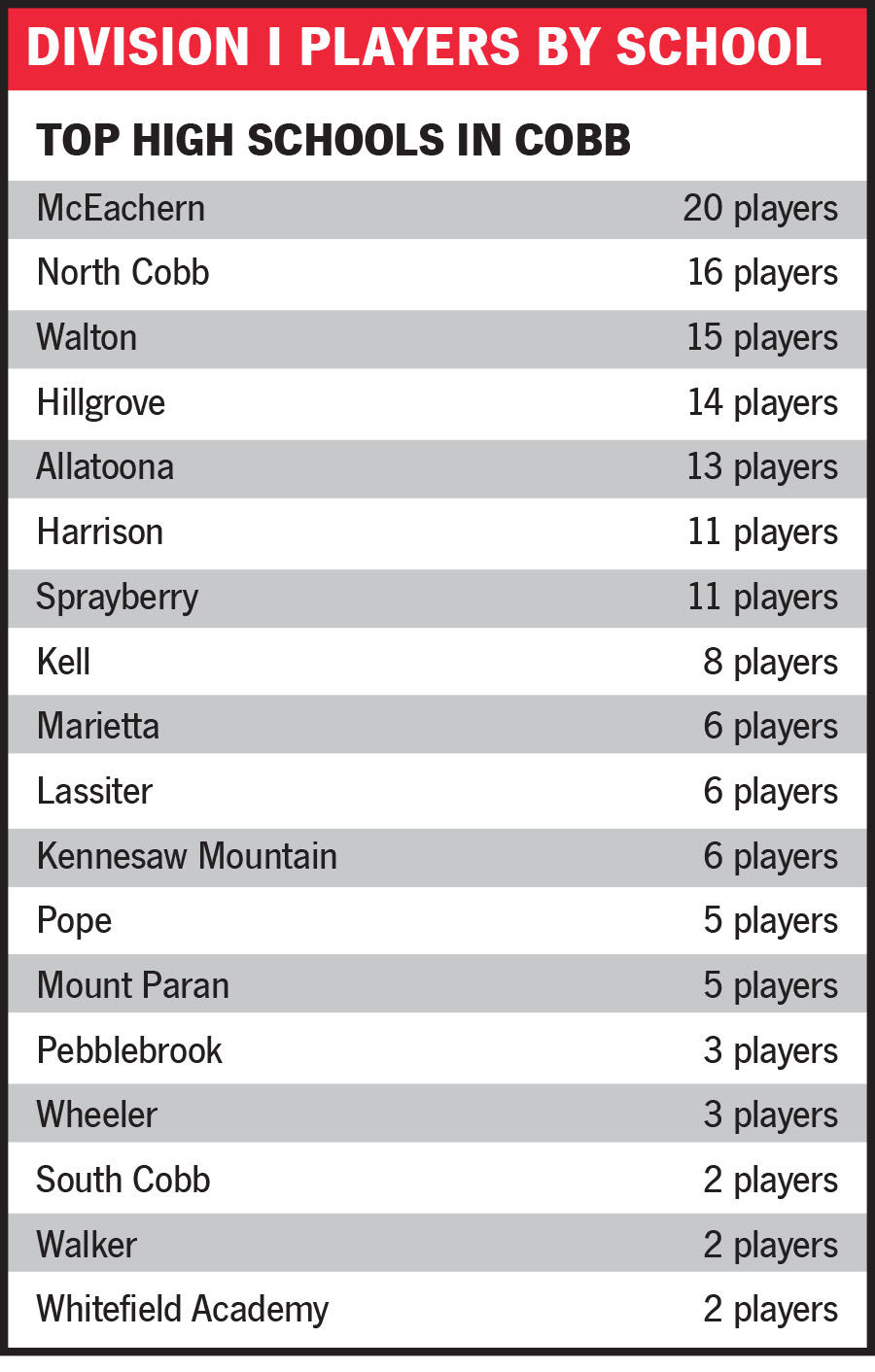 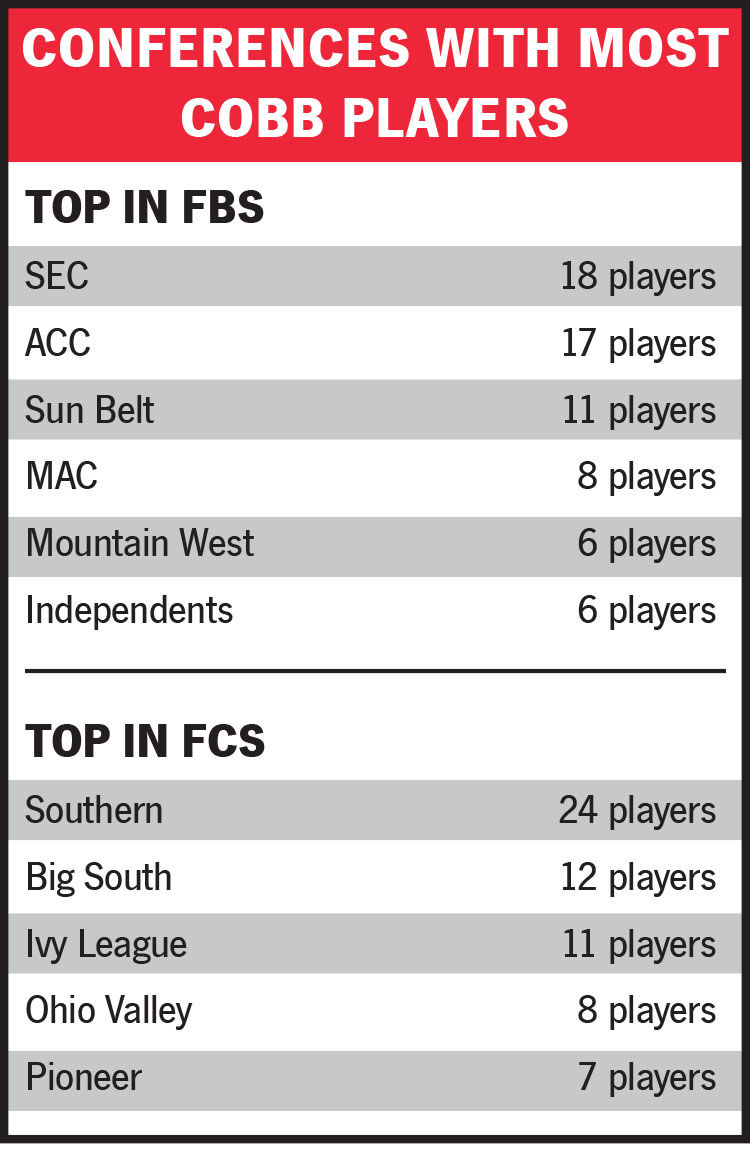 The talent from Powder Springs can be traced back to its two high school football programs: McEachern and Hillgrove. McEachern has 20 graduates on Division I rosters, including defensive lineman Julian Rochester and wide receiver Tyler Simmons at Georgia, defensive back C.J. Miller at Ole Miss, national championship winning offensive lineman Tremayne Anchrum at Clemson and defensive back Ajani Kerr at Georgia Tech.

The City of Marietta has sent 60 current players to the college ranks, but that includes eight high schools.

The coaches at McEachern and Hillgrove trace the success even further back. They say the youth and middle school football programs sustain and develop the city’s talent.

A player’s journey to college football often begins in the Cobb Football League, the K-5 feeder league where players wear the uniform of their future high school.

Then it is off to the middle school feeder league. The Cobb County school system does not recognize middle school sports, so the league is run separately by the Georgia Middle School Athletic Association.

Middle school football in the McEachern district is serious. Former coach Kyle Hockman, now the head coach at New Hampstead in Savannah, remembers his son, Bailey, practicing 15 times with two scrimmages during the spring while in middle school. Bailey is now a redshirt sophomore quarterback at N.C. State.

“He had more spring practices and summer workouts in middle school than many high school situations,” Hockman said.

“We’re probably more talented than my last school, and that’s probably indicative of being in a rural area versus the metro area,” Stephens.

Hockman praised the volunteer coaches and directors, some of whom have been a part of the program for over a decade, for contributing to McEachern’s success.

Hillgrove coach Phil Ironside said McEachern still has the most talent in the city 13 years after Hillgrove was founded.

“(McEachern has) been a consistent beacon of good football in this county for years,” Ironside said.

The talent coming from Powder Springs has a lot to do with the players’ genes, Ironside said. But their environment also plays a part.

“It is a very competitive community, in everything they play,” Ironside said. “Anytime you’re around it, at games, at youth sports, (you see) there’s an emphasis on it.”

The pipeline of players from the youth and middle school programs may not be as bountiful as it used to be. Hillgrove discontinued its youth program when enrollment numbers dipped too low. The Indians average 35 kids per middle school team, down from about 50 during the heyday, Ironside said.

“I don’t know if every mom and dad is pushing their kid to play football,” he said. “There’s a lot more options today.”

Ironside emphasized that football is not going away anytime soon. The game will continue to adapt, he said.

In the meantime, Powder Springs remains a hotbed of football talent that attracts people both inside and outside the city.

“When people from around the area, in Powder Springs or even outside the area, see that talent is being developed, they want to be a part of it,” Hockman said.

Cobb in Division I: All-Cobb college team has plenty of talent

Cobb in Division I: Cobb County players building big footprint outside the southeast