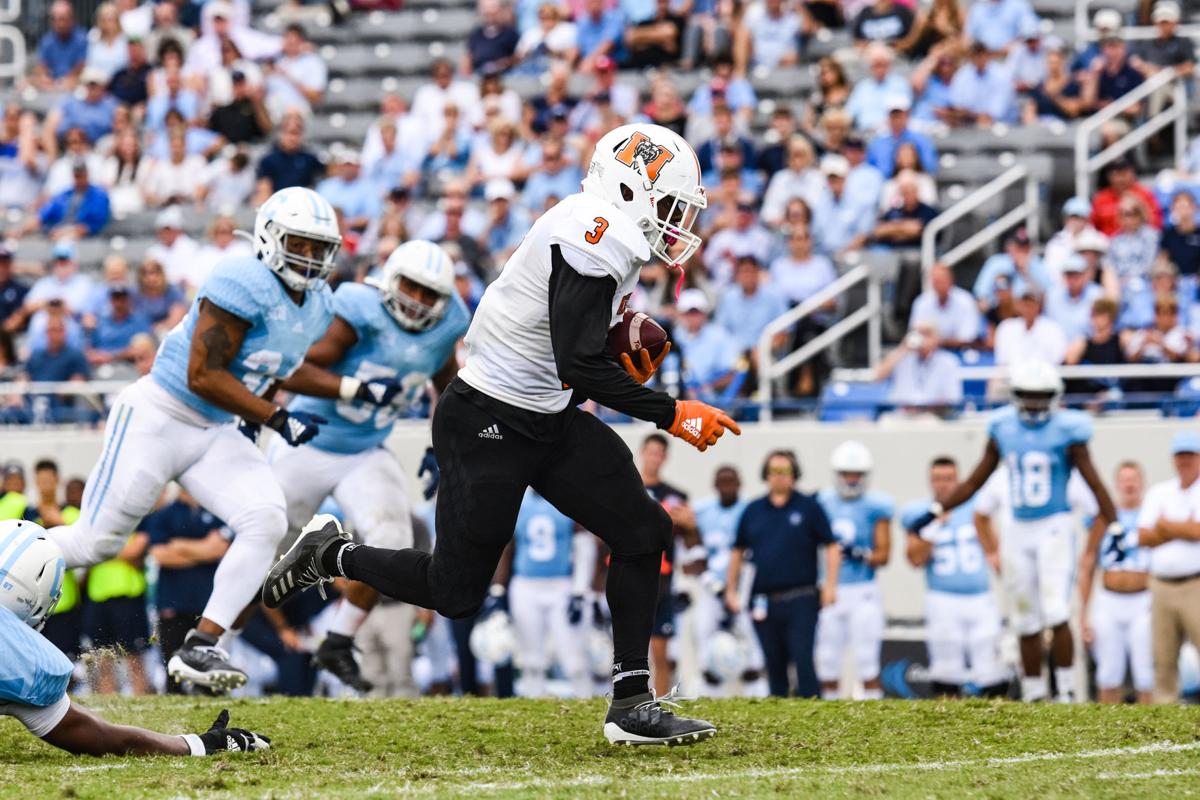 Former Hillgrove defensive back Lance Wise is one of seven Cobb County products set to suit up at Mercer this fall, tops among all programs in the Football Championship Subdivision. 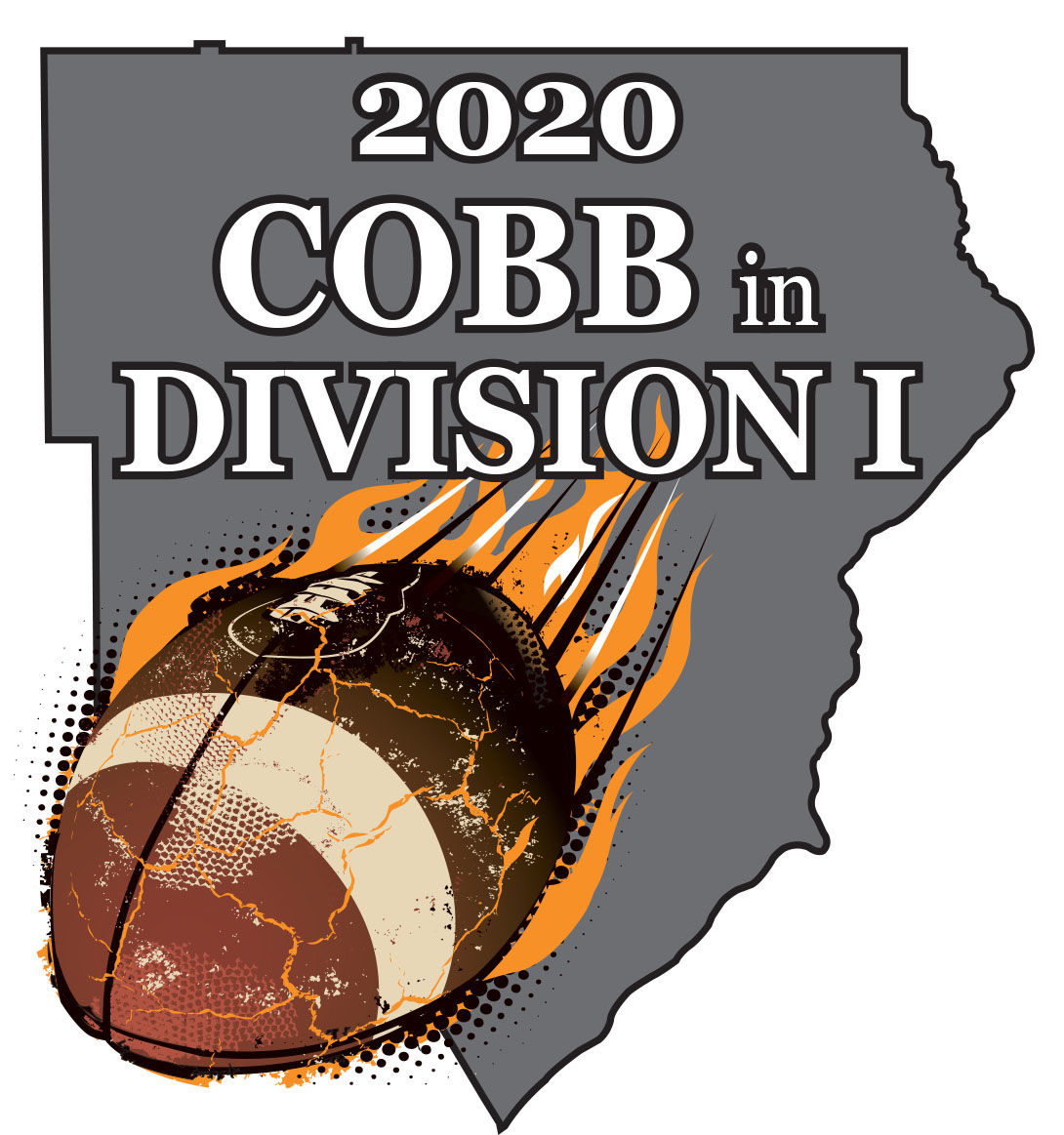 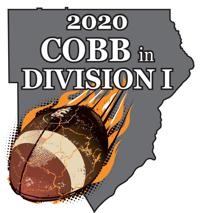 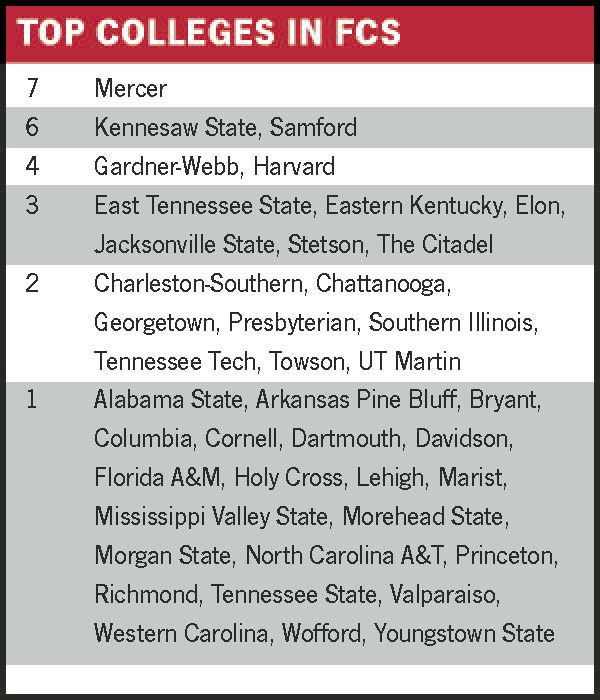 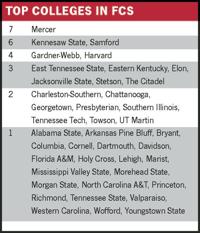 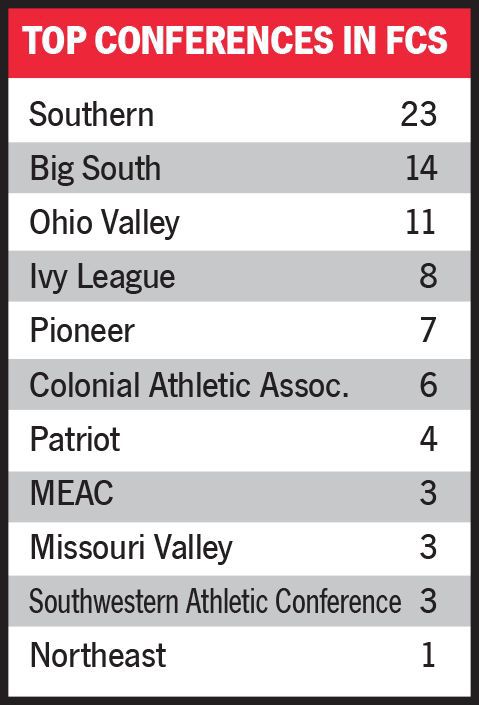 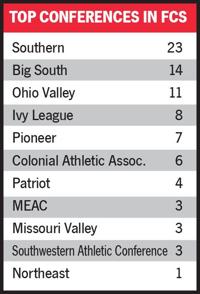 The right fit does not always come from the best offer for Cobb County high school football players.

Football Championship Subdivision programs have created a pipeline in Cobb, with 83 players set to be on rosters this fall. Such programs as Mercer, Kennesaw State and Harvard have established recruiting pipelines in the county.

“I think places like Mercer and Kennesaw State, these are really good FCS programs,” Sprayberry coach Brett Vavra said. “Jacksonville State, Tennessee Tech, Samford — there is lots of good FCS football in the Southeast. They would be silly not to recruit in Cobb County.”

Mercer leads all FCS programs with seven local players, attracting five from Harrison and two from Hillgrove. Kennesaw State and Samford each have six players, while Gardner-Webb and Harvard each have four.

Kennesaw State benefits from its close proximity to the Cobb County high schools, but not necessarily coming right out of high school. While the Owls recruit the area and have had success doing so, many of their local players have come via transfer as they decide to return and play closer to home.

While Mercer, Kennesaw State, Samford and Gardner-Webb all make sense geographically, Harvard and the other Ivy League schools have also made inroads in Cobb County.

Finding the right fit is a key determinant to a recruit passing up Football Bowl Subdivision offers in favor of an FCS program better suited for a his needs on and off the field.

Walton coach Daniel Brunner remembered Joey Goodman, a former Walton linebacker who received offers from some FBS offers before ultimately deciding to choose Harvard for its academics and what he deemed a better fit.

Brunner thinks Cobb athletes look at more than football when they decide to commit to an Ivy League institution. The reputation a college like Harvard holds pushes players to consider those offers more seriously and look at how that school could benefit them in terms of their future.

“They understand the implication on their future that those Ivy Leagues have,” Brunner said. “I think it is just finding the right kid who is looking for that in their life.”

The uptick in FCS recruiting also comes from the combination of talent and academics Cobb boasts. Cobb County has at least one player on more than half of the Ivy League programs’ rosters for the 2020 season, including Dartmouth, Princeton, Columbia and Cornell.

With so many athletes moving to the Division I ranks each year, impact players tend to fall through the cracks and become missed by programs in the upper echelon. FCS programs have begun to take advantage.

“There is just so much good football here in Cobb that I think it gets lost in the shuffle,” Brunner said.

“I feel like Cobb doesn’t necessarily always get recruited as hard as it should and, sometimes, kids fall down through the cracks, and that helps the FCS schools out,” he said.

Brunner and Vavra raved about the excellent football the county has played over the past few years. Higher-end FCS programs have taken notice of Cobb’s talent, and many of them are located in the Southeast.

They feel Cobb is a natural fit for recruiting.

“I do think the quality of football and the level of coaching helps the kids in this area, and that is why they are recruiting here heavily,” Brunner said.

Cobb in Division I