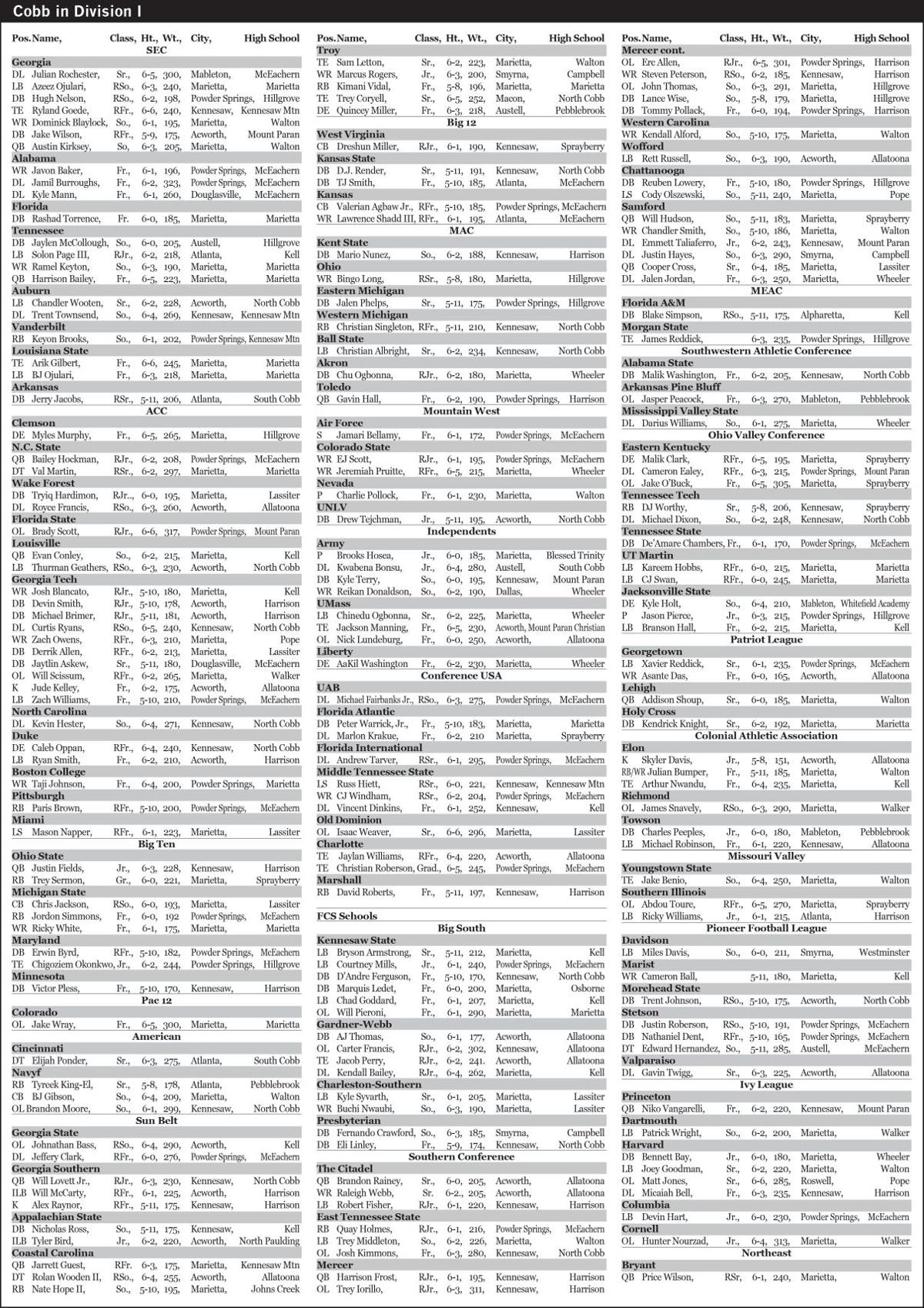 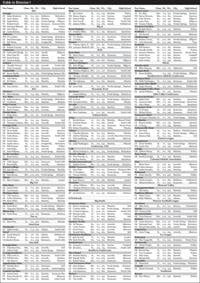 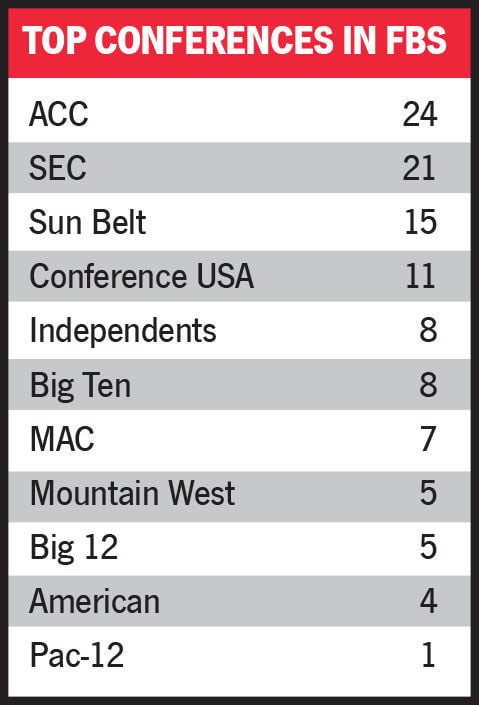 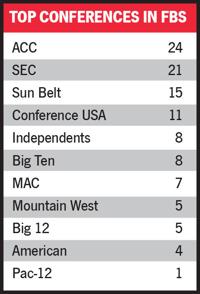 Cobb has 24 players in the ACC, most in any conference in FBS 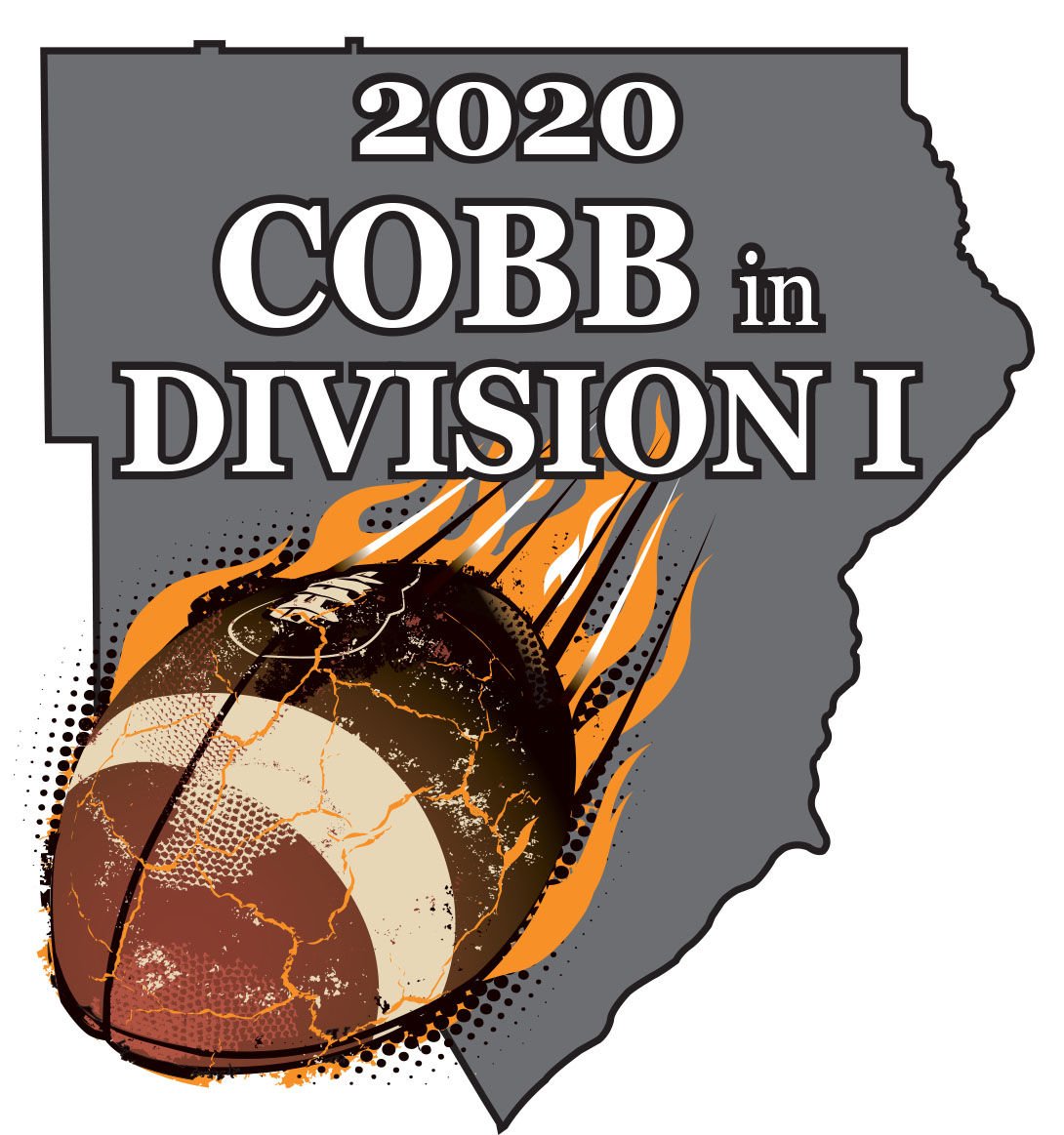 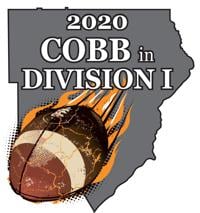 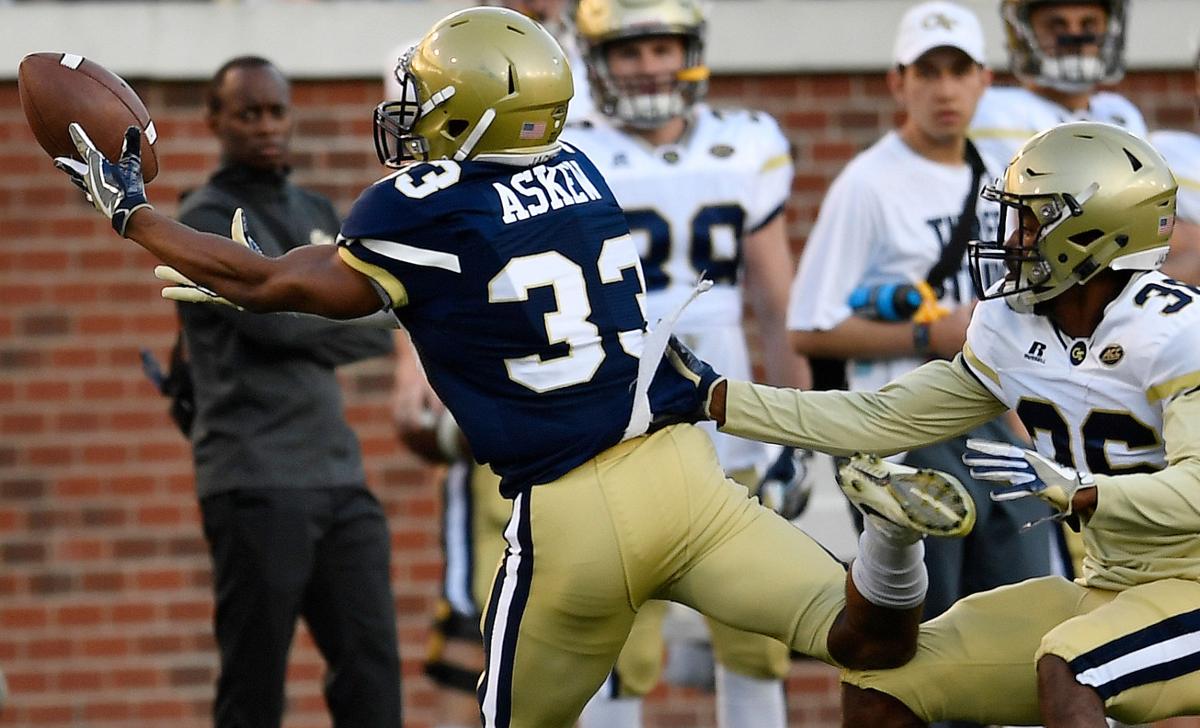 Cobb has 24 players in the ACC, most in any conference in FBS

There are 24 former Cobb County high school football players who are expected to compete in the Atlantic Coast Conference during the 2020 season.

The level of talent in Cobb County has been dramatically augmented in recent years and it continues to increase. Last season there were 160 players on Division I rosters. This year, that number jumped to 193.

For the ACC, last year there were 17 Cobb players in the conference, which was second to the SEC’s 18. This year, the conferences flipped. Georgia Tech has the most Cobb County players on its roster with 10.

So, what can be attributed for the rise of Cobb County players competing in the ACC?

The simple answer is Cobb players offer the total package.

“(In Cobb County) you have great, solid programs. You’ve got good academics; an academic standard that is very high,” said Ron West, a former offensive line coach and lead recruiter for Georgia Tech from 2016-19. “Then, you have good administration leading the county. Then, you got good coaches and AD’s that give kids every advantage to be successful. Then the parents. Most of the kids come from good families, families that care.”

Combine everything together and you create not only a region ripe with football talent, but a region teeming with kids prepared to flourish at the next level.”

Duke co-defensive coordinator and lead recruiter Matt Guerrieri agreed, and he said the county boasts some of the best programs in the country when it comes to talent.

“Those programs (in Cobb County) speak for themselves,” Guerrieri said. “For us at Duke, to invest time in that county is fantastic because you’re investing in a place that is going to have a great return for you. I think you get really well-rounded individuals from the standpoint of high character, really good students, and really good football players.”

In order for programs to constantly receive a good return, a lot must be asked of its recruits. Speaking with several ACC coaches, one demand was constant — players must check all the boxes.

Unlike other Power Five schools, for most ACC schools recruits must also meet the academic criteria that comes with attending one of the conferences programs. The coaches said that’s why Cobb County players have flocked to, and prospered, in the ACC in recent years.

“We already know (the county) has unbelievable football. We know we’re going to get a kid that’s been coached hard, developed, and will grow into a system,” Pat Suddes, current general manager and recruiting director at Georgia Tech, said. “But you’re also getting their amazing academics, phenomenal public schools, and kids that understand the rigors of academics.”

However, one of the big reasons county players have thrived is the coaching has improved dramatically.

Cobb County did not become a recruiting hotbed overnight. It has been cultivated from years of institutional and cultural change that largely stemmed from the influx of coaches, starting with former Lassiter coach Chip Lindsey, who is now the head coach at Troy University, along with former county coaches Kyle Hockman (McEachern), Phil Ironside (Hillgrove), and the current roster which includes Gary Varner (Allatoona), Shane Queen (North Cobb), Mitch Jordan (Mount Paran Christian) among others, along with Richard Morgan and Matt Dickmann who led Marietta and Harrison, respectively, to state championships last season.

To this, Suddes thinks Cobb’s coaches are among the best in the country, calling them, “The highest of the high.” And Guerrieri said that as the level of coaching and the number of successful players out of Cobb County increases, so too will the level of trust ultra-successful Power Five schools have in the area.

West said Georgia Tech’s success relied heavily on successfully recruiting the area, and that over the years the Yellow Jackets level of success was raised as a result of the increased talent in the county.

The opinion among coaches seems to be unanimous. As the ACC continues to compete at the highest level, they will continue to recruit the regions that do the same which is why it is taking note of that in Cobb County.

Cobb in Division I: Cobb players getting national attention

With 193 players playing Division I football, Cobb County has a safeguard of talent being utilized every year. Even so, there are several key …

There’s no way to conceal the amount of football talent in the city of Kennesaw.