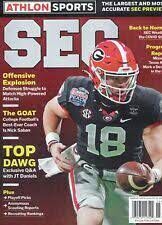 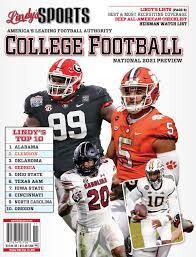 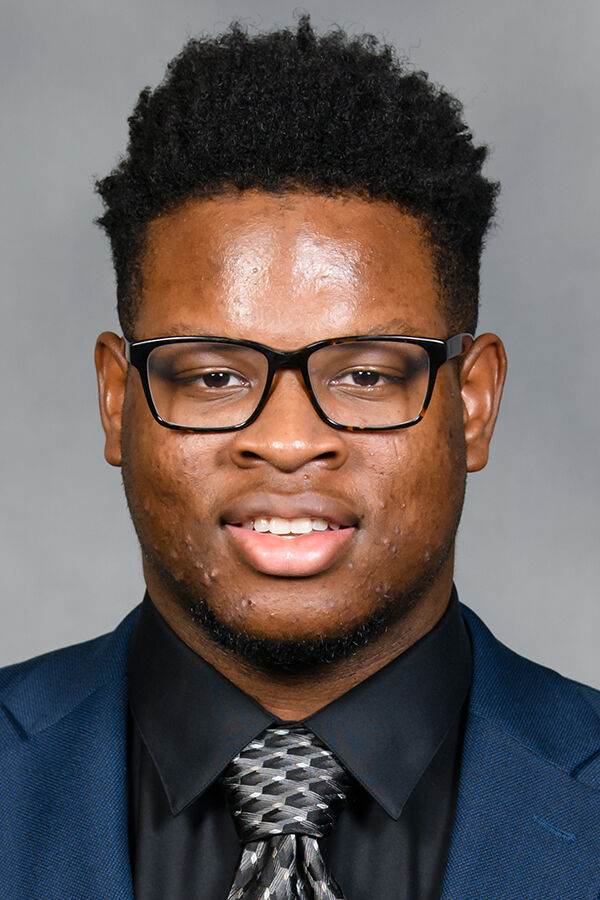 This is the first article of a week-long series.

Clemson’s Myles Murphy has generated the most buzz of the Cobb products, as Athlon named the the former Hillgrove High School defensive end a preseason second-team All-American. A Football Writers Association Freshman All-American, he used his 6-foot-5, 275-pound frame to wreak havoc at the line of scrimmage, racking up four sacks and nine tackles for loss.

“Grown men Bryan Breese and Myles Murphy are only sophomores? None of this seems fair… but Clemson isn’t here to be fair. It’s here to try to recreate the fire-breathing defensive line that cleared passage to the 2018 national title,” Lindy’s said, tabbing Murphy as the No. 12 defensive end in college football.

B.J. Ojulari, a former edge rusher at Marietta, is another lineman who should have a big impact. The 6-3, 218-pound LSU edge rusher showed playmaking ability in his freshman year, ending the 2020 season with four sacks, a forced fumble and a fumble recovery. Athlon named Ojulari to their fourth team preseason All-SEC list, though they projected he will be a rotational player this season.

Christian Albright, who has made 98 tackles, 14 sacks, eight forced fumbles and two interceptions in a four-year career at Ball State, is the only Cobb product projected to start at linebacker. However, North Cobb’s Chandler Wooten should continue to play a big role as a rotational linebacker in Auburn’s defense, as he returns after sitting out last season because of COVID-19 concerns.

“Wooten is back after opting out last season, and he should see plenty of time even if he’s not the starter,” Athlon reported.

Cobb defenses have been particularly effective in producing standout defensive backs, and it shows on the back end of college defenses. Tennessee’s Jaylen McCollough (Hillgrove), and Florida’s Rashad Torrence (Marietta), will be back at safety, while former McEachern defensive back T.J. Smith will slot in at nickleback for Kansas State, according to Lindy’s.

Former McEachern quarterback Bailey Hockman may be the only Cobb quarterback prospect to start in the FBS. Hockman is Lindy’s projected starter at Middle Tennessee State after stops at Florida State and North Carolina State to begin his college career. He transfers into the the Blue Raiders program after leading the Wolfpack to an 8-4 record and a spot in the Gator Bowl.

However, there are two quarterback competitions to keep an eye on. Harrison Bailey is Athlon’s favorite to win the starting quarterback job in Josh Heupel’s offense at Tennessee. Bailey earned playing time in five games under Jeremy Pruitt in his first season out of Marietta. Gavin Hall, who led Harrison to its first state championship in 2019, after replacing Justin Fields, is in the running for the starting job at Toledo now that Eli Peters is gone.

Though Trey Sermon will no longer dominate in Ohio State’s backfield, Cobb still has two bell cow running backs who will lead college rushing attacks. Lindy’s slated McEachern’s Quay Holmes, who has already put up 2,680 yards in three seasons, to return as East Tennessee State’s starting running back, while Marietta’s Kimani Vidal is projected to lead Troy’s backfield in 2021.

“Kimani Vidal (516 yards and four touchdowns) led the team in rushing a year ago as a freshman and he’ll combine with B.J. Smith, a quality receiver out of the backfield, to give the Trojans a nice one-two punch at tailback,” Lindy’s wrote.

Lindy’s predicted that five other Cobb prospects will fill starting skill positions in Division I FBS. E.J. Scott and C.J. Windham are likely to return to their starting wide receiver spots at Colorado State and Middle Tennessee State, respectively, while Javon Baker will look to break into the starting lineup at Alabama. All three wide receivers were once productive targets for McEachern. Reikan Donaldson, of Wheeler, is also projected to earn a starting spot wide receiver spot back in Army’s option offense. Hillgrove product Chigoziem Okonkwo will represent Cobb tight ends in FBS starting lineups when he returns to Maryland’s starting lineup after taking 2020 off for medical reasons.

“Look for more from the tight ends,” Lindy’s wrote on Maryland’s 2021 offense. “Especially with the return of 2019 starter Chig Okonkwo.”

Isaac Weaver, who has started 35 games in college since coming out of Lassiter, will return to his center spot in the middle of Old Dominion’s offensive line. Georgia State right tackle Johnathan Bass, who played at Kell, is projected to return as a starter.

Former Harrison kicker Alex Raynor, who now kicks at Georgia Southern, rounds out the list of Cobb players that Lindy’s projects to start on FBS teams.

Alex Raynor (10 of 25 field goal attempts, with a long of 47 yards in 2020) is the frontrunner for kicking duties, but he’ll need to hold off incoming freshman Britton Williams in fall camp.

However, two of Cobb’s biggest names are missing from the Lindy’s list, as Marietta’s Arik Gilbert and Kell’s Bryson Armstrong have found new homes since the magazine was published. Gilbert, who was named the 2020 Gatorade Boys Athlete of the Year before snagging 35 balls for 368 yards in his first year at LSU, will switch from tight end to wide receiver to play for Georgia. Armstrong, the reigning two-time Big South Defensive Player of the Year, was named in Lindy’s magazine as All-FCS Second Team before his transfer out of Kennesaw State. After racking up 320 tackles, 18.5 sacks, six interceptions and five forced fumbles as an Owl, the graduate transfer linebacker will bring his defensive talents to the University of Central Florida to play for Gus Malzahn.

2021 Cobb in Division I players.pdf

Programs with most Cobb players.pdf

Cobb County football players have been known for their talent at the collegiate level on defense, but now there is one position on the other s…

COBB IN DIVISION I 2021: Local players finding their way to Kennesaw State

For the first time, Kennesaw State is set to have more Cobb County players on its roster than any other Division I program.

In a county that boasts 172 players on Division I college football rosters, there are bound to be some superstars.