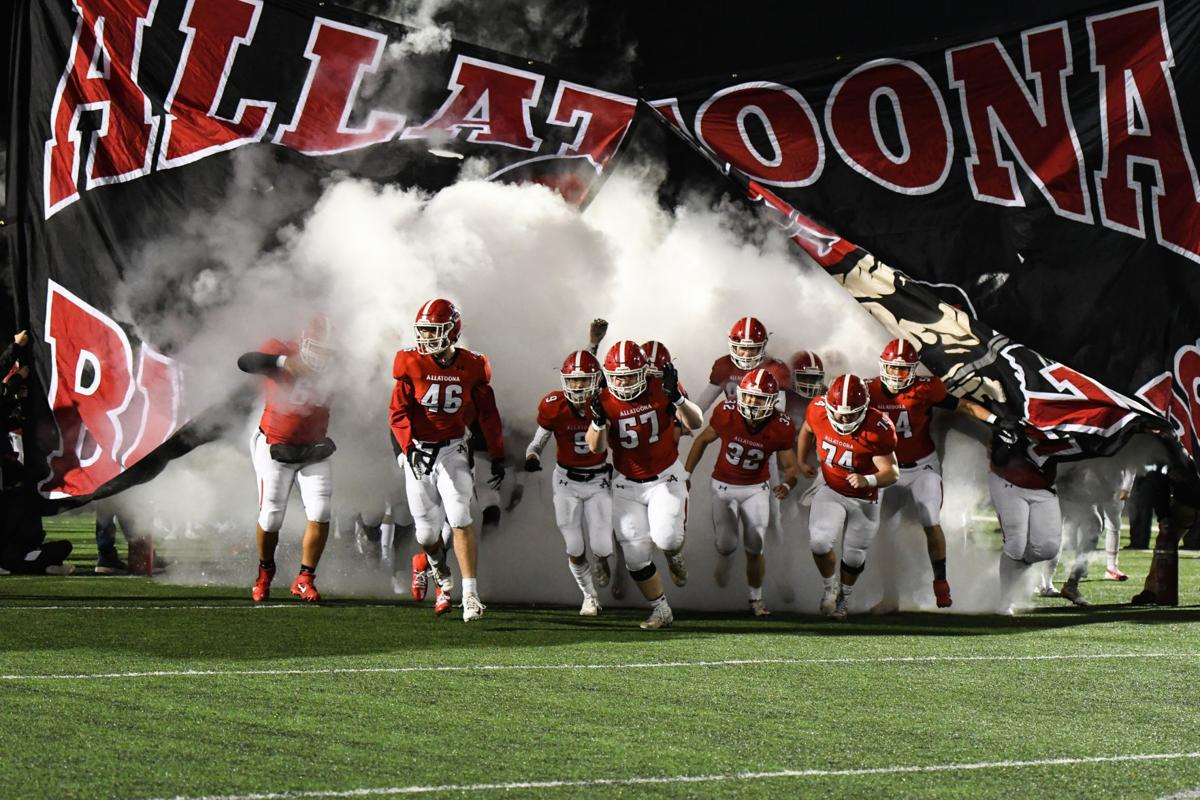 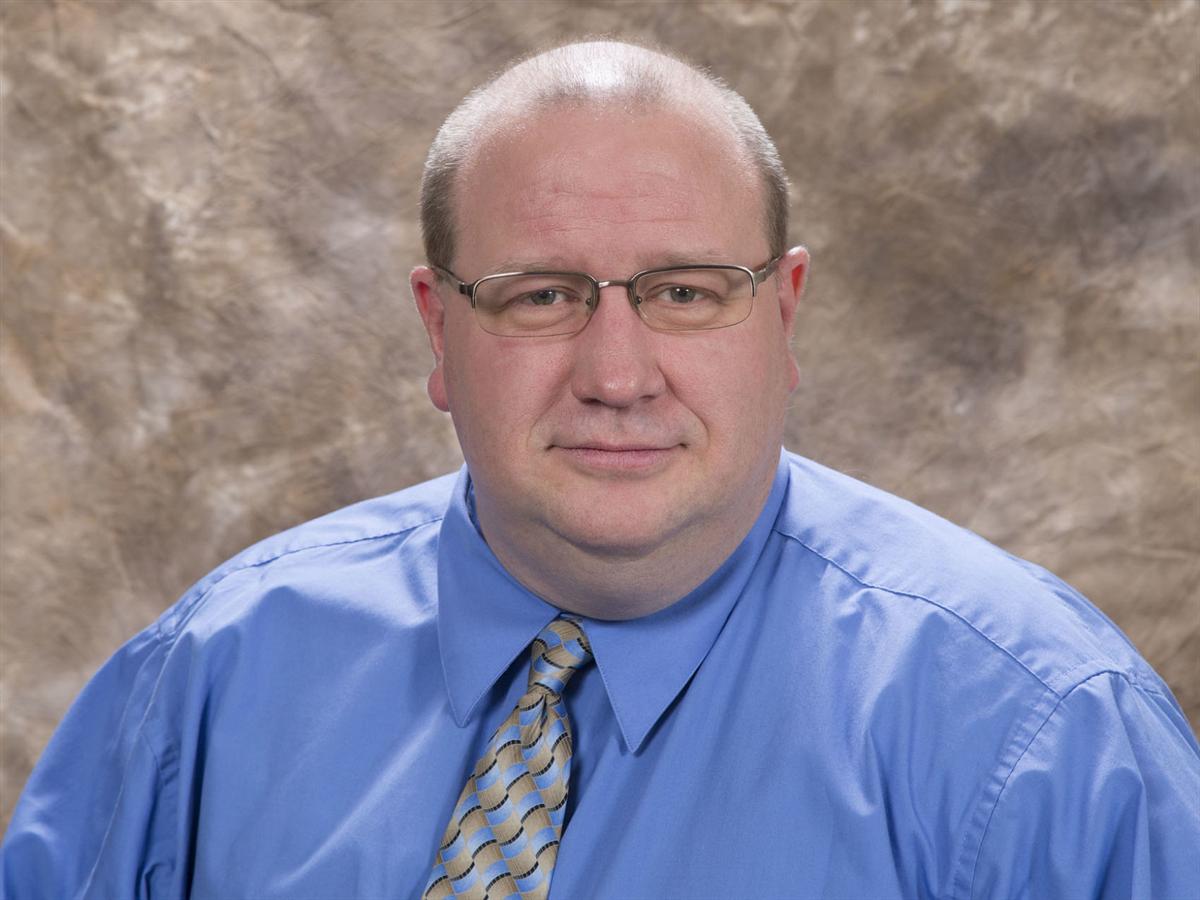 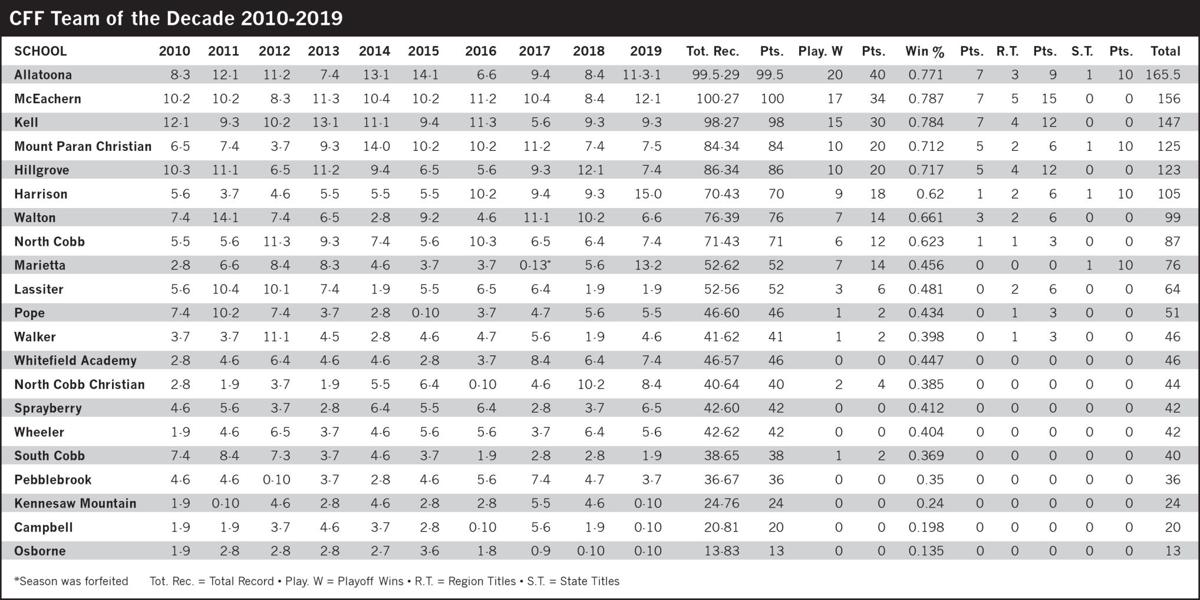 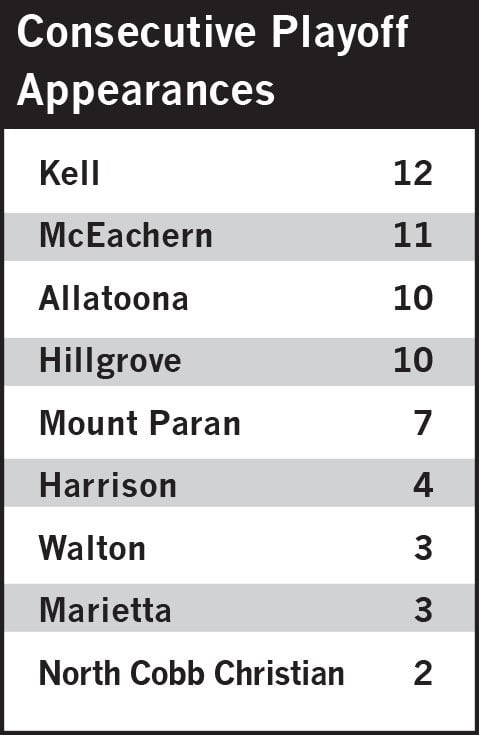 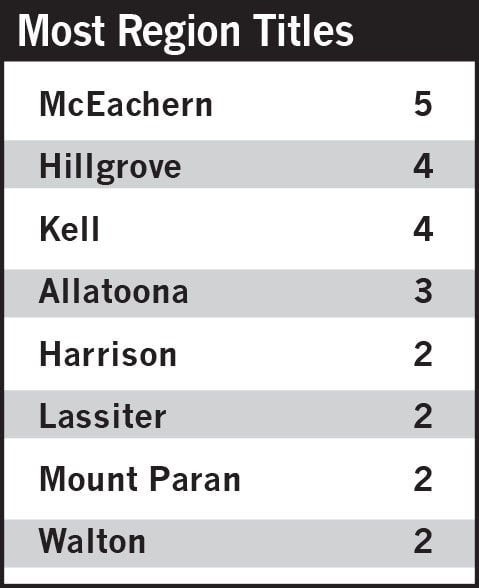 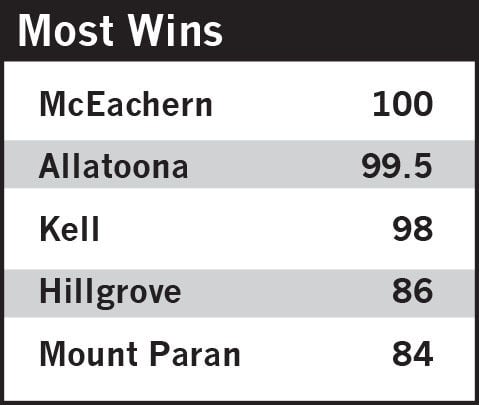 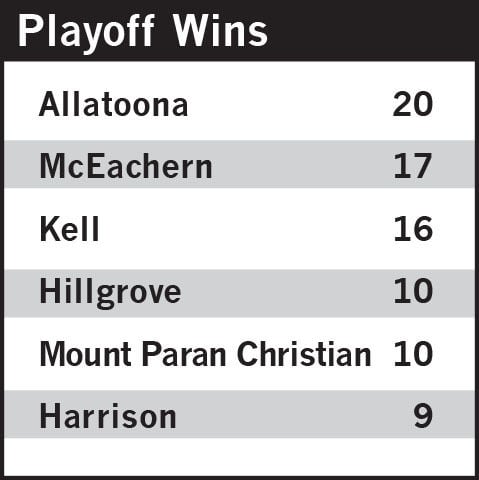 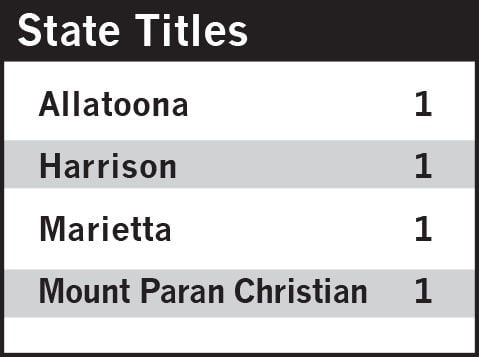 Every aspect — administration, coaches, players, the booster club and school community — has worked together to create one of the best programs going right now. And all played a key role in the Buccaneers earning the title of Cobb Football Friday Team of the Decade.

“It was a very uncertain time,” former Buccaneers’ athletic director Benji Morrell said. “No one had ever seen anything like this.”

For two months everything was in limbo as the Cobb County School District shed more than $60 million from its operating budget. During that time most of the coaches at Allatoona were being called with job opportunities elsewhere, that included the football staff — head coach Gary Varner, along with assistants Troy Peterson, David Cintron, Brett Hubinger, Barry Cox, Erik Fridborg, and Mike Dennison.

That’s when Morrell, and then principal Scott Bursmith, really found out they had something special in the coaching staff.

Despite an uncertain future, Varner and the rest of the football coaches remained steadfast in their commitment to Allatoona. Without a contract, they made sure the student-athletes did everything they needed to do to be prepared for the upcoming season.

In mid-June, the CCSD finally passed a new budget. Around 500 of 1,000 teachers were rehired. That included those who served as coaches at Allatoona. The football staff stayed intact.

Morrell had known he wanted Varner as his coach well before those two months. They worked together at Kell High School, and Morrell wanted Varner to apply when the staff was first being hired. After a process that included several quality interviews with candidates that would go on to be head coaches in Cobb County, Morrell said he and Bursmith agreed it was Varner who shared their vision of how to build a program.

They also got a little advice from outside the county.

Coach Mickey Conn had built the Rams program from the ground up when Grayson High School opened in 2000. He offered a blueprint for Allatoona to follow.

“It was a group effort,” Morrell said. “But we followed their lead. We were not going the route of taking out loans.”

Many people don’t realize that when a new school opens in Cobb County the district prepares the land for athletic facilities, but the construction of stadiums is done by the school and the program boosters.

Phase one was completed with a $350,000 donation from Cobb EMC. That money was used to help the band buy uniforms, for the construction of what is now the visitor’s side of Cobb EMC/Buccaneer Stadium, and for many other projects in and around the school.

The rest of the money came through fundraising.

“The parents sold our community on the vision,” Morrell said. “The vision became a reality.”

The home side of the stadium was constructed and completed in time to kick off the 2012 season. The cost of the remainder of the project — press box, home stands, and concession areas — came in right at $500,000.

“It was all parent raised,” Morrell said. “We didn’t pay one single dollar of interest. It’s probably the most proud accomplishment we’ve been a part of.”

All the hard work paid off. Buccaneer Stadium is one of the best places in the county to watch a high school football game. The team has responded by providing the home fans with a state championship, a state runner-up, a third trip to the semifinals and six trips to the quarters.

None of it could have happened without the help of everyone involved, and it’s allowed Allatoona to not only be the team of the decade, but the overall program of the decade as well.

CFF Team of the Decade: Continuity a key to success

When looking at the top five teams that top the Cobb Football Friday Team of the Decade list, the continuity among the coaching staffs really …

Methodology: How did we determine the CFF Team of the Decade?