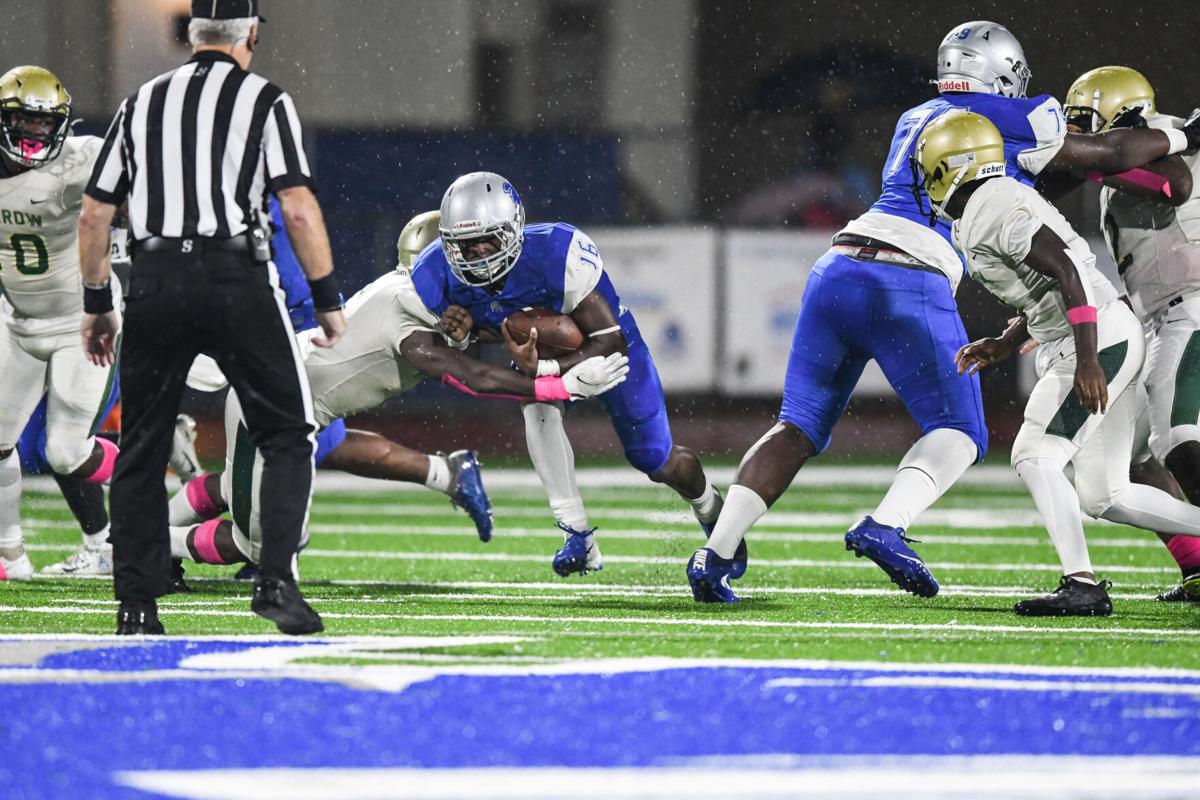 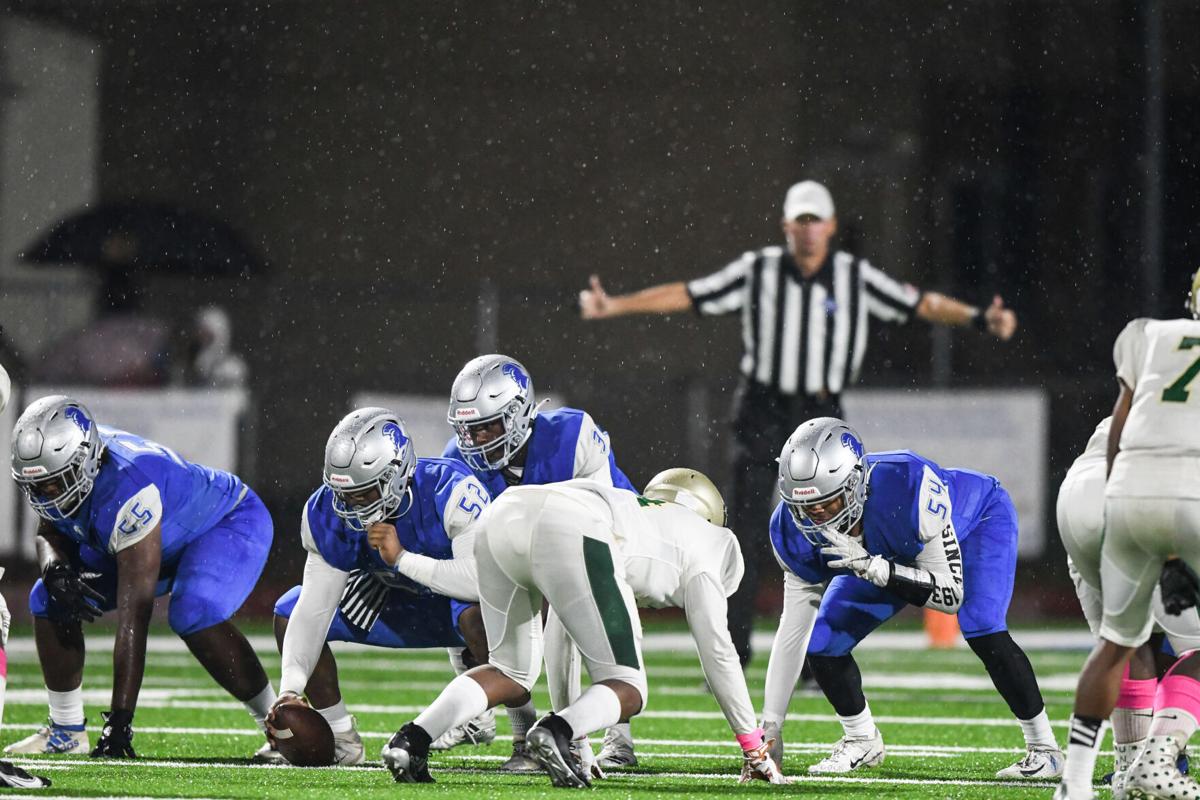 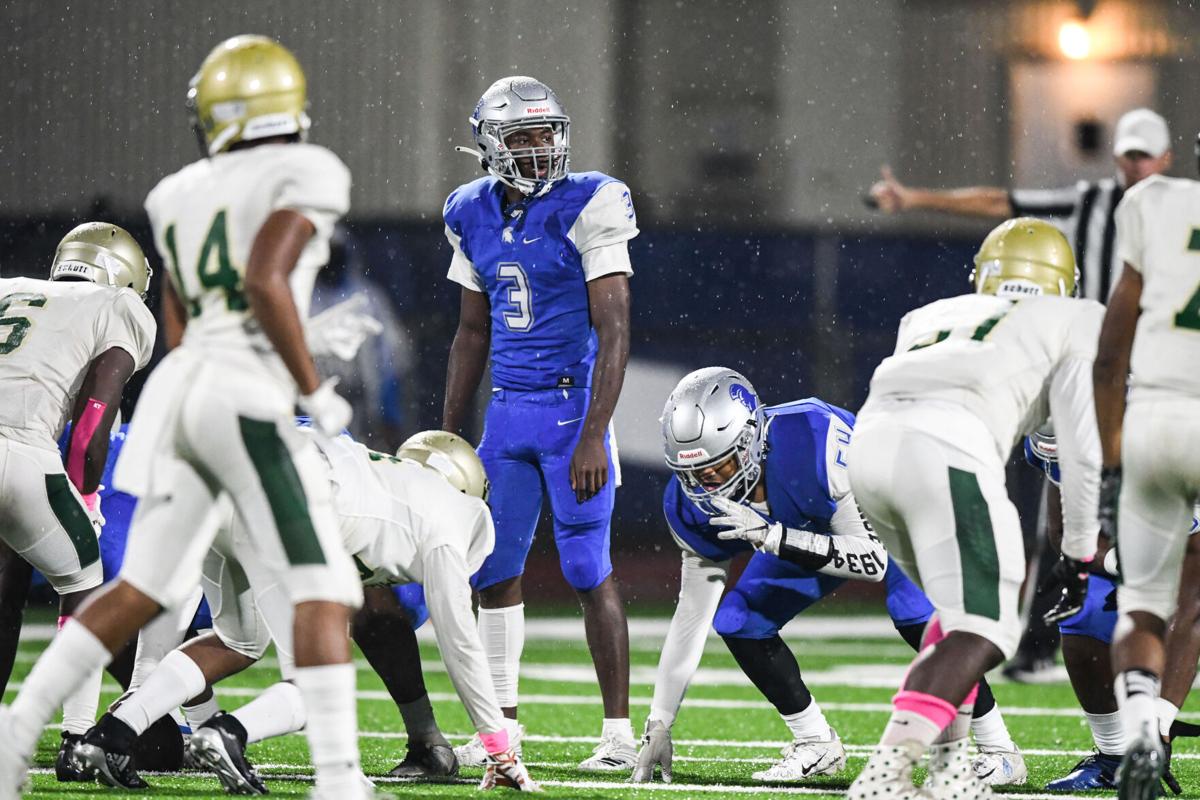 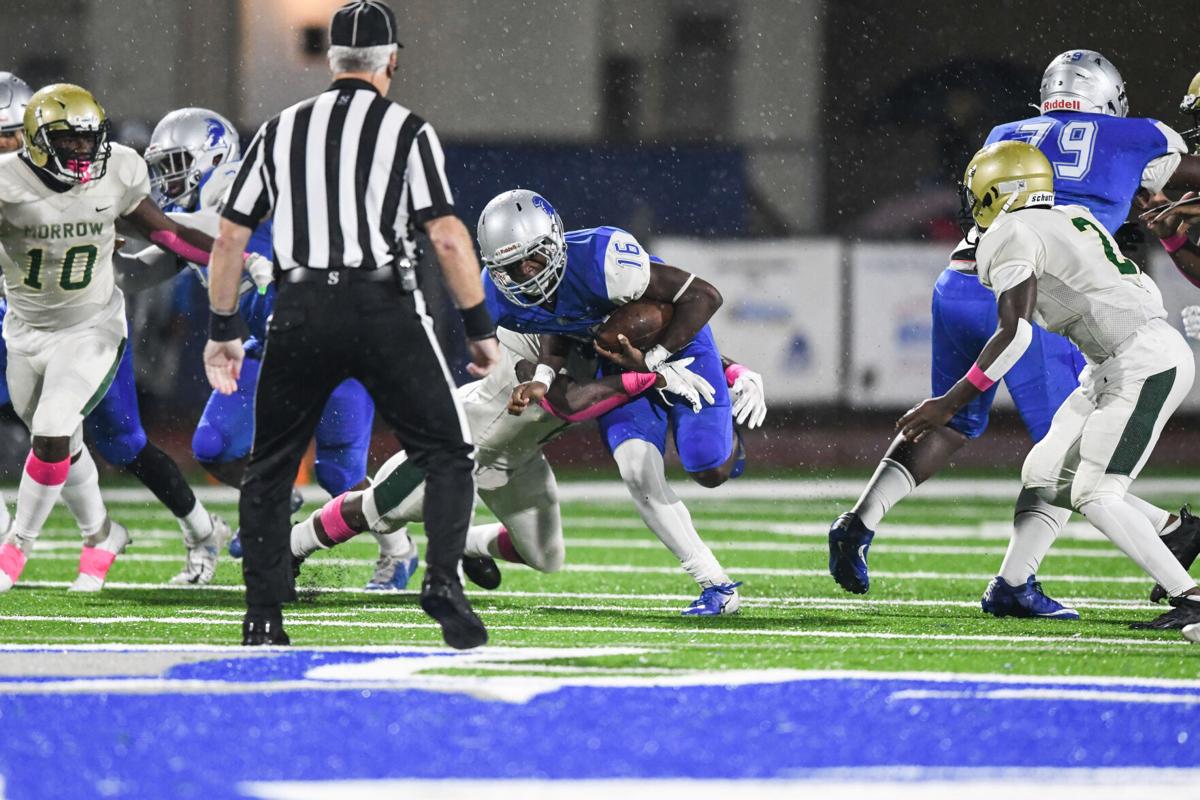 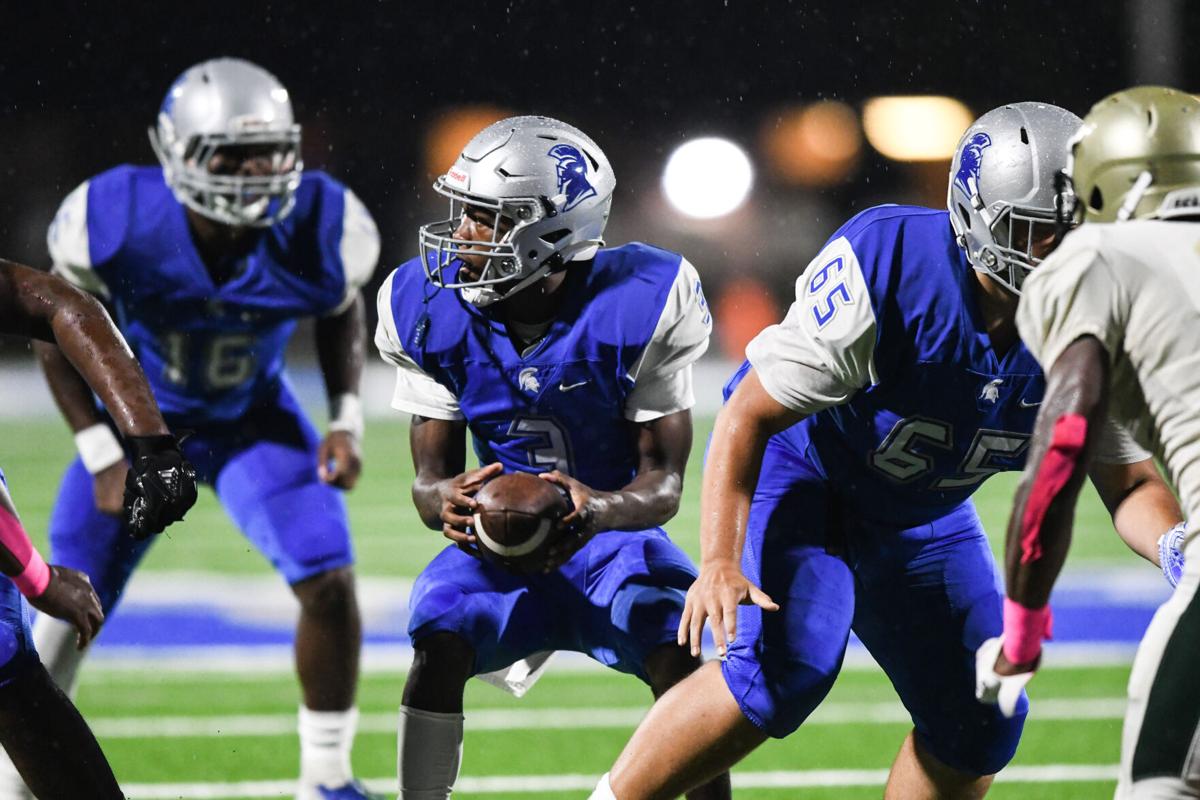 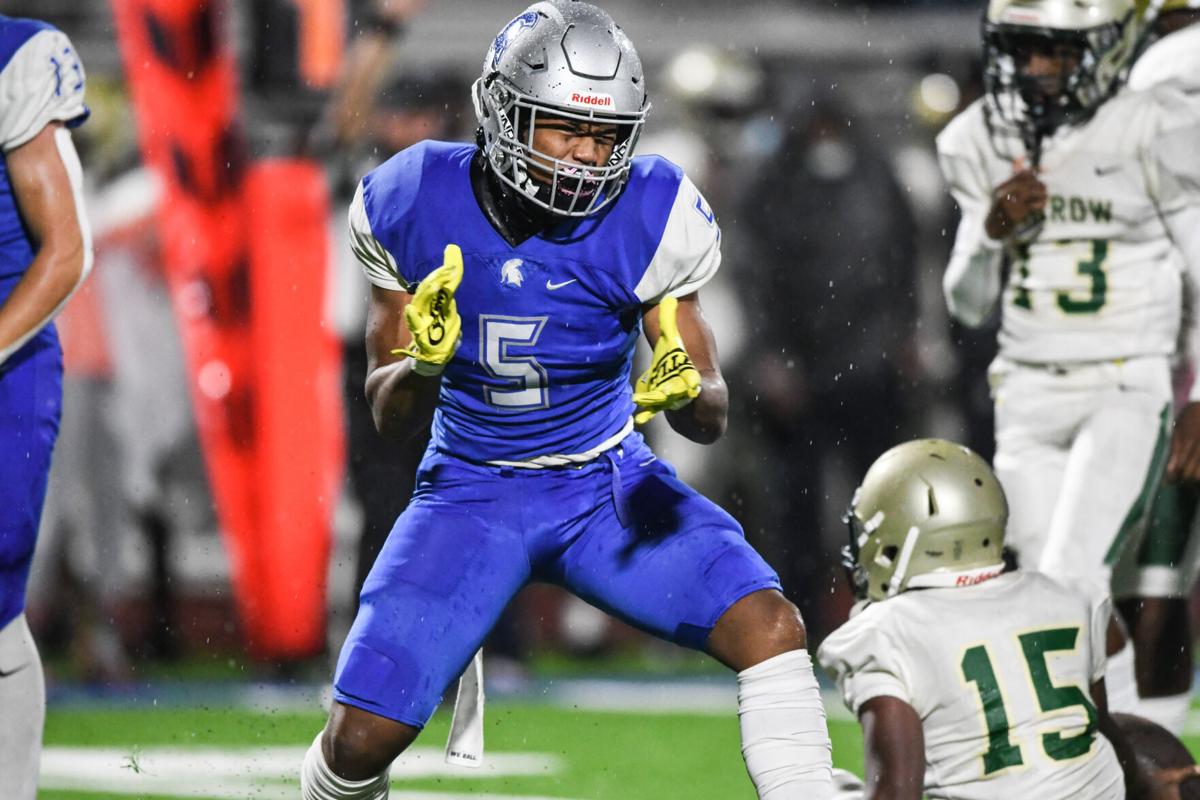 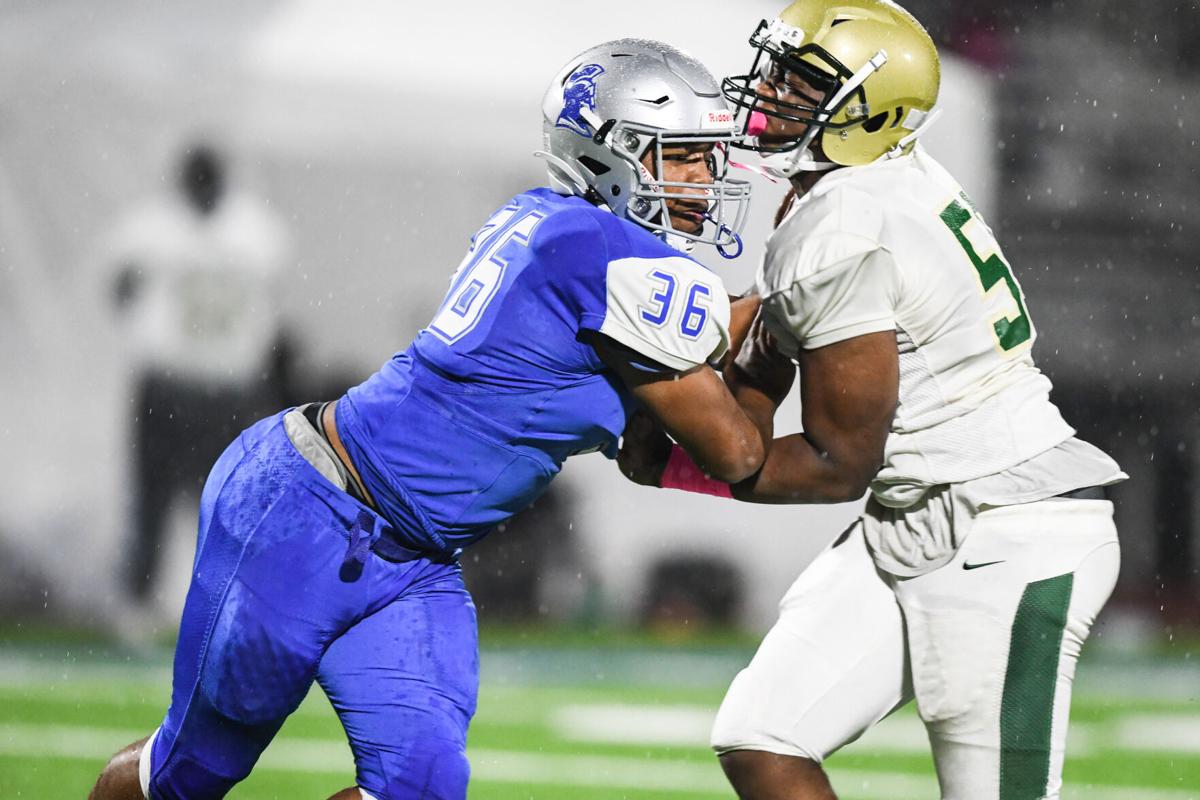 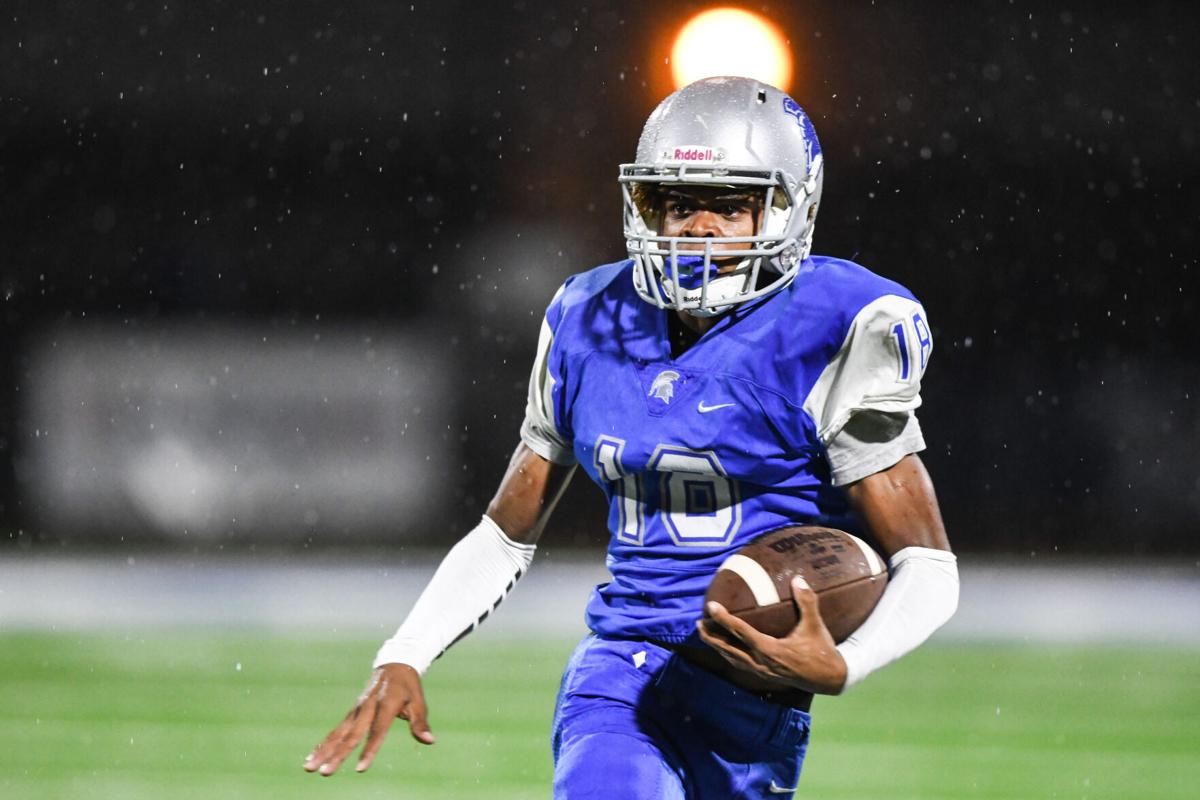 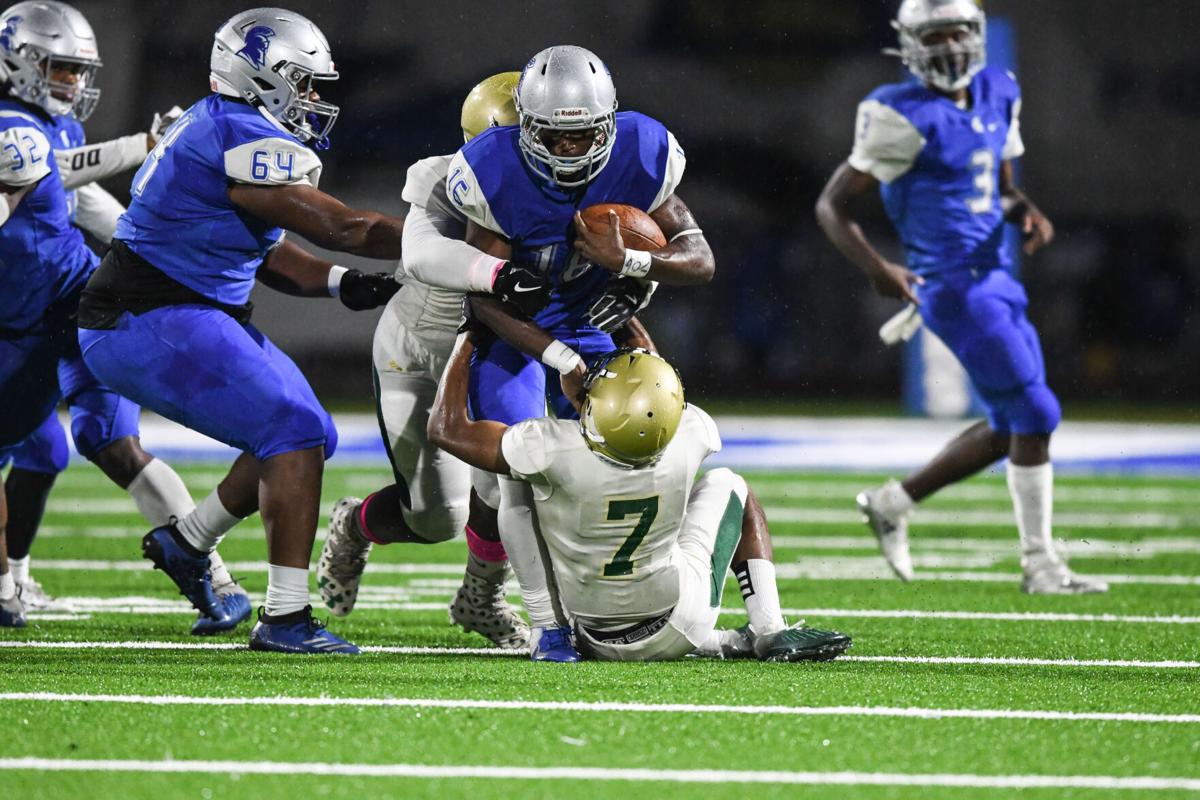 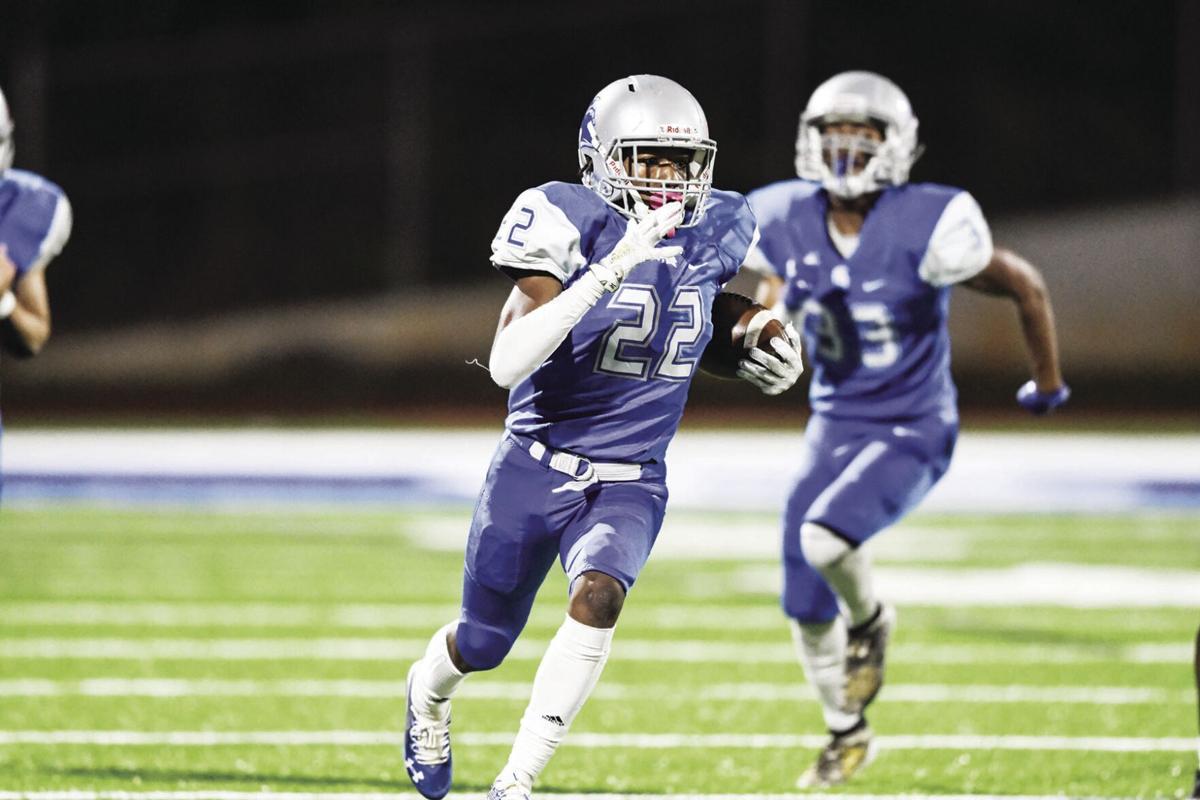 Justus Breston and the Campbell defense will try to get things back on track Friday when they host Morrow at Richard McDaniel Stadium.

Justus Breston and the Campbell defense will try to get things back on track Friday when they host Morrow at Richard McDaniel Stadium.

SMYRNA — In a game where seemingly everything that could go wrong did, Campbell looked like a team dampened by compounded circumstances midway through the fourth quarter.

However, by the time the game ended, players were jumping in jubilation back to the locker room.

For the fans patient enough to wait out the pouring rain and the showers of penalties and fumbles, Campbell finally found the clear in unison with the weather when Emon Padgett raced for a 92-yard go-ahead touchdown run, and another late score helped Campbell to a 17-6 win over Morrow on Friday night at Richard McDaniel Stadium.

Padgett’s untouched scamper, in which he split five defenders with favorable angles, was a sigh of relief for a Spartans team that was not only coming off two blowout losses in a row, but could not get anything going early on Friday.

Campbell (2-4) was sacked four times, lost two fumbles and had a 32-yard loss after a slippery snap bounced along the turf in the second quarter. The only points at halftime were from a 38-yard field goal from Dzenan Cerimagic, and Morrow took a 6-3 lead on a short touchdown pass on fourth down in the third quarter.

Padgett had a 70-yard reception called back due to a blindside block in the third — a moment of frustration that epitomized the evening. However, his scoring run gave Campbell back the lead and momentum, and Terrance Kiel sealed the victory with a 59-yard punt return touchdown down the home sideline late in the final period.

Campbell was given a sideline warning for getting too close to the boundary during Kiel’s return, but after so much had gone wrong, everything was going right.

“Not just with football, but with life, we are trying to instill a culture here where kids no longer say they can’t do something,” Campbell coach Howie DeCristofaro said. “We are trying to build culture and feel what it’s like to win, and build off of that. Tonight wasn’t pretty, but it was a win. It’s a step for us.

“If I said I would be happy at 2-4 at this point, people would say, ‘What are you talking about?’ But with us, it’s about getting better and better, day after day. Last week against Roswell, it probably wasn’t as lopsided as it looked. In this one, it wasn’t pretty, but we kept playing for each other.”

DeCristofaro was also tasked with putting together a game plan on a short week. The game against Morrow was not scheduled until Tuesday, after Campbell’s original opponent, Peachtree Ridge, had to cancel due coronavirus protocols.

Morrow brought just 37 players to Campbell and was limited with personnel.

“I’ve had a game scheduled the day before in Florida, but that was about as short notice as you’ll get. We didn’t have the Morrow tape until Monday,” DeCristofaro said.

For the short turnaround, Campbell’s defense was up to the task, holding Morrow to just 132 yards of offense, including 49 rushing. Ten of Morrow’s rushes went for a loss.

Campbell was stagnant on offense for most of the night but finished with 277 yards — 230 on the ground, and 157 coming from Padgett on 12 carries. Jamouri Phillips added 77 yards on 14 carries, while quarterback Mark Anthony Swain was 4-of-7 in a game where the rain made passing a last resort.

Grant Fielder also had a sack for the Spartans’ defense, which managed to keep a shutout going into halftime when they stood up for a goal-line stand after Morrow snuck a fake punt down to the 1-yard line.

With no local teams facing each other this weekend, the Northside area’s top game in Week 8 may be a battle involving one of its smallest schools.