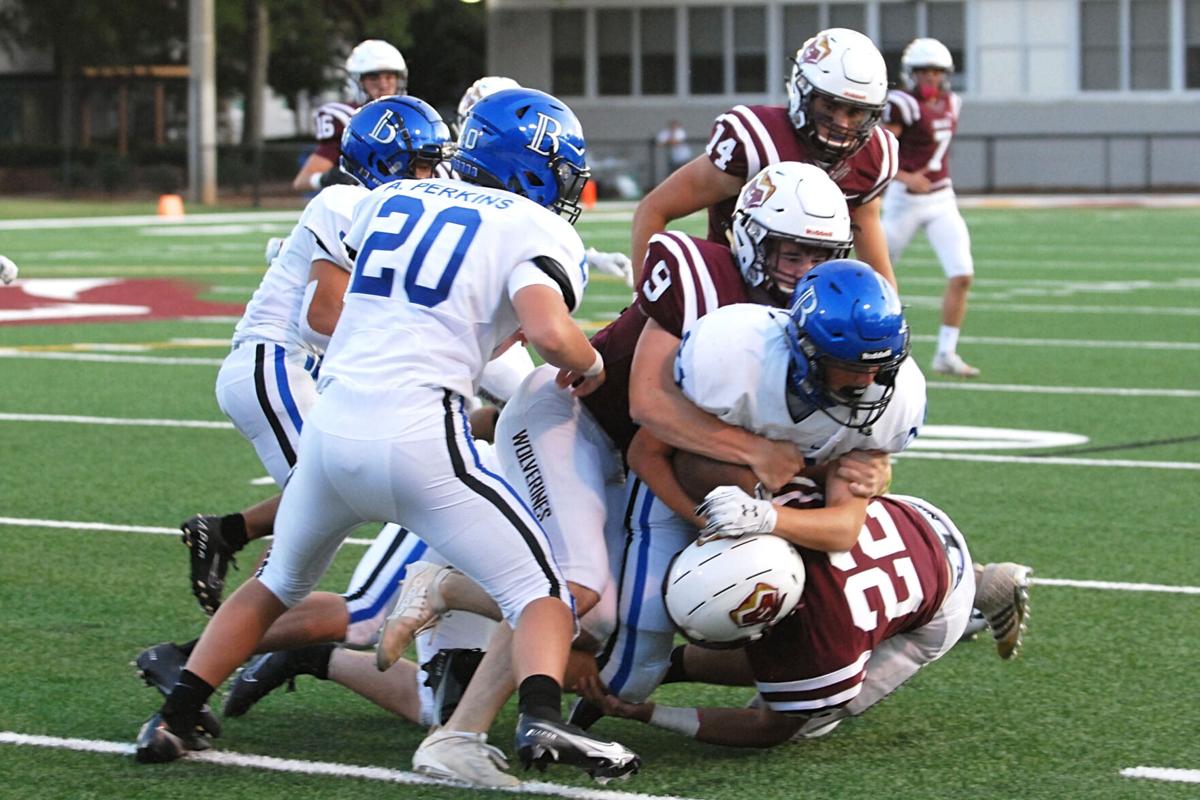 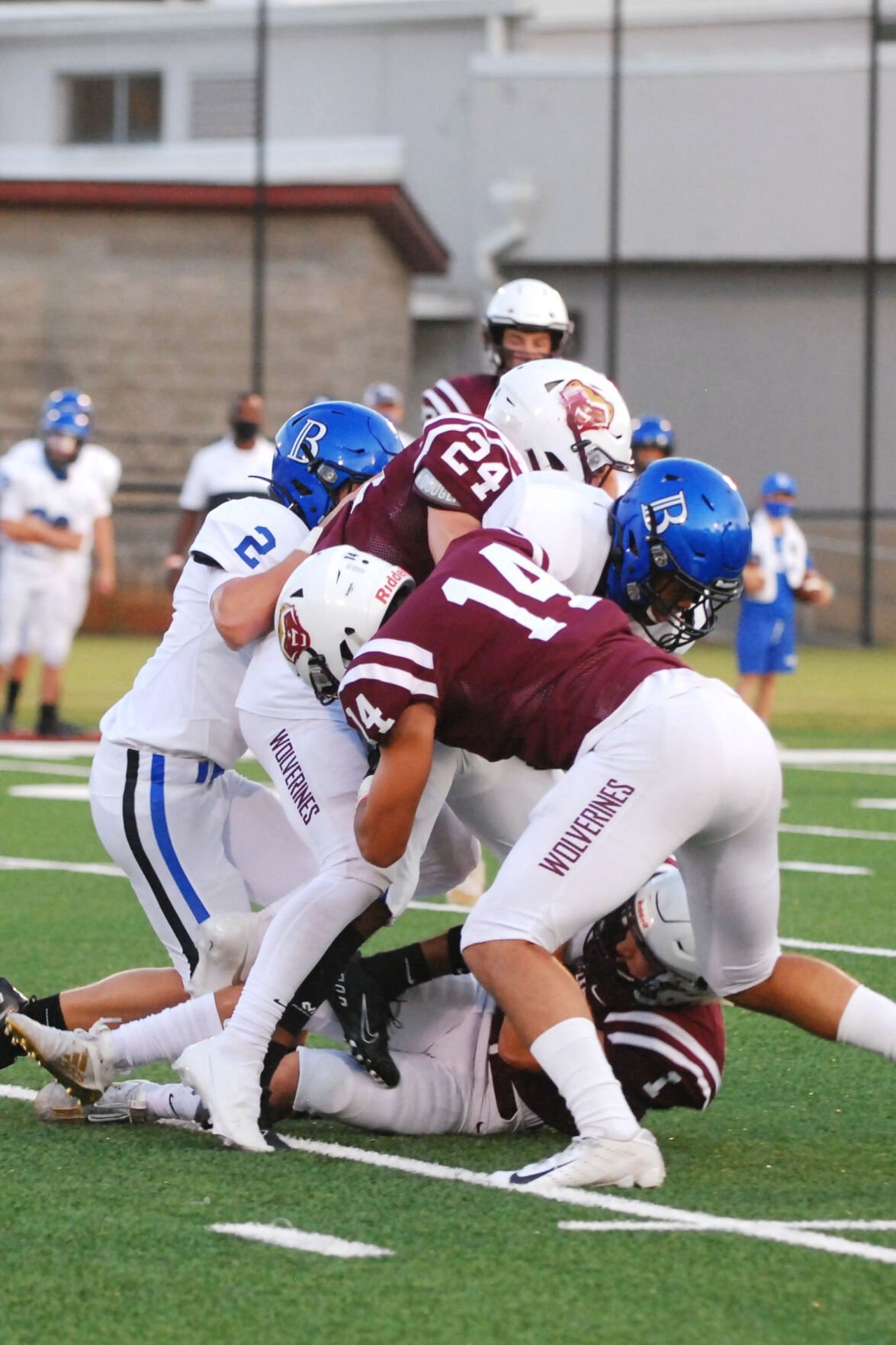 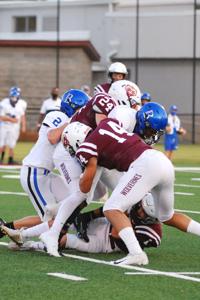 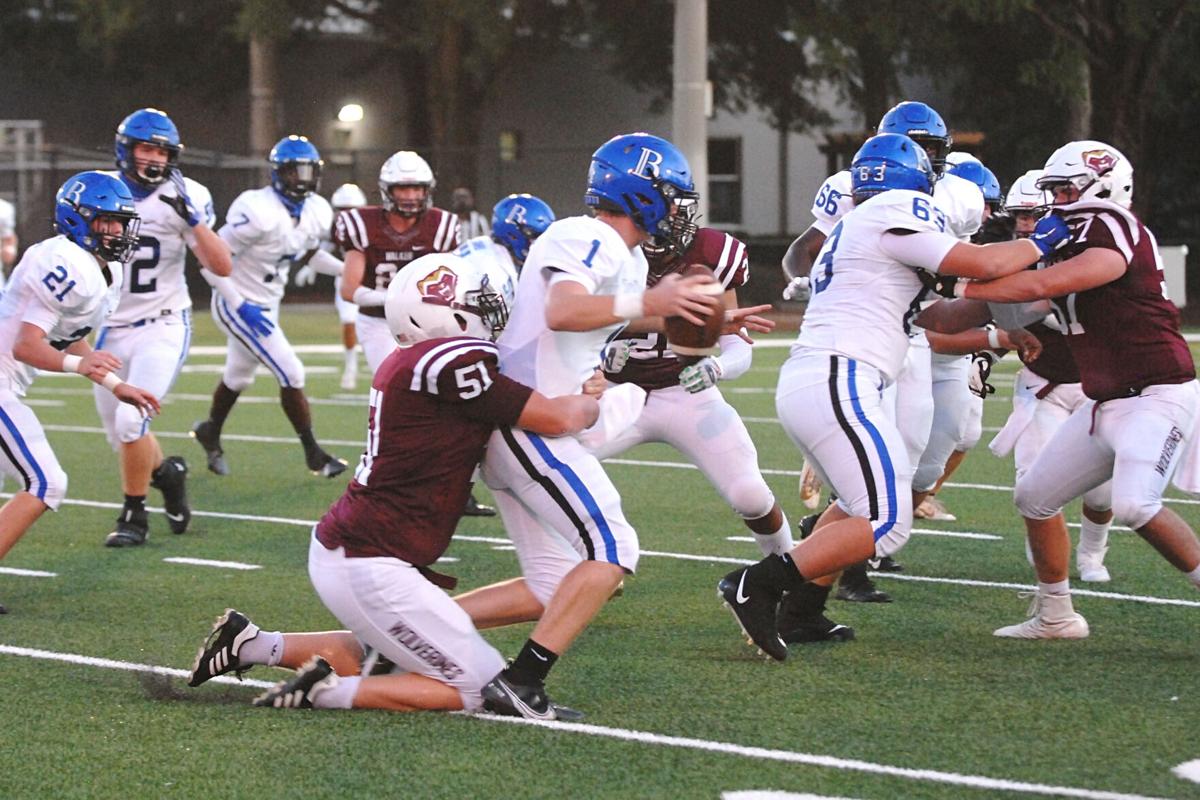 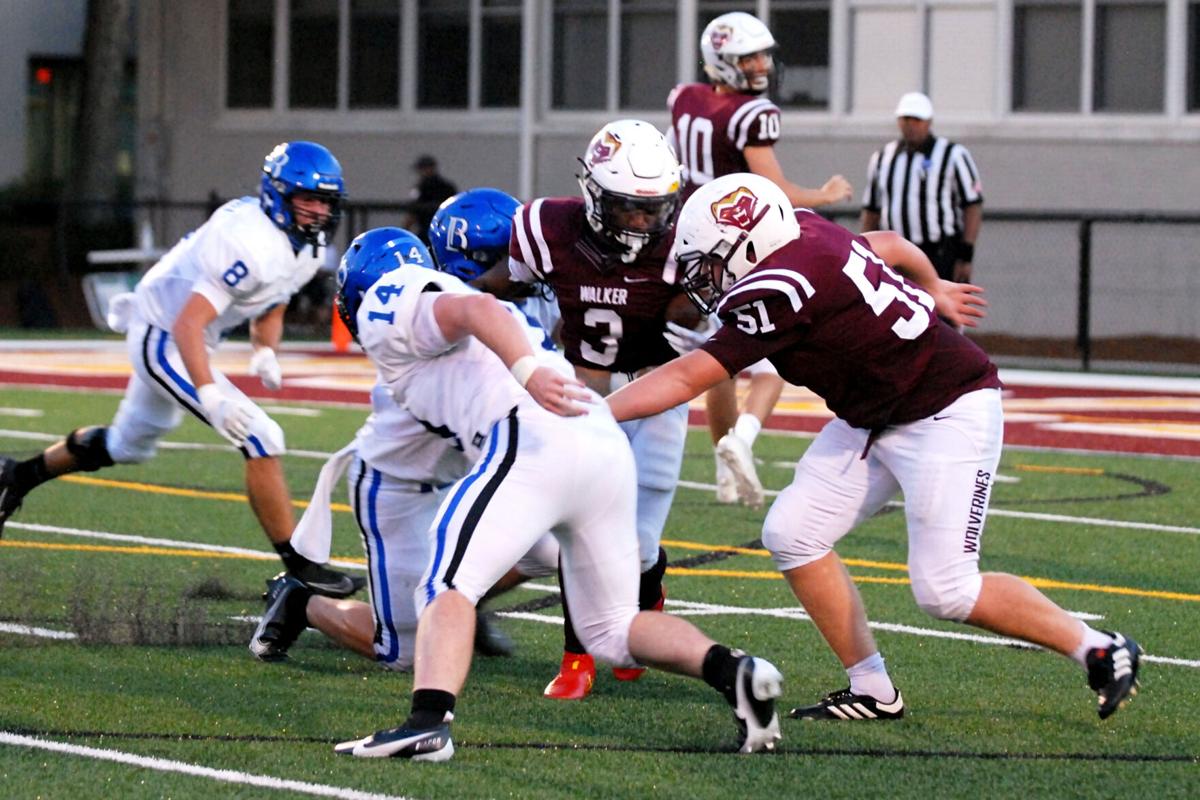 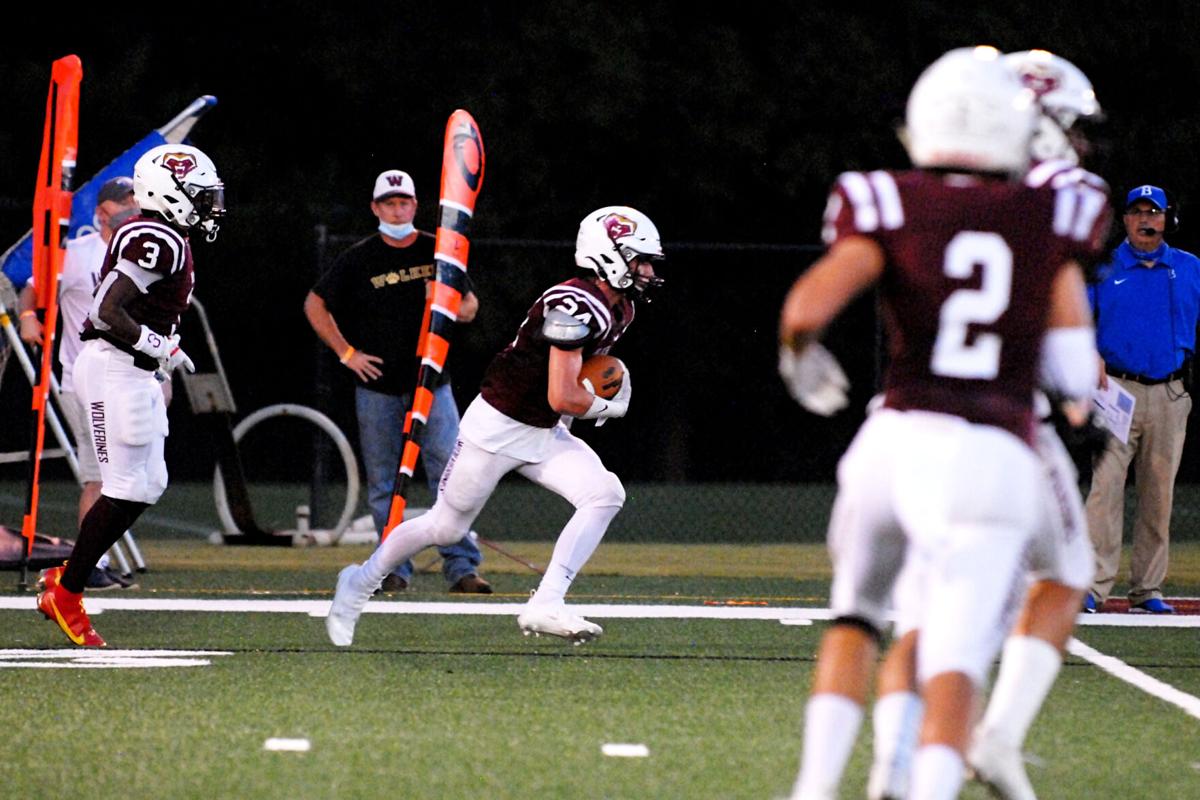 Walker's Jackson Kraal (24) begins his run on the punt return during Friday night's game against Brookstone. PHOTO BY LAURA MOON. 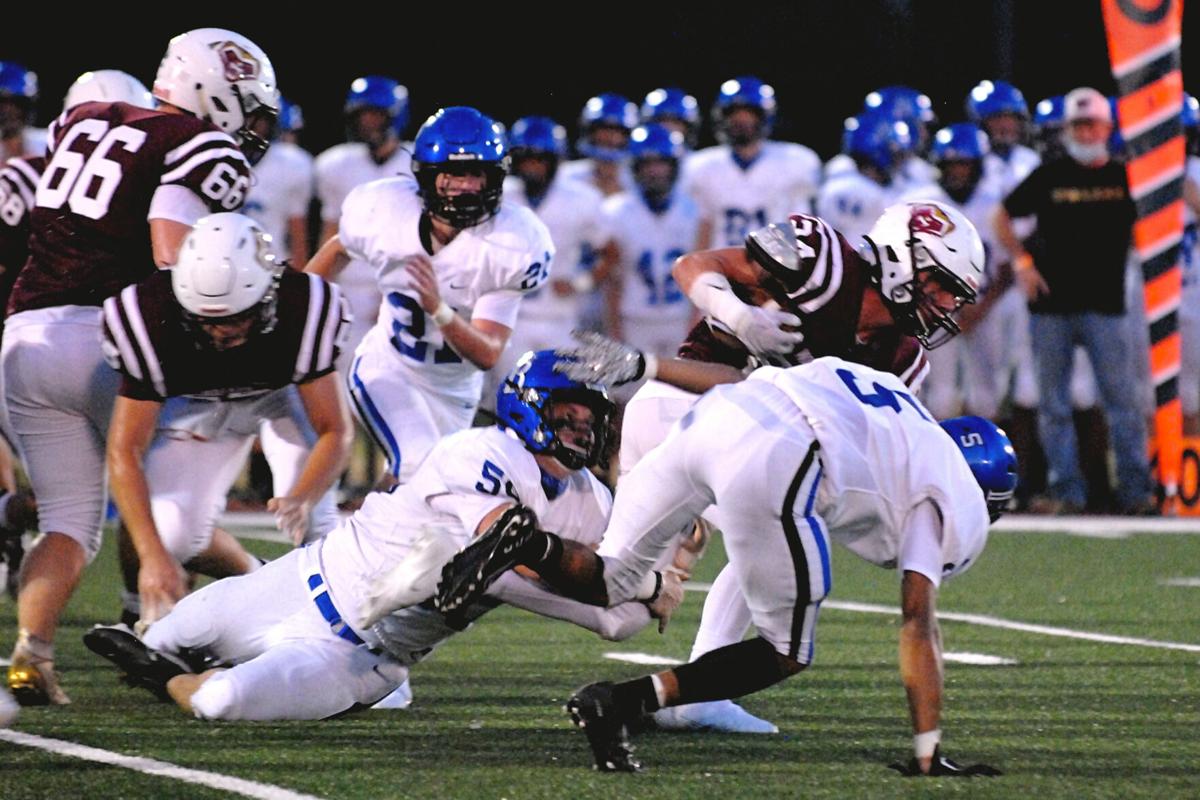 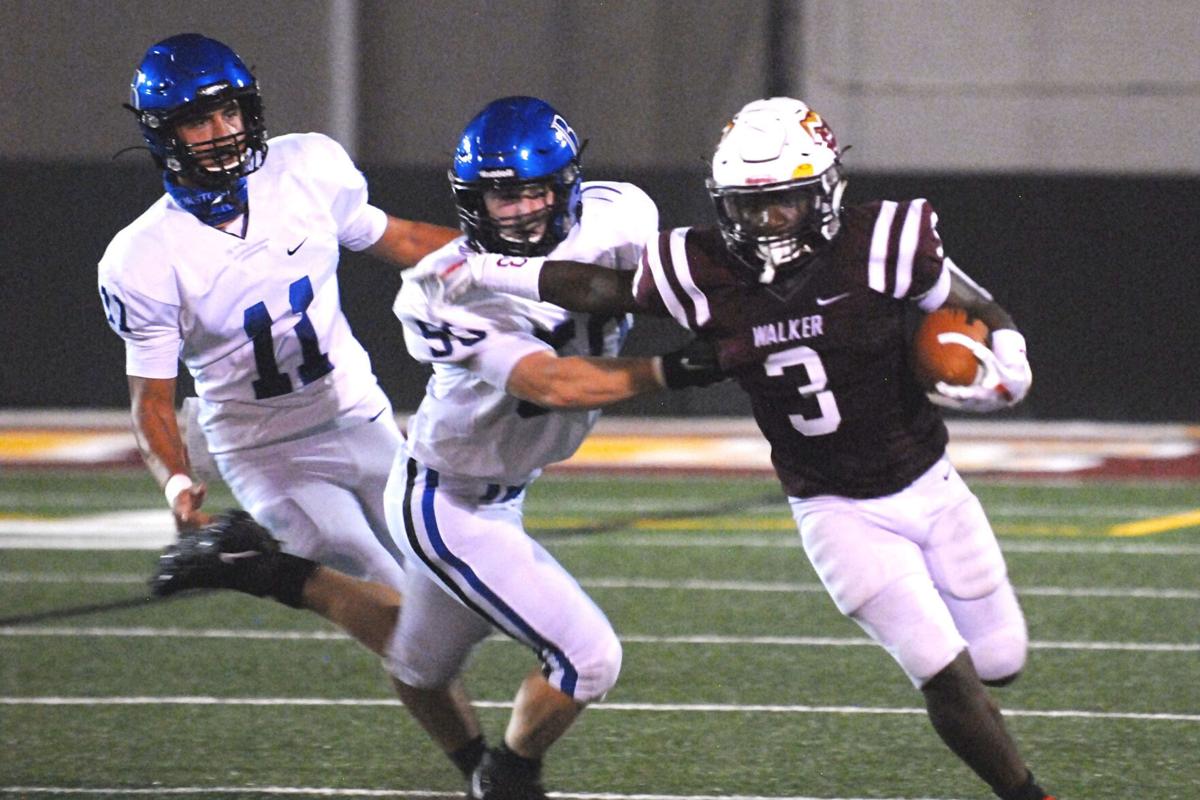 Walker's Keon Smart (3) stiff arms Brookstone as he picks up yards for the Wolverines Friday night. PHOTO BY LAURA MOON. 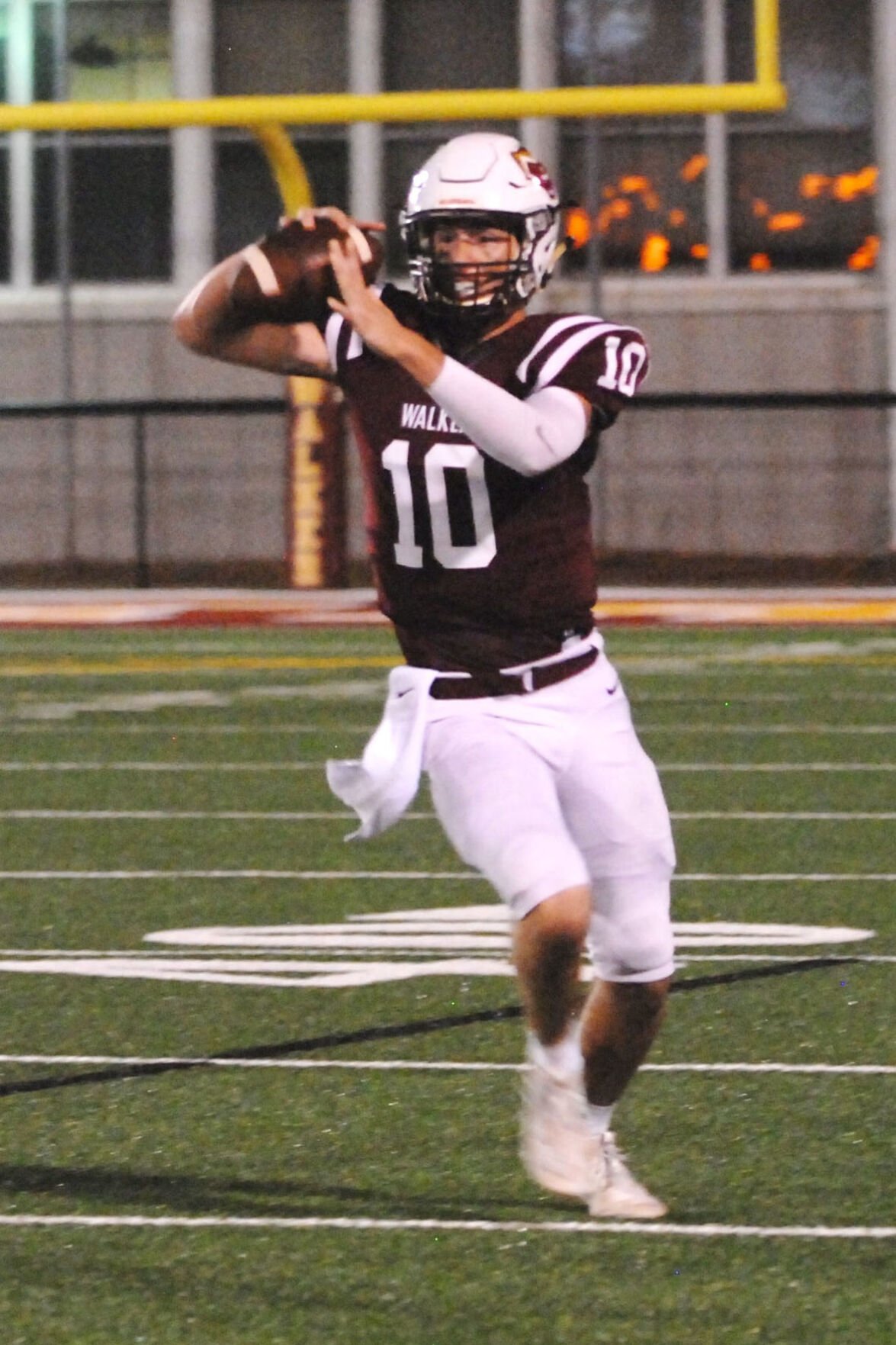 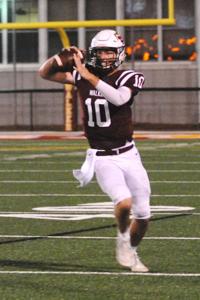 Walker quarterback Charlie Condon looks for an open teammate for the pass against Brookstone Friday night. PHOTO BY LAURA MOON. 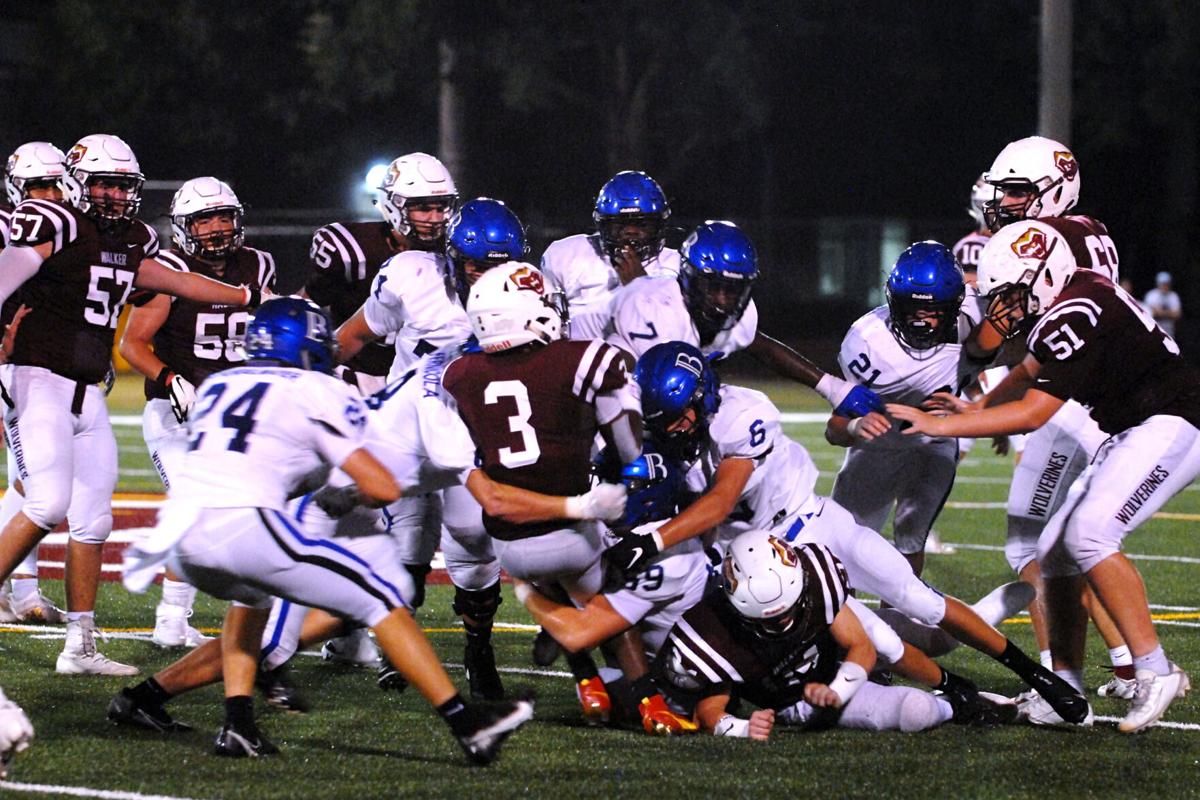 Walker's Jackson Kraal (24) begins his run on the punt return during Friday night's game against Brookstone. PHOTO BY LAURA MOON.

Walker's Keon Smart (3) stiff arms Brookstone as he picks up yards for the Wolverines Friday night. PHOTO BY LAURA MOON.

Walker quarterback Charlie Condon looks for an open teammate for the pass against Brookstone Friday night. PHOTO BY LAURA MOON.

Walker struggled trying to find an offensive rhythm, as it was held to 180 yards of total offense on the night. The Wolverines did not crack the end zone until the fourth quarter when Charlie Condon connected with Keon Smart for a 10-yard touchdown.

Condon finished the night 10-of-23 for 115 yards and the touchdown.

Smart, one of Walker’s biggest offensive weapons was held in check on Friday. He was held to 13 yards on the ground and 24 receiving yards. He played both sides of the ball and also registered two tackles.

“Keon always wants the ball,” Walker coach Michael Gunn said. “He asked if he could go out on defense, and he had a lot to do with the touchdown pass.”

Smart wasn’t the only player playing both ways, and it showed as many players began to wear down late in the game.

“A lot of the guys who are having to block on the offensive line are also on defense and the guys that are running routes are on defense,” said Gunn. “It’s tough on them and after a while they run out of juice quickly.”

Brookstone scored the first 27 points of the game. They took the lead when Sam Kilgore scored on a 34 yard run to make it 7-0.

Jack Schondelmayer followed on a 35-yard run to make it 14-0 at the half.

Kilgore added a 10-yard run in the third quarter and Lane Cannon finished the scoring in the fourth quarter with a 4-yard score.

Gunn said he was proud of his team’s effort.

“I know the score was a little bit one-sided, but our kids aren’t quitting,” he said. “We’ve played two games now and have had the opportunity to hang it up and forget about it, but our kids don’t do that, which is encouraging.”