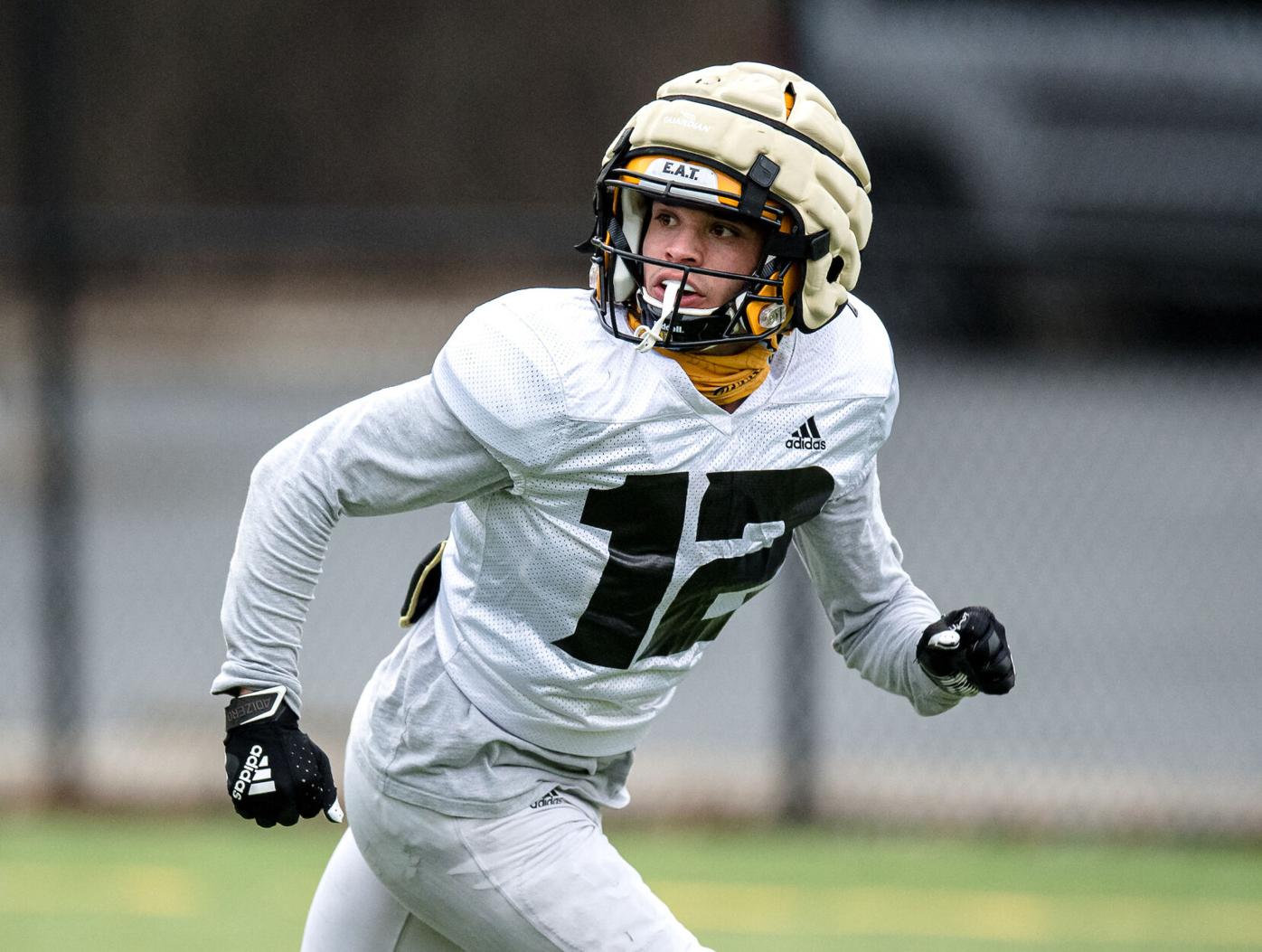 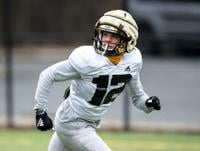 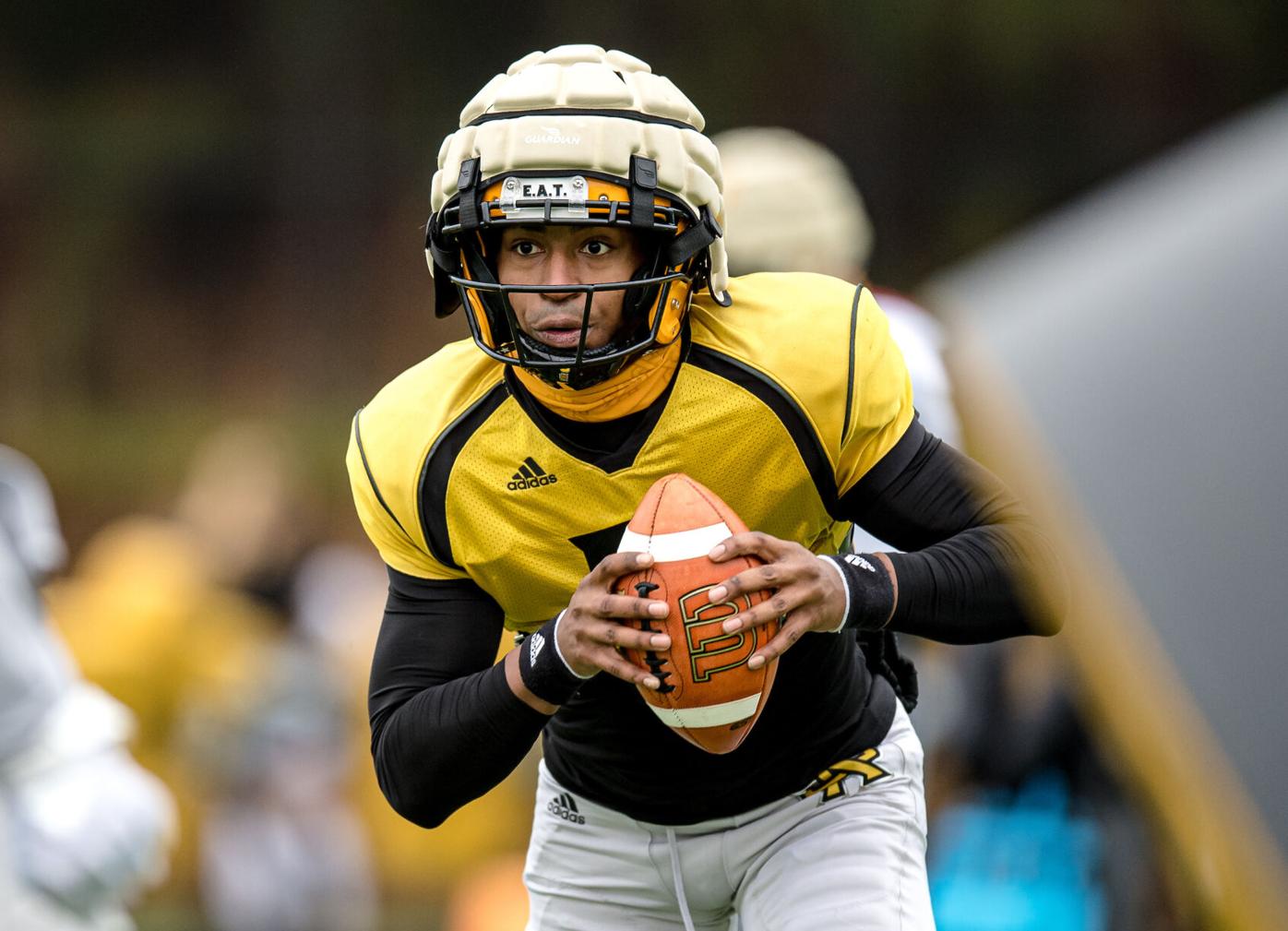 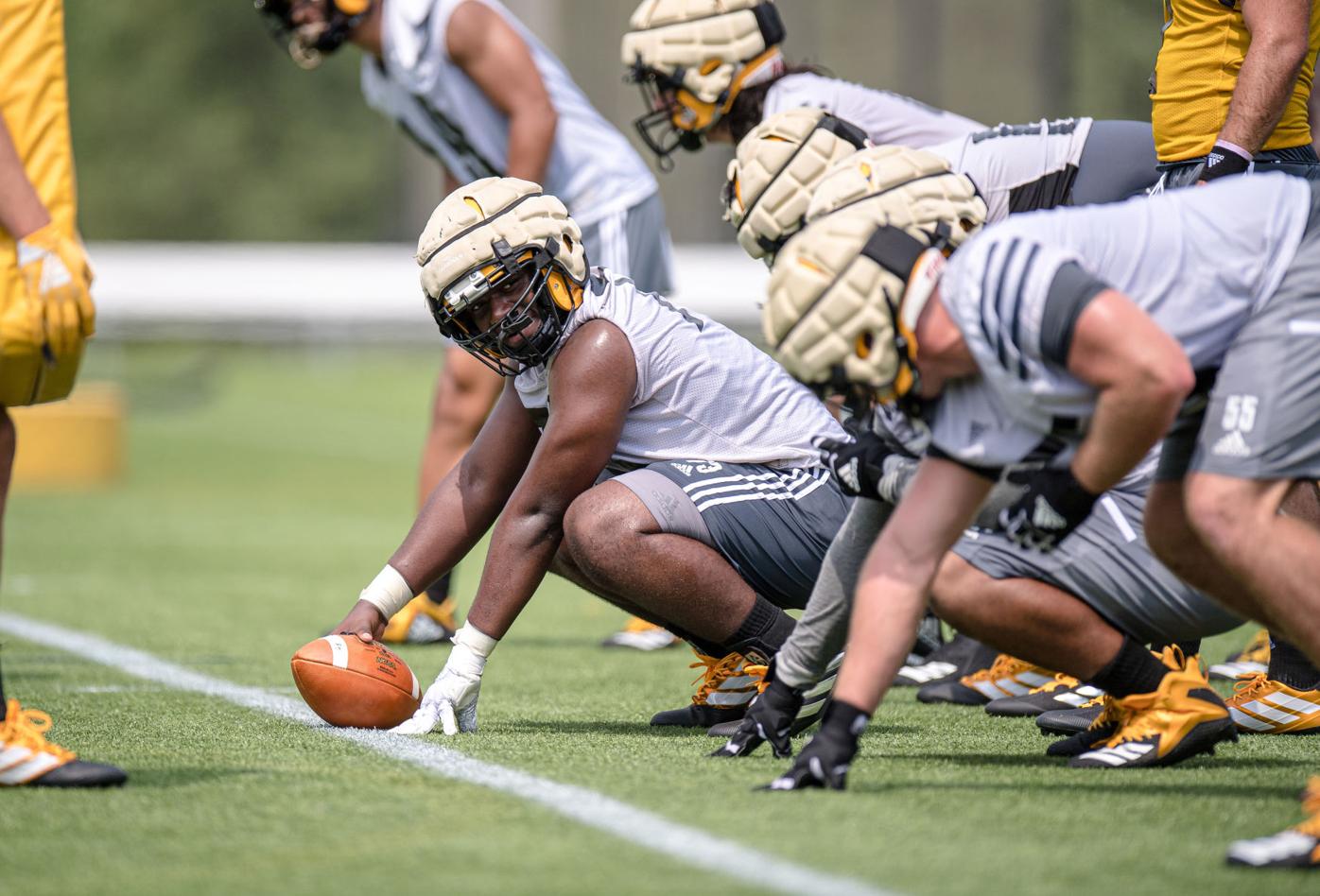 Kennesaw State center William Nana Fabu snaps the ball during an August 2019 photo. Nana Fabu is back as an anchor of the offensive line and a chief protector for the likes of quarterback Tommy Bryant and running back Issac Foster (below).

Kennesaw State center William Nana Fabu snaps the ball during an August 2019 photo. Nana Fabu is back as an anchor of the offensive line and a chief protector for the likes of quarterback Tommy Bryant and running back Issac Foster (below).

When Kennesaw State opened the 2019 football season, there were a lot of question marks on the offensive side of the ball.

The Owls were starting new players at quarterback and receiver, but the biggest challenge they had was replacing all five starters on the offensive line. The only returning player who had any significant time on the line in 2018 was William Nana Fabu, who played in eight games that season.

Nana Fabu became an anchor of the offensive line in 2019 and was joined by Jake Lassiter at left tackle, Chris Dye at left guard, Terrell Paxton at right guard and Zion Katina at right tackle. The unit stayed intact and grew throughout the season.

It opened holes for an offense that was the No. 2-ranked rushing offense in the Football Championship Subdivision, averaging 342 yards per game, and Lassiter and Dye were first-team all-Big South Conference selections for their efforts.

Now, as Kennesaw State prepares to open its 2021 spring schedule with a 1 p.m. kickoff Saturday against Shorter at Fifth Third Bank Stadium, the line that was unknown entering 2019 is back together and ready to take another big step forward and potentially lead the Owls to a Big South championship.

“You would hope (the jump in improvement) would be huge,” Owls coach Brian Bohannon said. “I’m expecting big things from that group. They’ll set the tone for what we do offensively.”

While the line will be expected to open holes for an experienced group of runners, some of them may not have to be very big. Kennesaw State boasts plenty of speed in the backfield, including quarterback Tommy Bryant and running backs Shaquil Terry and Isaac Foster.

Bryant ran for 666 yards and 16 touchdowns in 2019, and Terry added 363 yards and four scores. However, much of the attention may go to Foster.

Foster ran for 506 yards on only 34 carries and had another 519 yards on a combined 20 punt and kick returns — doing so it only eight games. He suffered an ankle injury against Presbyterian and missed the remainder of the season.

Foster’s ability to break long runs at any given moment is a main reason he was selected as the Big South’s preseason offensive player of the year.

”He is an unbelievable playmaker,” Bohannon said. “It was a big hit for us when he went out last year.”

This will be the second matchup between Kennesaw State and Shorter, the Division II program from Rome. The first matchup was an 18-10 victory for the Owls’ in the program’s third game of its inaugural 2015 season.

That result was one Bohannon made sure to mention to the team in preparation for Saturday’s matchup.

“The last time they were here, they lined up for a field goal to win the game,” Bohannon said.

A bad snap on the field goal attempt allowed former Kennesaw State defensive lineman Dez Billingslea to scoop up the ball and return it 65 yards for a touchdown. The play resulted in a win instead of a 13-12 loss.

The broadcast team of Brian Katrek, Roddy Jones and Nathan McCreary will announce the game on ESPN+. The game can also be heard through the TuneIn app, with Nolan Alexander, Barclay Miller and Brandon Joseph on the call.

Stadium capacity is limited to 2,000 fans per game this season due to coronavirus protocols. Tickets for Saturday’s game are sold out.