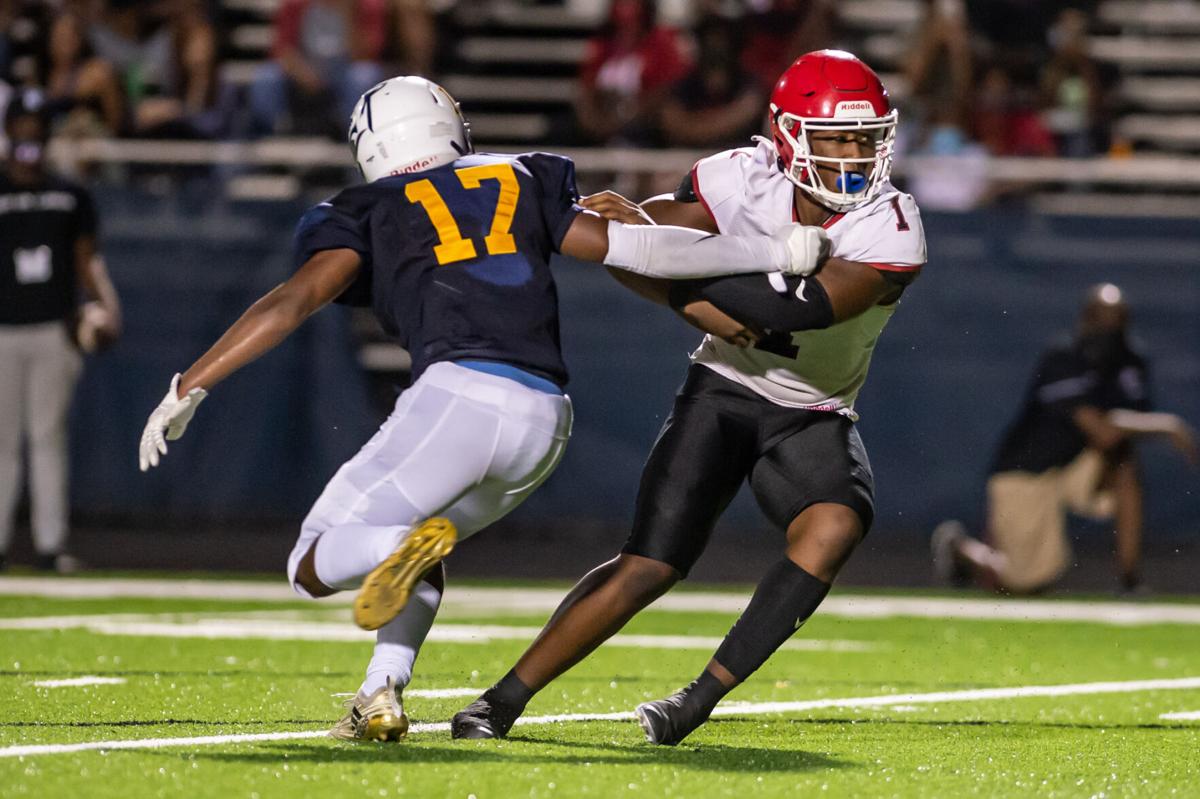 Dutchtown quarterback Arendez Fedd slips away from Wheeler’s Kayleb Simon during a game in September. Fedd was one of 11 signees Kennesaw State added as part of its early signing day. 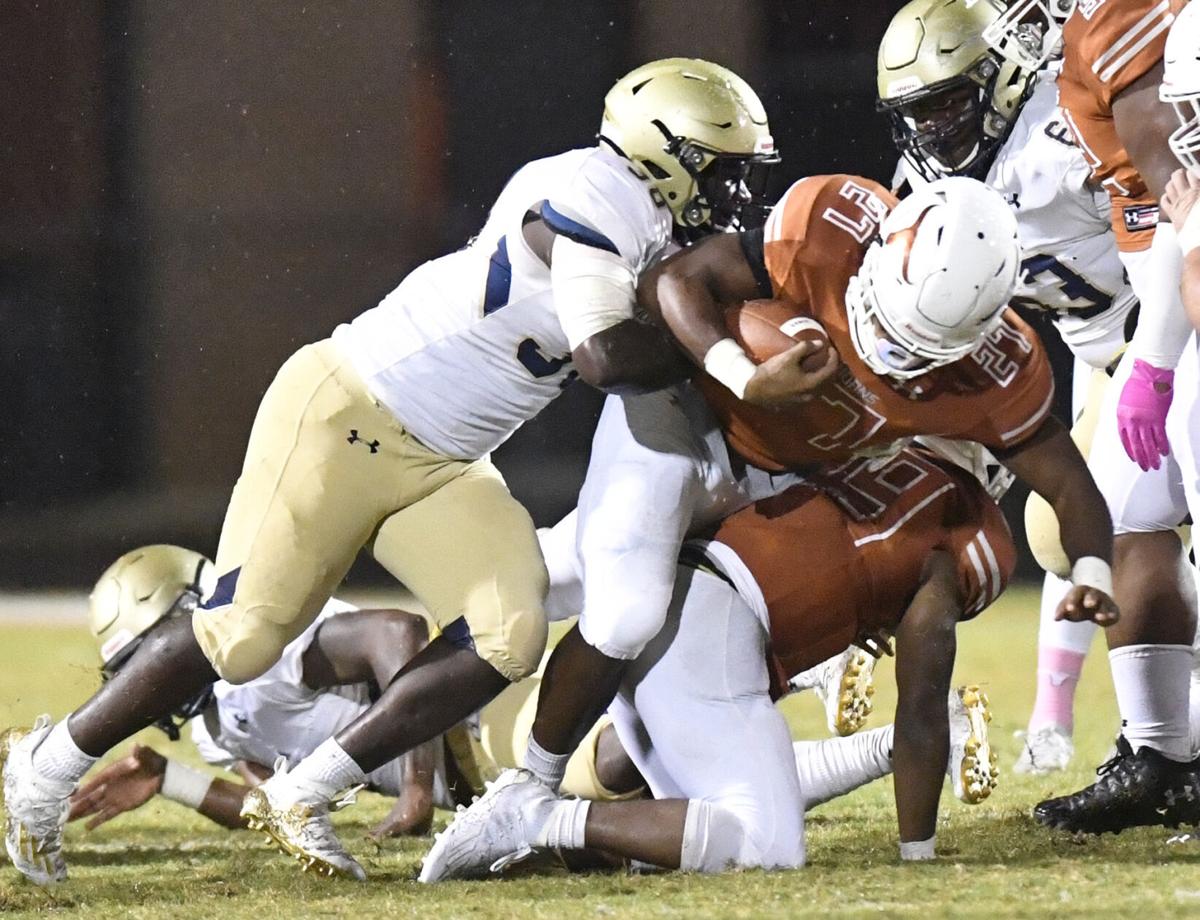 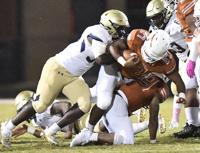 Dacula's Adam Watkins tackles Lanier's Bryan Williams in the red zone during a game this season. Watkins was one of 11 players Kennesaw State added as part of its early signing day.

Dutchtown quarterback Arendez Fedd slips away from Wheeler’s Kayleb Simon during a game in September. Fedd was one of 11 signees Kennesaw State added as part of its early signing day.

Dacula's Adam Watkins tackles Lanier's Bryan Williams in the red zone during a game this season. Watkins was one of 11 players Kennesaw State added as part of its early signing day.

The group included eight players from Georgia, two from Florida and one from a much more distant location — Australian defensive lineman Finn Hazel-Polkinghorne.

A rugby player with good speed, the 6-foot-4, 280-pound Hazel-Polkinghorne has been playing football since the age of 13, and he represented Australia at the 2018 IFAF U19 World Championship in Mexico.

Keneesaw State coach Brian Bohannon credited defensive line coach Liam Klein for finding Hazel-Polkinghorne and recruiting him to the program. Bohannon also said he knew how recruiting a player from Australia would work after his time as and assistant at Georgia Tech, when the Yellow Jackets brought in defensive lineman Adam Gotsis, a second-round NFL draft pick in 2016.

“But you turn on the tape and you can see the kid is a hard worker.”

In addition to the first player from Down Under, Kennesaw State continued to recruit players away from Football Bowl Subdivision programs, and now Power 5 programs as well.

Quandarius Smith, a 5-11, 205-pound running back from Buchholz High School in Gainesville, Florida, chose the Owls over Michigan and Kentucky. In only eight games as a senior, Smith ran for 1,050 yards on 142 carries, with six 100-yard games.

“He’s going to play 2-Back, but he can also line up in the slot,” Bohannon said.

Gabriel Benyard is a 5-10, 180-pound running back who has more than 900 rushing yards and 15 touchdowns for an Indians program set to take on Metter in the Class A public-school state semifinals Friday.

Garland Benyard is a 6-1, 190-pound linebacker who has four interceptions, nine sacks and five tackles for loss as part of a unit that allowing only 11.7 points per game.

The brothers have been part of an Irwin County program that is the defending Class A public school state champion and, with a win, would will play in its fourth straight state title game.

“Those three players are steals,” Bohannon said of Smith and the Benyard brothers. “They can play a lot of places. They can run, they can hit and they are a threat to score every time they touch the ball.”

Bohannon said the increased success in recruiting continues to feed off the success of the Kennesaw State program, but also, with the current situation with COVID-19, it gave the Owls an opportunity to recruit kids at another level.

“This year, we felt like we could go out and take a bigger step,” Bohannon said. “We said we could take a lot of negative circumstances (with the pandemic) and turn it into a positive.”

Bohannon said there will be a few more players signed when the February signing day rolls around. That group may include some transfers, in addition to high school seniors.