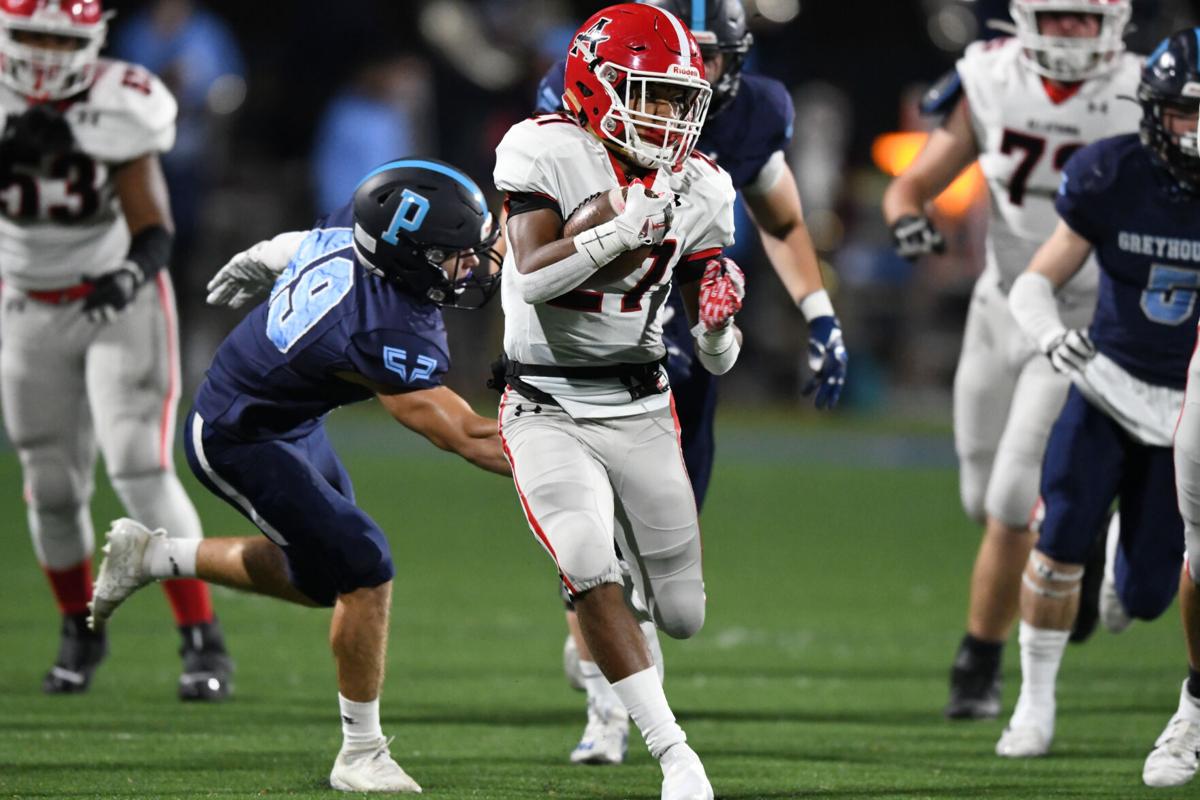 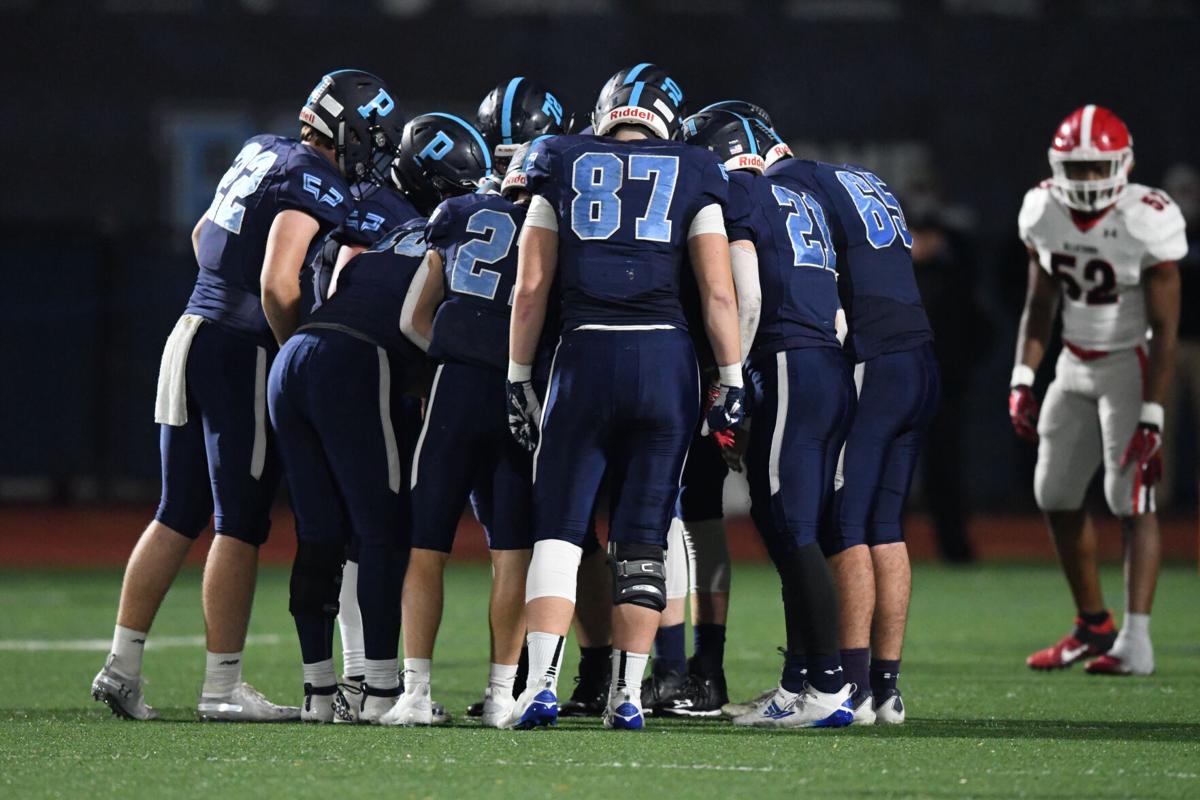 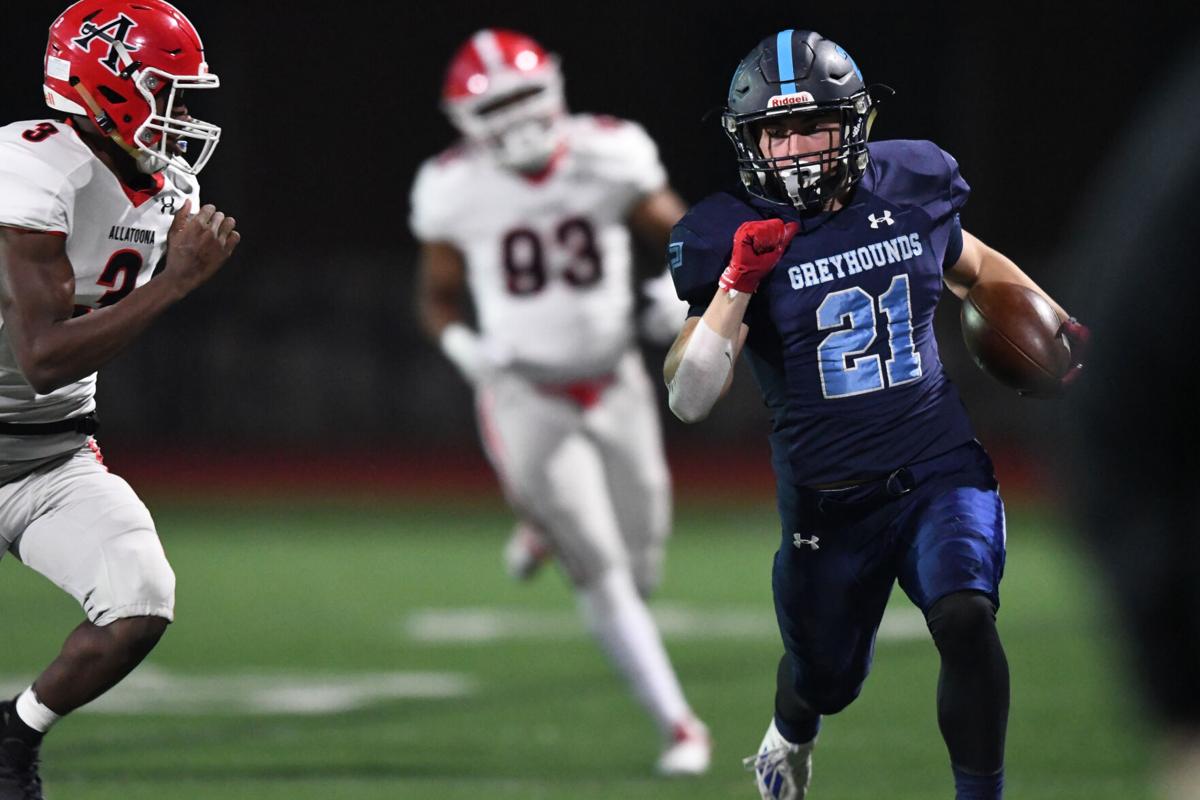 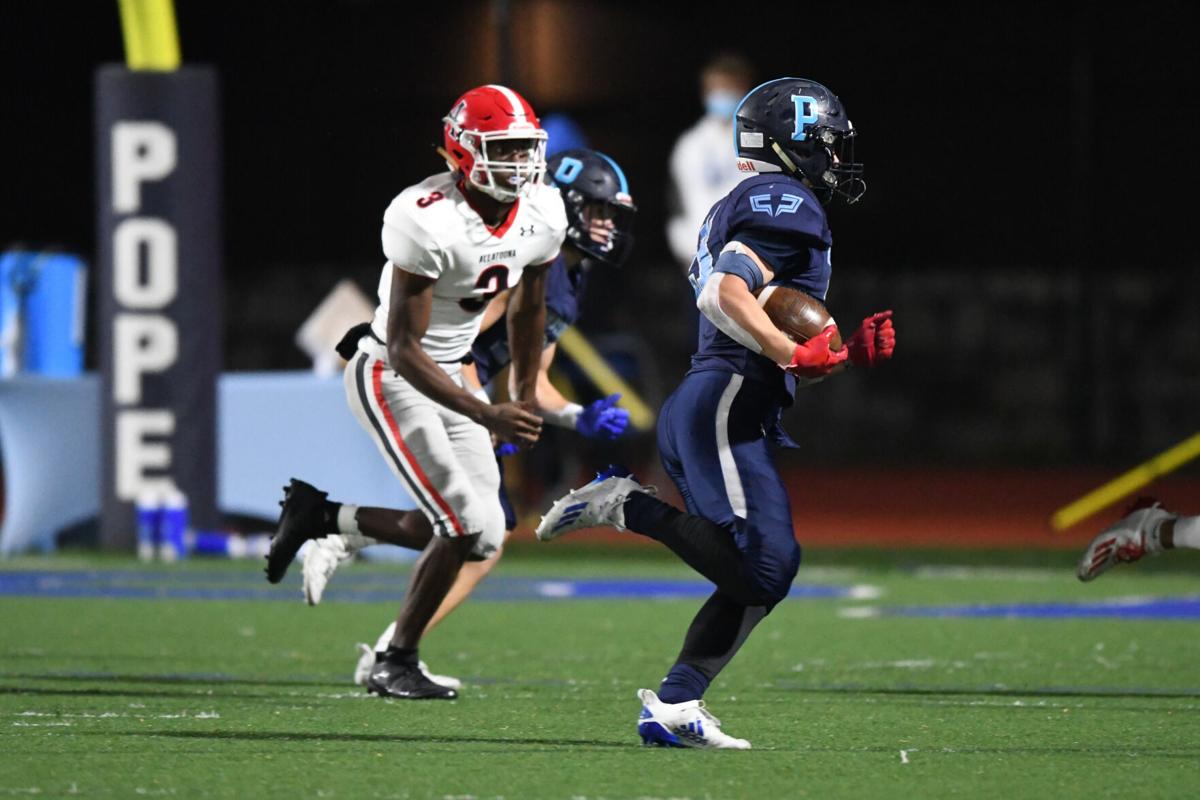 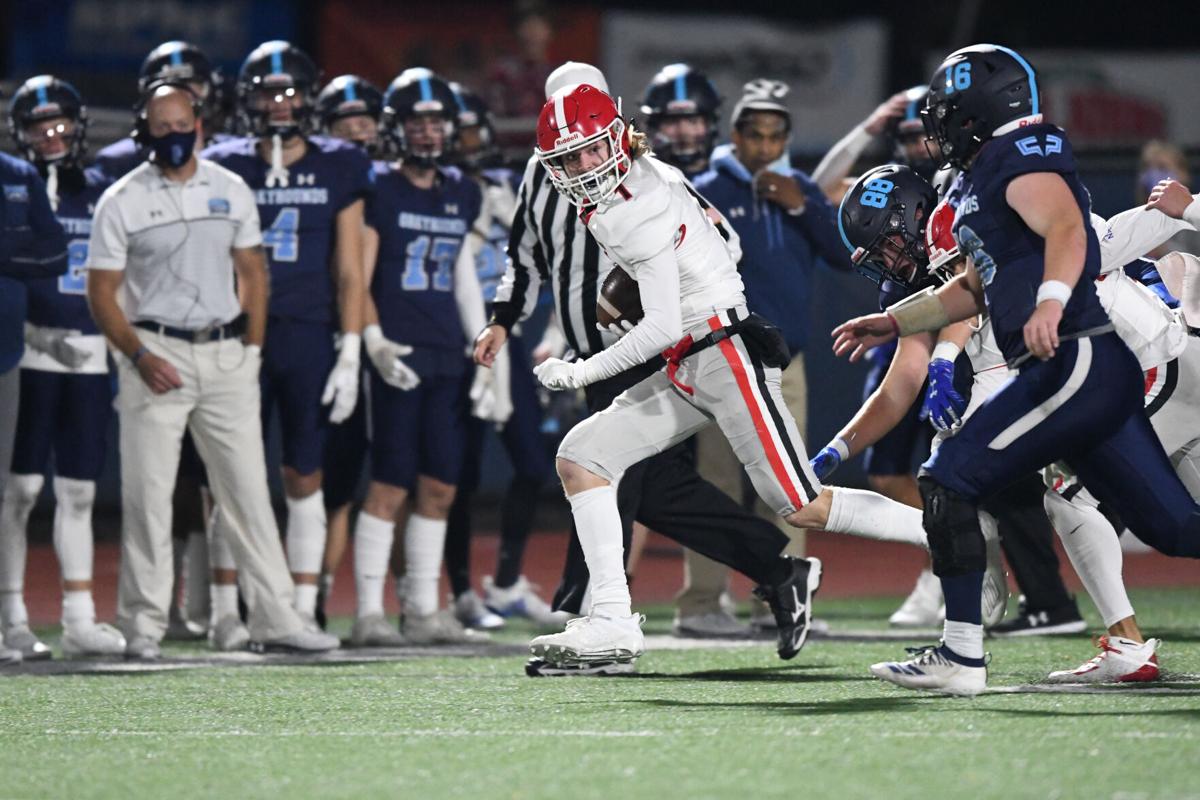 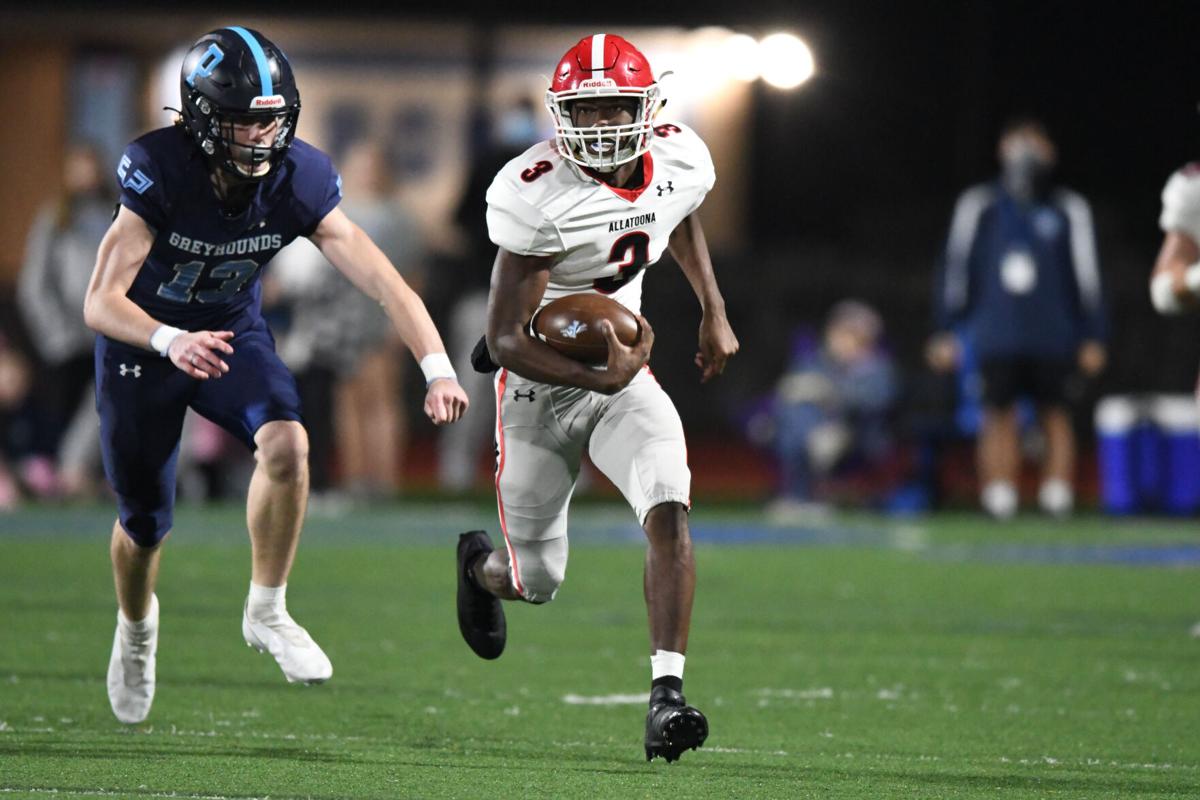 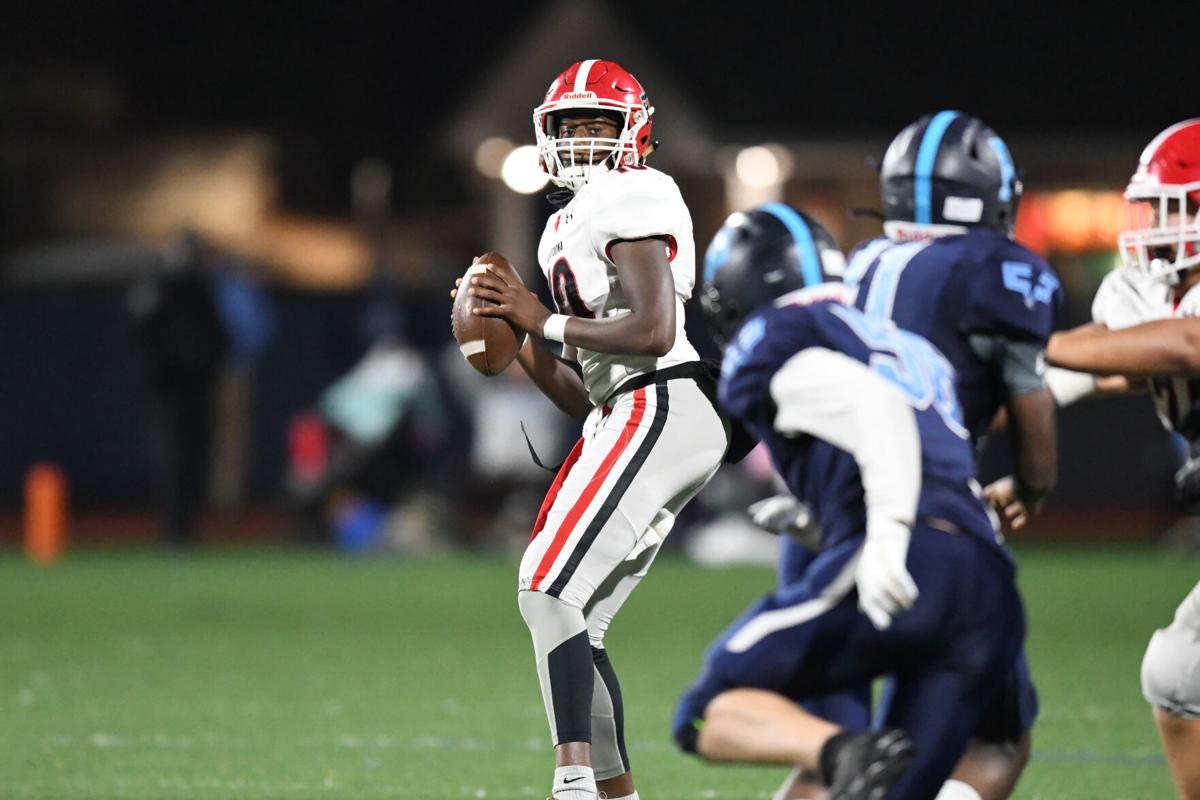 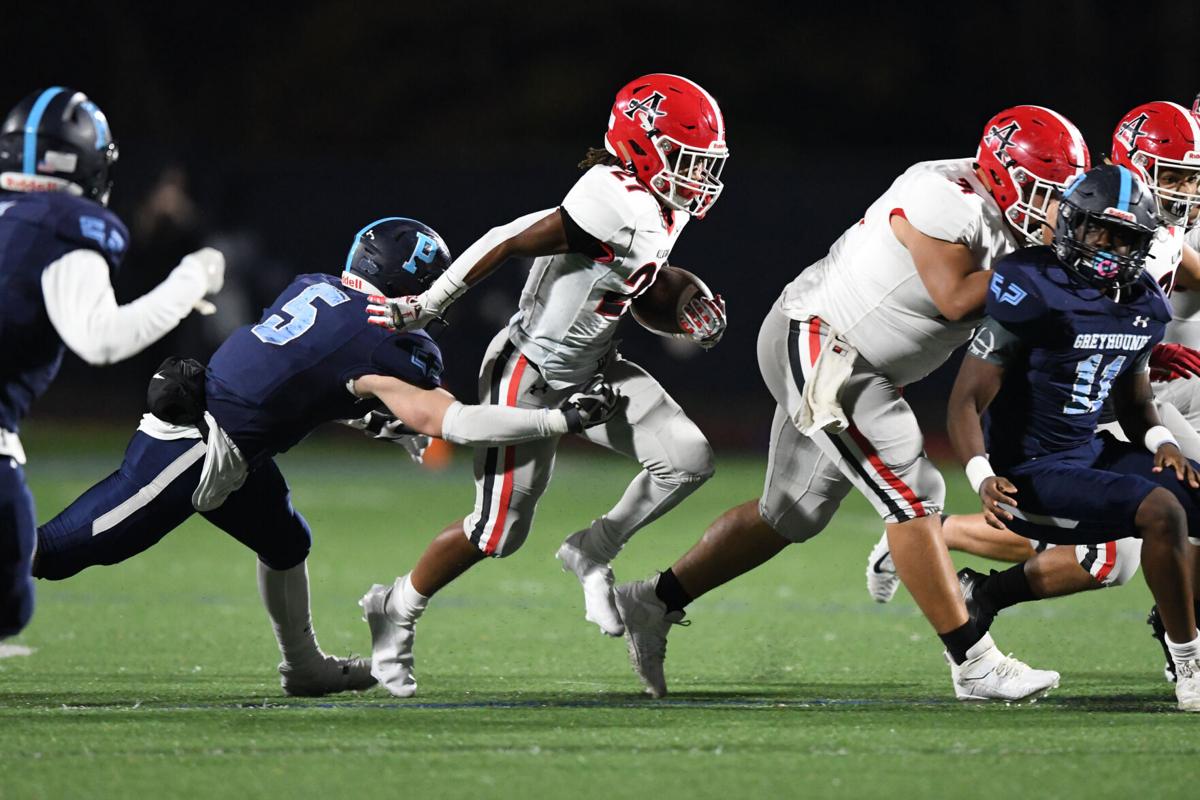 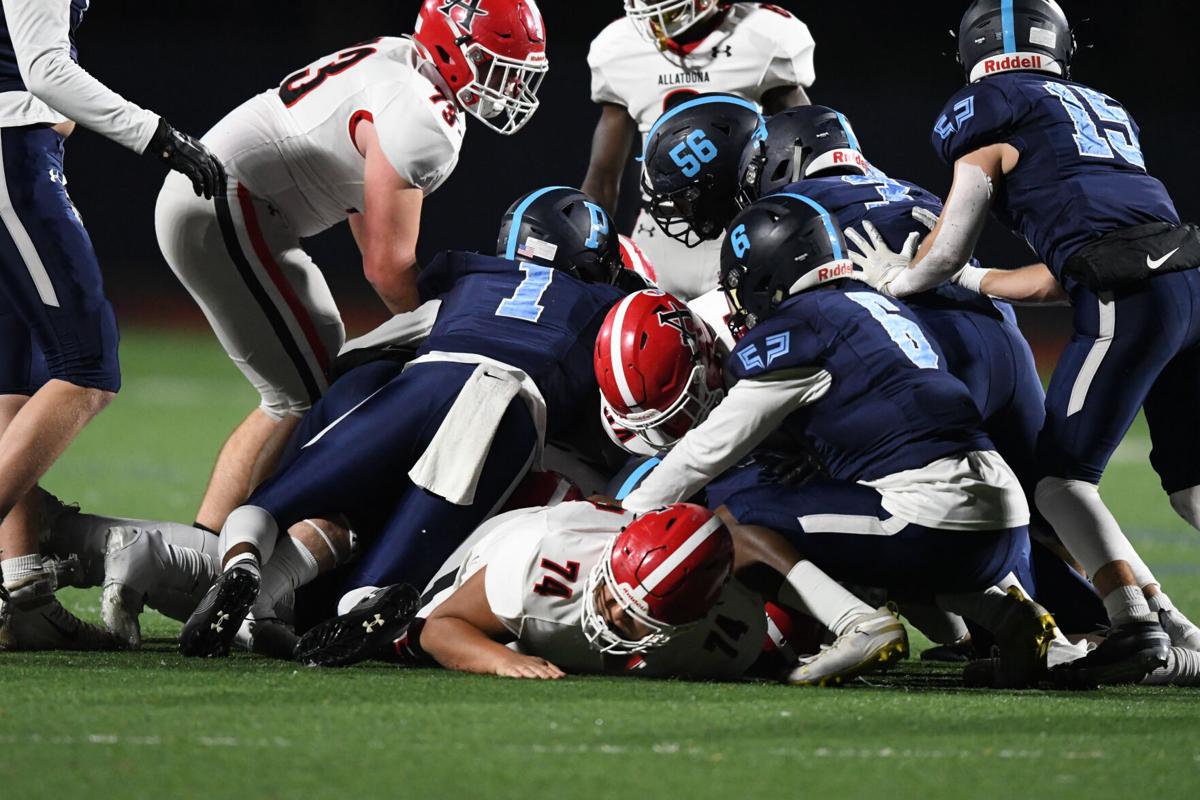 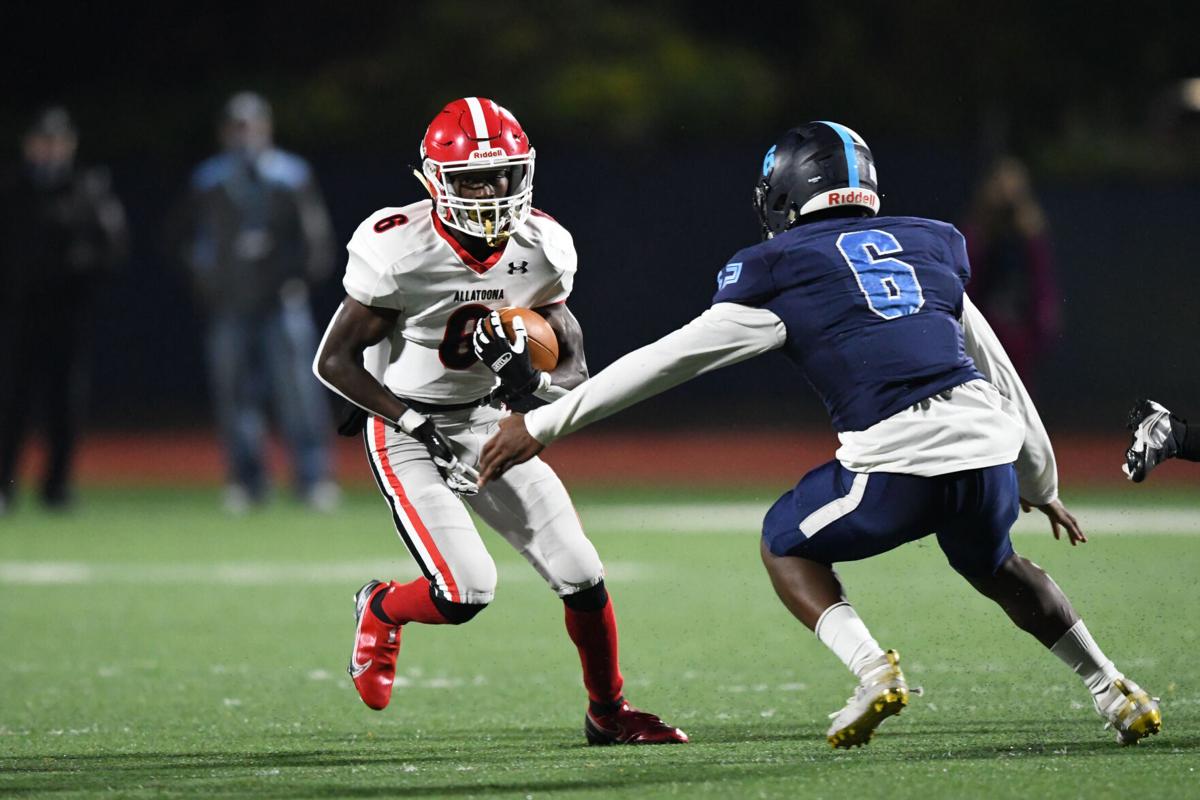 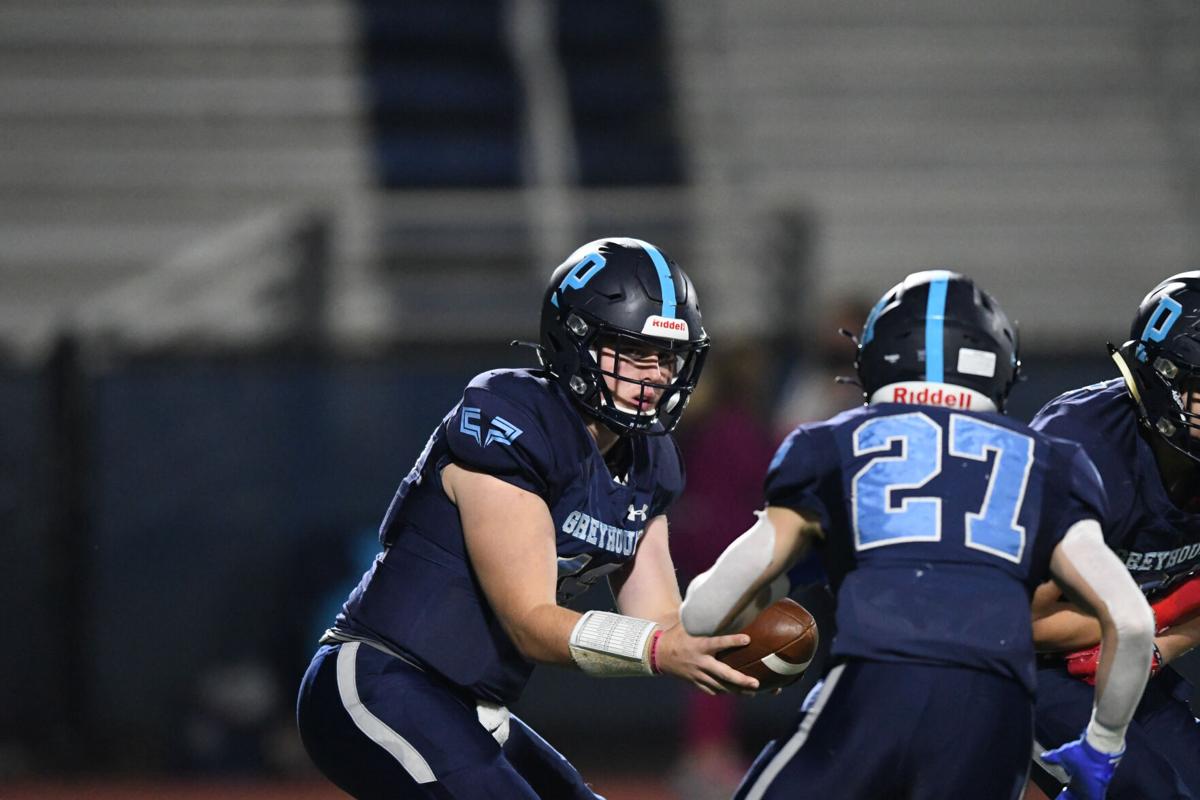 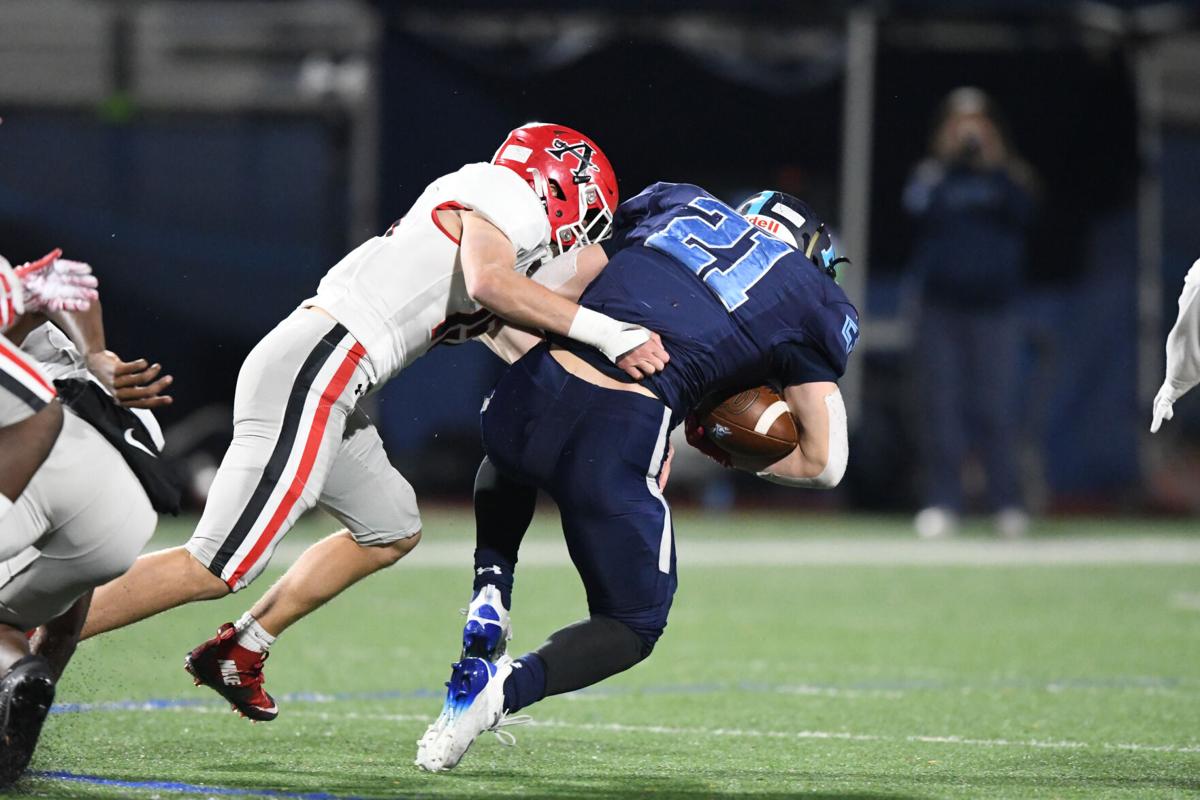 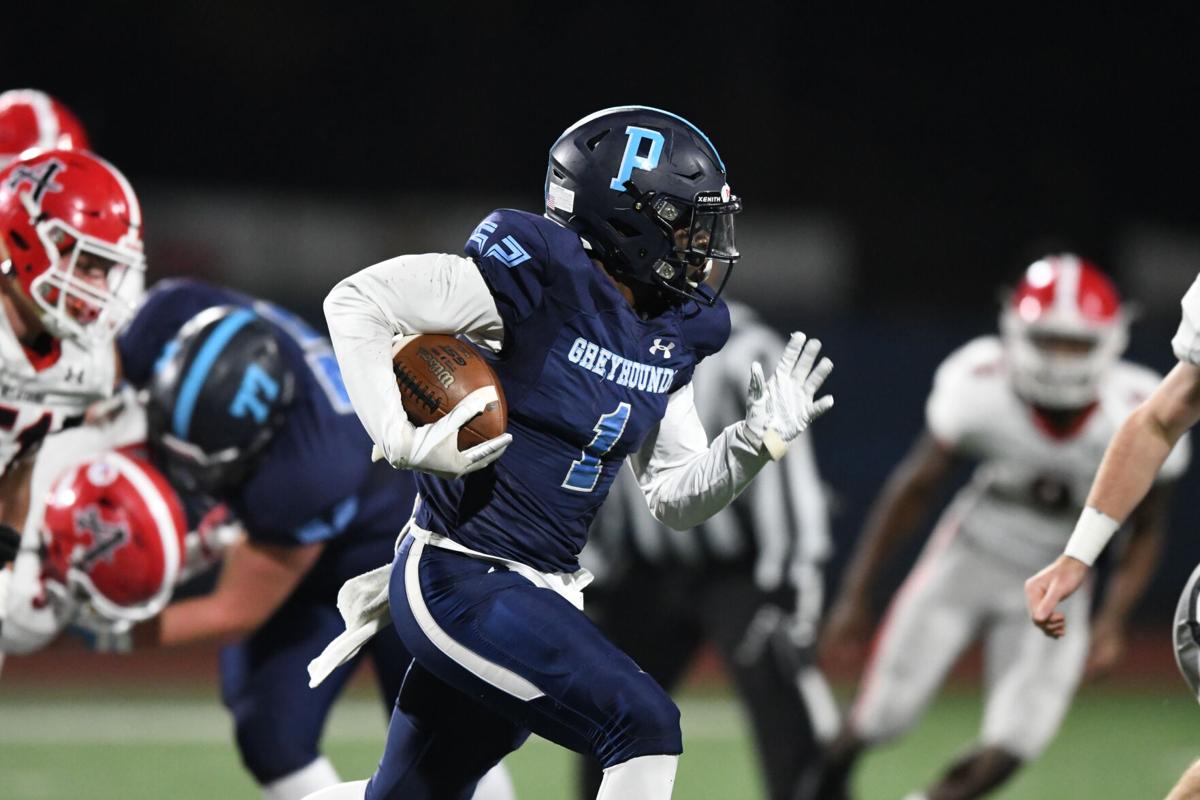 MARIETTA — Jayden Ponder’s 92-yard touchdown run during the opening seconds of the fourth quarter could not have come at a better time for Allatoona.

Pope had forced a turnover and converted into to a touchdown, allowing it to get back into the game midway through the third quarter and was begin to pick up momentum.

With Allatoona pinned at its own 8-yard line, Ponder found a hole, faked a couple of defenders and was on his own as the Buccaneers got enough separation to seal a 30-14 victory over the Greyhounds at the Pope Multi-Sport Complex.

It was the second-longest touchdown play in Allatoona history, and it helped the Buccaneers (9-0, 8-0 Region 6AAAAAA) complete a perfect regular season.

“It was a great run. He made a nice move and really broke some of that on his own,” Allatoona coach Gary Varner said of Ponder, who finished with 211 yards on 17 carries. “We needed it at the time. Pope played really well. That game was way closer than the score.”

Allatoona will open the Class AAAAAA state playoffs next week, hosting either Johns Creek or Sequoyah.

While Pope (4-4, 4-2) finished the year with a winning region record, it saw its season come to an end after getting leapfrogged by Kennesaw Mountain for the region’s No. 4 seed.

Allatoona appeared to be in control of things when Elan Hall threw a 13-yard touchdown pass to Troy Glenn on its first drive of the second half to take a 17-0 lead.

After Allatoona forced a three-and-out on Pope’s next drive and got the ball back, the Greyhounds came up with a clutch defensive play to keep their hopes alive.

After the Buccaneers fumbled on a hand-off near midfield, Quinn Kerce was there to scoop the ball up and returned it to the Allatoona 7-yard line. Quarterback Peyton Cariaco finished the short drive three plays later on a 2-yard run, but the Greyhounds could not convert the extra point.

The teams traded punts, with Pope’s kick pinning the Buccaneers on their own 8, which set up Ponder’s lengthy touchdown run.

Allatoona started to run the clock shortly afterwards and scored again midway through the fourth on a 4-yard run by Justin Quince.

“Obviously, they’re 9-0 for a reason, and state runner-up (from last year),” Pope coach Tab Griffin said. “It was one of those games where we made mistakes at the wrong times. We made more mistakes, and it cost us. We had opportunities, but didn’t take advantage of it.”

Pope’s Joe Stellmach finished with 101 rushing yards on 16 carries, with 95 yards coming in the first half. The Air Force commit also had a 55-yard touchdown catch with 3:16 left to play in his final high school game.