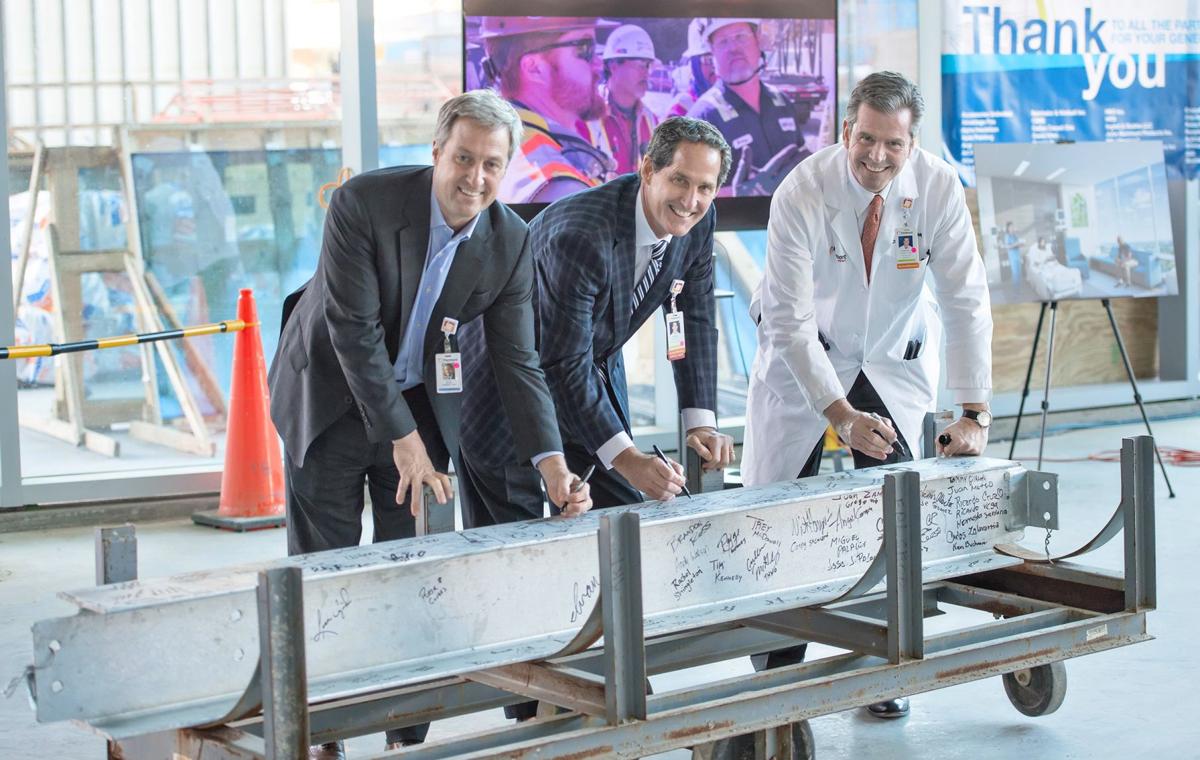 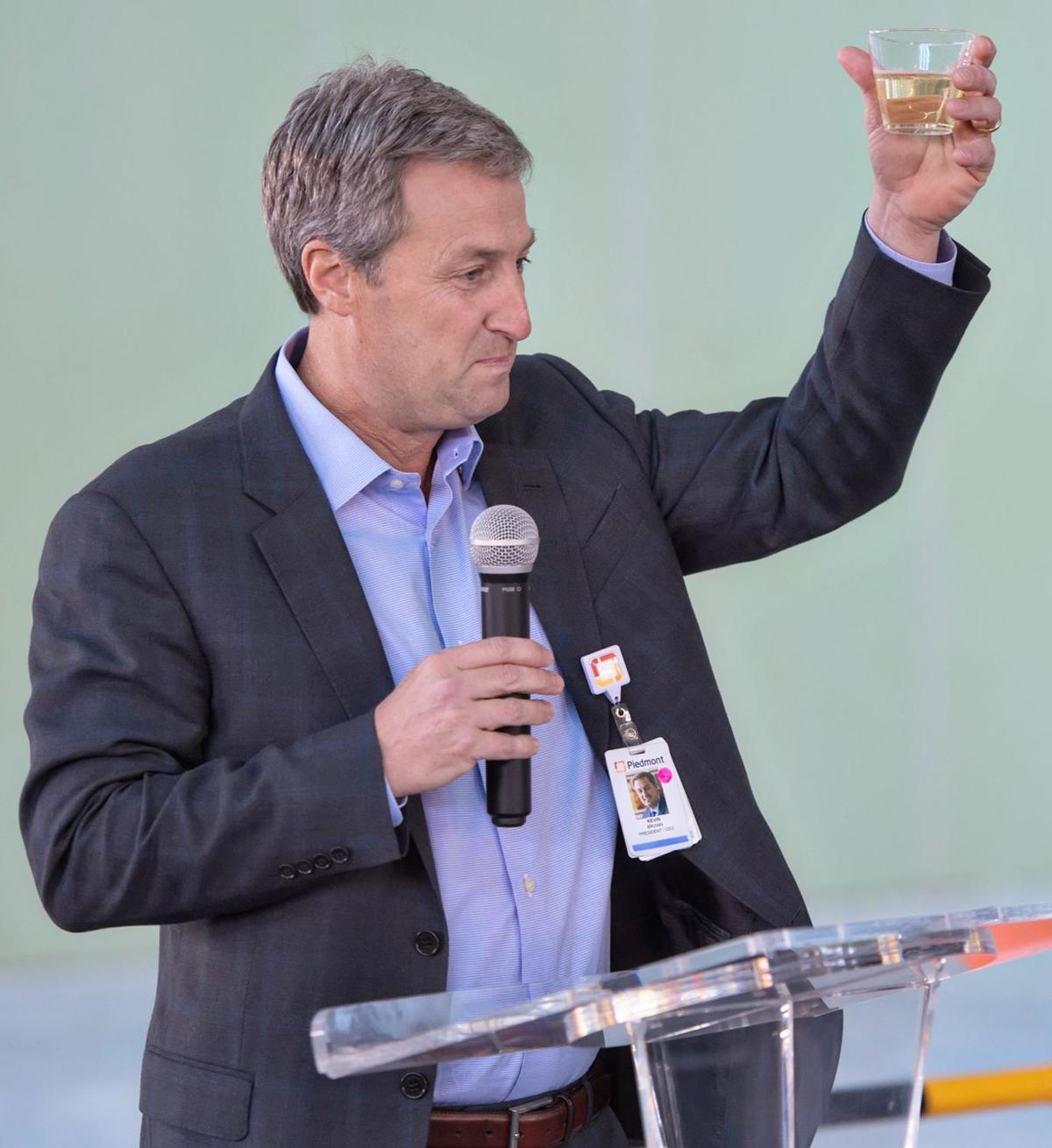 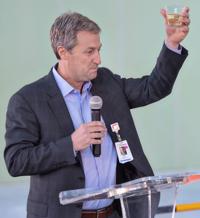 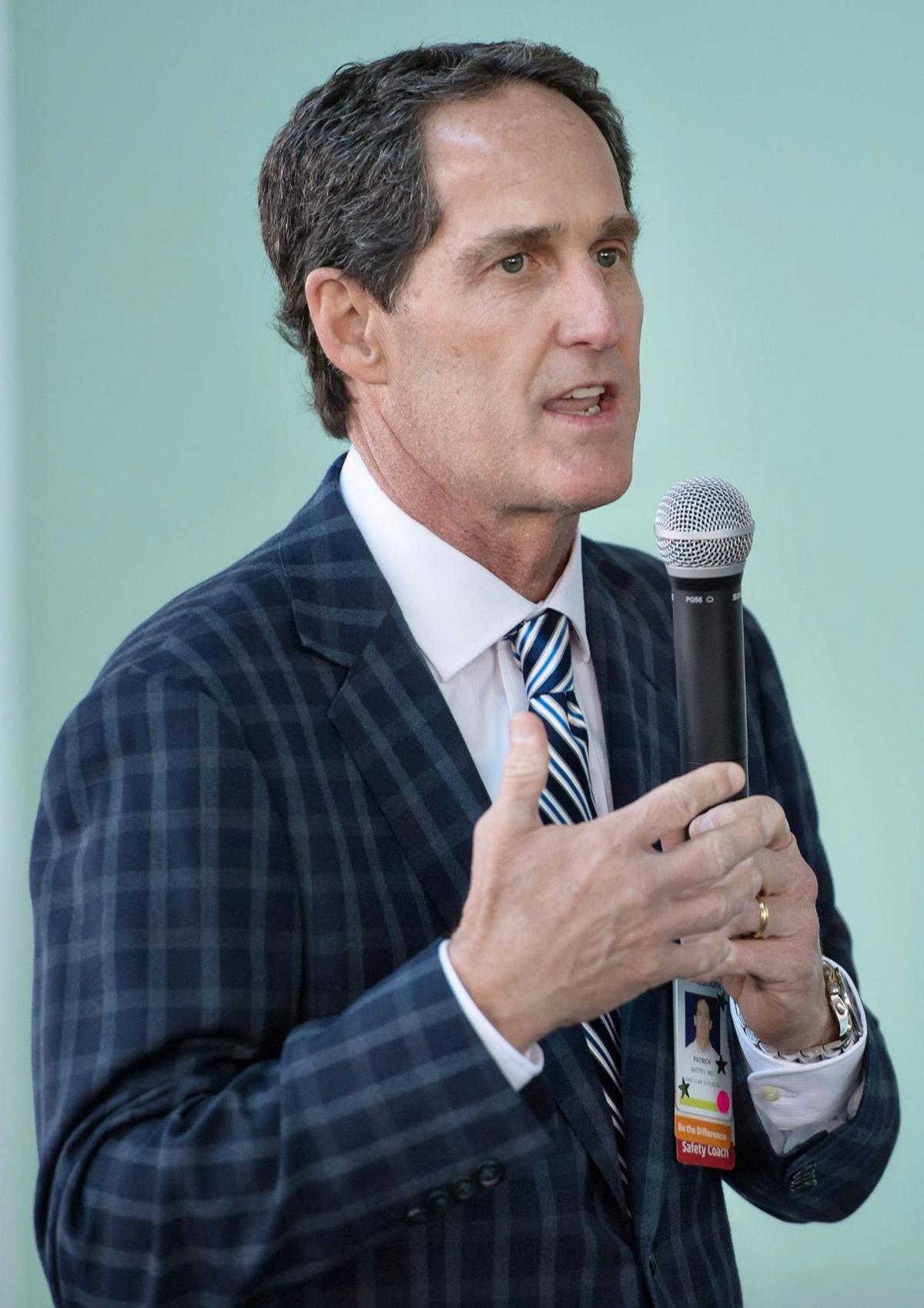 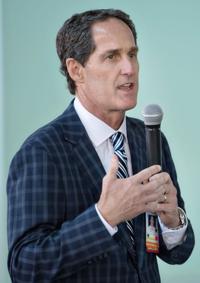 After breaking ground in January 2017, the Piedmont Atlanta Tower, Piedmont Healthcare’s expansion project in Buckhead, reached its topping-out milestone — meaning that framing of the 16-story structure is complete.

To mark the occasion for the project, which remains on-budget and on-schedule to open in late summer 2020, Piedmont held celebratory events on March 20 for the design and construction team, employees and for about 80 major donors who have made donations of $100,000 or more to support the capital expansion project.

The tower will house Piedmont Heart Institute, which has one of two heart transplant programs in Georgia and is a top destination for cardiovascular care. The tower will include the new Marcus Heart and Vascular Center, made possible through a $75 million donation from The Marcus Foundation, and the tower also will feature the Samsky Invasive Cardiovascular Services Center. Brett, Louise and Connor Samsky recently pledged $11 million to establish the Samsky Center.

Piedmont Heart ranks in the top five percent in the country among cardiovascular organizations and is the only program in Atlanta consistently recognized with the Cardiac Care Excellence Award from Healthgrades, which it has earned for nine years. Piedmont is an international leader in cardiovascular research, enabling patient access to innovative therapies not available elsewhere.

According to data released in 2018 by the Centers for Medicare & Medicaid, Piedmont Atlanta ranks in the top 10 institutions in the country in Case Mix Index, which measures which hospitals have the sickest patients. Piedmont Atlanta was the highest-ranked community hospital in the U.S. by this measure.

Phase II of the tower up-fit will begin in 2022, and one patient floor will be completed per year, except for 2026, when the final two floors will be built out.

Phase I of the project will cost $450 million. When the project is complete in 2026, it will come at a cost of $603 million. The Piedmont Foundation has raised $110 million towards the $150 million fundraising goal it set for the tower.

The project is a culmination of dozens of partner companies led by CBRE as program manager, HKS Inc. as architect, Brasfield & Gorrie as construction contractor, and Morris, Manning, and Martin as outside legal counsel. More than 1,000 people — patients, staff, neighbors and expansion leadership — also provided input on the vision of the project through workshops and advisory meetings.

Piedmont Healthcare, which has locations in Cobb County, announced that its community benefit program has made more than $500,000 in awards du…

Stroke, also referred to as a “brain attack,” occurs when a blood vessel breaks or a blood clot blocks an artery, interrupting blood supply to…

Two local hospitals – Emory St. Joseph’s Hospital in Sandy Springs and Piedmont Atlanta Hospital in Buckhead – were named to the list of the 1…

Piedmont Healthcare, the largest healthcare provider in Georgia, generated $5.6 billion in revenue in 2017, for the local and state economy, a…