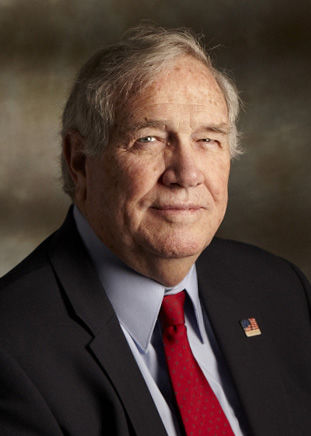 Cobb-based Delta Community Credit Union announced that the chairman of its Board of Directors, Jim Diffley, will be honored by The Georgia Credit Union League with the Moses C. Davis Lifetime Achievement Award.

“Jim has served our credit union throughout the past five decades and as chairman for more than 30 of those years,” said Delta Community CEO Hank Halter. “His commitment to serving our members has shaped Delta Community’s culture and success. I appreciate his long-time service, and congratulate him on this well-deserved honor.”

Diffley has been actively involved with the credit union movement throughout his life. As an employee of Delta Air Lines, he joined Delta Community’s Credit Committee in 1964, was elected to its Board of Directors in 1983 and became chairman in 1986. Nationally, he has participated regularly in the Credit Union National Association Governmental Affairs Conference and other top industry events. In 2007 he was honored by the Georgia League as a Moses C. Davis Volunteer of the Year.

“It has been an honor to serve on Delta Community’s Board, not only to work alongside many talented Board members and employees, but also to have the opportunity to provide hard-working consumers better support and value on essential banking services,” said Diffley. “I am proud of the credit union movement and look forward to the future growth and success of both Delta Community and the credit union industry at large.”