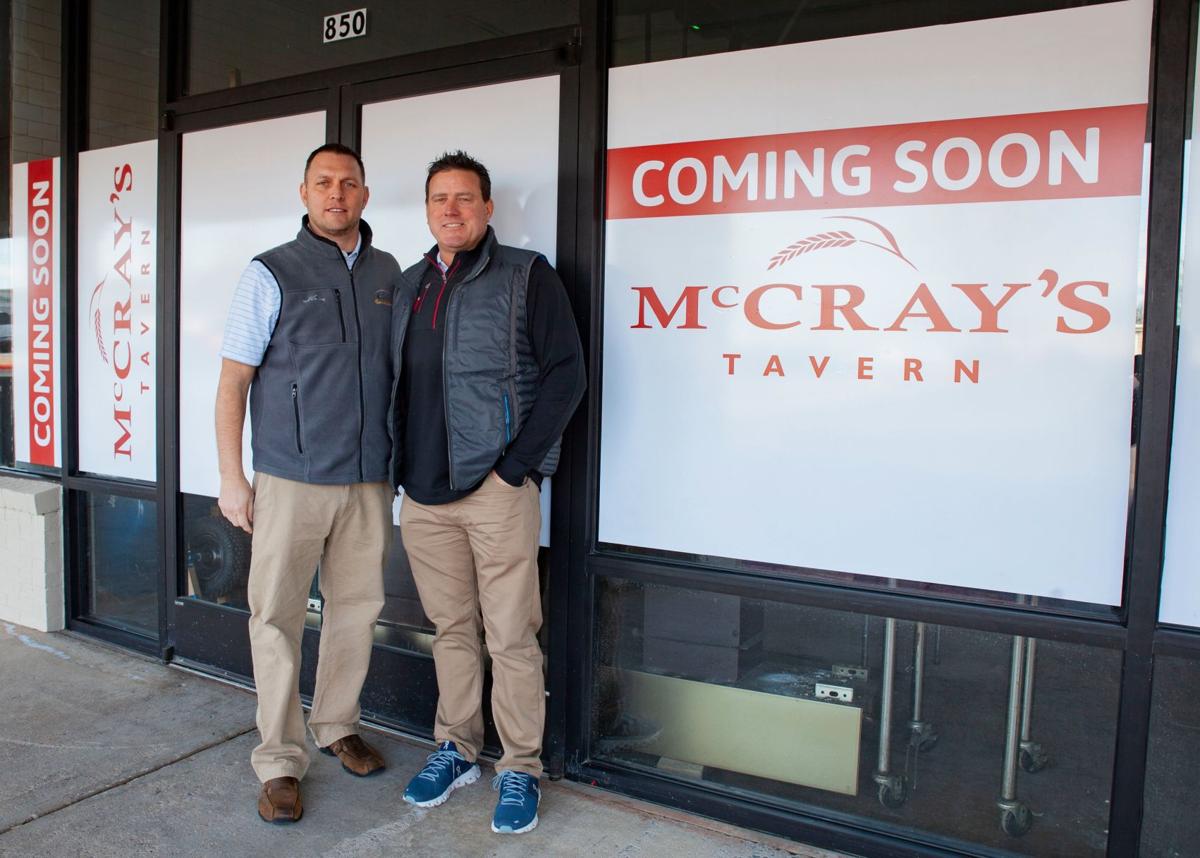 Scott Kerns, left, and Scott McCray are expecting to open the doors to the newest McCray’s location at the Parkaire Landing shopping center in east Cobb this spring. 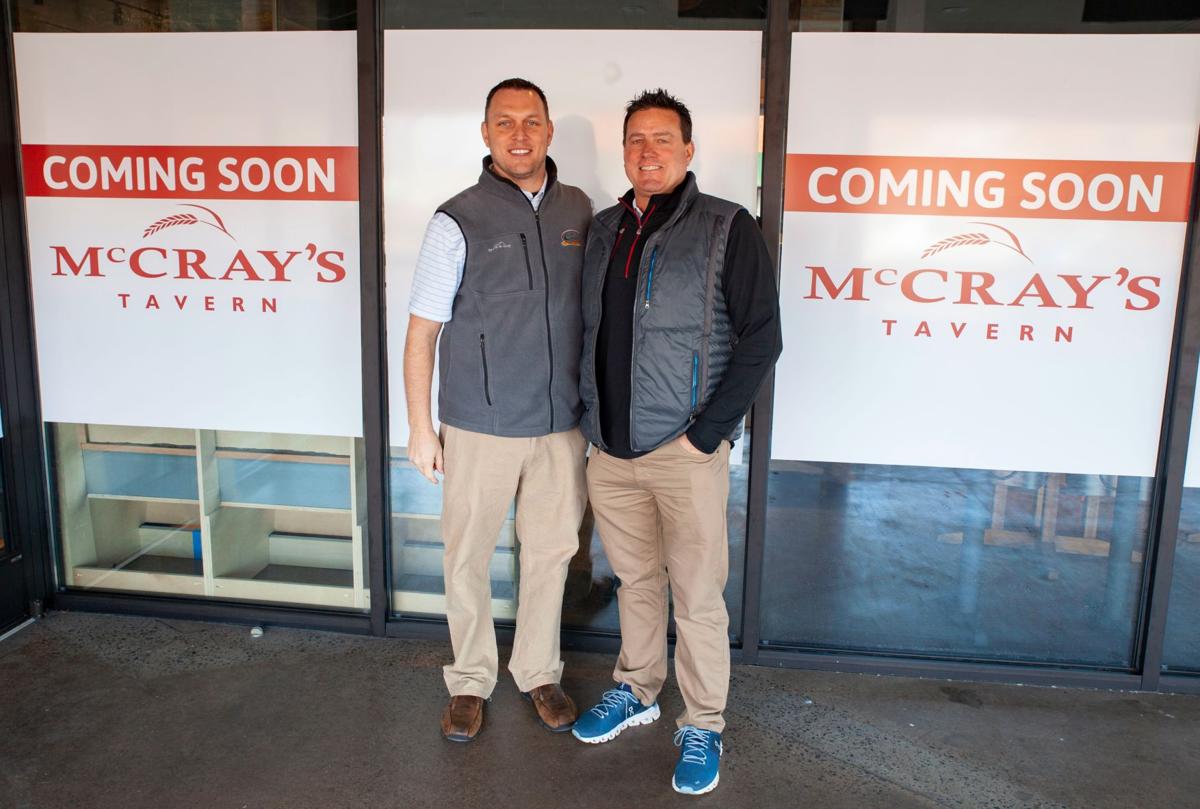 Scott Kerns, left, and Scott McCray are expecting to open the doors on the newest McCray's location at the Parkaire Landing shopping center in east Cobb this spring.

Scott Kerns, left, and Scott McCray are expecting to open the doors to the newest McCray’s location at the Parkaire Landing shopping center in east Cobb this spring.

Scott Kerns, left, and Scott McCray are expecting to open the doors on the newest McCray's location at the Parkaire Landing shopping center in east Cobb this spring.

EAST COBB — East Cobb residents are expected to have a new place to wet their whistles, whet their appetites and enjoy some live music this spring when McCray’s Tavern opens its second Cobb County location.

Owners say the new restaurant could open in mid-March.

McCray’s has moved into the 6,200-square-foot space at Parkaire Landing shopping center previously occupied by Loyal Q/Loyal Tavern at the southeast corner of Lower Roswell and Johnson Ferry roads. The space, the largest of the tavern’s four locations, is under renovation.

“We’re going to put in hardwood floors, we’re redoing the back bar, painting (and) we’re going to recover all the booths and the chairs,” said Scott McCray, partners with Scott Kerns in the new tavern venture.

Some of the tavern’s more popular menu items, among its burgers, pastas and salads, include its buffalo chicken panini and salmon chop salad, the partners said.

Kerns said the design of the east Cobb location will be unique to the character of the community it’s in. Exclusive to the new location will be the wood-fire grill, where all the meats and fish will be cooked, he said.

The east Cobb restaurant will also offer craft cocktails, craft beers and will have 32 beers on tap.

Though “tavern” is included in its name, McCray said the restaurant has an atmosphere fit for any diner.

“We try to capture all the crowds. We want lunch crowds, we want the dinner crowd, happy hour crowd, sports crowd, families — we want it all,” McCray said, adding that brunch will also be served Saturday and Sunday and could include a build-your-own bloody mary bar.”Sometimes when you say ‘tavern’ people get scared off ... but we want to be a fun restaurant. We’ll have some outdoor seating and I think we’re going to try and do one night of entertainment inside (per week).”

The partners say they also hope to establish a community of regulars at the new location and estimate 35 to 40 locals will be hired there.

“We’re definitely going to support the local, east Cobb community,” Kerns said. “We’ve had different folks reach out to us from different programs at Pope (High School) and Walton, and (we want) to try to give back to them.”

If the McCray name seems familiar, it might be because the former Marietta Square mainstay, Shillings on the Square, was purchased by a McCray brother, Randy McCray, and is undergoing renovations. The new restaurant there, Mac’s Chophouse, is also under renovation and expected to open in the spring.

“It’s funny. We’ve both taken over these buildings at kind of the same time,” Scott McCray said. “It’s going to be cool. I’ve been over here, and then I’ll go over there and help him out on the Square. ... It’s really starting to clean up good. It’s going to be pretty cool when he finishes.”

Two new Asian dining options, one with a veggie twist, are opening up at Town Center mall in Kennesaw, according to a news release from Simon,…