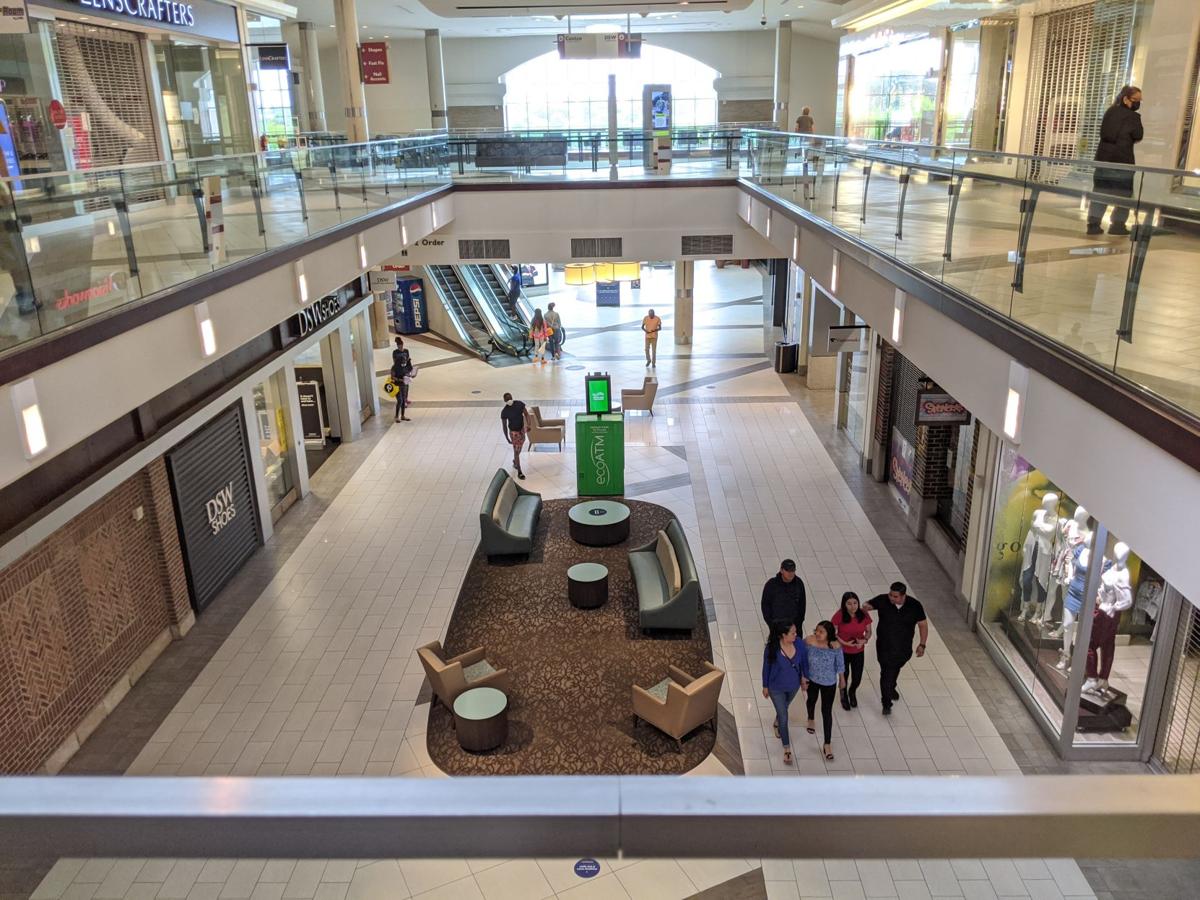 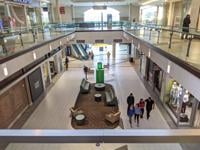 Shoppers walk the halls while many stores remain empty at Cumberland Mall. 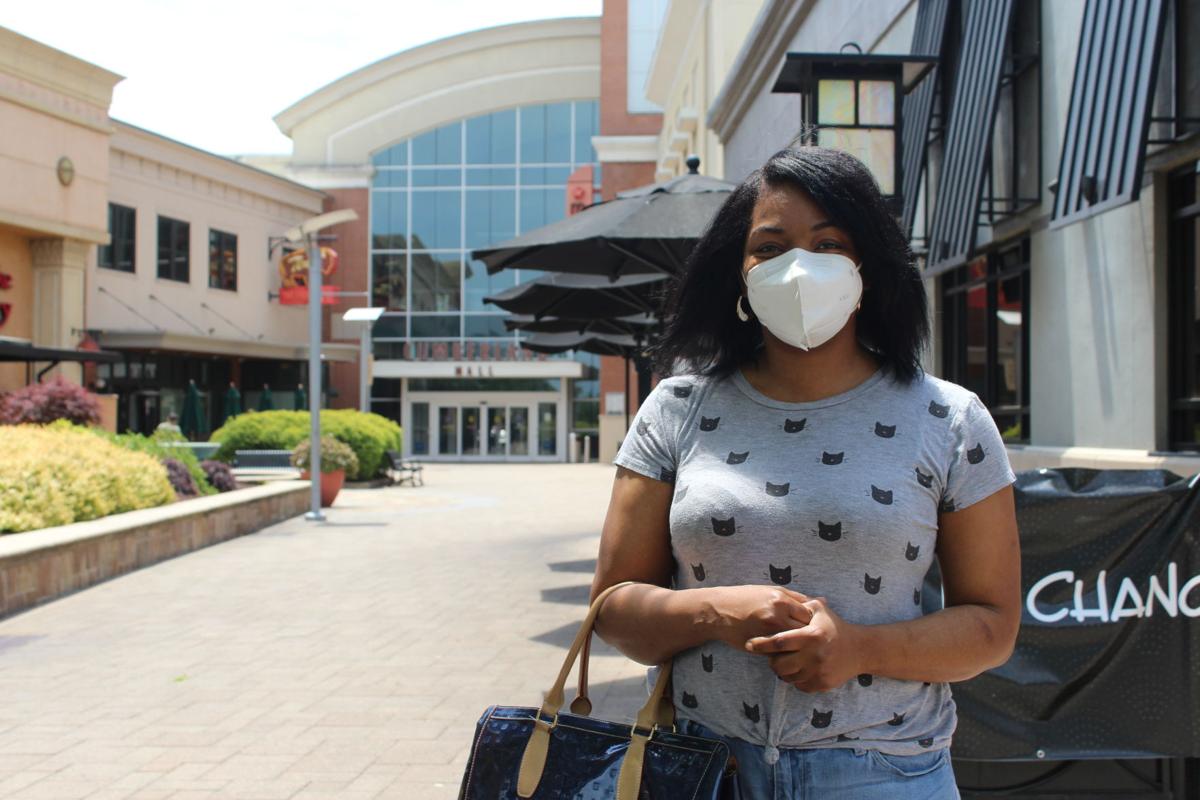 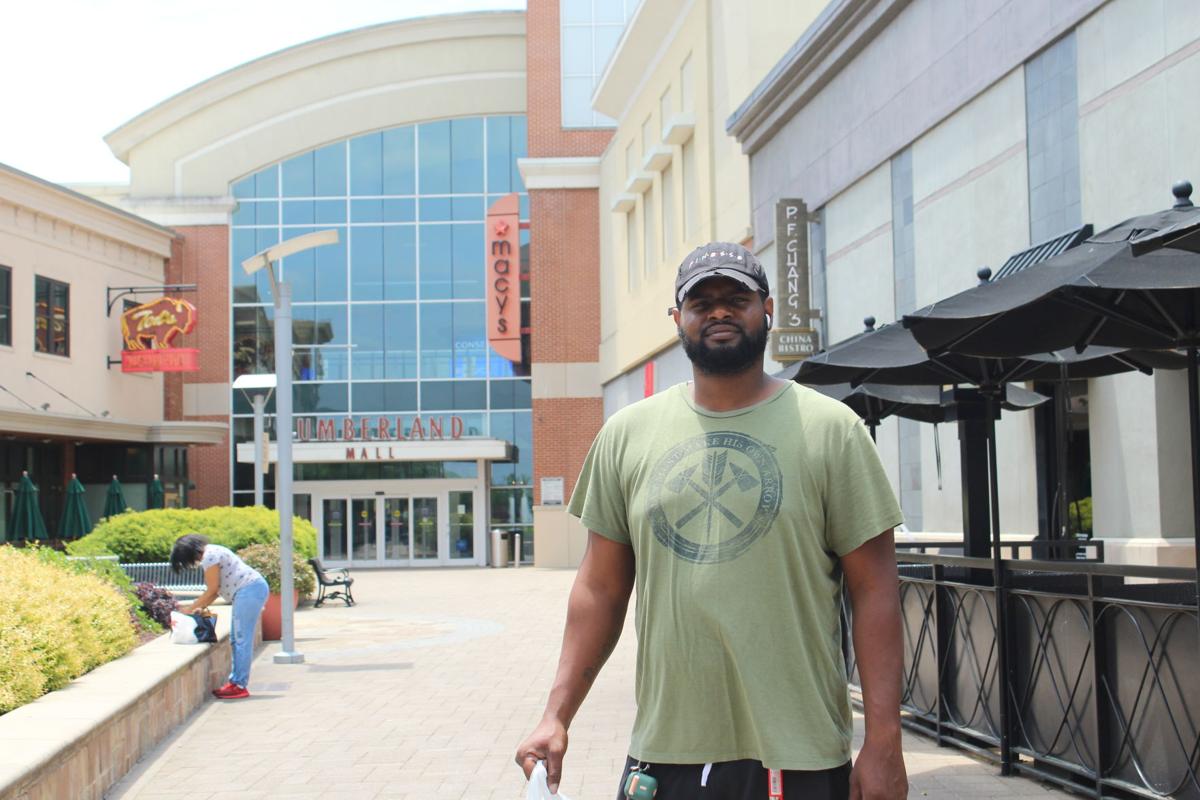 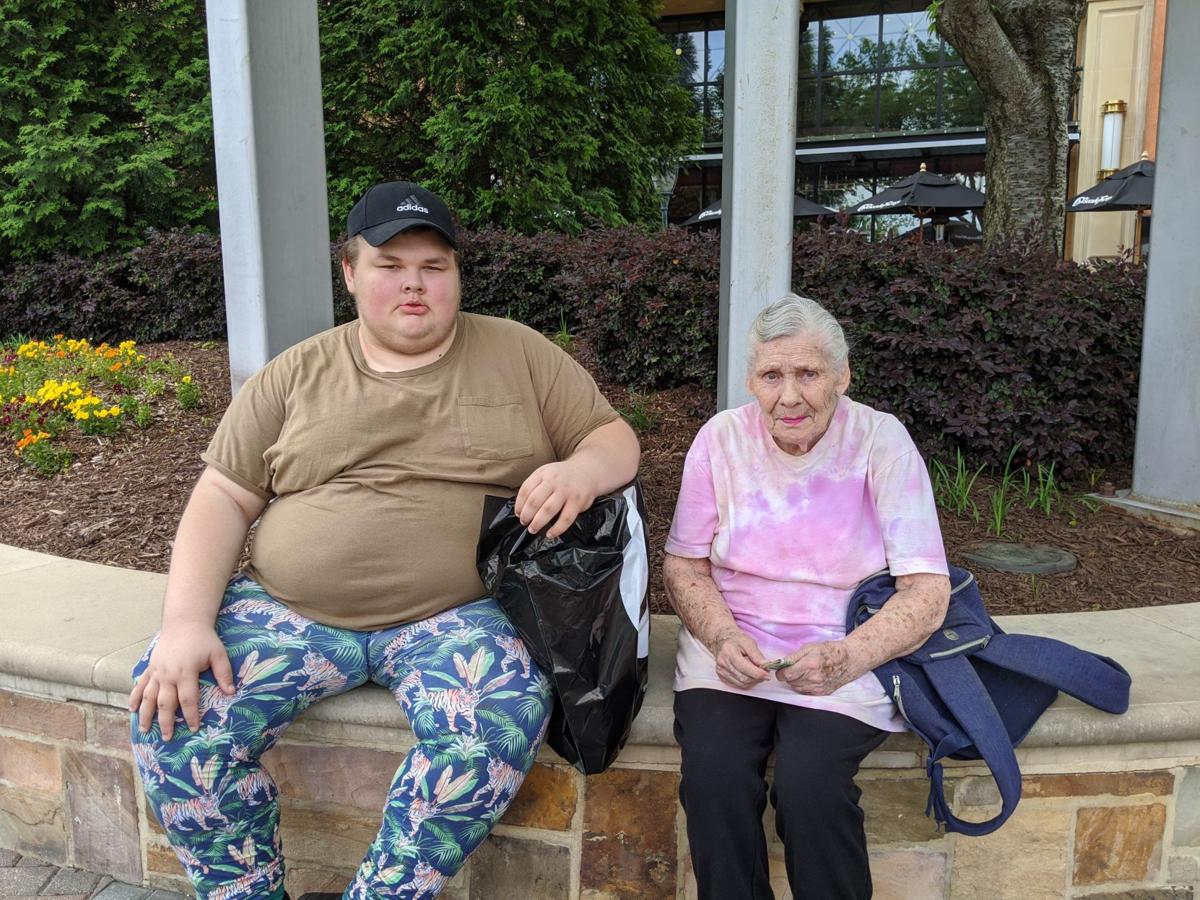 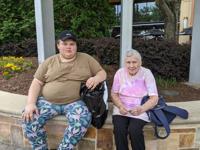 Tielar Greer and his grandmother, Elisabeth Geer, wait for a taxi outside Cumberland Mall. 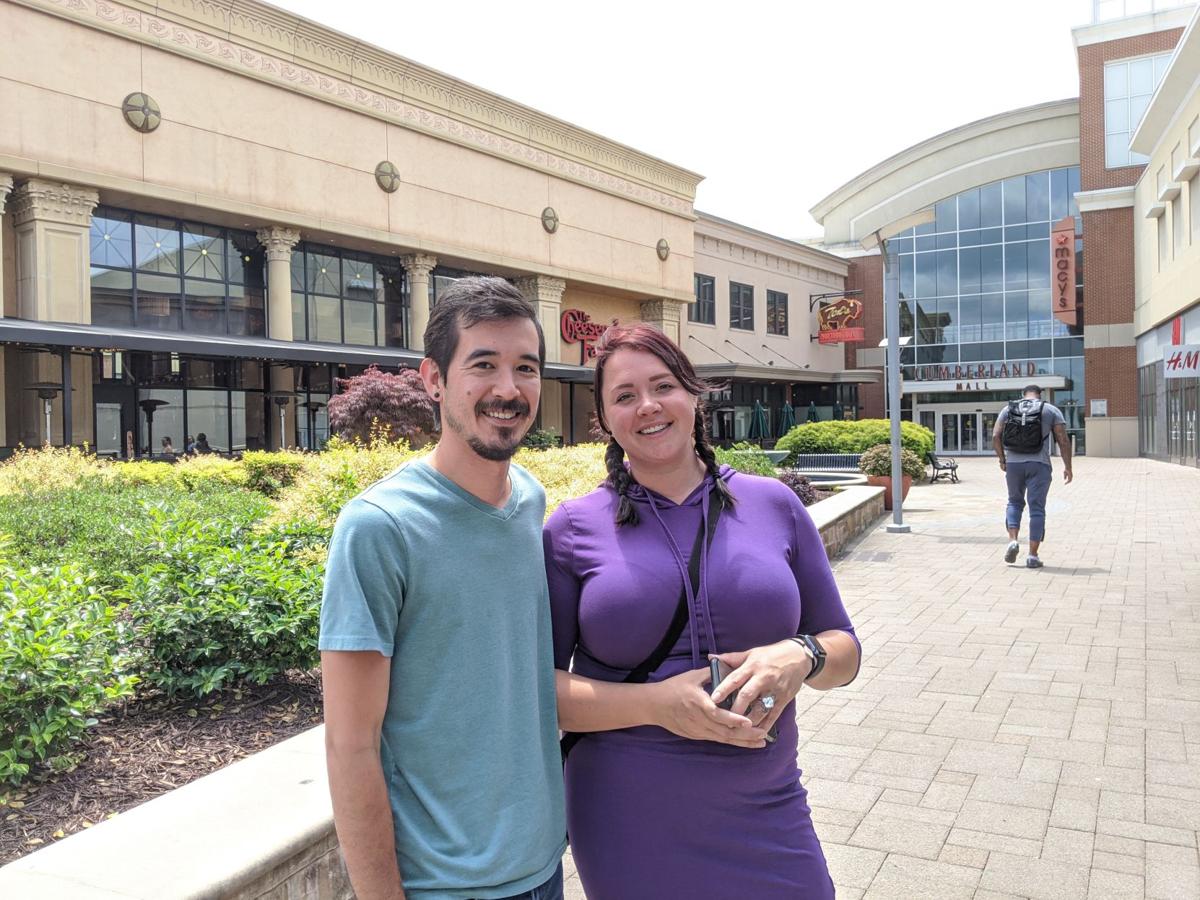 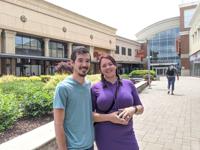 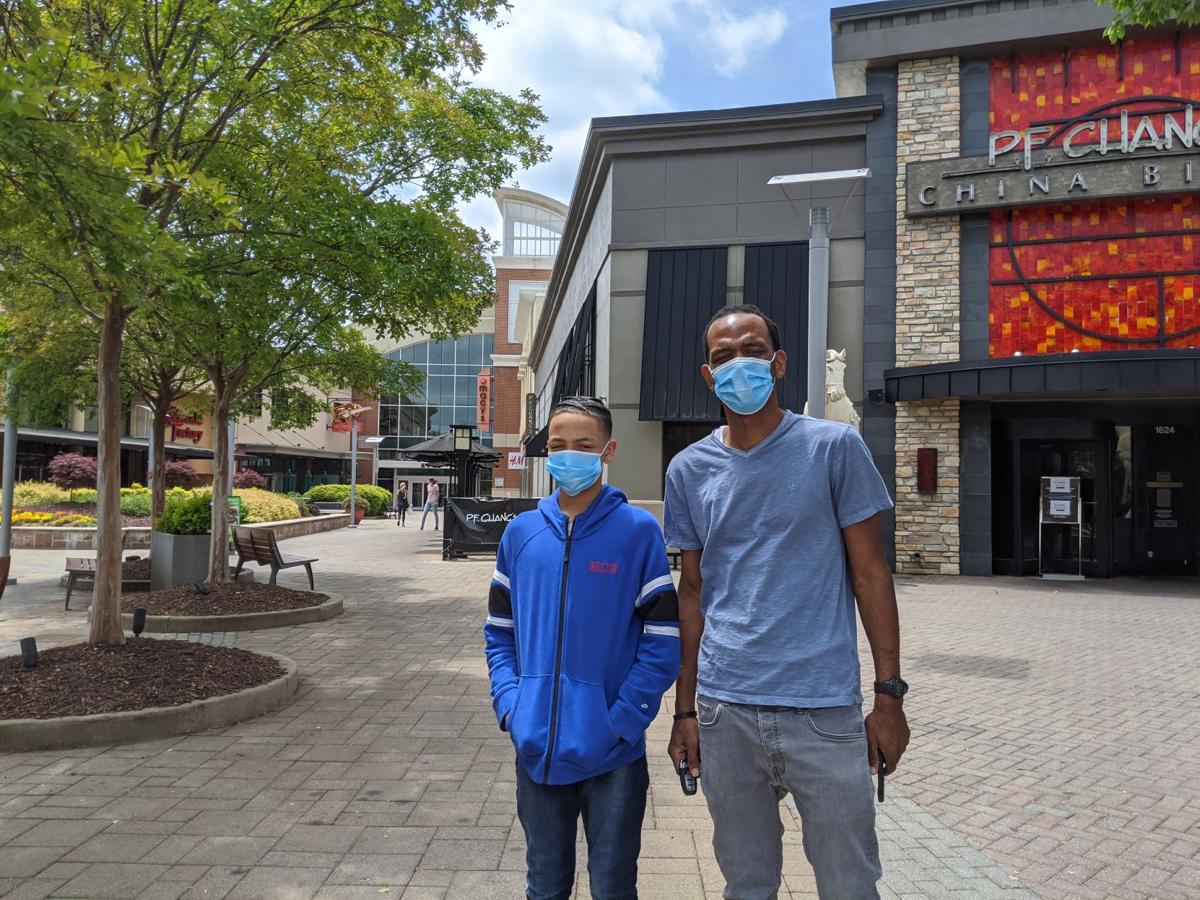 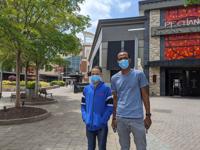 Jireh Joyner and his father Reginald Joyner pause before going into Cumberland Mall to shop for some clothes. 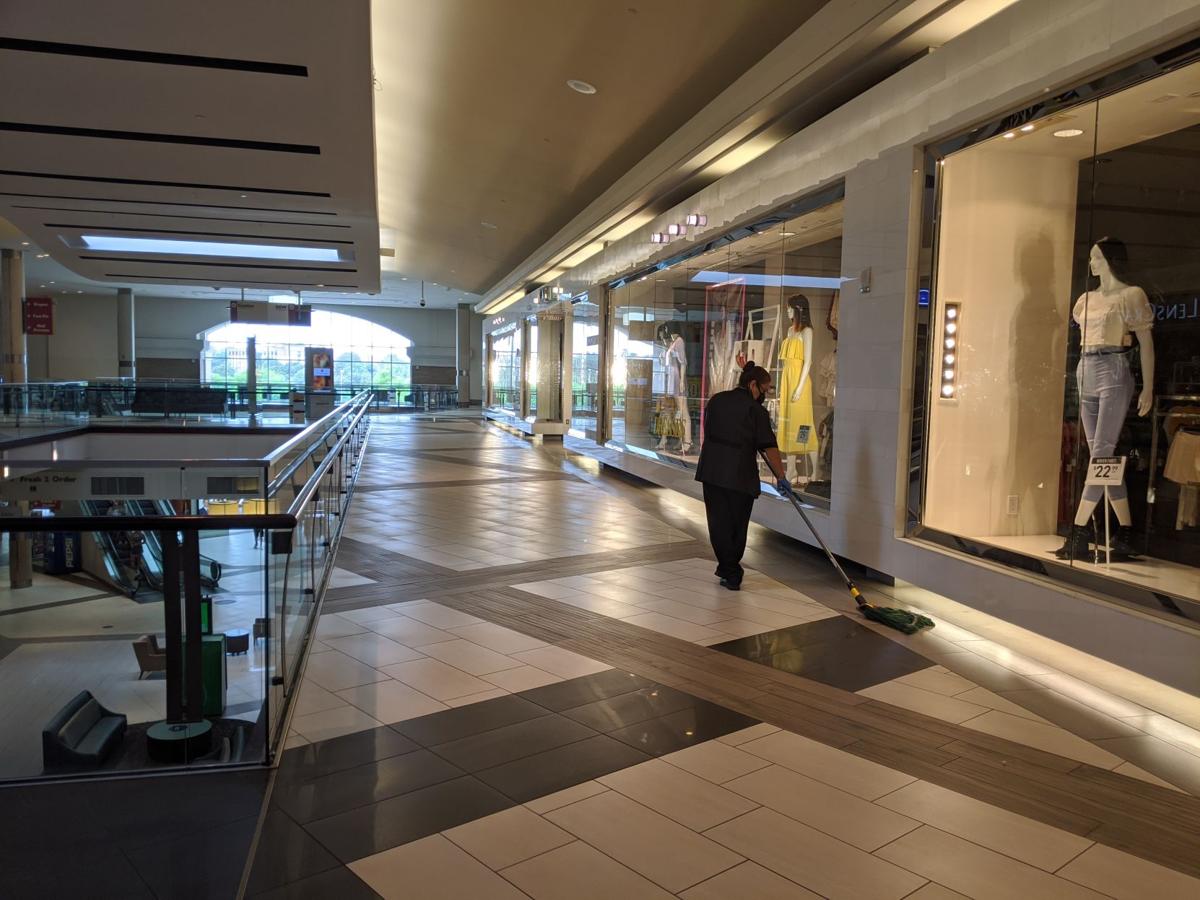 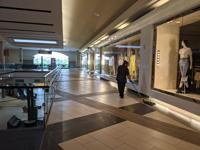 A worker cleans in front of one of the many closed stores in Cumberland Mall. 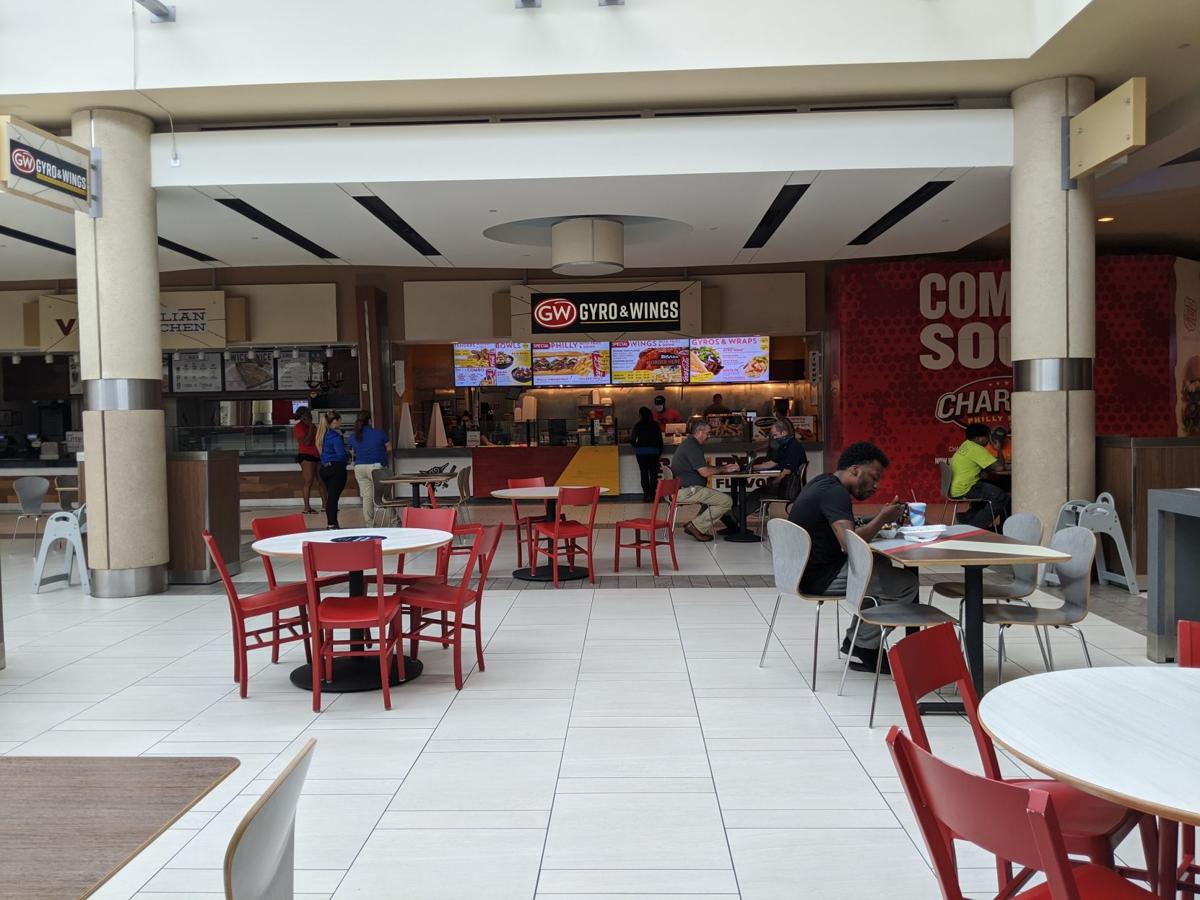 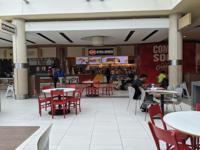 At Gyros & Wings, workers take orders from customers and promote social distancing at the food court in Cumberland Mall. 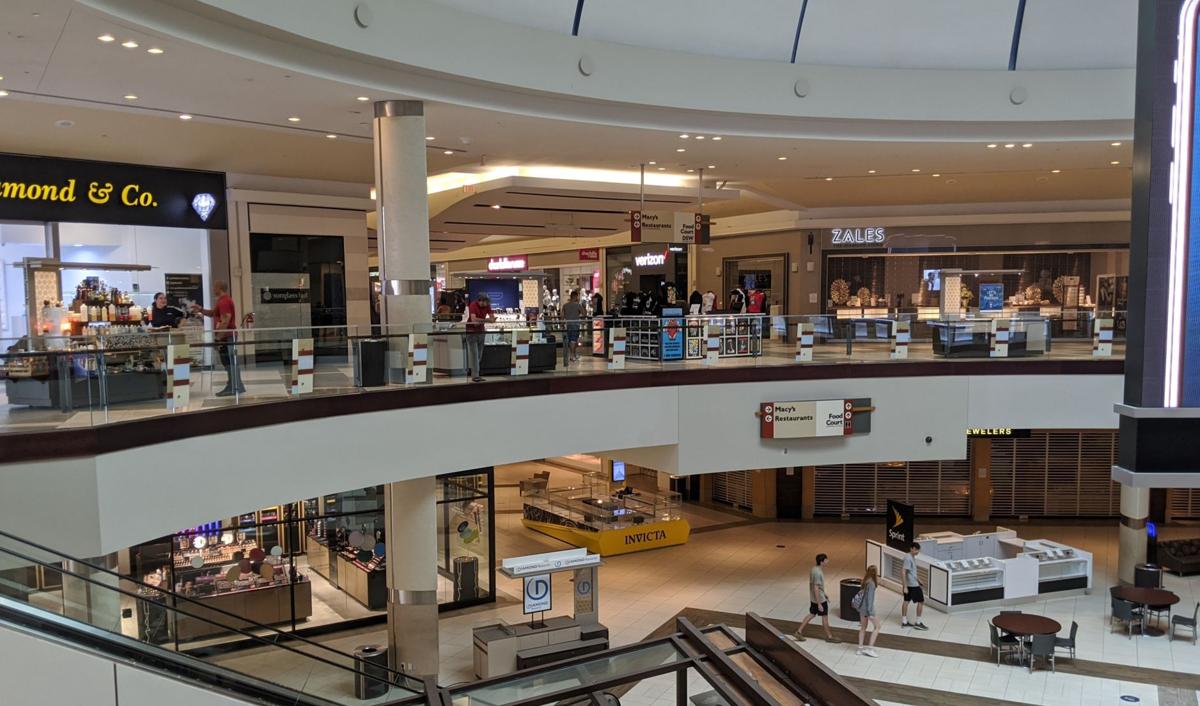 Customers visit some of the kiosks that are open in Cumberland Mall.

Shoppers walk the halls while many stores remain empty at Cumberland Mall.

Tielar Greer and his grandmother, Elisabeth Geer, wait for a taxi outside Cumberland Mall.

Jireh Joyner and his father Reginald Joyner pause before going into Cumberland Mall to shop for some clothes.

A worker cleans in front of one of the many closed stores in Cumberland Mall.

At Gyros & Wings, workers take orders from customers and promote social distancing at the food court in Cumberland Mall.

Customers visit some of the kiosks that are open in Cumberland Mall.

CUMBERLAND — Cumberland Mall reopened Tuesday to a slow stream of shoppers and visitors coming into the mall, with many of its retailers and restaurants remaining closed.

Signs and stickers on the floor reminded customers to stay 6 feet apart, and workers wore masks as they sold clothing and accessories or served food. Major national retailers like Apple, H&M, LensCrafters and New York and Company were closed. Other stores, including Blue Courure, Jimm Jazz, The Athlete’s Foot and Macy’s, were open. Some jewelry stores and kiosks selling things like accessories and phone cases were open. At lunchtime in the food court, a single restaurant, Gyro & Wings, was open for business.

Tielar Geer took his grandmother, Elisabeth Geer, to the mall to get some new shoes. He said he felt confident about the social distancing measures he saw at the mall.

“They were enforcing social distancing, 6 feet apart, sanitizing everything,” he said. “There was security everywhere, stamps on the floor.”

Raena Bennett also went to get shoes but didn’t buy any because the store she wanted to visit was closed. She also felt safe going to the mall.

“I work in the medical field, so masks and gloves aren’t going to do much for you. They’re really better for people who are already sick,” said Bennett, who works in intravenous hydration.

Meanwhile, Johanatan Hale, who was walking past the mall after visiting Costco, doubted whether the mall should have reopened when it did.

“I don’t know. I think they should have waited a little longer, maybe. I don’t know if it’s safe to open the mall at this point,” he said.

Reginald Joyner brought his son Jireh to the mall to get clothes for a virtual middle school graduation ceremony. They both wore masks as a precaution, but the father said he felt the coronavirus doesn’t present as much of a serious risk as some media reports have suggested.

Joshua Rankin, who went shopping with Allyssa Jackson, said people can be safe going to the mall as long as they are careful and follow guidelines like washing hands.

“I missed it being closed, but there’s only a few stores open. It’s very selective ... there are not a lot of options,” Rankin said. “So they’re getting people in and out. They’re giving out masks, hand sanitizer and stuff like that, making people aware and being safe. and people are social distancing.”

Cathyann Neal went to the mall for a skincare product to have confidence about what was in it rather than buying it online. She said the mall reopening is a return to some normal life, but people still need to be cautious to limit spreading the virus.

“It’s a blessing and a curse at the same time to me. It allows us to come out of quarantine and have some type of normalcy. But on the other hand, it’s a curse because you don’t want to catch it and you don’t want to give it to anybody. At the end of the day, you still have to live your life, you just have to make sure to be cautious with everything you do,” she said. “Just be courteous to others as well.”

Cumberland Mall, owned by Brookfield Properties, is open 11 a.m. to 7 p.m. Monday through Saturday and noon to 6 p.m. Sunday. Safety measures there include hand-sanitizing stations, touch-free interactions, frequent and intense cleanings and social distancing directions, according to the mall’s website.

A well-loved restaurant on Marietta Square is closing its doors for good.